I have examined the question submitted by you with great care, & although I have not been able to find a single case, in which the immediate question has been decided: I think the better opinion is, that Mr Busti has not the power to revoke Mr Ellicotts appointment. The only authority conferred on Busti is to substitute, that of revoking when intended is usually & ought to be given expressly. So are the precedents & such is the result of general principles applicable to the subject. It is true that much may be said in favour of the authority claimed for Busti, & much agt. the inconvenience, which might result from the opposite doctrine; still I am convinced, that the matter, although not entirely free from difficulties, stands as I have stated it. But as there can be no doubt of the power of the principals to do revoke Mr. Ellicotts authority, and as they would probably act according to the advice of Busti; what would be the advantage of contesting his right. Of this however you are the best Judge.

I regret that you had not relieved my anxiety by informing me of the extent of Busti’s views & of his probable motives. I presume it is a part of his system of retrenchment alluded to in his letter to me; as I cannot suppose that he would think it either wise or honest so soon to contradict the professions contained in that letter. I go west in a few days when I hope to have the pleasure of seeing you & your amiable family. Give my best respects to Mr Ellicott & Mrs. Evans. Professions of regard for yourself would be superfluous, for you who know me entirely cannot fail to know the extent of my solicitude for your happiness & prosperity. I congratulate on the redemption of the western district and the result of the election generally.

NB The matter of fee is satisfactory & would have been equally so if you had sent nothing. 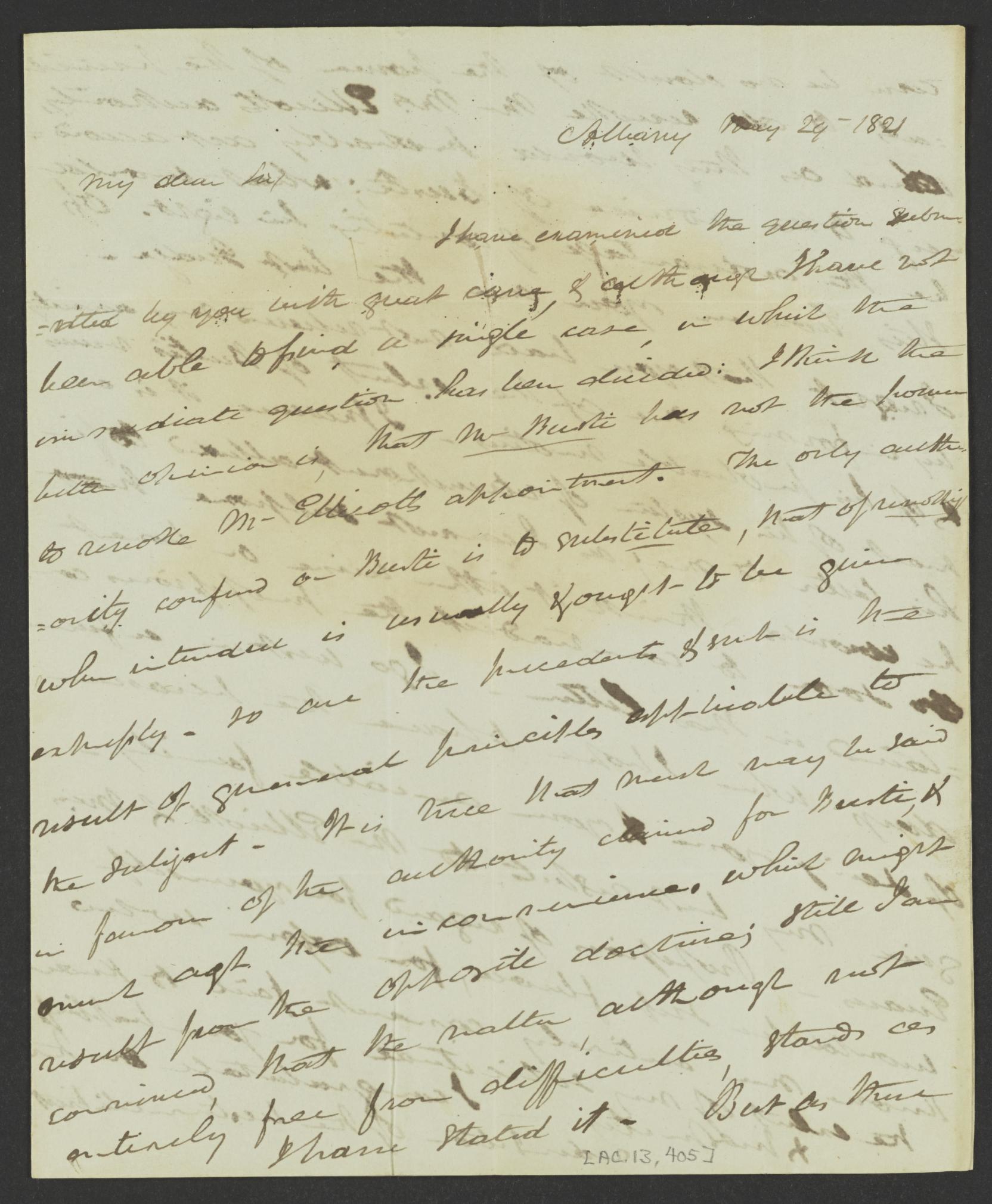 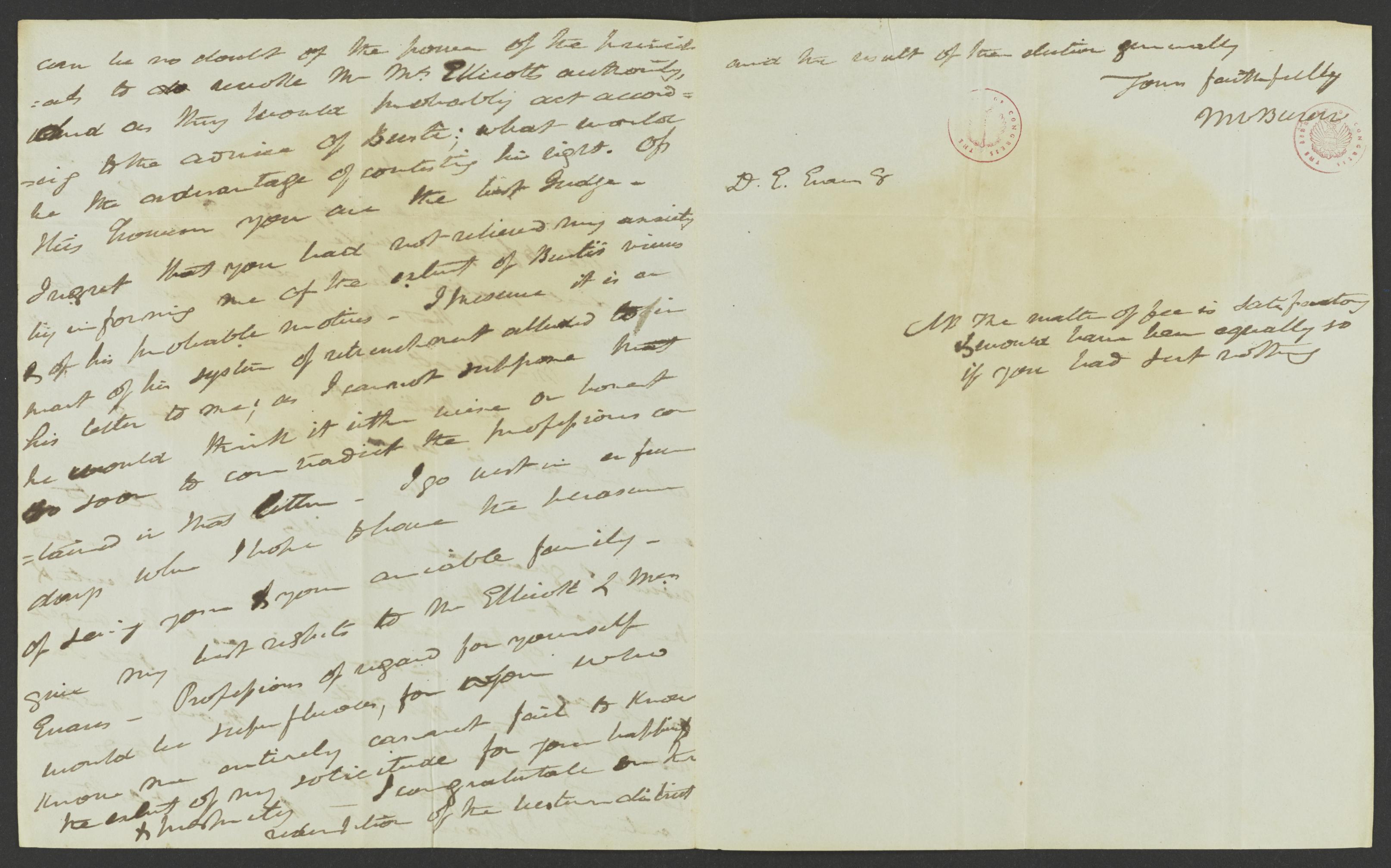 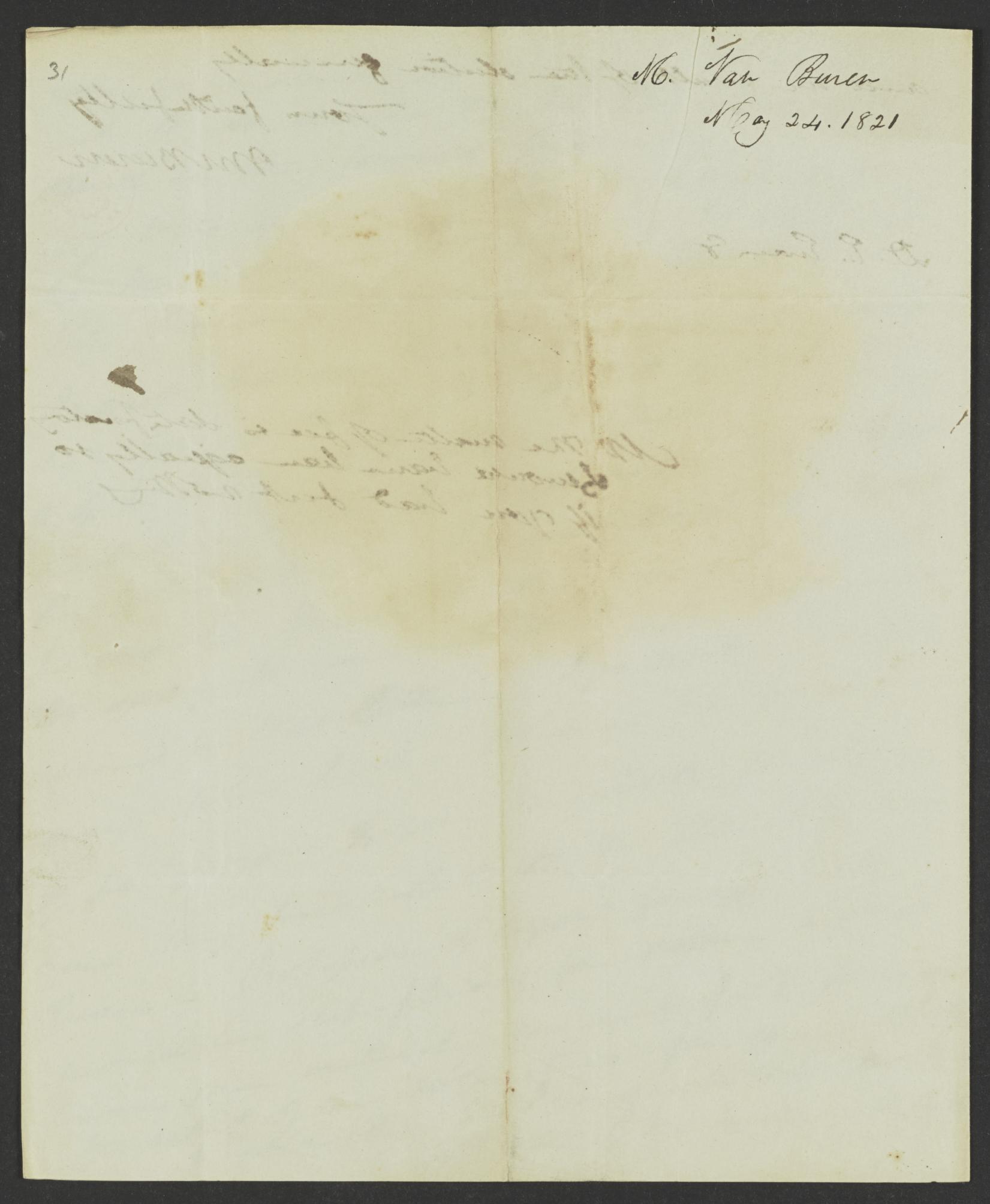