I take the liberty of sending you by Mr Tracy a copy of Kentilworth which though distressing in its conclusion, is I think one of the most successfull efforts of its author.

I confess I have been somewhat disappointed and certainly mortifyed in not learning from your good husband in the course of the winter, that you had expressed in your letters some concern about our political affairs & given us some of that sage advice from which we derived such essential aid during the "Winter of our discontent".

I can with great truth say that I never knew your husband enjoy so uninterrupted a flow of good spirits as he has during the past winter. Although it may not be entirely gratefull to the feelings of a wife to be told of her husbands content in her absence I am persuaded that first & natural feeling will be succeeded by one of Just pride & satisfaction to learn that in the difficult & in some degree distressing affairs in which he has been called upon to take a conspicuous part: he has acted as he ought & shewn himself superior to those crosses & vexations which would subdue weaker minds. That such has been the case is conceeded here by all, foes as well as friends.

Your friends here are all well & were much disappointed in not seeing you as they had reason to expect. Give my respects to Mr Ellicott & to the young gentleman.

I had almost forgotten to say that we look to you for the success of the election in your county this Spring—as it was said have been lost last year in consequence of your taking your husband to the South. 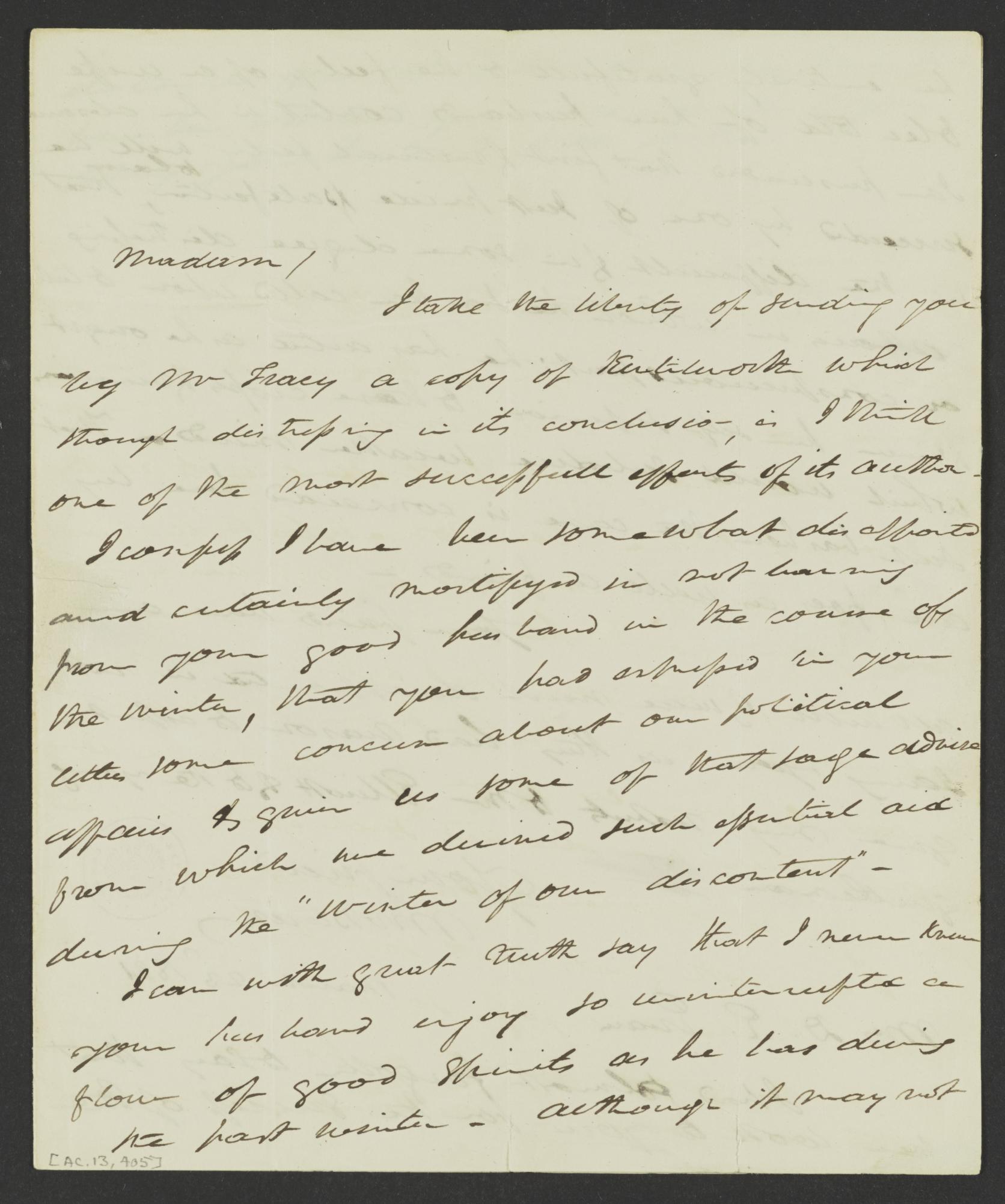 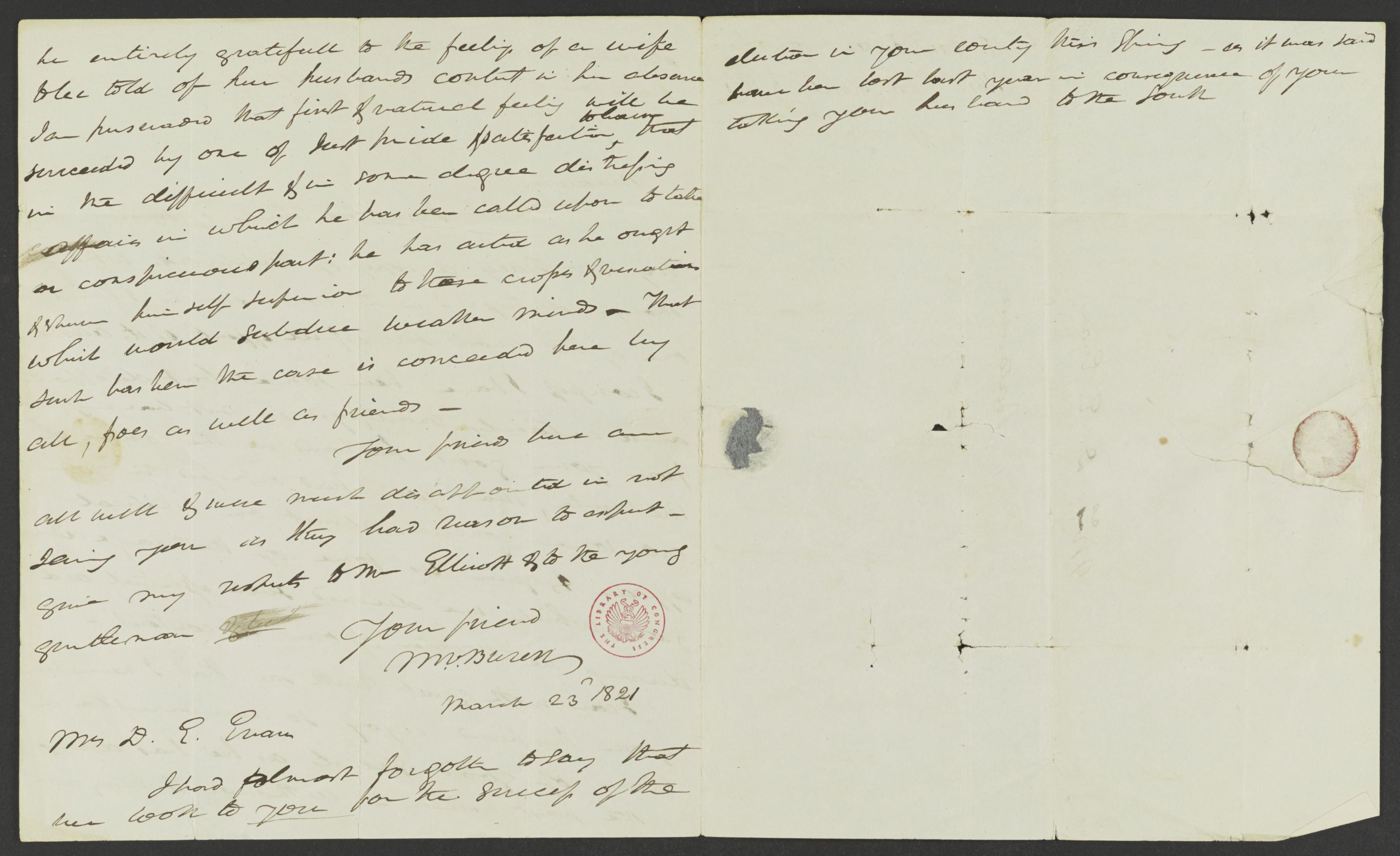 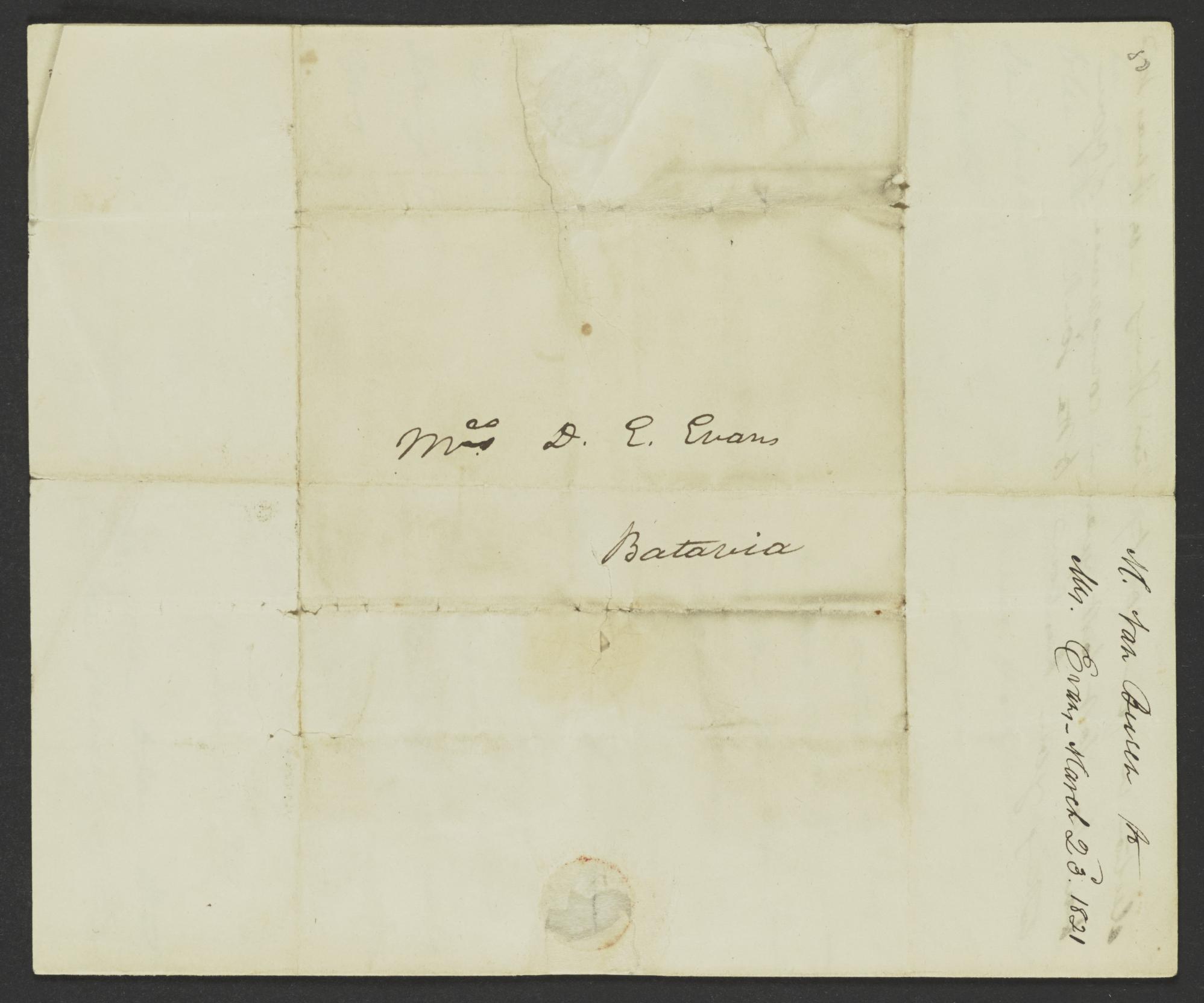