Know all men by these presents that we Martin Van Buren and Peter I. Hoes are held and firmly bound to Jesse Buel in the sum of three thousand Dollars to be paid to the said Jesse Buel his executors administators or assigns, for which payment well and truly to be made we bind ourselves our heirs executors & administators firmly by these presents, seald with our seals Dated, 17th July 1820.

Whereas Moses I Cantine & Isaac Q Leake have purchased from the said Jesse Buel the Establishment of the Albany Argus with all the appurtenances thereto belonging and for which the said Moses & Isaac are to secure to the said Jesse the payment of the sum of Seven thousand Dollars by their joint Bond with a Mortgage on the said Establishment the said sum to be paid in four equal Annual Installments with Interest, as specified in the said Bond; and whereas the said Moses on his part engaged to procure a Bond executed by Martin Van Buren & Peter I. Hoes, the above named oblijors as collateral security for the payment of the sum of fifteen hundred Dollars parcel of the said consideration money

Now therefore the condition of the above obligation is such, that if the said Moses & Isaac shall well and truly pay or cause to be paid unto the said Jesee his executors administators or assigns, the said Annual Instalments with the Interest as the same shall become due and payable, then this obligation to be void otherwise the said Martin & Peter are to pay the said Jesse the sum of fifteen hundred Dollars or such other and less sum as the said Moses and Isaac shall fail to pay of the said principal sum and Interest.

1820 July 28th. I have compared the within bond & letter with the originals, & find that they are true copies. I enclosed delivered the letter inclosing the original bond executed by Peter I Hoes, in presense of L. Goes in the post office directed to ^<illegible>^ Martin Van Beuren–Albany–all done at the request of Mr. Hoes 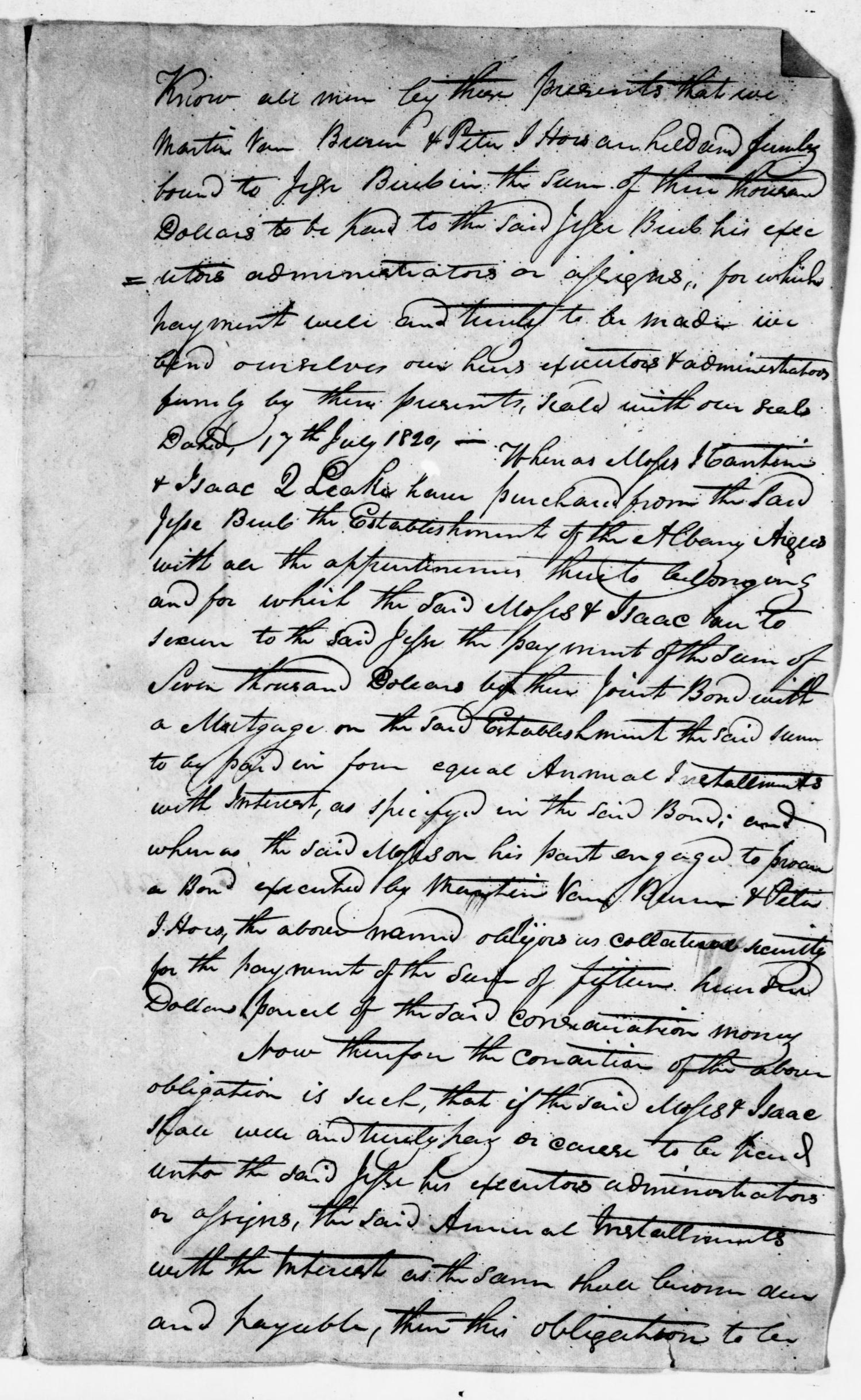 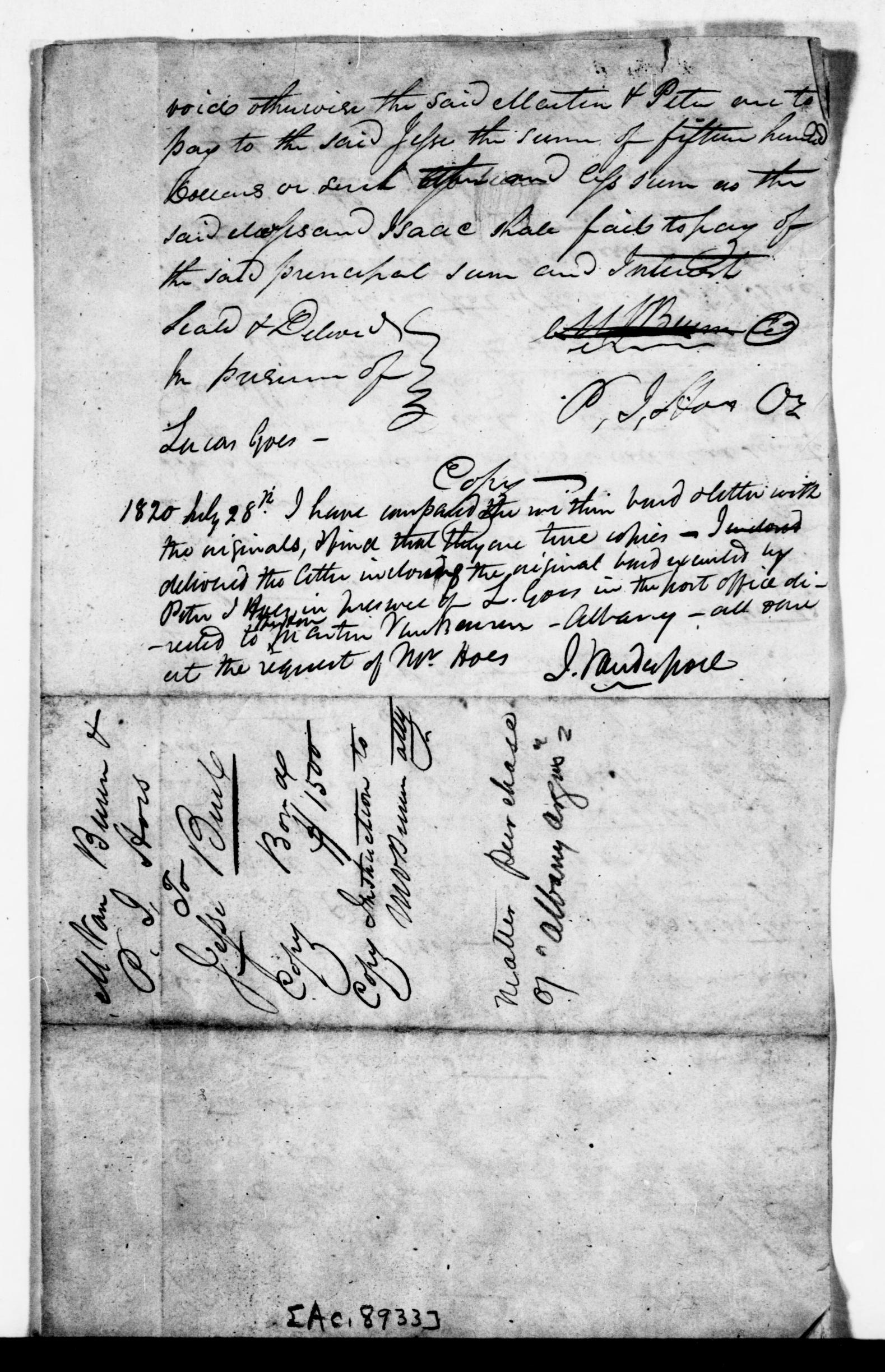