I have just recd. yours of the 12th. I must deal frankly and especially with all who may unjustly claim that I shd. discard Rumor in writing to him on a subject, personally as well as politically of great moment. You cannot be ignorant of the course that I have, even at first with some hesitation, believed it to be my Duty to pursue relative to the Missouri question. That discussion has revealed  more than I may have apprehended, but at until now I never saw in their naked and dangerous Deformity. The opinions & Demands now for the first time published, so contrary to the chief ends, and the clear Provision of the Constitution, will not only affect & alarm the free states, but move their Citizens more powerfully, than any antecedent Plan or demand of Power that has formerly existed, or been imputed.

All Parties among us may, & it will not surprize me if they are merged in this Controversy between Freedom & Slavery, but to my Case; it is here stated with confidence, but I fear without the slightest truth, that the V. P. not only doubts the power of the Constitution, but the expediency whatever may be its construction, of resisting to resist & restrain the Extension of Slavery.

From my Conversation with the V. P. I had no reason to suppose that he felt any Doubt or Difficulty on this subject; wh to my mind is as clear on any question can be, but not more clear than important.

The Question is to lead to great Results, and I shd. be unhappy to think, or fear that, NYork would be a divided Body. I hardly can conceive of a greater misfortune. I had almost said of none—than such Division. I cannot answer this Evg. a letter just recd. from J. A. H. Communicate this to him. To you & him let it be strictly confidential. I cannot now add except that I remain truly & faithfully yrs 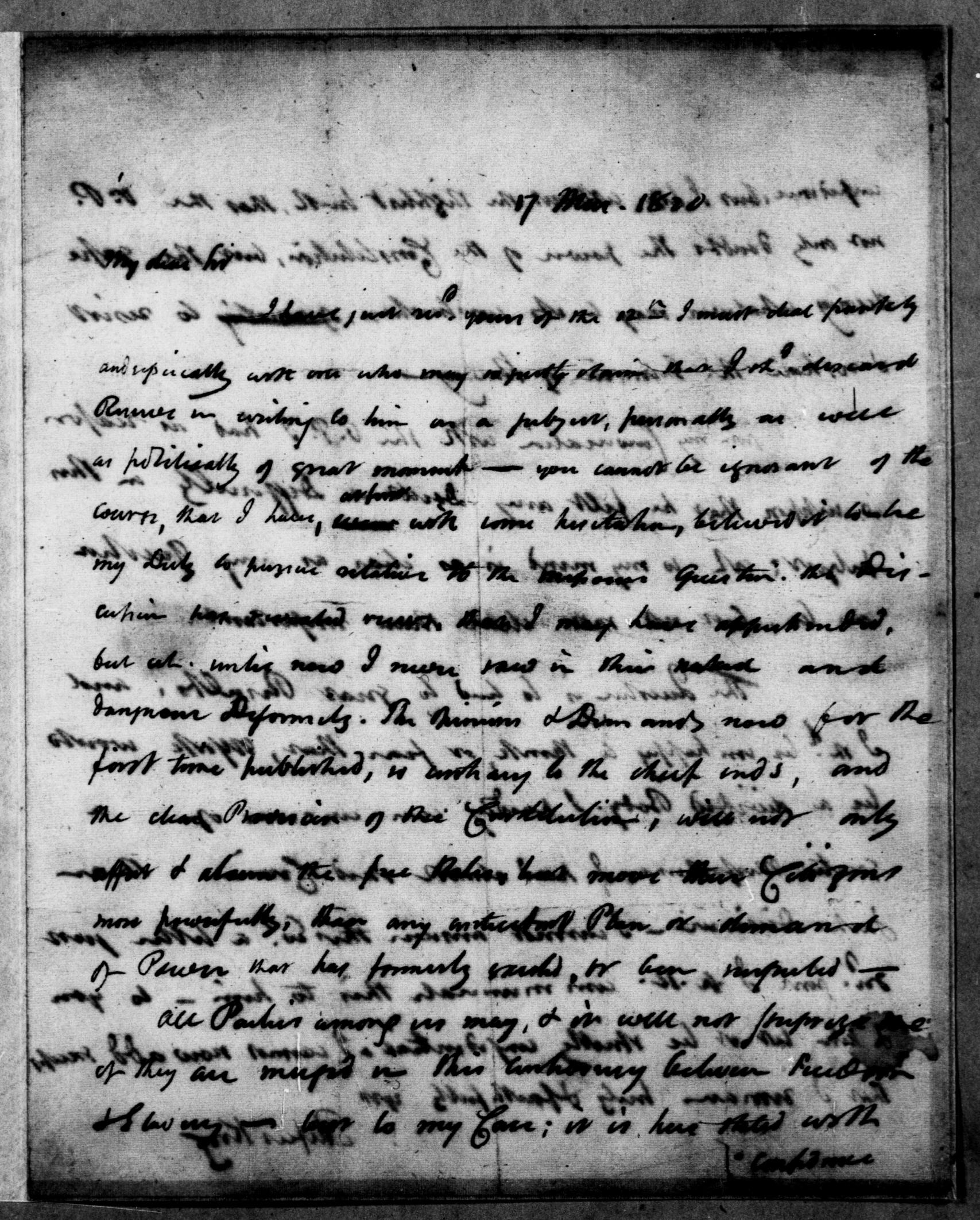 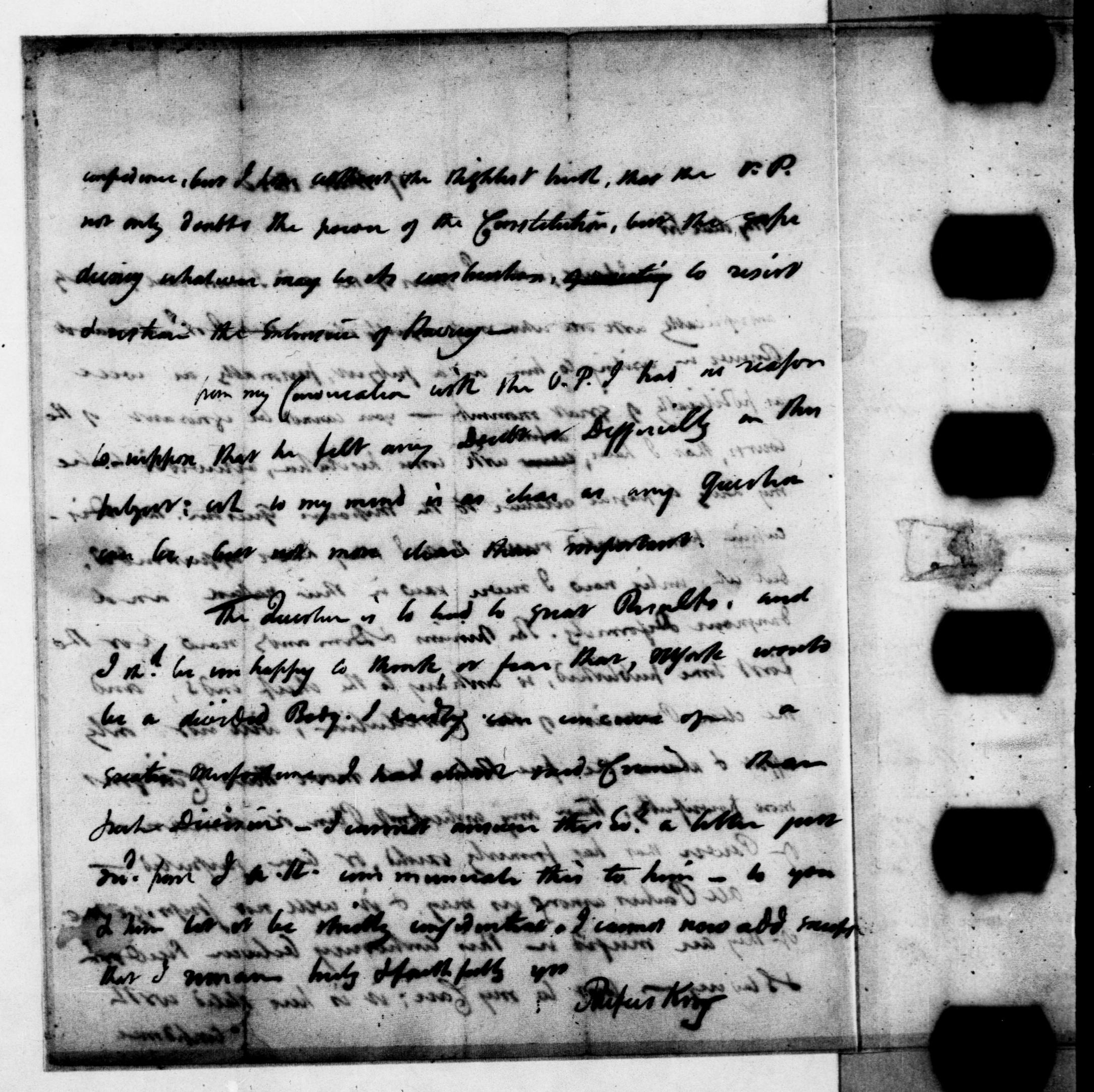 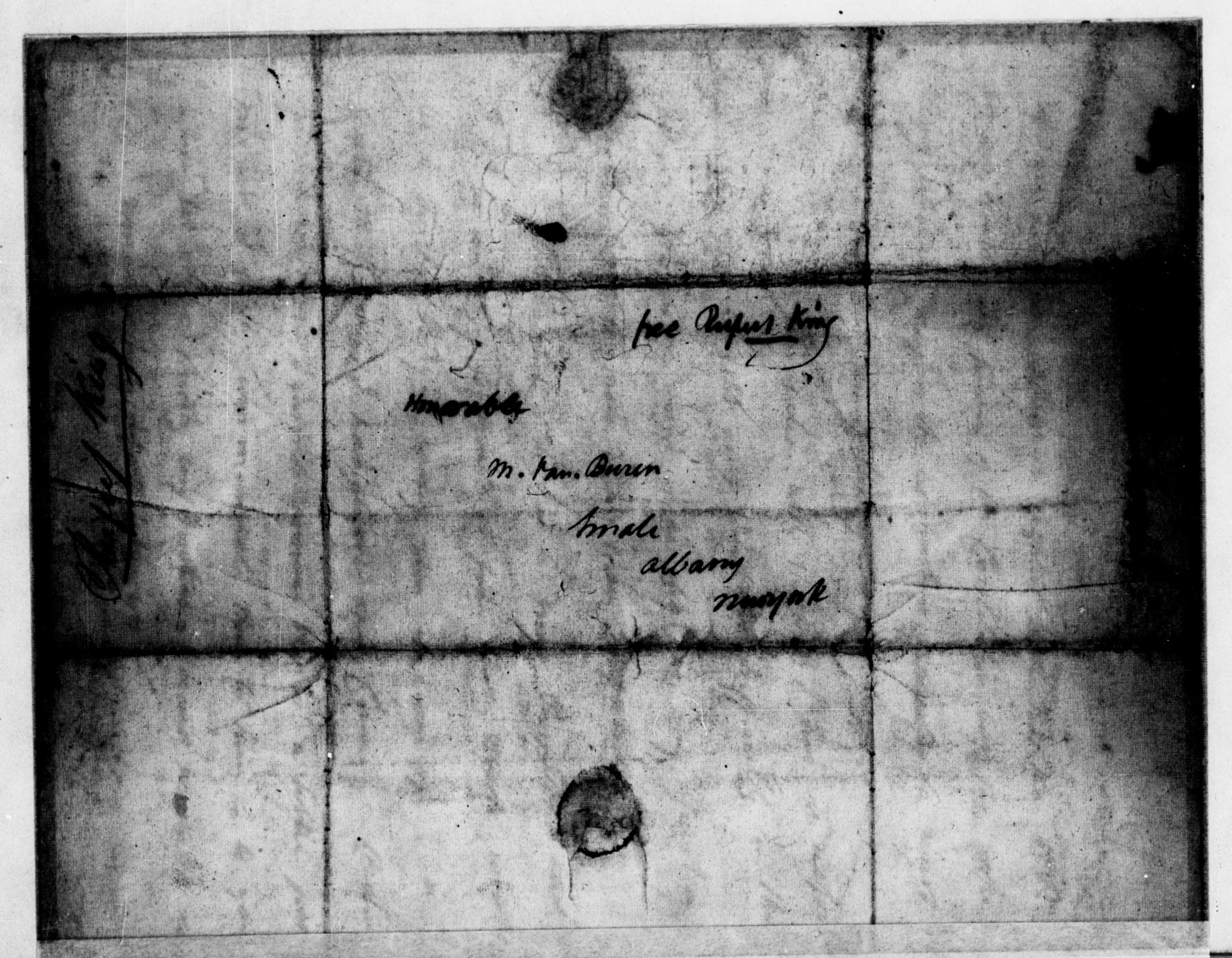