I recd. yours of this morning & in reply have only to say, that if the Gentlemen who our friends support for the Council could be induced to ob make any stipulation either who they should would appoint or who they would or would not remove as an Inducement for their support, I would not only oppose them to the extend of my means but would publicly upraid them for their profligacy. I thought I had made myself understood by you before. We esteem & respect you & would be happy to see you & your friends in the Republican ranks—where there you will be well used, but the Idea of making any Stipulation to secure the support of Federalists is wholly inadmissible If you do not think we are honorable reasonable men you ought not to Join us if you do, you should never think of Stipulations. The effort you are making (& which I suppose you had accomplished) to abandon the fortunes of a party which was once powerfull & respectable but which by the practices of those who have been suffered to lead it has been reduced to a remnant usefull for patch work only more <Webster> is commendable ^it seems is deemed by some strange fatality to is doomed to be forever lincked to the case of faction is high ^^both^^ wise & Just^ it requires however firmness to do it manfully & in that I hope you will not fail. We trust to the people & with them we know we are Safe. Federalists may once more be deluded with the hope that there party will ^again^ [ri]se to power—but we will not be disappointed in our Just expectation. Your sincere friend ^It is however a source of great gratification to me that while others are^ bartering their principles for self you have throught shewn a most disinterested disposition & ^that^ in the particular request under consideration your motives are wholly so.

Mr Tibbits was an old Federalist who wanted to join our party. It was at the time suppos[ed] but as the result shewed the impression was erroneous, that he could controul the choice of the Council, which had at its disposal the patronage of the state. 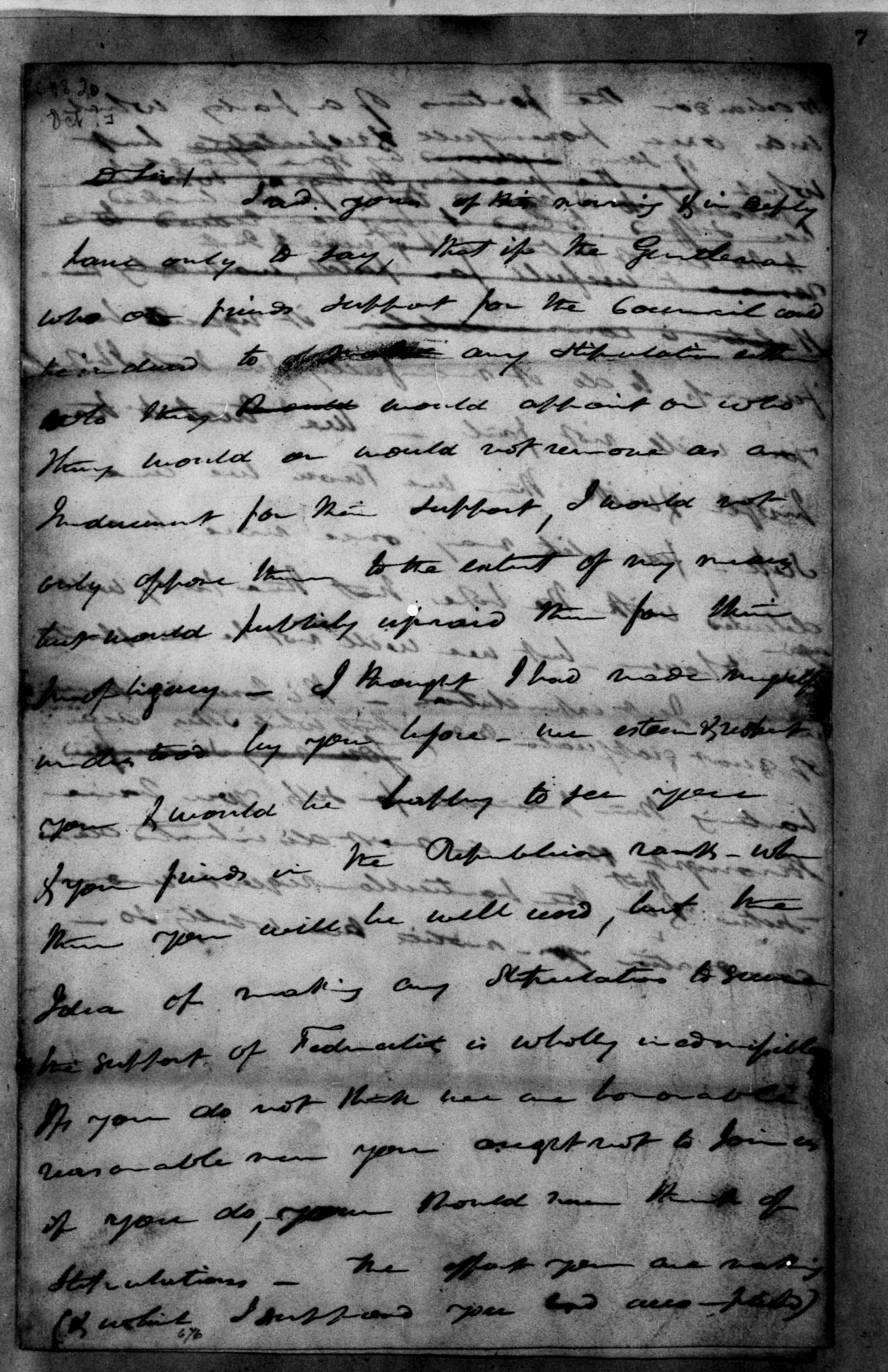 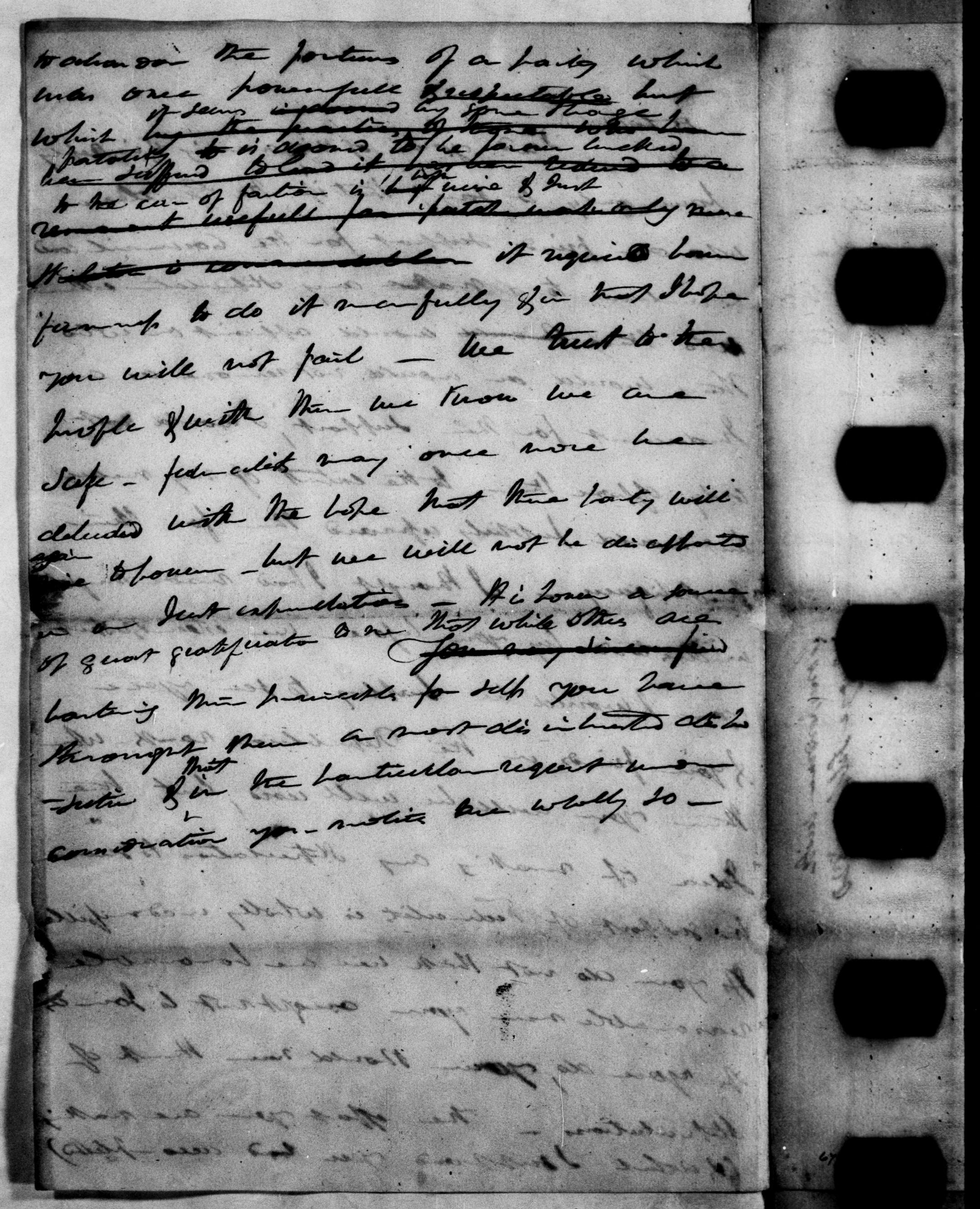 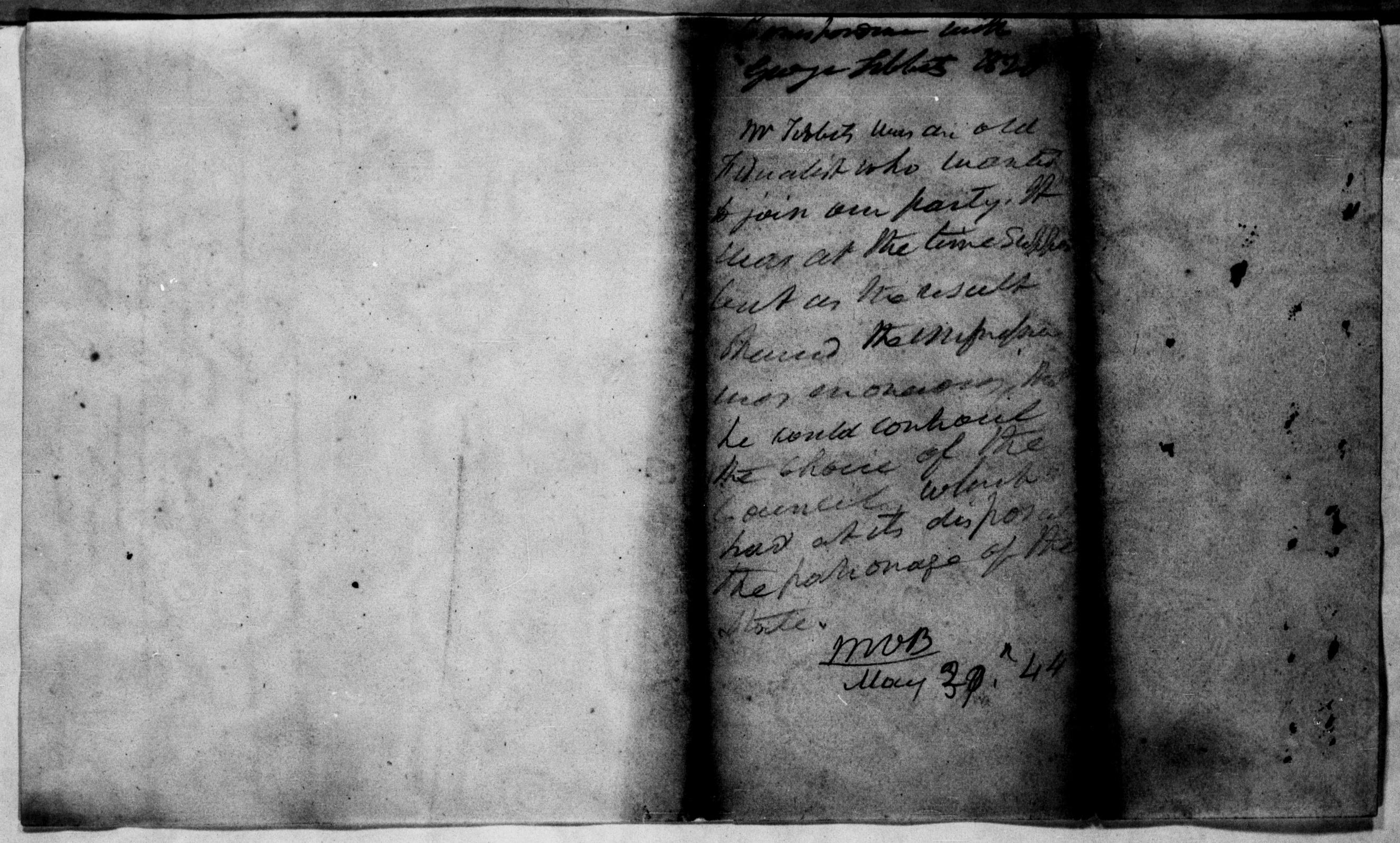 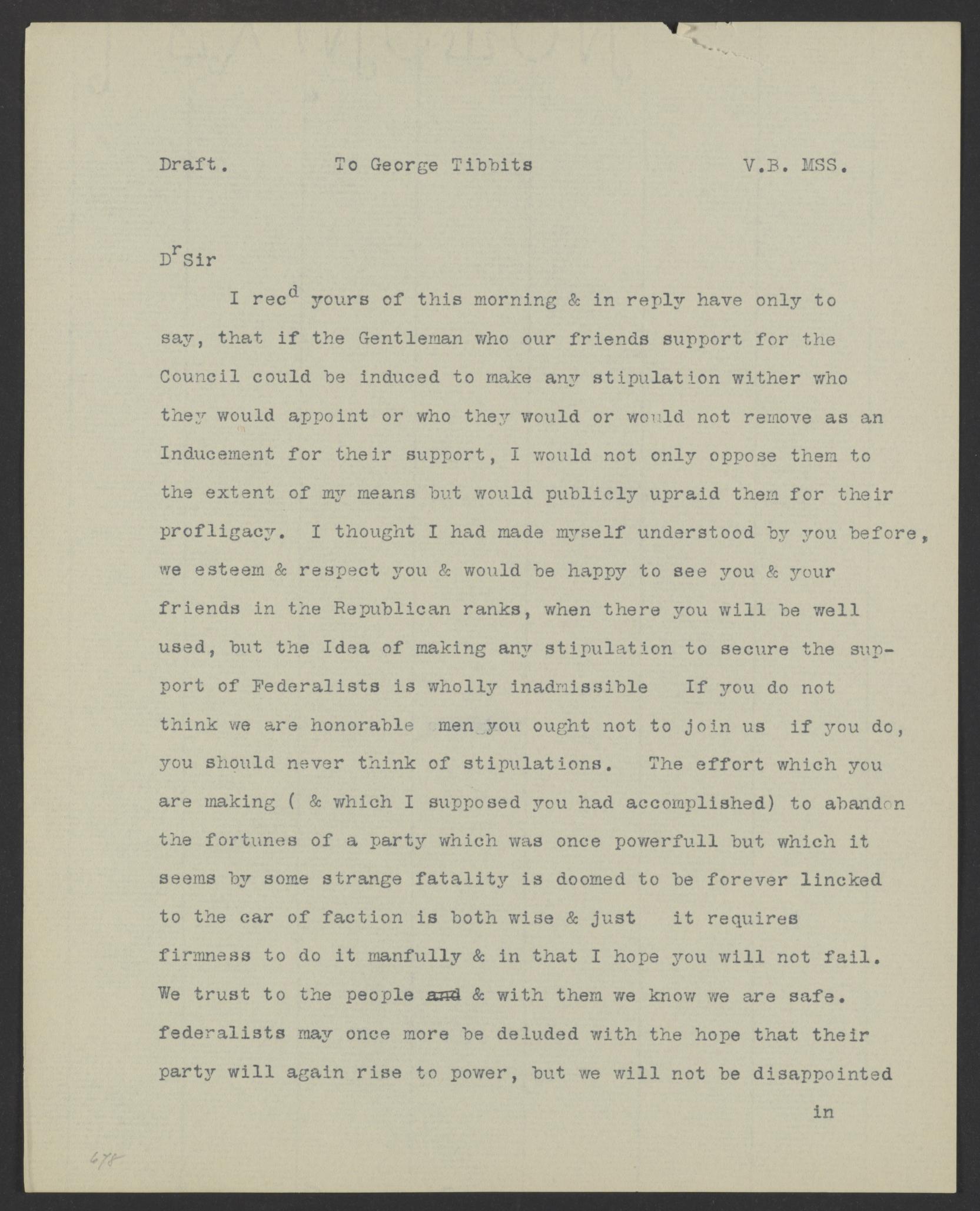