The Republican members of the Legislature have had a meeting here and with great unanimity nominated the Vice President as our candidate for Governor, of which notice has been sent to him. Some of our friends think it is dangerous to support him under existing circumstances and all apprehend that he may decline and that his doing so, would throw us into great confusion unless we could be authorized to bring forward the Secretary of the Navy, which it is conceeded on all sides would effectually settle of Mr Clintons future prospects. Upon this, to us the most interesting subject, I take the liberty of addressing you and soliciting your interference with our friend the Secretary. A few of us ^to whom^ alone the matter is known have written freely to the Vice President on the subject and to meet the event of his having left the City of Washington, I have sent a Copy of ou[r] Letter to the Secretary, of which circumstance the vice President is also informed. I have also written a hasty note to the Secretary, of which I send you a copy, of which latter circumstance the Secretary is not informed.

There are many points of view in which it would be desirable to place this subject before you, but which the limits of a letter will not allow of, but which I am fully satisfied you will well appreciate without further Explanation, I will therefore only say, That if the vice President is with you and upon a free discussion between you, the Secretary & himself he should resolve to decline, you can induce the Secretary to consent to our using his name or in the event of the Vice President having left you, if you can induce the Secretary to write to us, that if the Vice President declines I may in my discretion use his name, you do a lasting benefit to the Republican interest of this state and I firmly believe in the greatest degree promote the public good.

It appears to me that to check Mr Clinton's career is a matter of as much interest to our sister states as to us. He has collected around him a set of desperados, who instigated by the hope of official plunder will never be content to limit their depredations to the boundaries of this State, but would if successful here without doubt extend their incursions abroad. I cannot therefore but hope tha[t] Mr Monroe would under suitable explanations interest himself to prevail on Mr Thompson to comply with our wishes, He certainly could in no way do this state a greater ser[v]ice, How this could be done is not for me to say and I know of no man to whom I would even broach the subject except yourself. Every man, you know, has his ulterior views in Life. I think I know the Secretary as well as any man living[.] He is unambitious & for himself wishes nothing so much as retirement, He has long been ballancing in his own mind as to the prosperity of asking the place of Collector of New York, He has an utter aversion to occupying the Chair of this State, but if he could see his way clear for an early retreat, from it, he might be content to take it for a season. Again, if his present place could be kept in reserve for him for one or two years. If that was preferable we might I trust supply an occupant from this state, who would consent on such pressing inducements as exist with us to be used on the occasion and who might be no discredit to the administration, You will at once perceive the extreme delicacy of this subject and the propriety of my wish to avoid multiplying unnecessary words in regard to it. The honor & prosperity of my native State is my sole inducement, one which has led me into a trying controversy with a band of able but as I conscientously believe very conscientious ^profligate^ men. Success in this point would put all at rest & newyork instead of continuing to be the head quarters of faction might look forward to some respect & consideration in the union. I submit it all to your discretion & better Judgment, only adding that every hour of delay is to us most distressing & that if the Secty so wishes it his letter to me may in case the Vice President has left you request that I do not use it unless the V. P. peremptorily & unconditionally decline on any other fair condition. The mail is about closing & I must throw this hasty scrawl on your Indulgence.

about Thompson as candidate

for Gov of New York 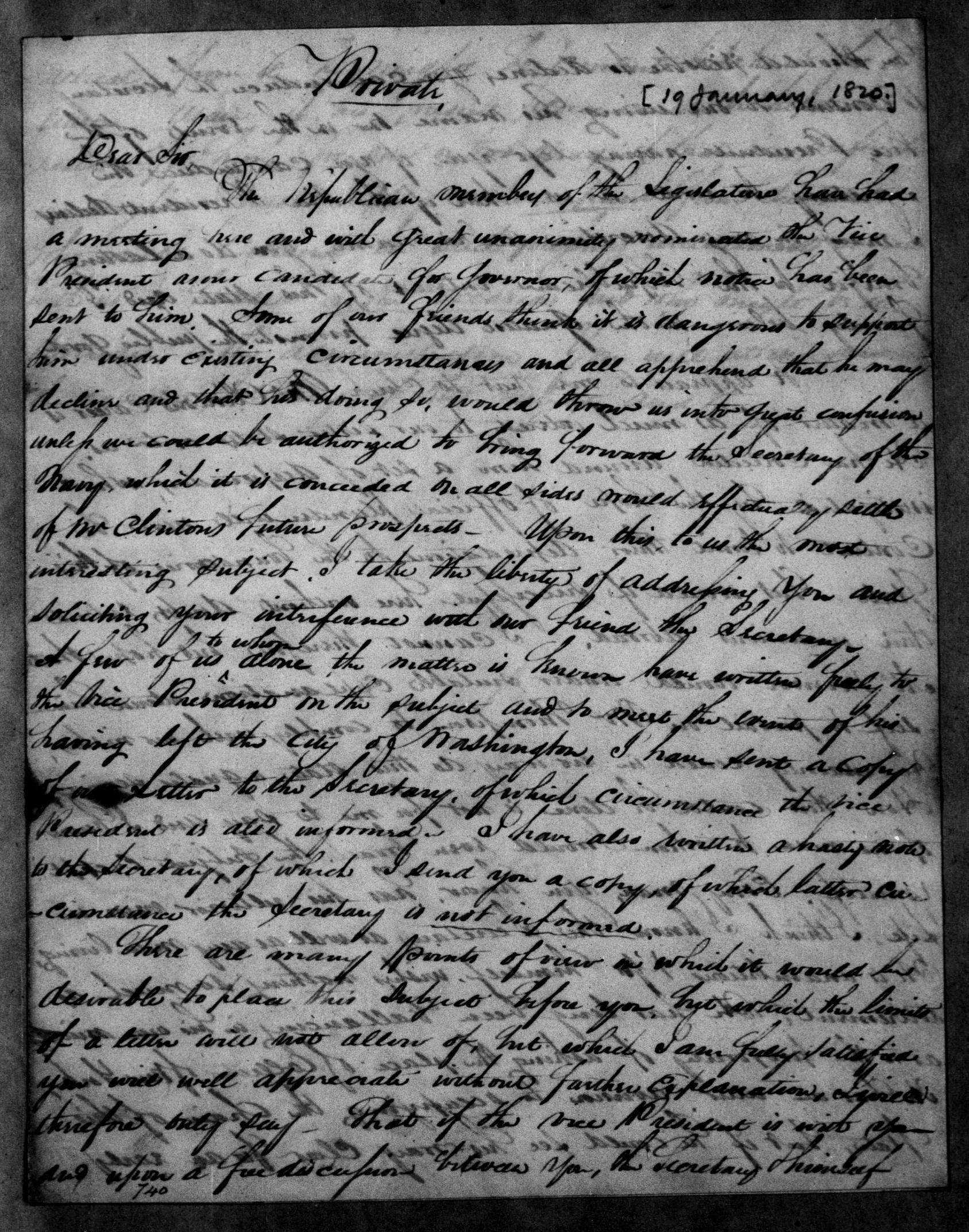 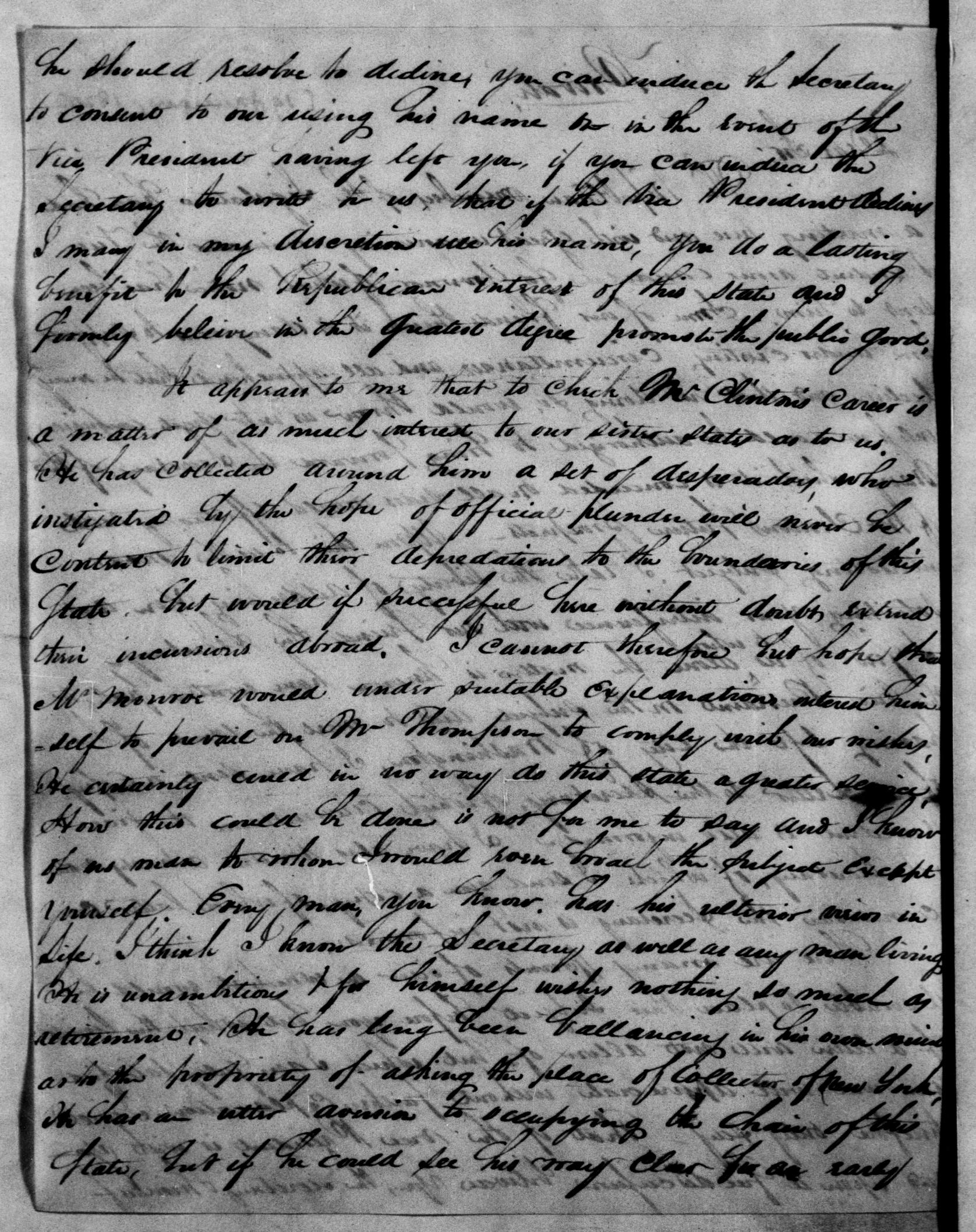 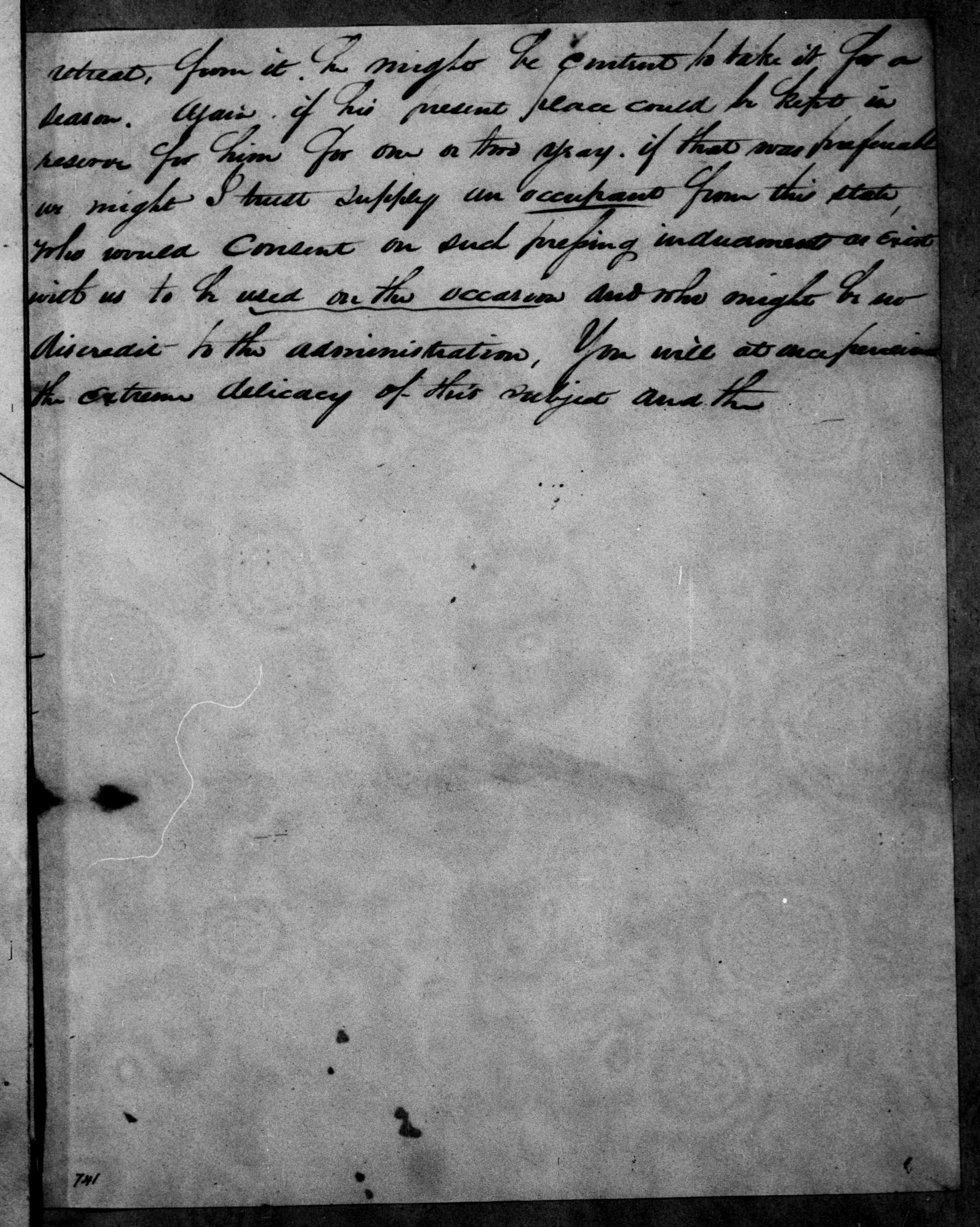 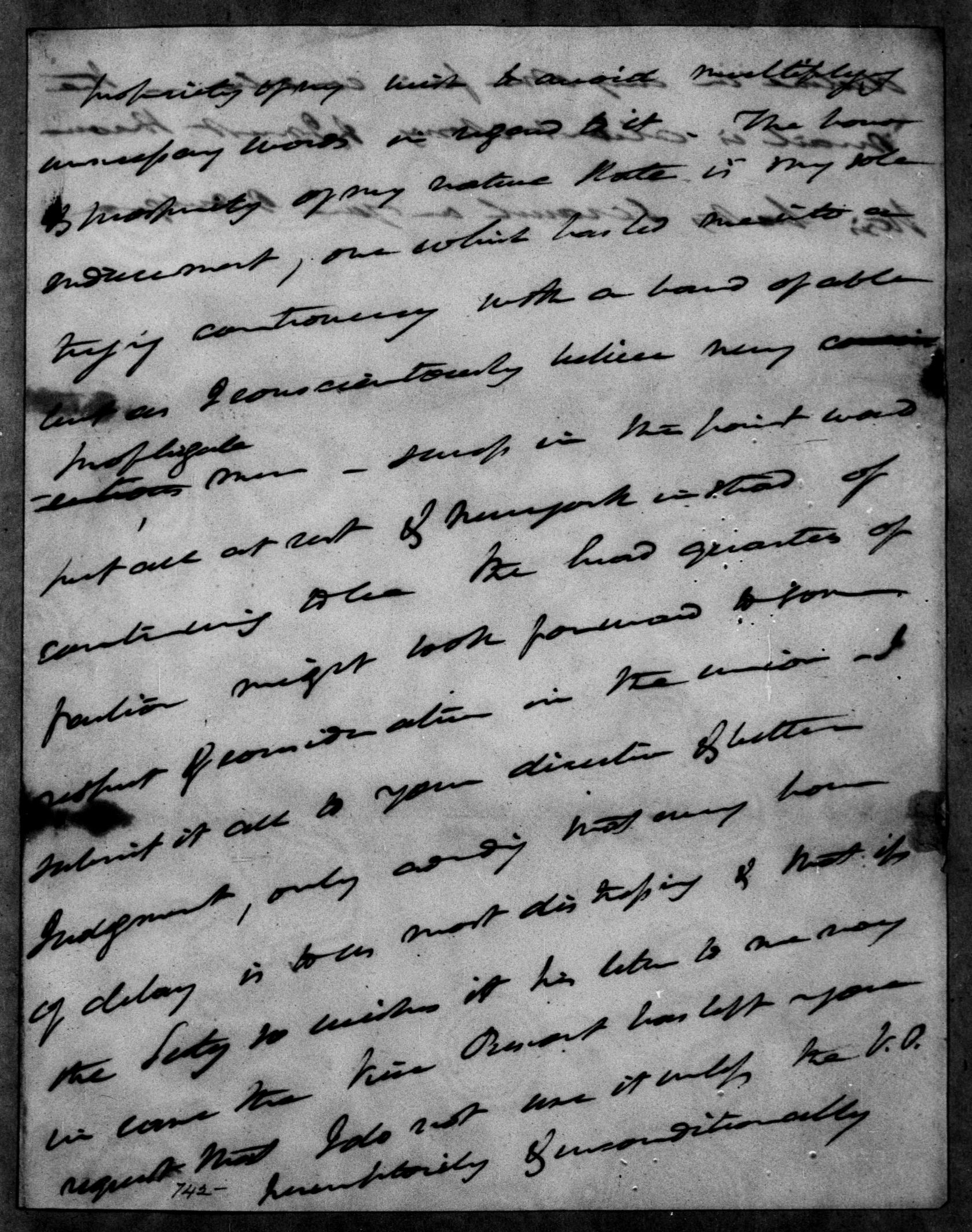 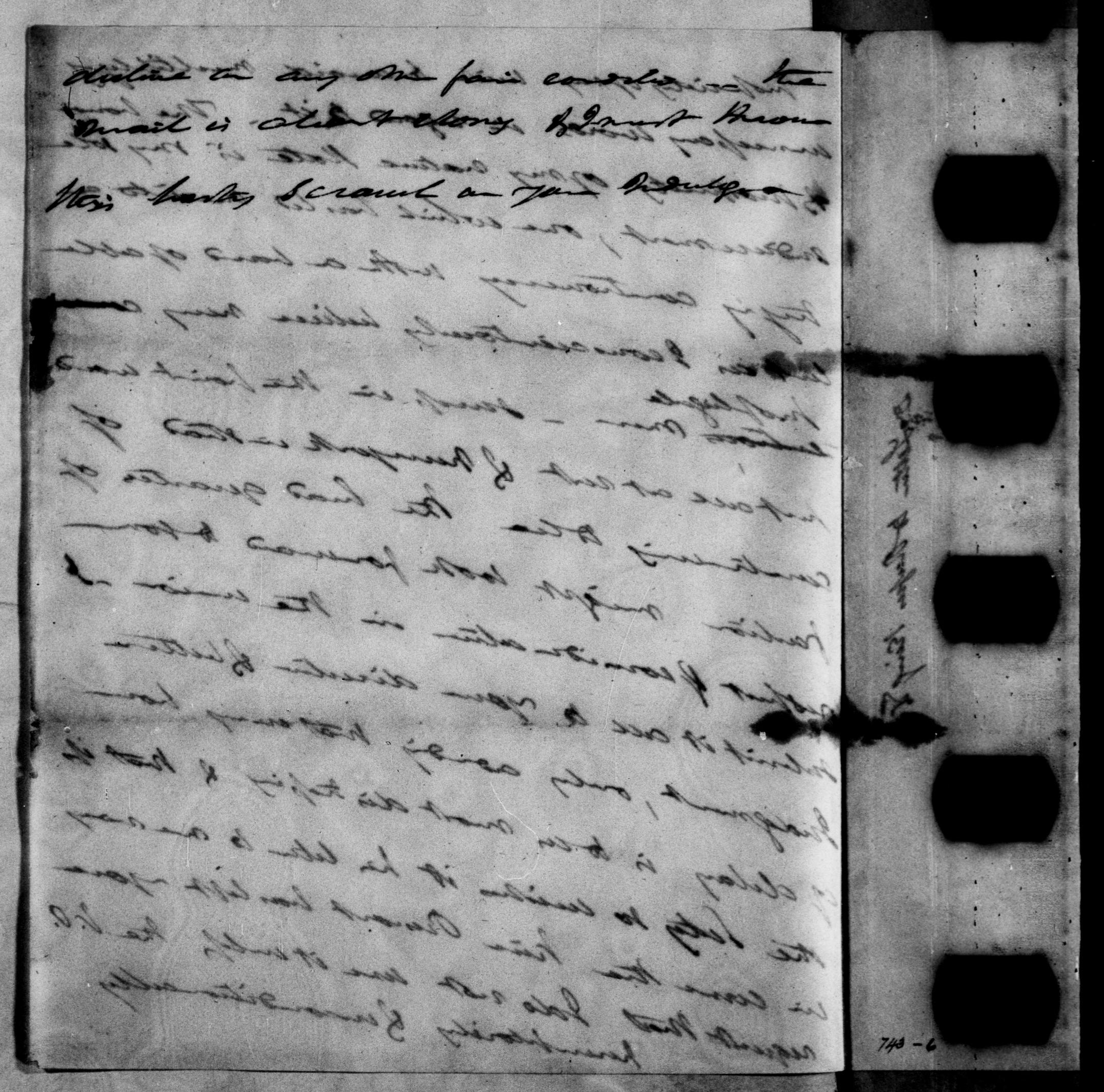 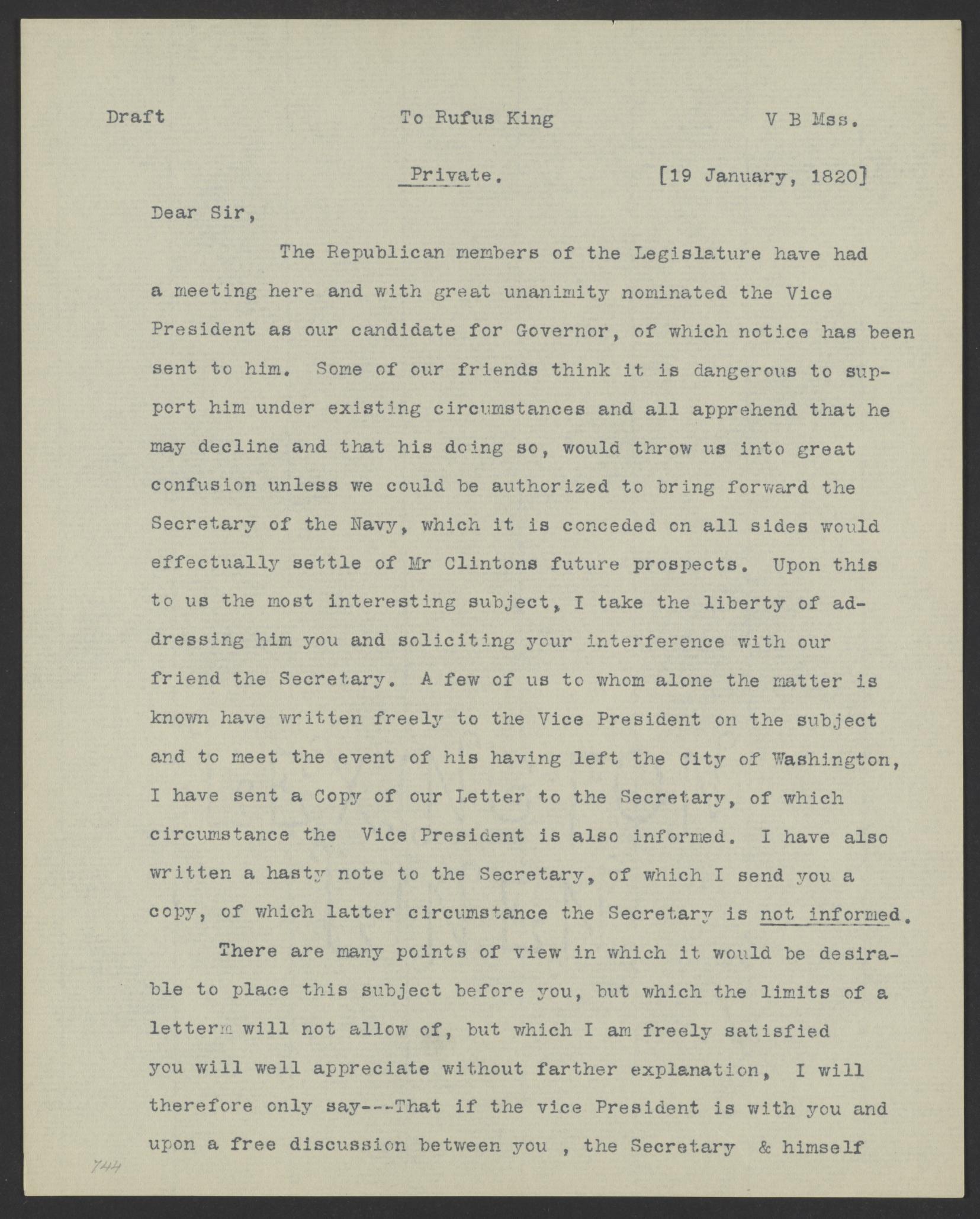 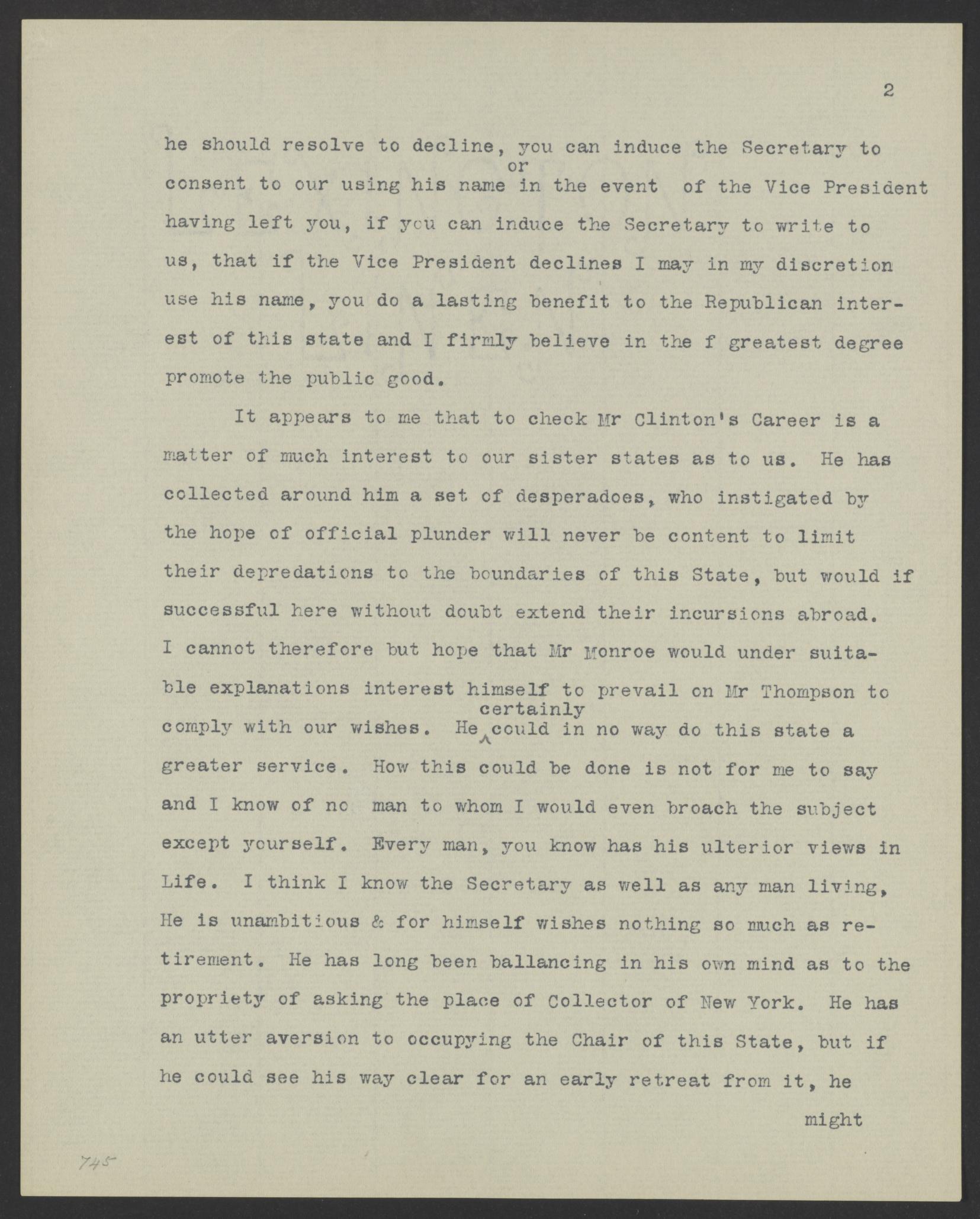 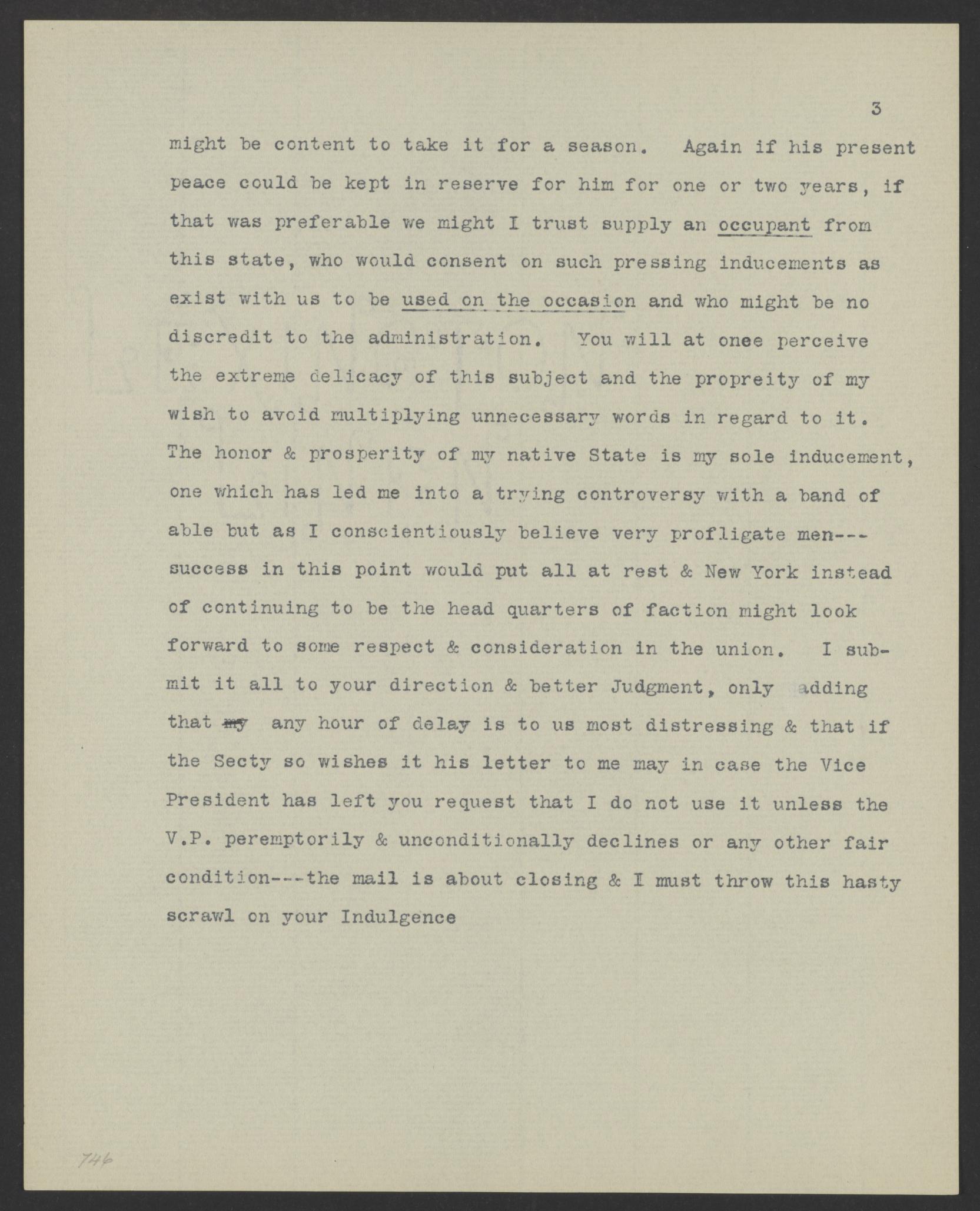