I have the pleasure of informing you that in the city of Albany, we have gained 82 Votes. The 35 in Bethlehem, & divided Rensselaerville, & from wh the information received from the other towns, without being able to Calculate accurately, we shall razee the majority in Albany County from 300 to 500 Votes. A most extraordinary & shameful vote combination was formed to erase your name from the Senatorial ticket & substitute Wickam; & with all their effects & intrigues, operating with system & surprise, they ha succeeded in depriving you of only 23 Votes less than the other Candidates. Isaiah Townsend, Sebastian Vischer possibly aided by some of the State Bank Directors were the active assailants From the manner in which this Conduct was received by the Republicans generally their efforts were perfectly neutralized on the last day of the Election, & of course little was done, & if the plan succeeds no better in other parts of the district there will be little diversion. We were at first apprehensive that its extent would have been much greater. It has created a most astonishing odium agt. the State Bank because our Republicans in <Court> It Could not be led to believe that it arose out of the part you took in the transfer of the State deposits. We have heard nothing from either the North or the West, but we have little doubt of Electing our Governor by 6000 majority. A great many federalists have voted for him in Albany & he stands on many of their tickets alone. Savage it is said will lose his Election in Washington, also Throop for which they are to thank the $1500 Vote in Congress. I hope I shall see you in Newyork in a few days. I remain 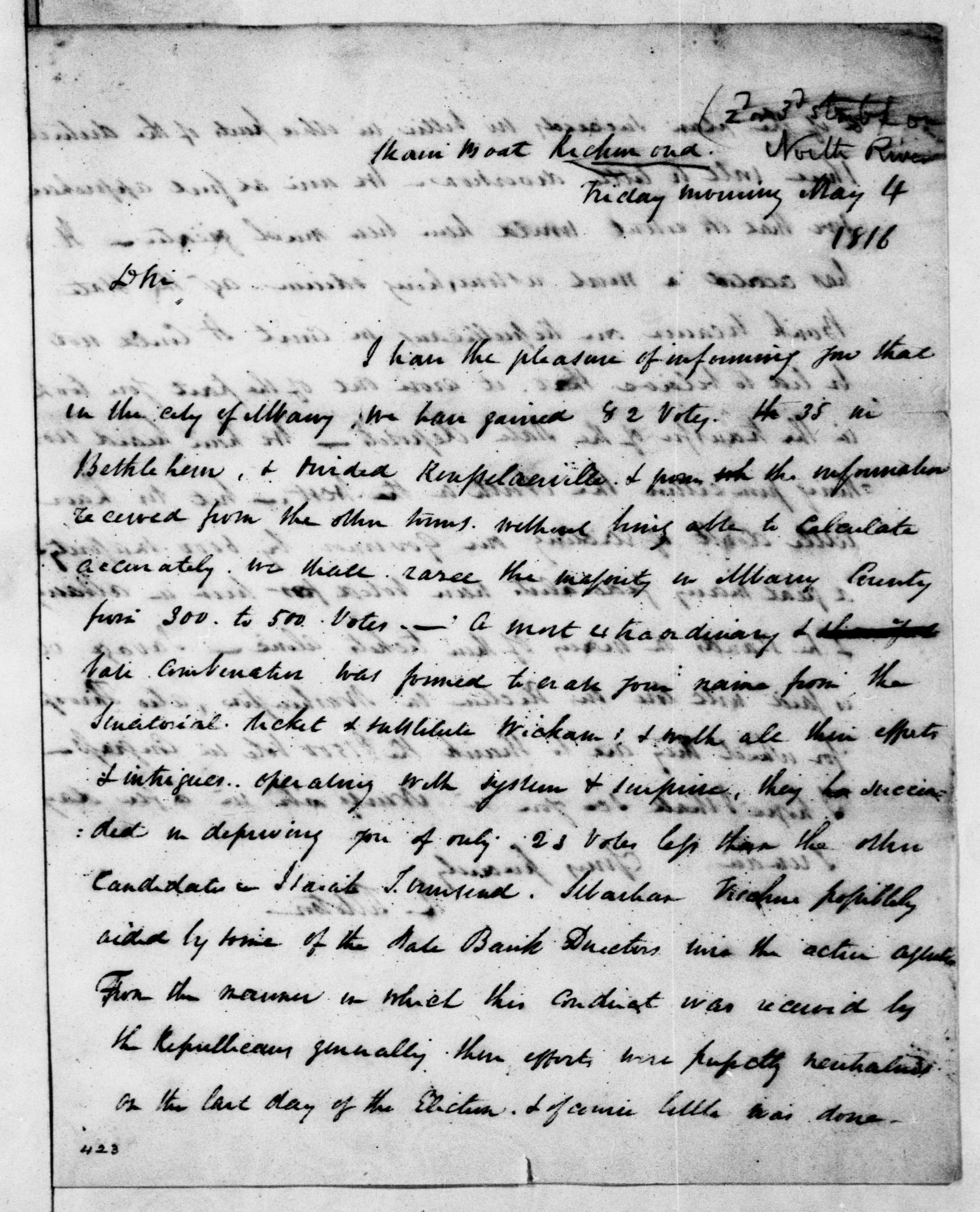 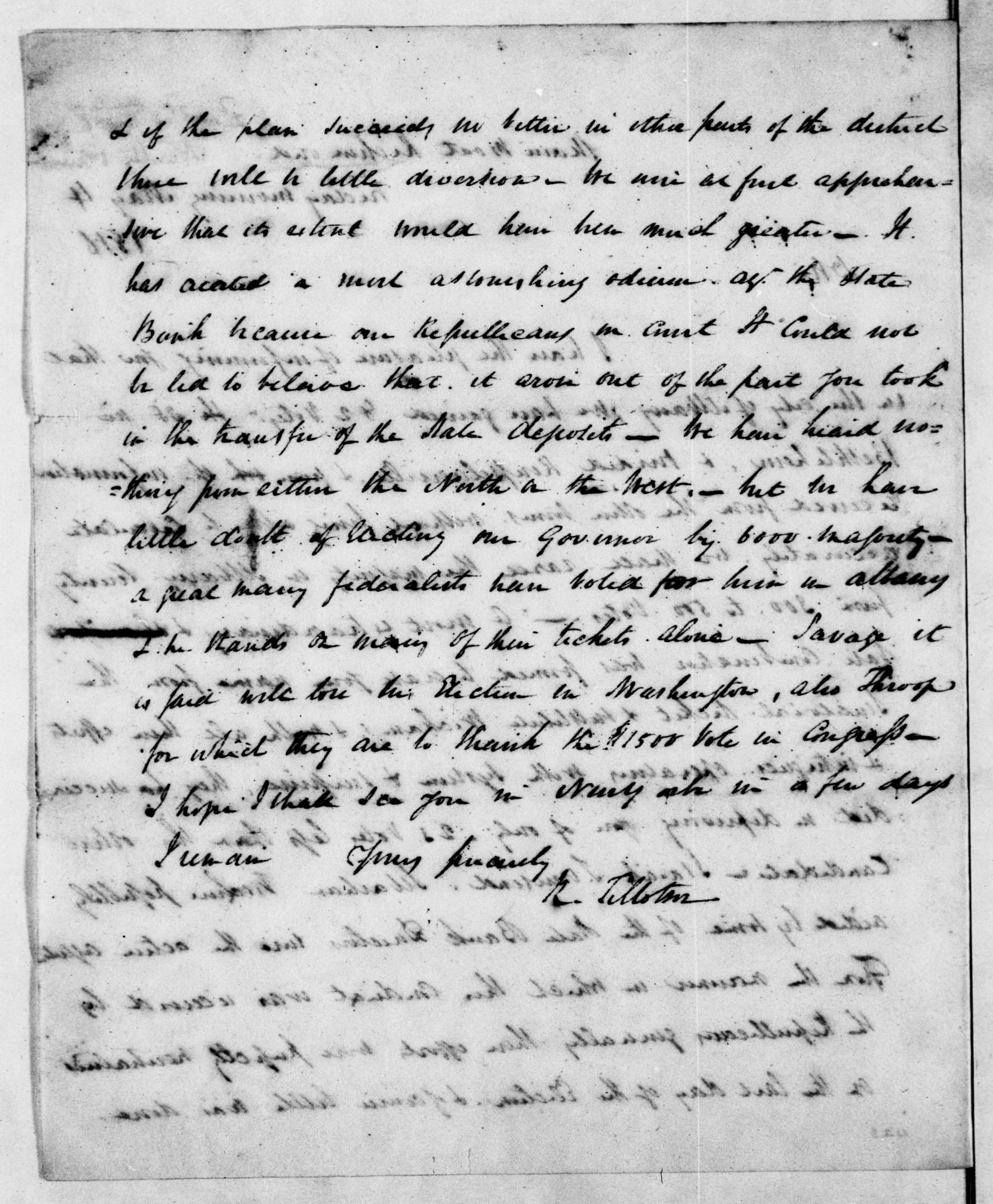 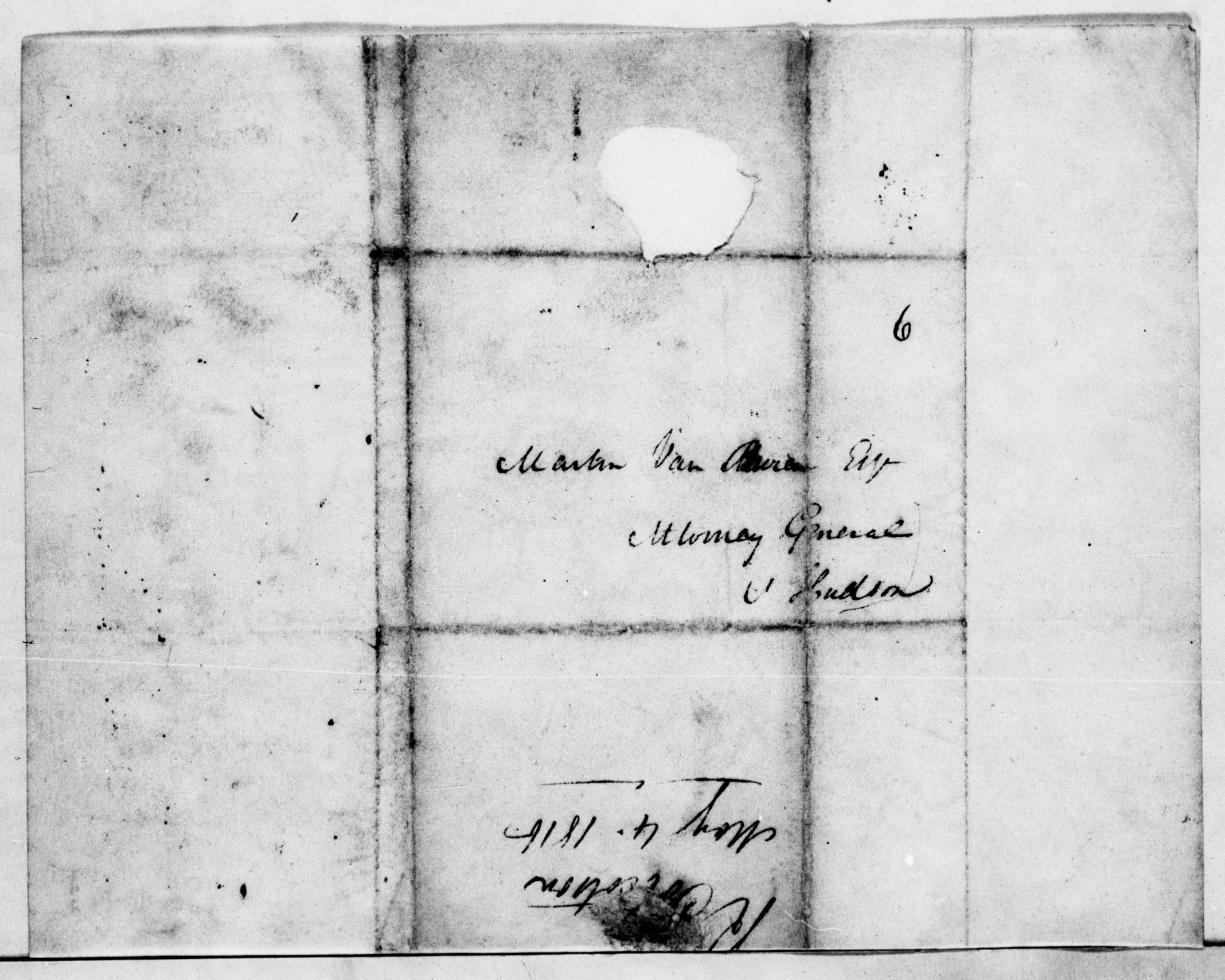