The dirty billingsgate of the Wig has been generally read here and universally & openly reprobated by all respectable Federalists. It was my intention to have sent Franklin down by tomorrows boat but have been prevented by the following circumstances. Yesterday Mr. Van DerPool saw me & informed me that they had distroyed the paper the moment they saw it & that Stones conduct could not be reprobated more by ^any^ one than it was by them. This morning Genl. Livingston called on me & to say that he, Col. VRenesselear & Mr. Van Der Pool thought it due to themselves their friends & to me that their views & those of their friends should be distinctly understood—that they refus'd so far from countenancing or encouraging the editor of the Wig they despised his conduct & that Judg[e] Van Ness had g written to him that unless he desisted from his course they would withdraw their support & that this was their determination. Mr VDrPool assured me that he well knew that Mr Williams entertained the same feeling that they did. All my friends here discuss express their wishes that I should take no kind of notice of it. Of this I will suspend determination. Under these circumstances I submit to you whether it would [. . .] be proper to lay by for the present at least. Shew this [to] Abrm. &c.

I cannot leave here in 10 Days we to day rejected the Unadilla County bill. 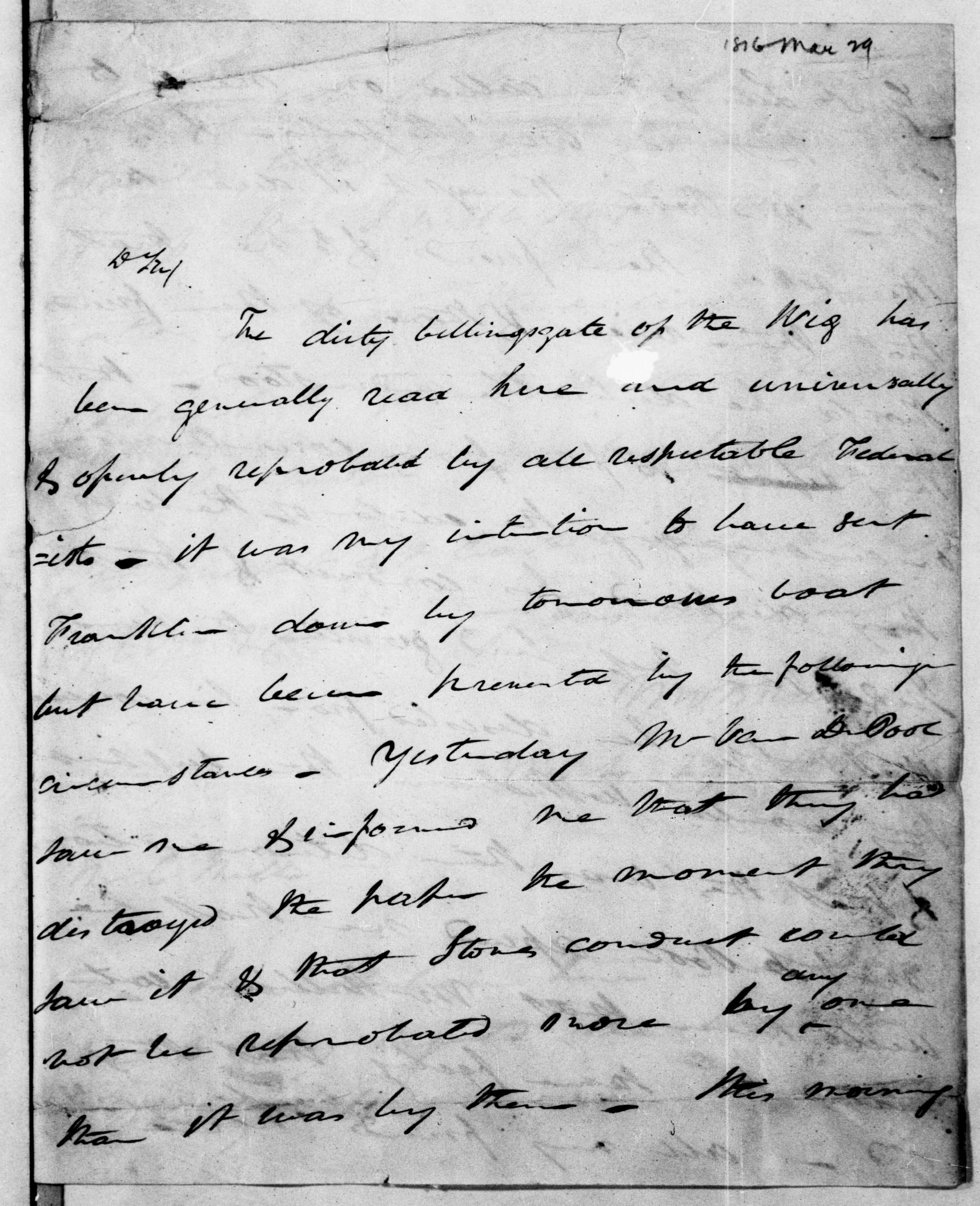 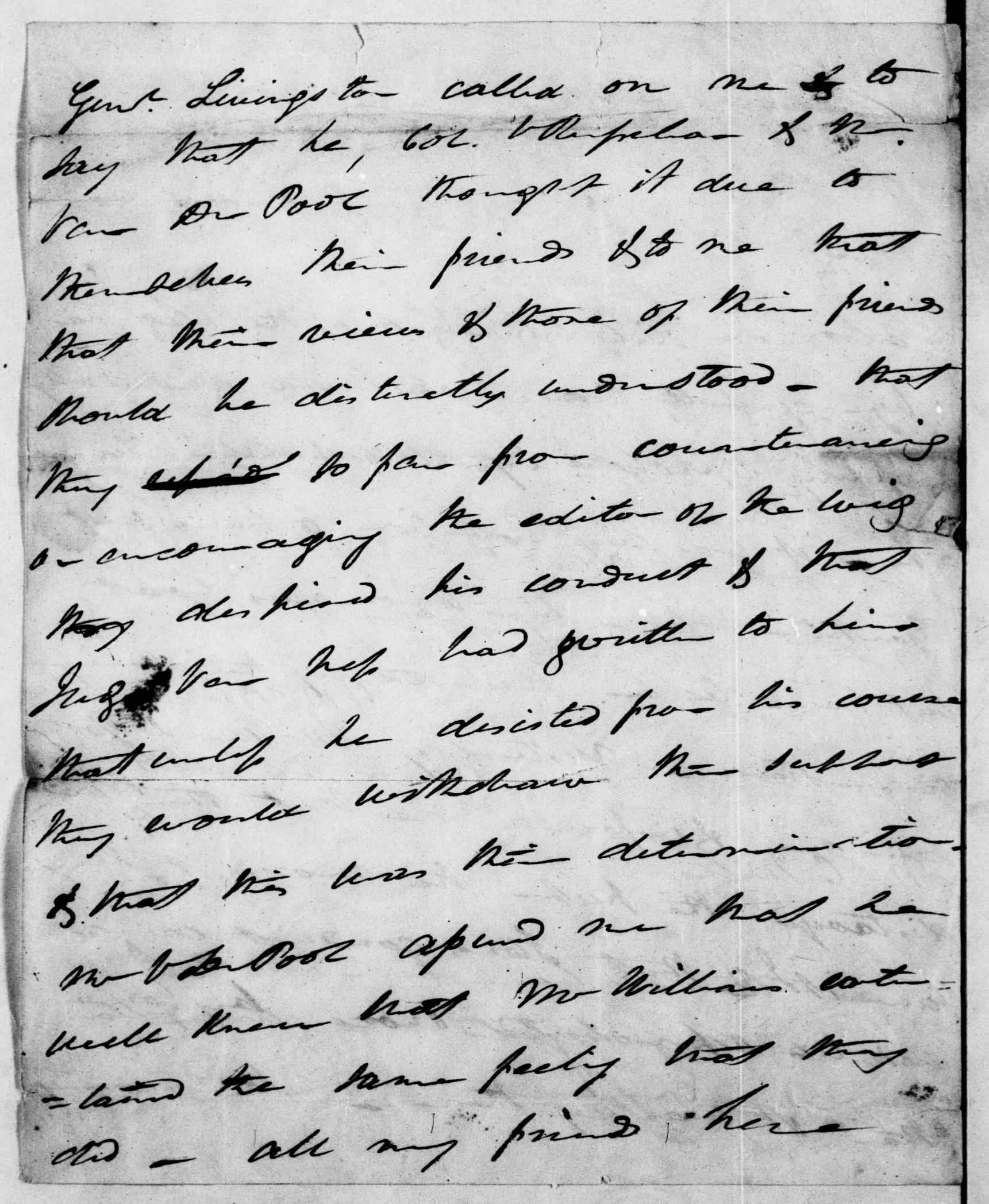 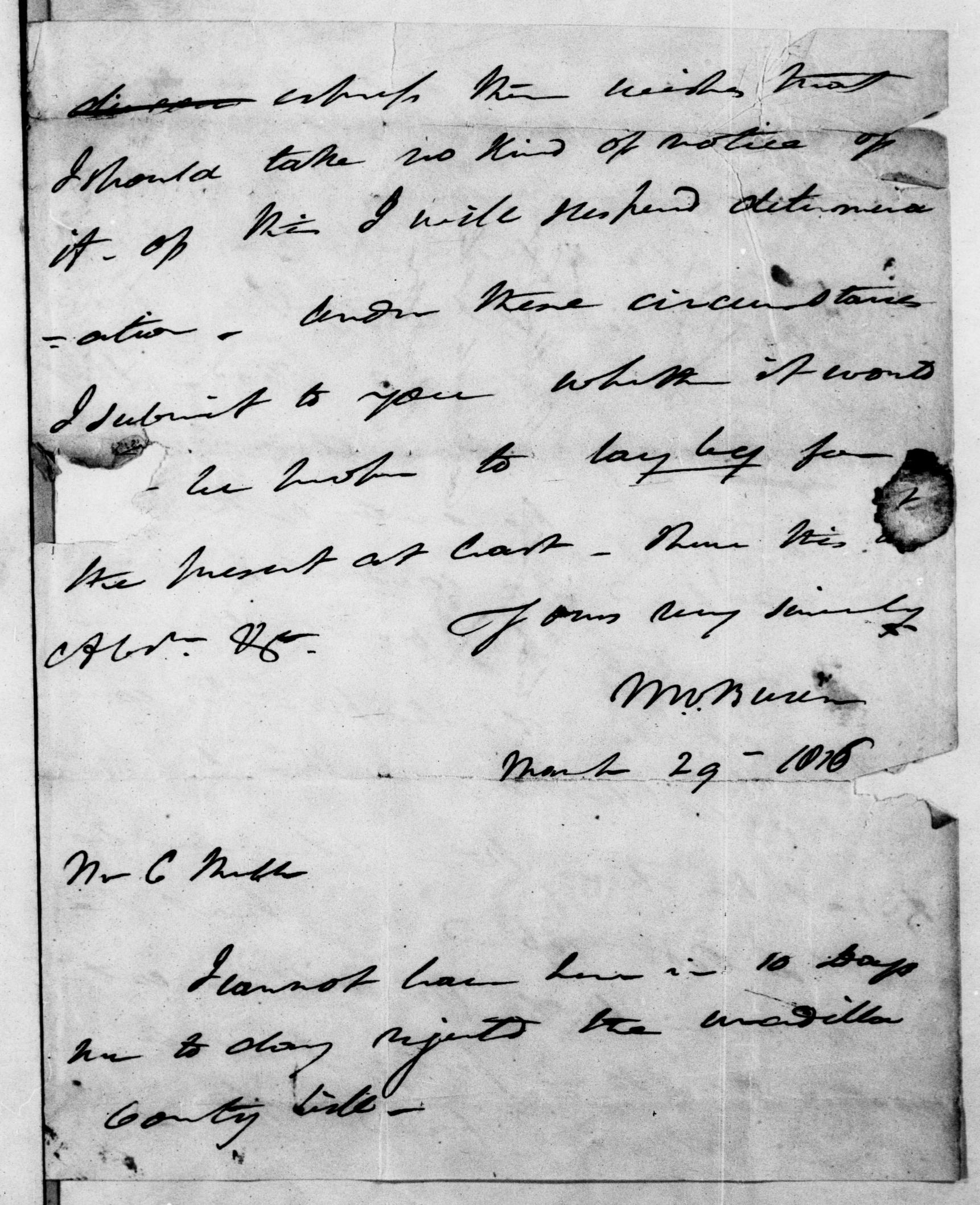 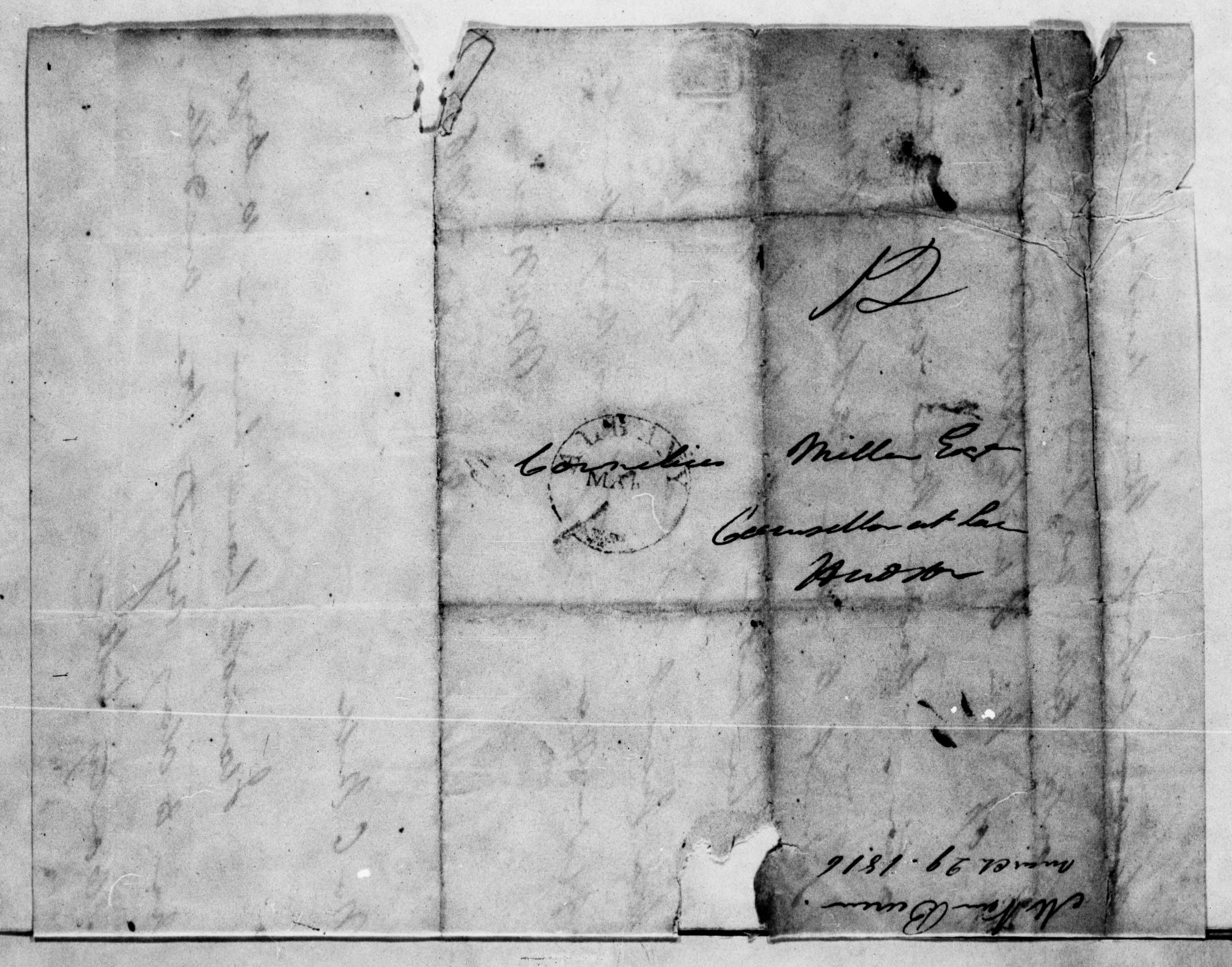