Our Legislature meets tomorrow & most of the members have already arrived are already here. On the subject of the Presidential election an uncommon degree of solicitude and warmth exhists, the complaints agt. the selection of a President from Virginia which were on a former occasion heard principally from the active men in politics now proceed from the mass of the people. It is contemplated by some & wished by many that a declaration of the sense of this State should be made by the legislature, but of the propriety of the course many of our best men entertain whose paramount solicitude is for the harmony honor & consequent stability of the Republican cause & party entertain doubts. The state of things thus produced renders it of infinite importance that we should be correctly informed as to the views and wishes of our republican friends from the South & west.

When at Washington I understood from you in a manner which left no doubt on my mind of its correctness that Mr Crawford would not be a supported brought forward as a candidate for the Presidency, as this communication was frank free & without reserve I had no hesitation in communicating it to my friends here. Since which letters almost without number have been written from Washington stating that the declaration published in of our papers ^to that effect^ was unautho unauthorised & erroneous—that if the newyork delegation would support Mr Crawford his friends would bring him forward in opposition to Mr Monro. doing it no supposing

Feeling a lively solicitude that Newyork should on the occasion adopt a course worthy of herself & conformable to her duty to her sister states, I have thought proper to address you on the subject. The views friends of Mr Crawford may have changed their opinions & their views may be misunderstood o[r] misrepresented. Whatever may be the fact I write under a full conviction from the frank manner in [w]hich you conversed on the subject that no objection can exhist on your part to a[dv]ise me on in the promises.

NB. It may not be amiss <for> me to state that the declaration I speak of in the paper did not proceed from me. 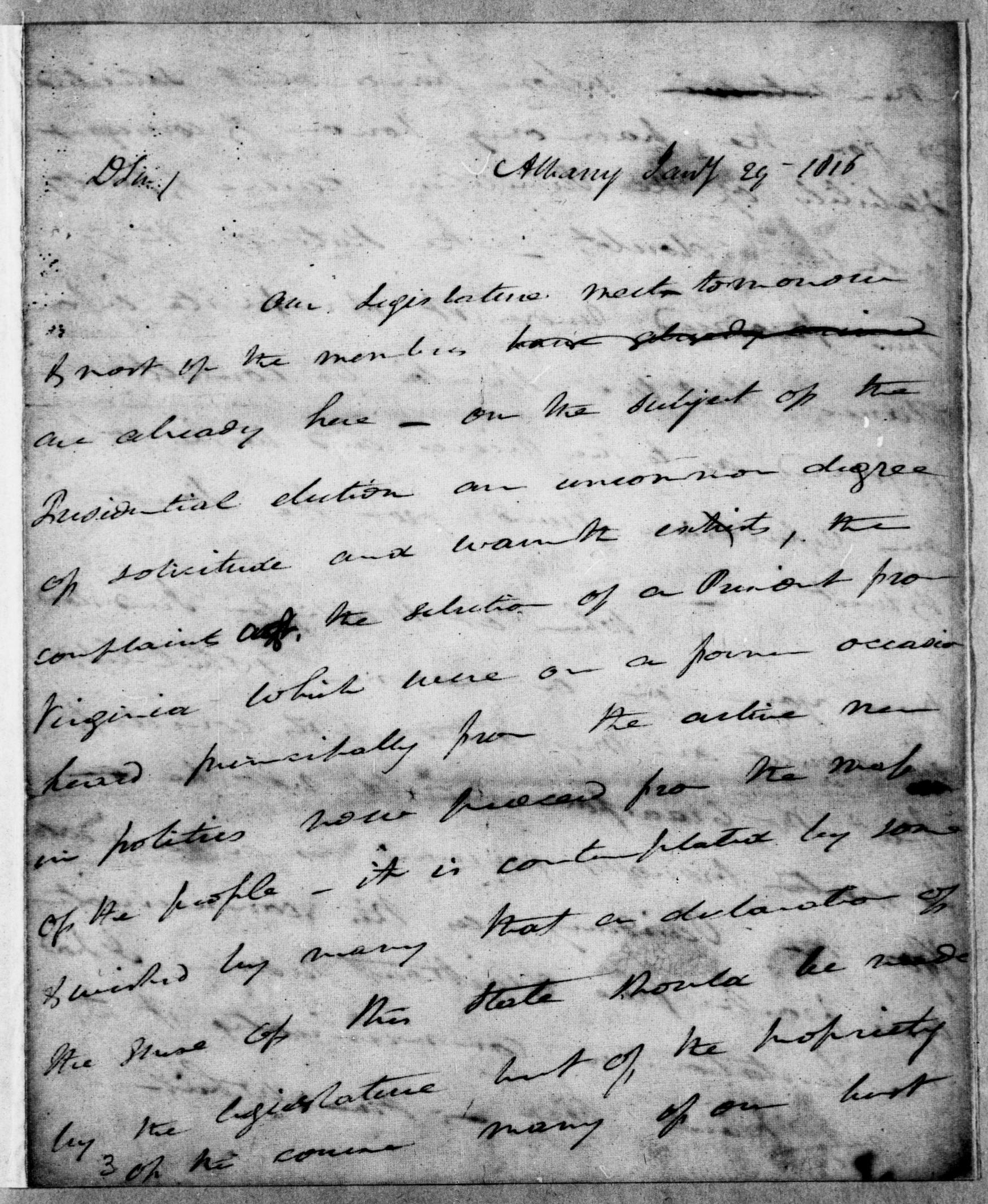 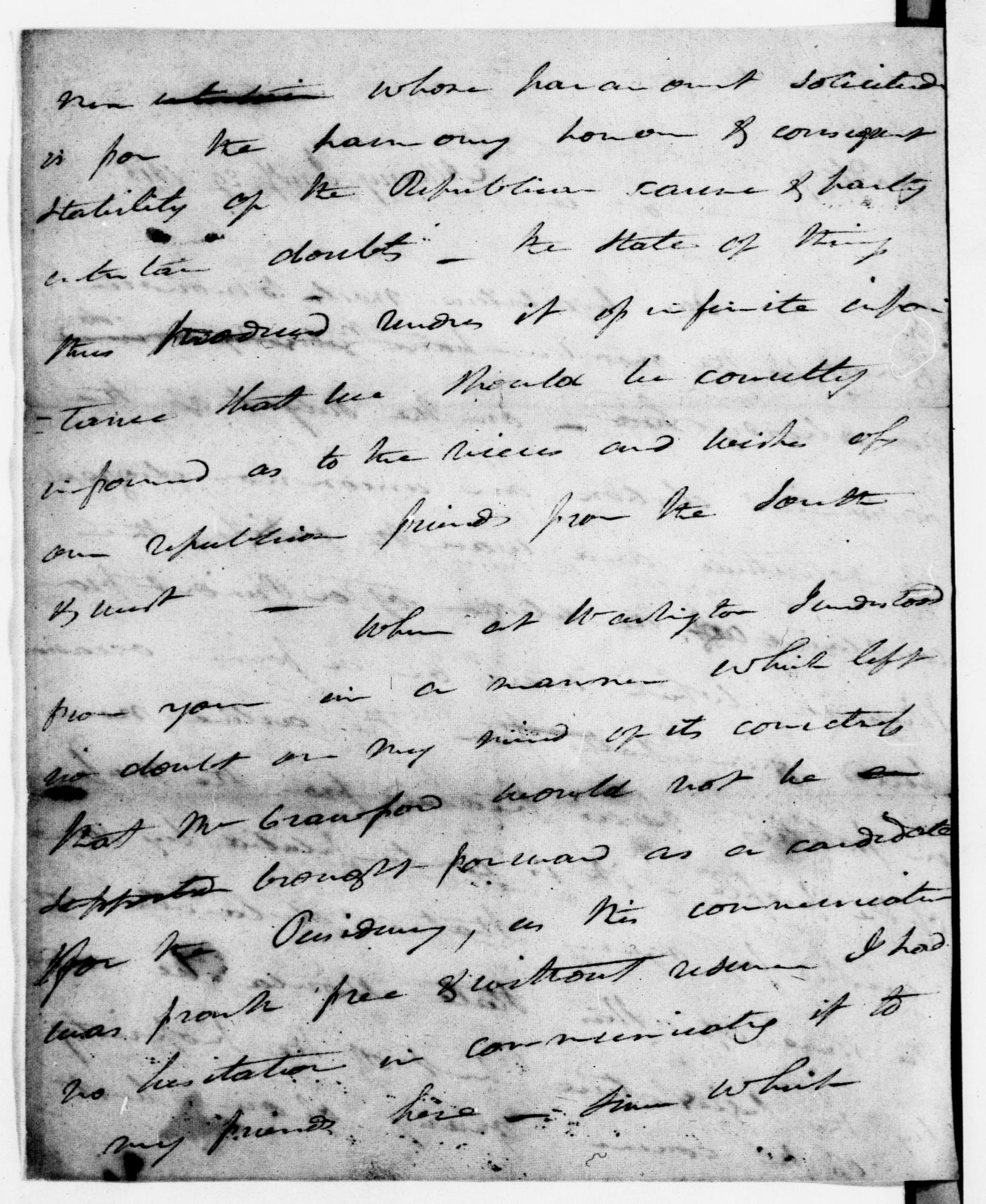 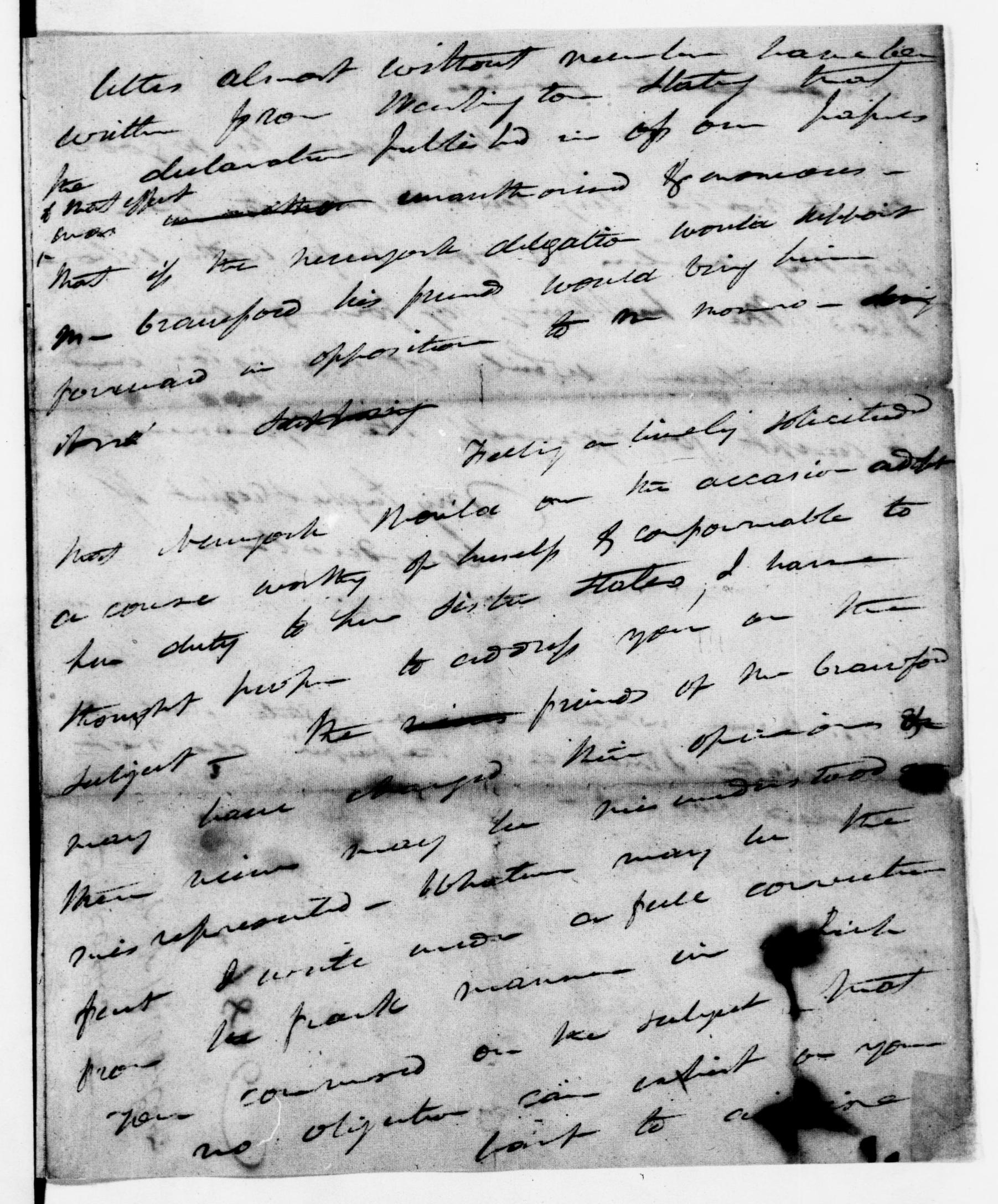 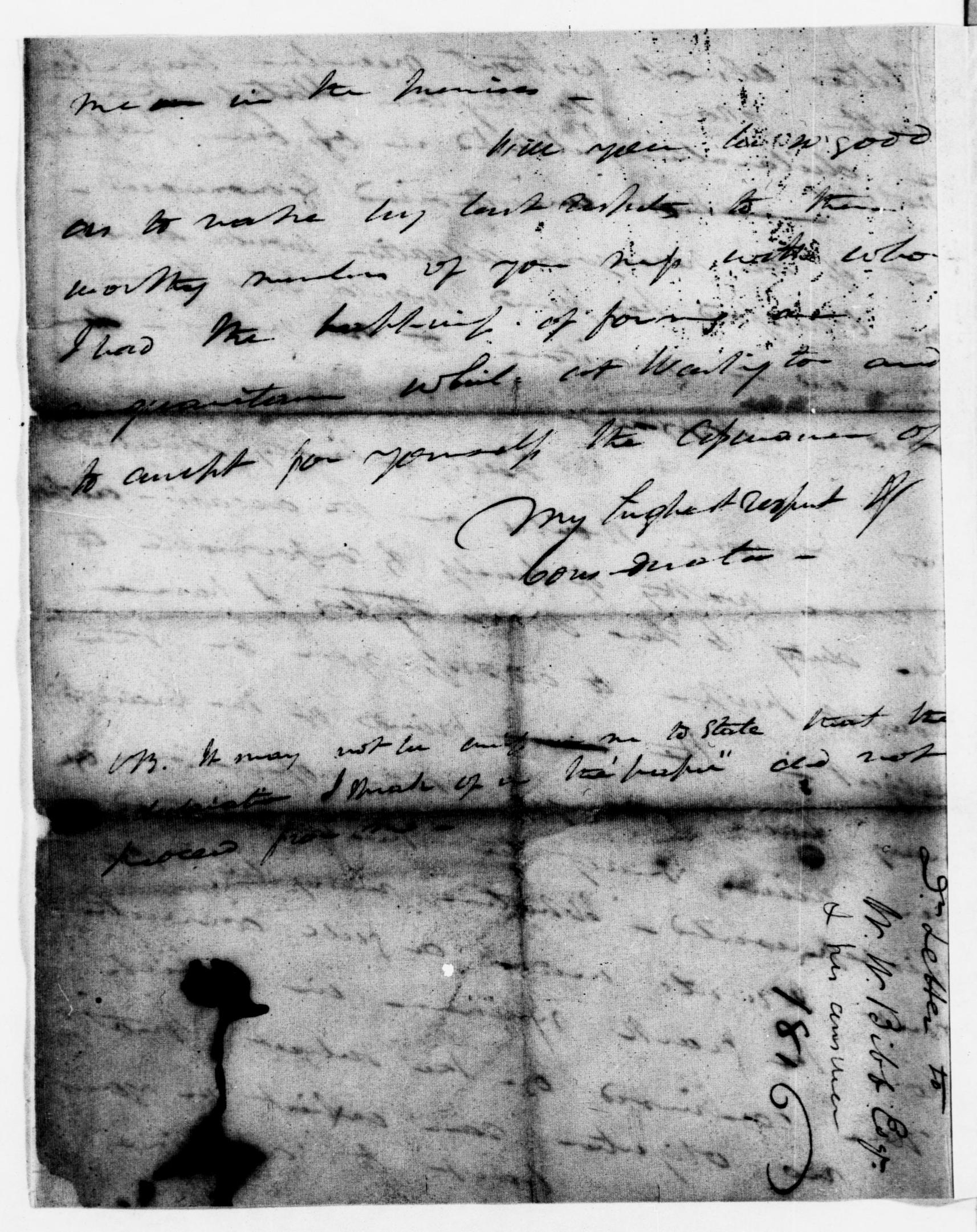