Amicus Juris Consutus, "having observed that ^he is charged^ the Chancellor in the Gazette of Thursday last has thought proper to charge him with "an attempt to sew discord between the ^him^ Chancellor & the chief Justice" and "to tear asunder the Bands of friendship" which have so long subsisted ^to^ <chose> the respectability of the source for which this imputation proceeds imposes on <Juris> A. J. C. the necessity of noticing it he had no such view ^between him & the Chief Justice" deems it proper briefly to notice the unfounded imputation^. The facts alledged by him were directly connected with the prof action he was intented ^subject to his animadversions^ to support viz the refutation of the illiberal & ummanly charge exhibited ^made^ by ^him or his friend^ Amicus Curiae agt. Juris Consultus. The repitition of the offensive remarks made by the chancellor in relation to the Chief Justice, could have but little tendency to effect ^"tear illegible>"^ the friendly relations ^sow discord between them^ relation ^<subject>^ between them if these original declarations did not prod ^had^ were not calculated to produce that effect; & if they were, amicus Juris consutus whose was the fault, & who should bear the responsibility. Certainly not A. J. C. ^<jur>^ "twas not him that did it." He had ho no such views as are attributed to him "He denies disclaims & reprobates any such disign" "that's <all>."

When his Honor says that "he "does not under-take to challenge an Inquisition upon the discretion of every word he may have uttered in the councill" A. J. C. understands him as expressing a wish not to have the subject further investigated & in that temper which has influenced his whole conduct in the premises he forbears ^refrains^. Was the Chancellor sensible how much he is indebted to the forbearance of A. J. C. On this he head, he would not it is supposed have been so lavish with ^of^ his invectives agt. him. He cannot however forbear to notice the extreme reluctance with which his honor <illegible> to explain on the subject of the Insult to the ^members of the^ Legislature. It was only because "he was on the subject" that he condescended to Ins "just notice" the "other Charge." This drags heavily along, it does not so well comport with that frankness & liberality for which his honor is so justly celebrated. It is to be regretted. It would have been better had it been otherwise.

A. J. C. hopes that he may have no occaosion to trouble his honor further. He tho has always been ^much^ pleased with the liberality & forbearance which the public have always heretofore extended to him <here>, he is as anxious as any one that while his honor confines himself to his Judicial function it shall be continued. Yea more" as Chancellor he may & in the exercise of Just authority he may with confidence rely on the zealous support of A. J. C. That his Element & every prudence dictates that he should remain in it. He has entered the political arena at a inauspicious period. Let him therefore make good his retreat & that done, quit. 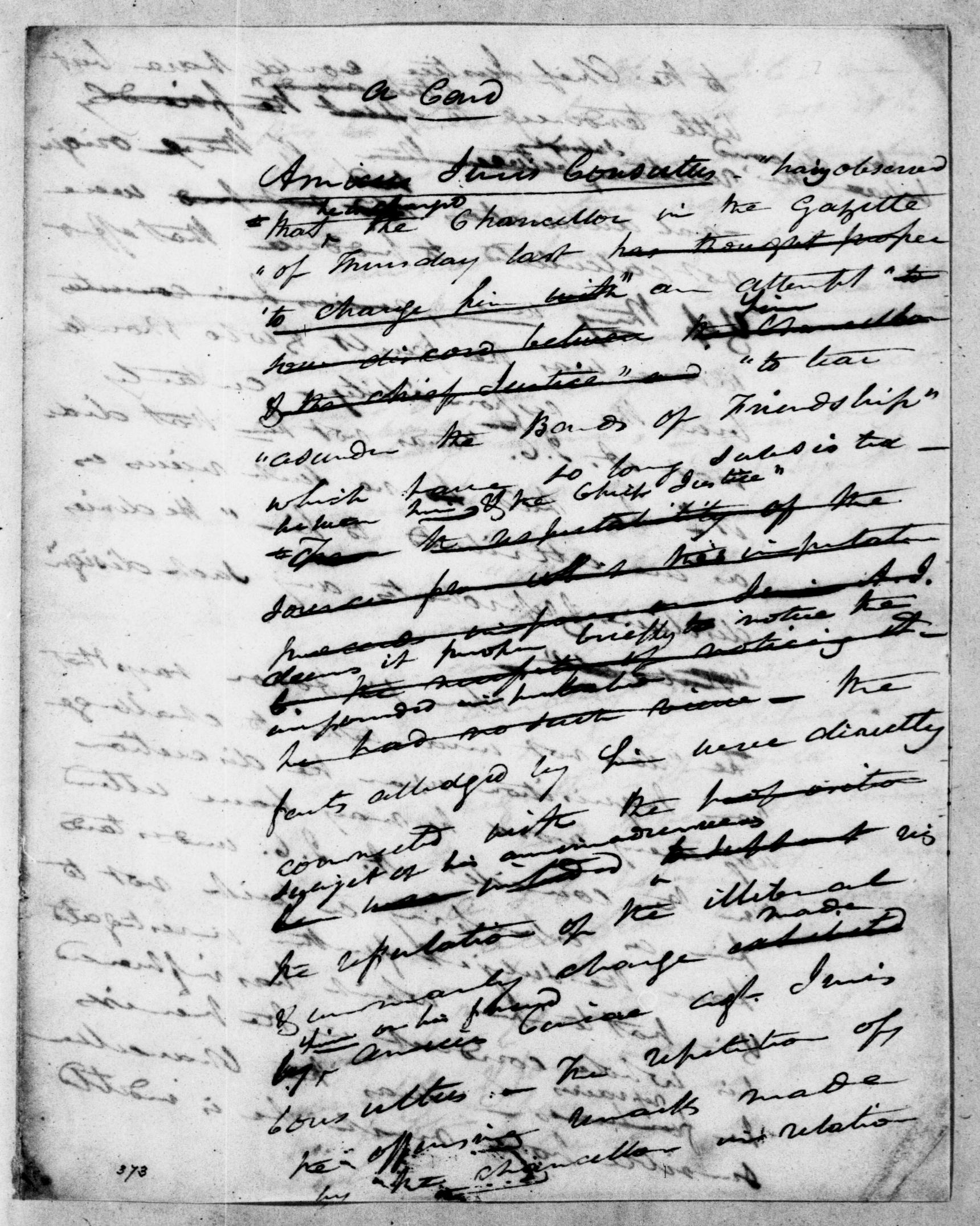 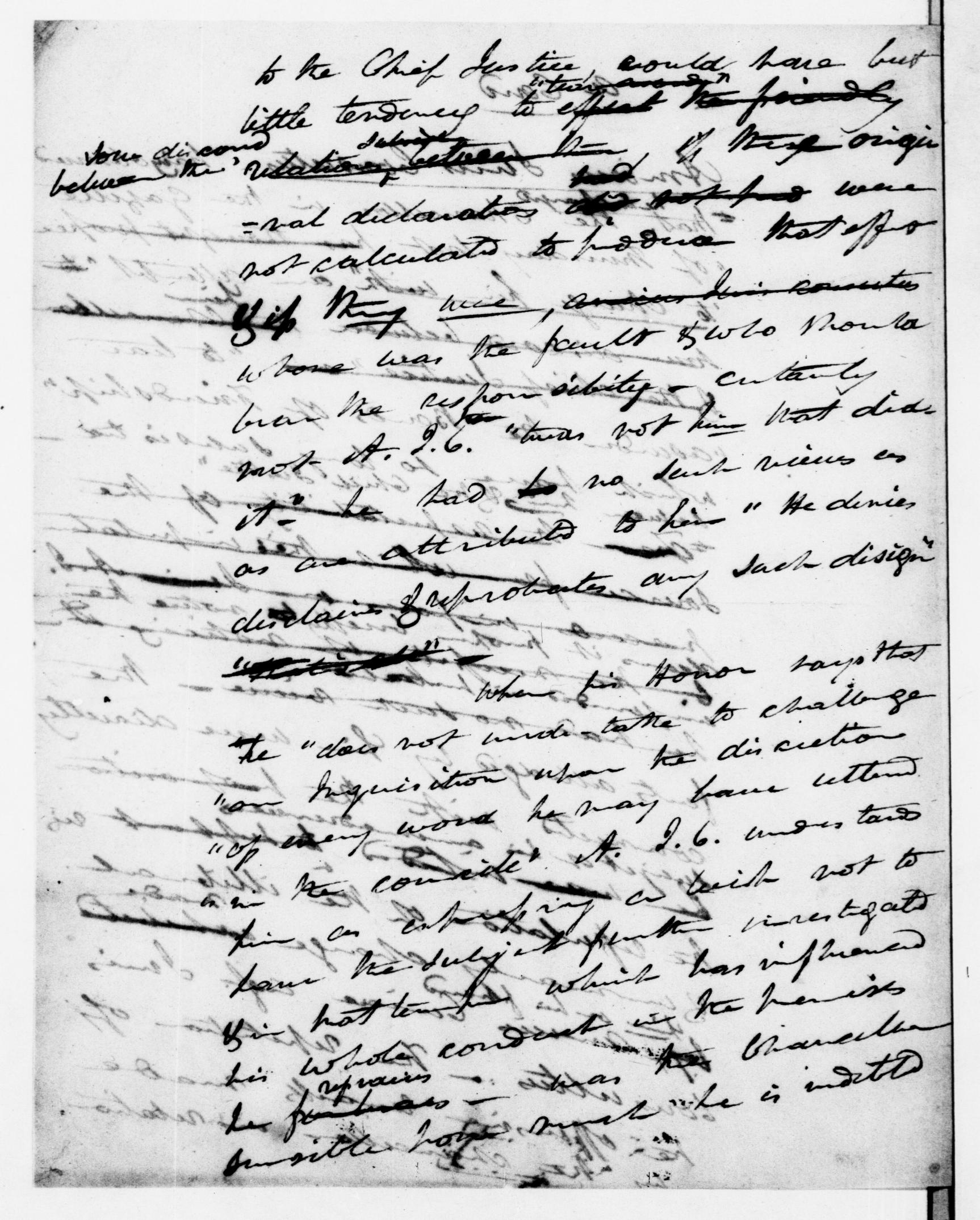 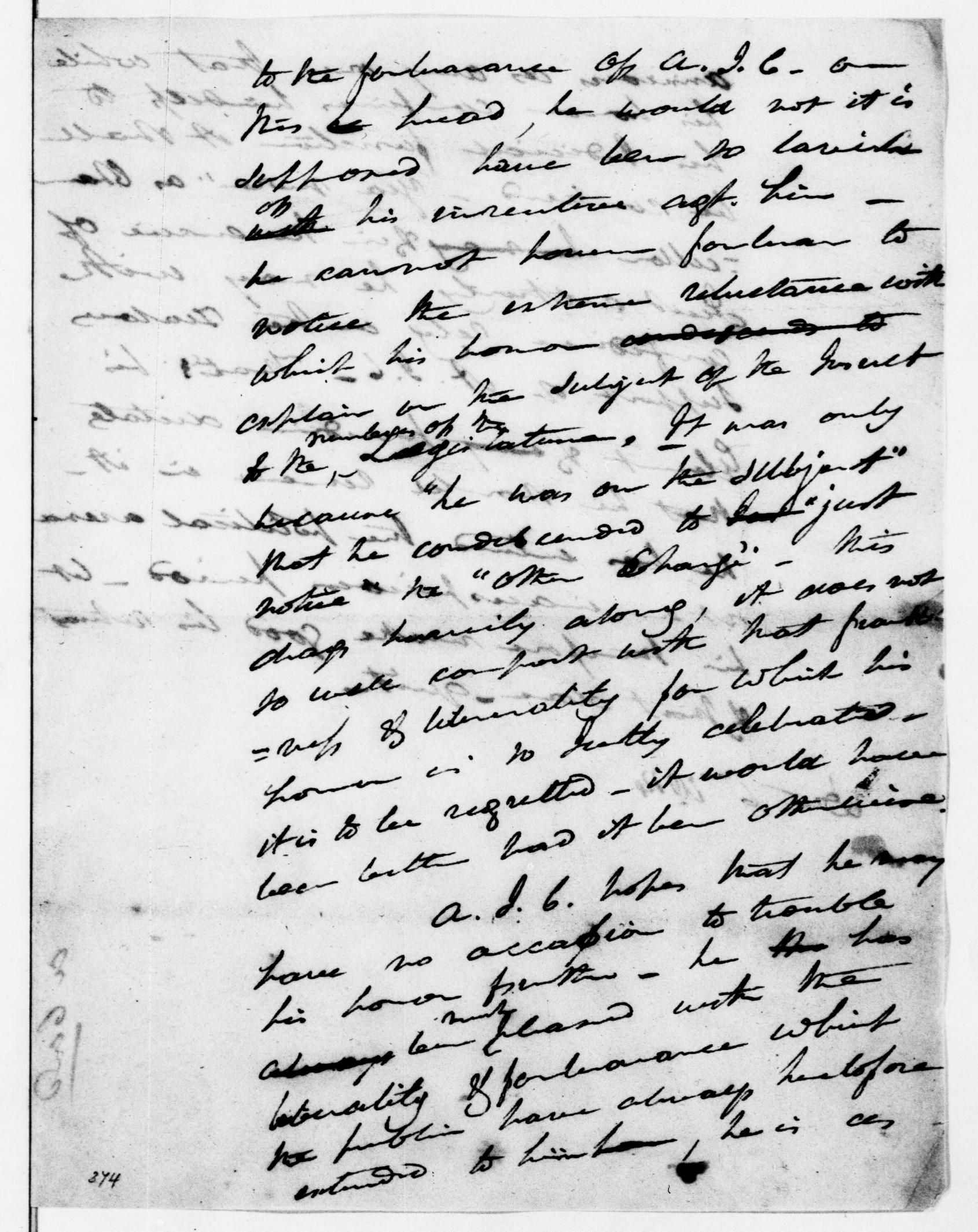 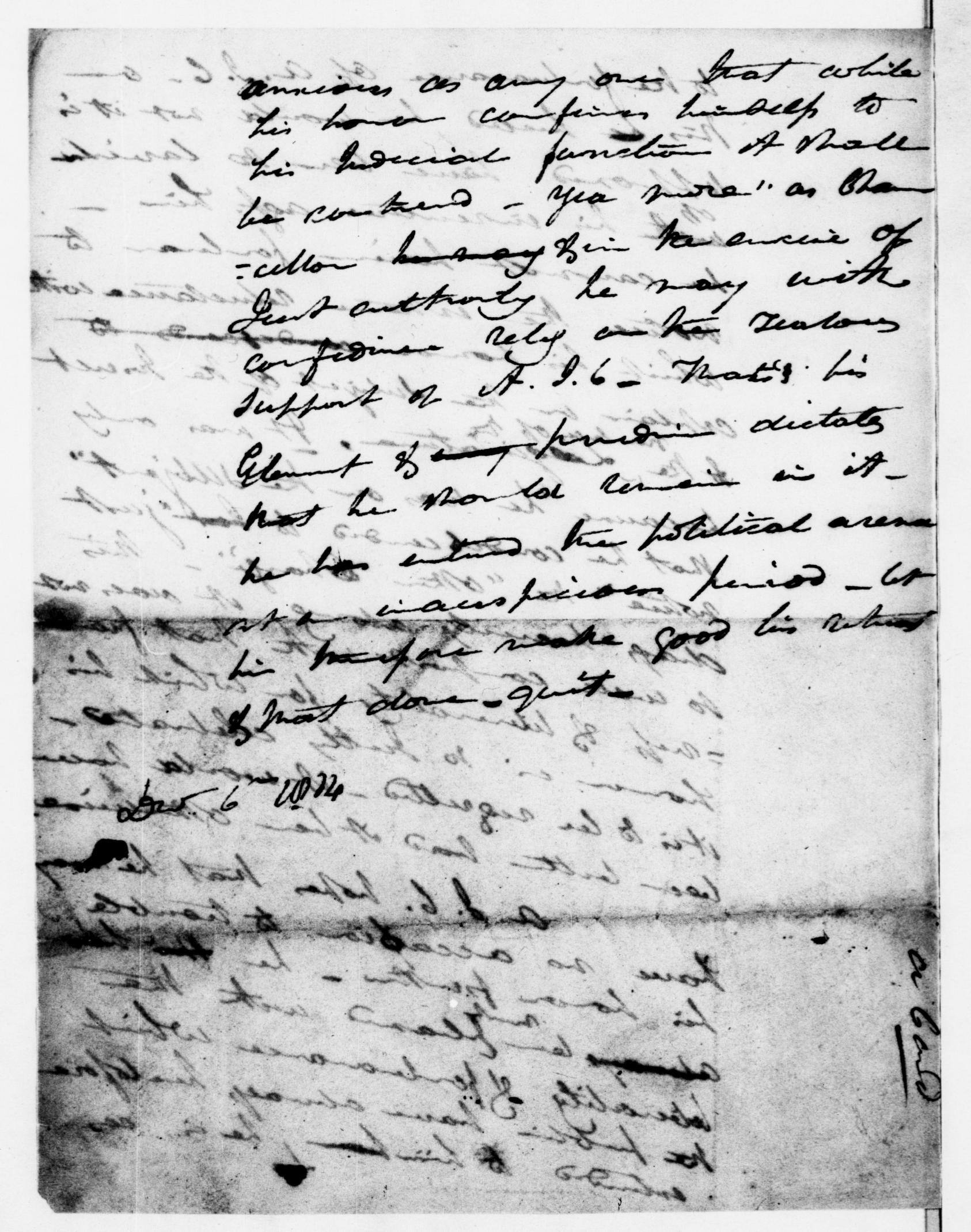