Notes of agreement concluded upon this 25th June 1814 Between George Canes & MVBuren as follows.

Viz. 1st The said ^Mr Van Buren^ Martin agrees to loan to Mr Canes two thousand Dollars for three years at a the Interest of seven per Cent

3d. For the Collective amount of which two sums Mr Canes to give the said Martin his Bond as aforesaid & to make to him a conditional assignment of the said his Law library ^from the payable in three years with Interest from the date hereof, the Interest on that portion which is for the Lot, to be at some from <cont> three & 1/2 pr, cent the till due, the residue of the Bond to be at Seven pr. cent and to^ the possession to be delivered to the said Martin & to remain in him untill the Bond become due & if at that time the same shall remain unpaid & in the mean time no Contract be made Between the said George and the said Martin for the final purchase of the said Library then it shall be lawfull for the said Martin to dispose of the same at public auction giving three weeks public & fair notice of the same & after paying the amount of the said Martin & reasonable expenses to pay the overplus Money to Mr. Canes. In Witness

4th. The Writing to be drawn up & executed in six Weeks & all Interest which shall accrue by reason of this writing or monies wh before they are paid to or for Mr. Canes to be deducted when the Bond is excused. 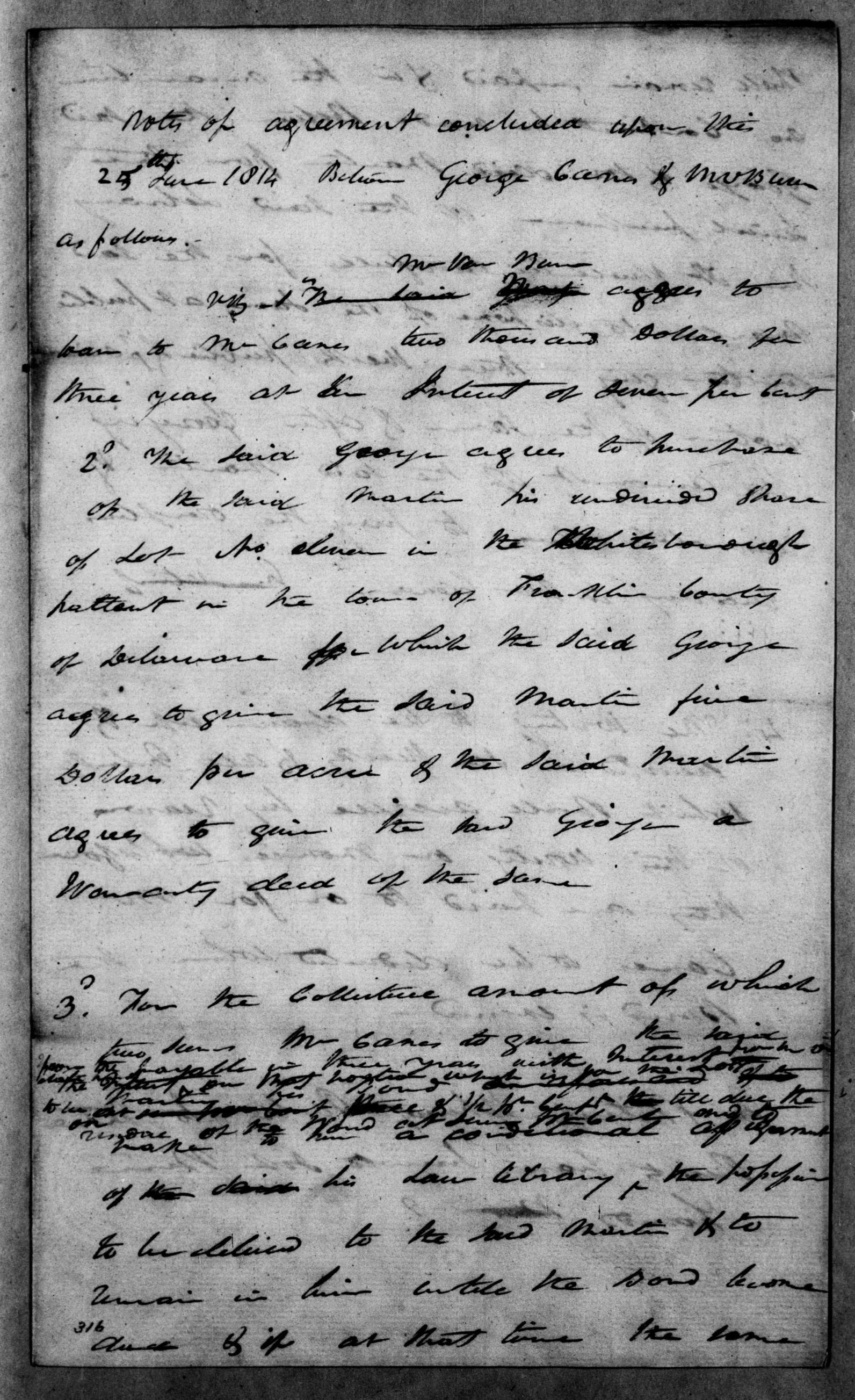 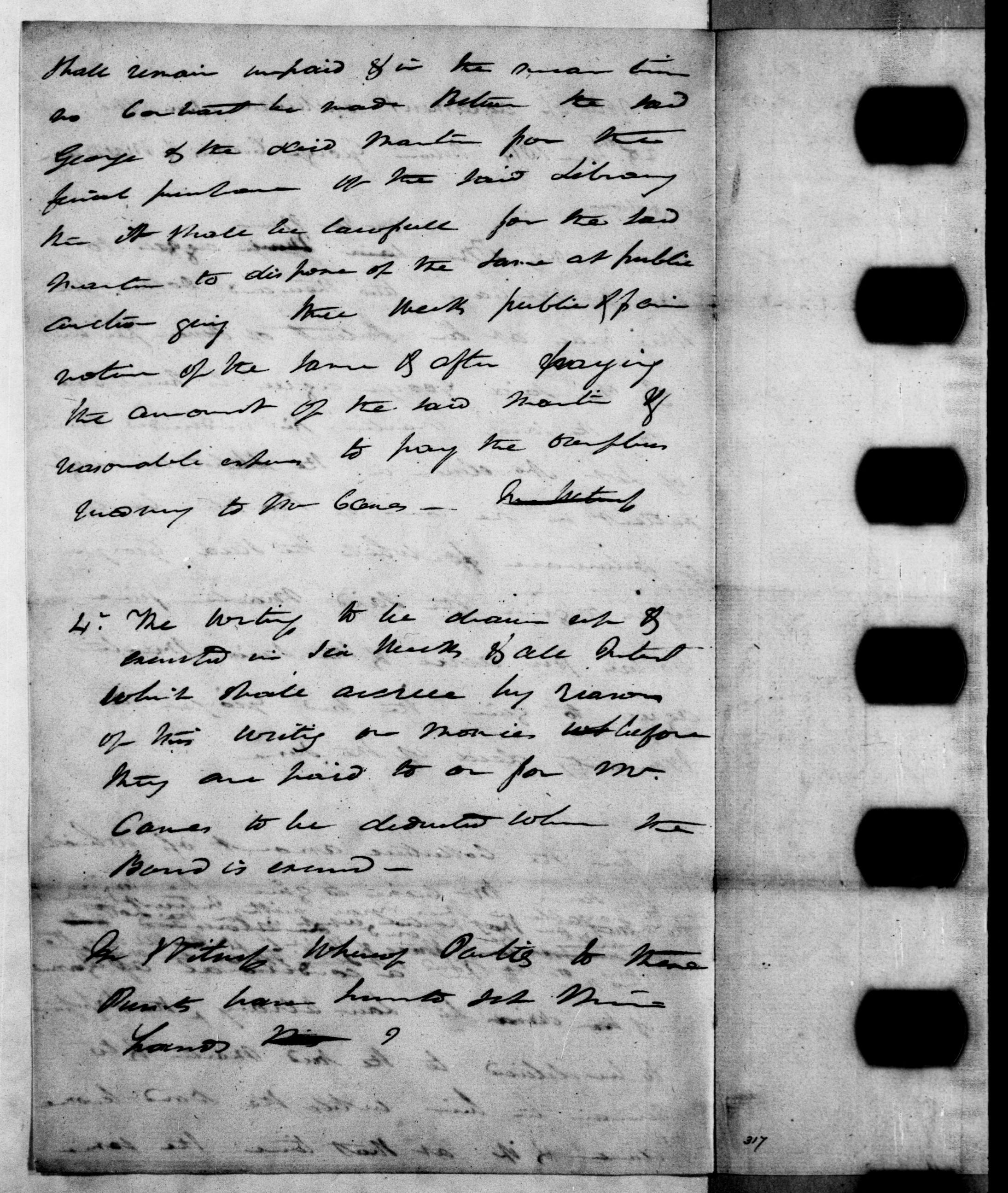 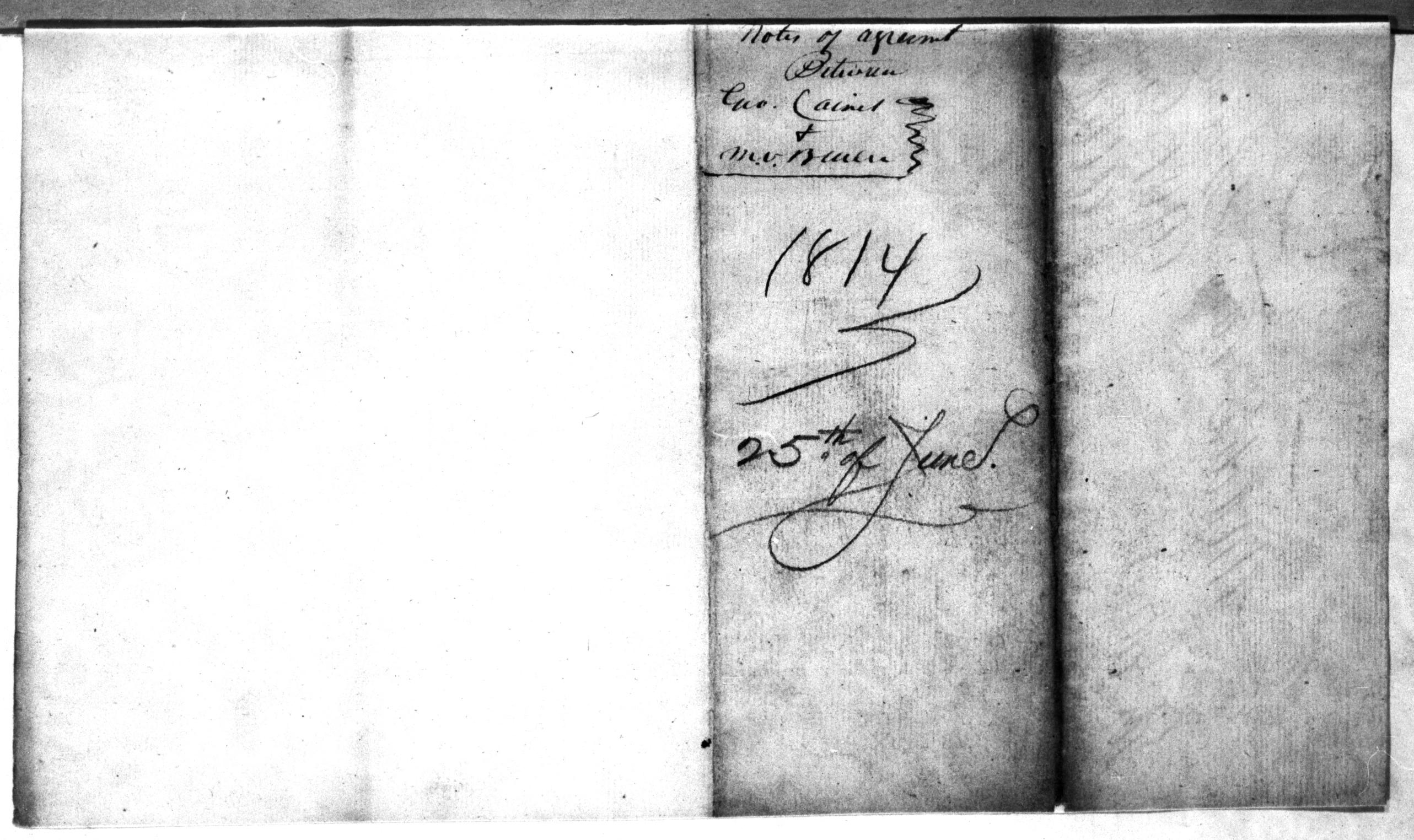