2d. The falt must lay on Governmt army or Gen

3d. The Genl. has attributed it to Governmt Troops & officers.

4th. My duyty to shew where the falt lays, & in doing so will have to lay it at the Genl door

5h. Here in the manner in which I will speak of him.

The other sifted down see notes

10th. Why was not Malden taken refer particularly to the notes

12th. Why not take on the 7th. of August & why was Canada evacuated? See notes

13th. The two attempts to open the Communication

14th. Not preventing the enemy to erect their Batteries

15th. Not annoying the Vessels 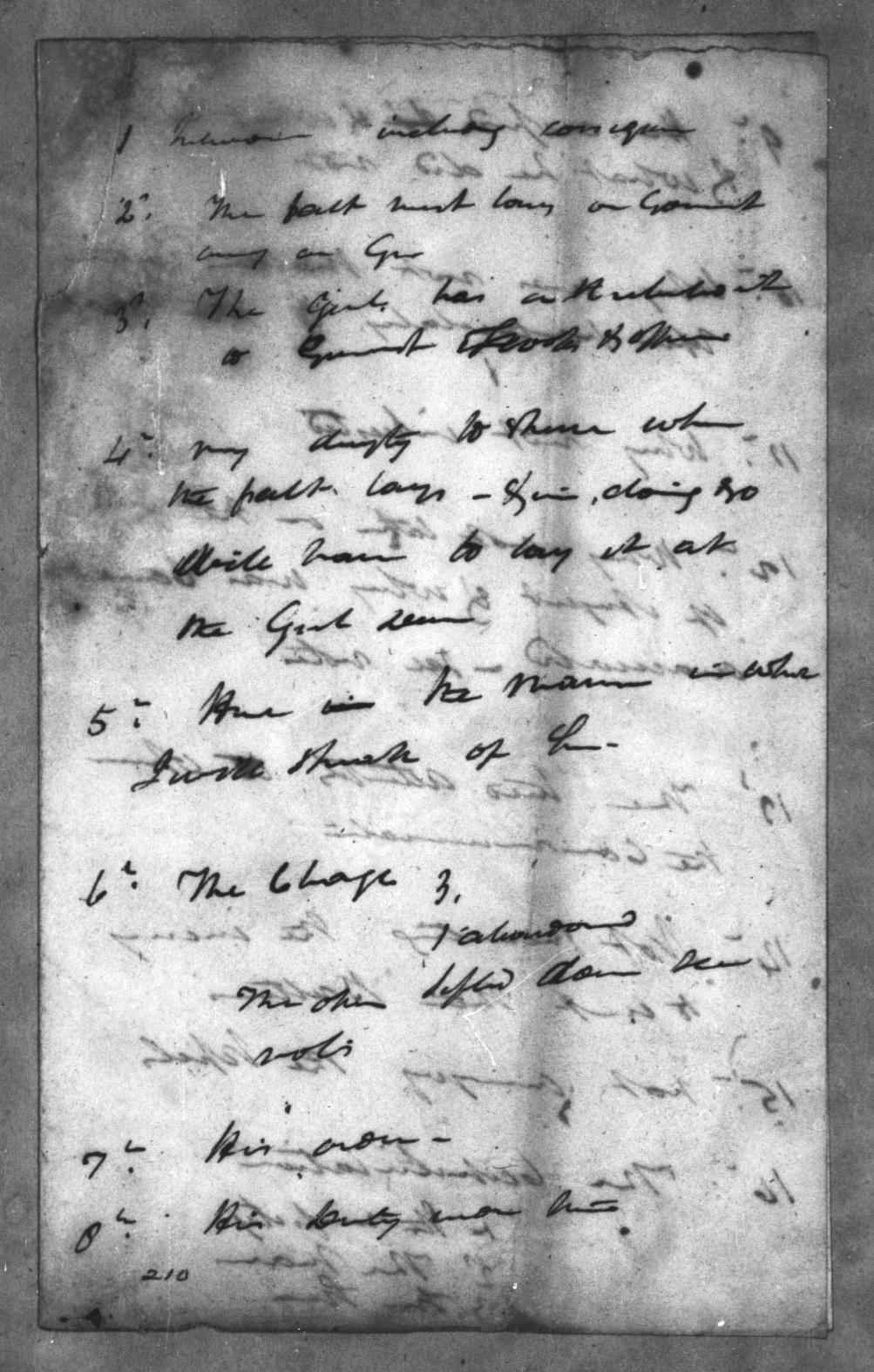 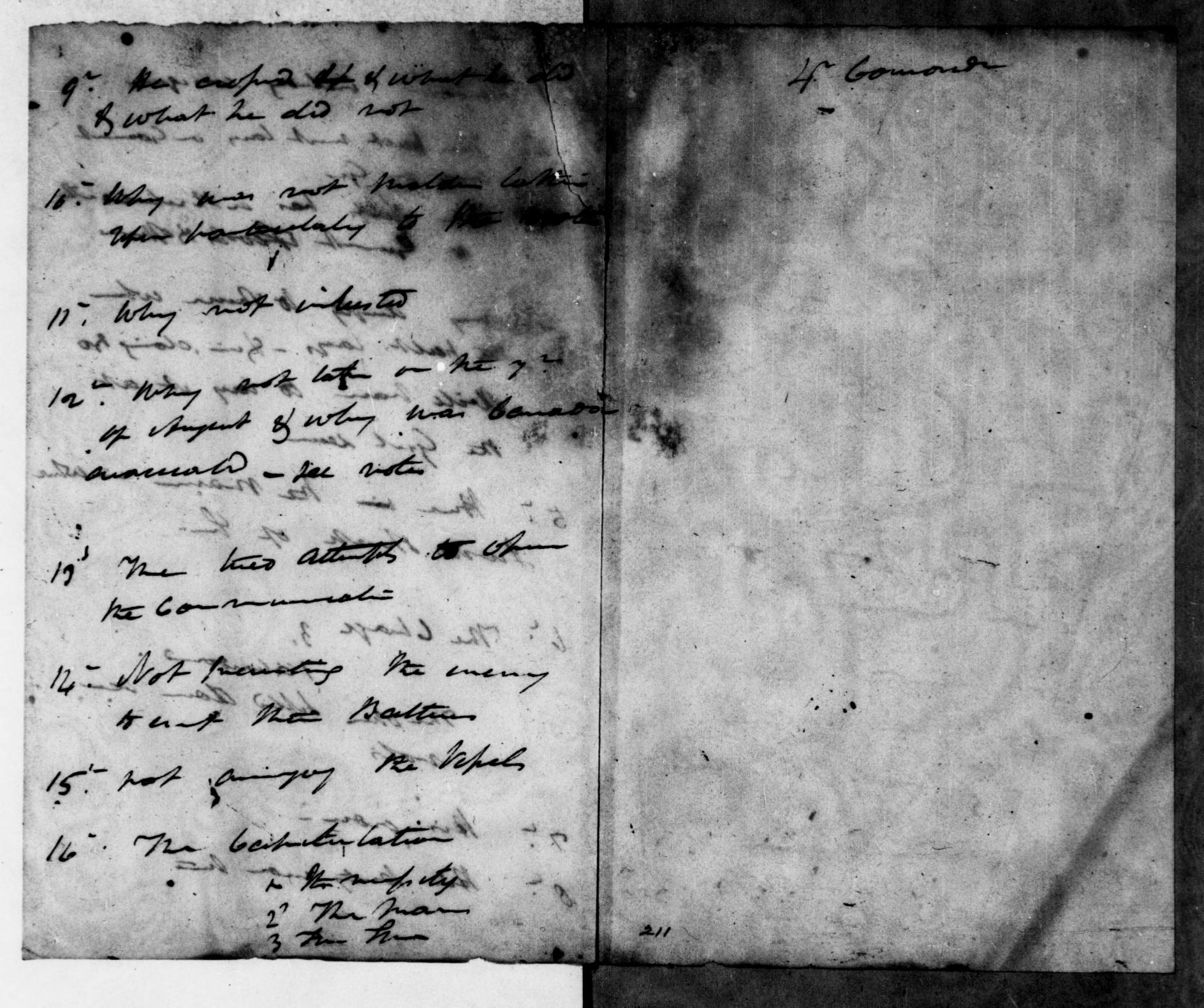