Allusion to the possibility of governmental & political Influence, prejudicing his case.

Objects to the giving evidence afterwards, think it would be wrong.

Did not think Malden an object.

The purpose of the charge of Treason is <answered> & cannot be averted.

In the present disolution of the Western frontier is an illustration of the evils I wanted to avoid.

It was impossible to prevent an army landing under Battery of a naval force. 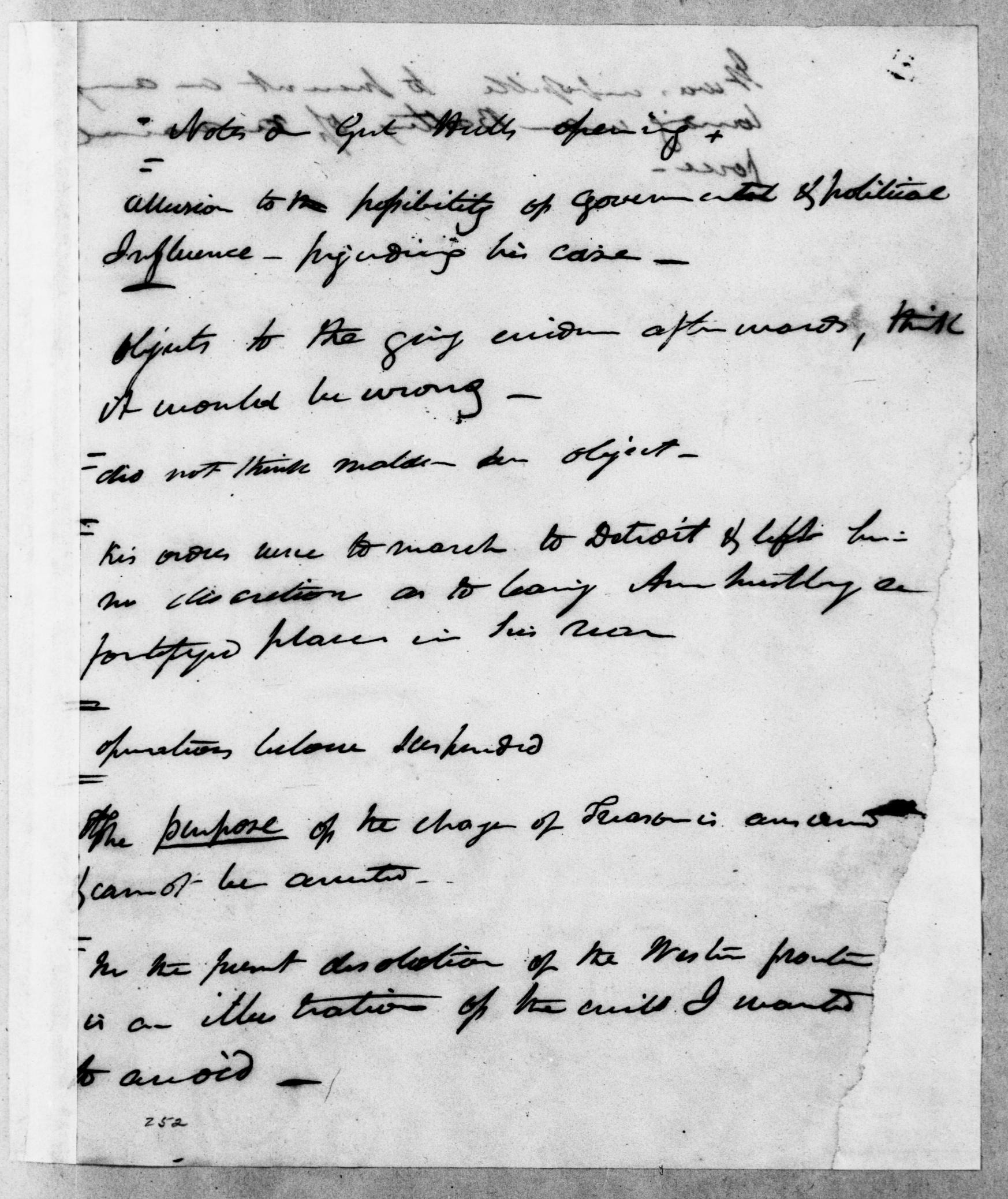 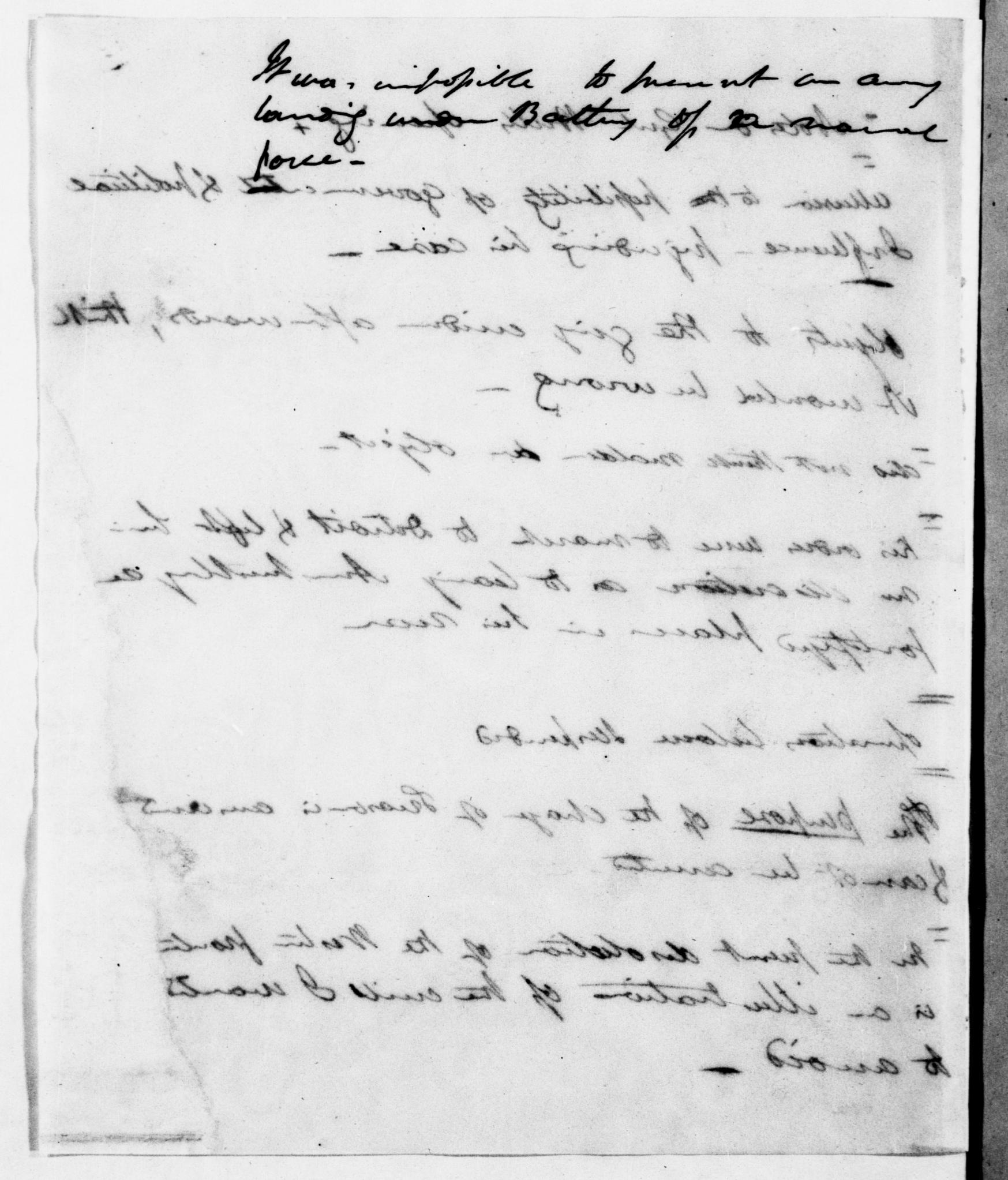