Know ALL Men BY THESE Presents, THAT I George Caines of the city of Hudson Counsellor at Law am held and firmly bound unto Martin Van Buren of the same place Counsellor at Law in the SUM of Six thousand Dollars, and [intentionally blank] Cents, Current Money of the United States, to be paid to the said Martin Van Buren or to his certain Attorney, Heirs, Executors, Administrators or Assigns. To the which payment, well and truly to be made, I bind myself my Heirs, Executors, and Administrators, and each and every of them, [intentionally blank] firmly by these presents. Sealed with my seal dated the eighth day of July, in the year of our Lord one thousand eight hundred and Fourteen

The Condition of this Obligation is such, That if the above bounden George Caines his Heirs, Executors, or Administrators, shall and do well and truly pay, or cause to be paid unto the above named Martin Van Buren his Heirs, Executors, Administrators or Assigns, the just and full sum of two thousand nine hundred & forty Dollars, in three years from the date hereof with Interest to be computed in manner following viz. On the sum of Two Thousand Dollars at the rate of Seven per cent, and on the remainder at the rate of three and an half per cent untill the same becomes due and thereafter at the rate of seven per cent without any fraud or other delay, then this Obligation to be void and of none effect, otherwise to remain in full force and virtue. 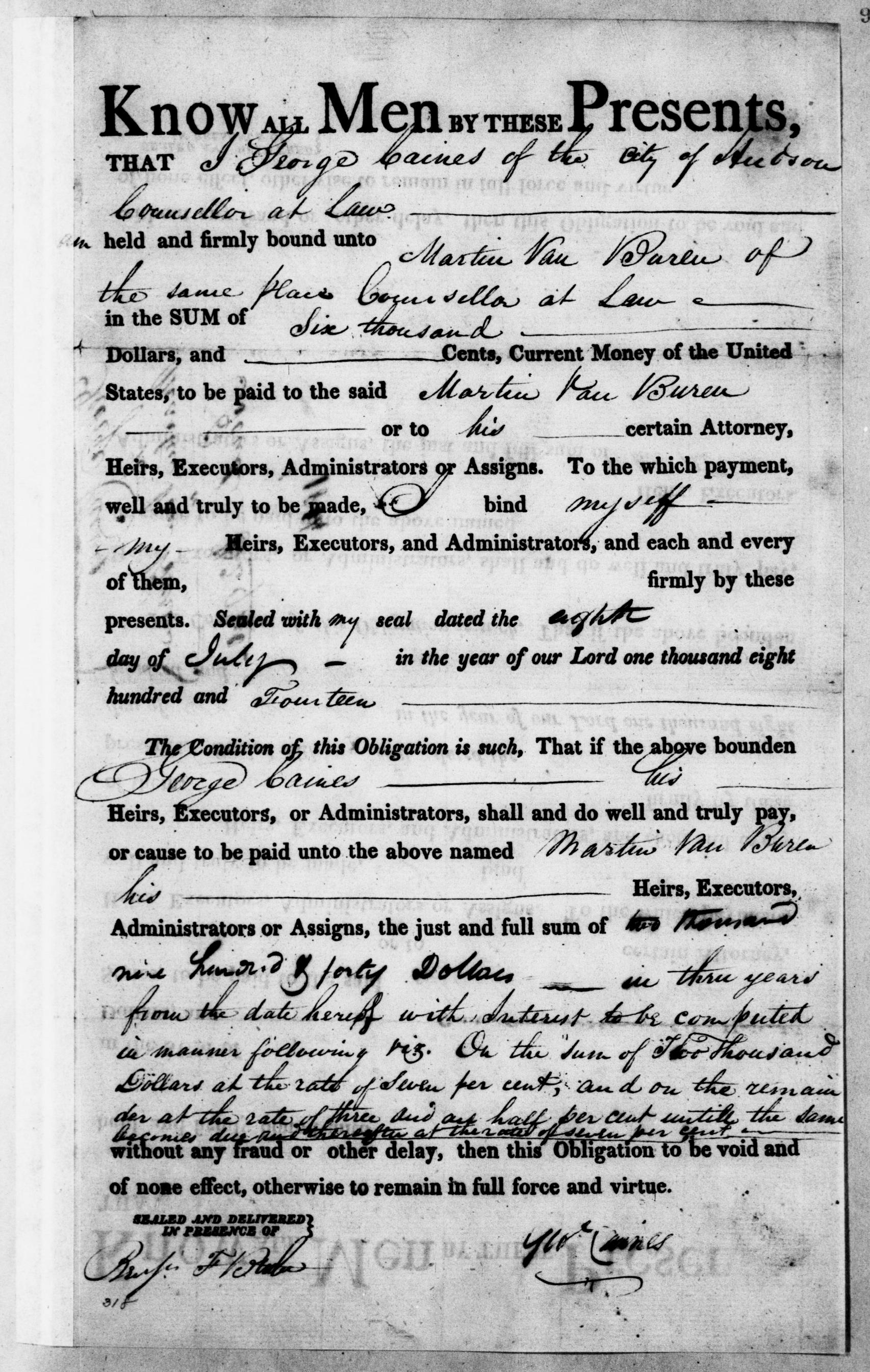 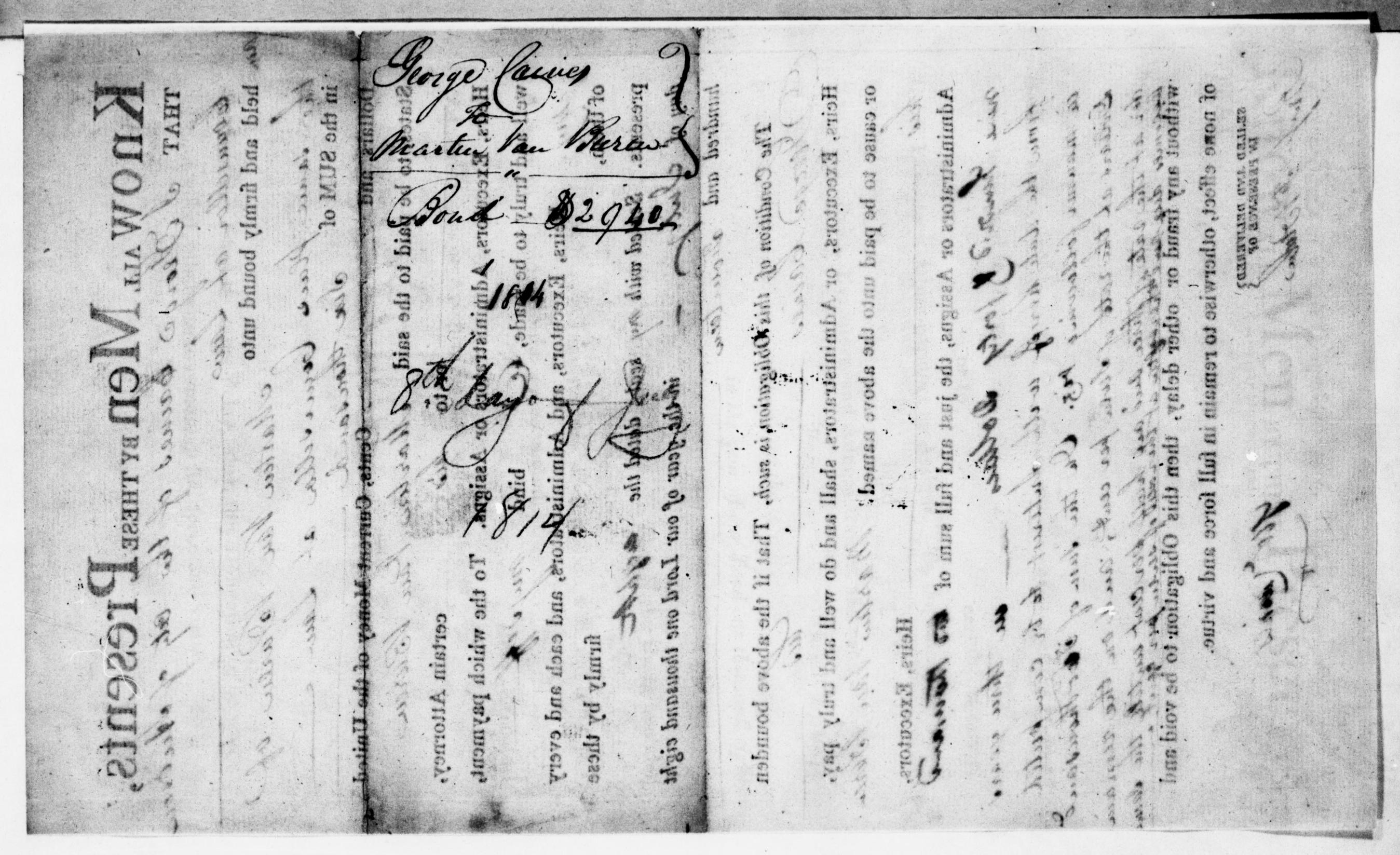