Agreeable to your request I called upon Osgood in order to obtain the amount of the Taxes upon the Different Tracts of Land mentioned in your Statement, found in the supervisors Books the following Taxes to wit.

against F. Silvester for land in onieda County–$1..28. no <Taxes> <illegible>

agt. P. Silvester for Do. in Lictcfield Herkimer County. "–46 Cents

agt. — Wyncoop no Christian name–same place $1.85 upon which respective sums there is $25 cents ^each^ for advertising to pay.

The Tax on the other Lots it is Impossible to find out from the Statement in my possession, because where the owners are unknown the Lots on number of ^the^ Lots are not mentioned but the patents generally, & the Tax laid upon the whole, as for Instance in Delaware County the Tax is Laid.

Hardenburghs patent _____ osgood <illegible> told me that if you sent down a Statement Containing 1st. the Name of the patent in which the Lands lay 2dly. the number of the Lots, 3d The number of Lots & acres in each patent he will make out the Tax upon the quanty of acres you wish to pay for agreeable to the Valuation made, & receipt the Tax which he says will secure the owner of the Land. He further tells me that the sale of the Land upon which, the tax is not paid will certainly Commence on the last monday in February Should you wish any thing further done in this Business or any other Business that you may have in this place will be done with pleasure by me, as far as his in my power.

My Respects to Mrs. Silvester,

I am your humble Servant

N.B. I this morning called upon the Collector of the Seventh ward, to see what the Tax was upon Mrs. Wynkoops Lot, but could not find any laid, it will be necessary to know whether there is a house on the Street & who lives in the house if there is no house on It is probable that is not Taxed, I live at No. 4 Wall Street. 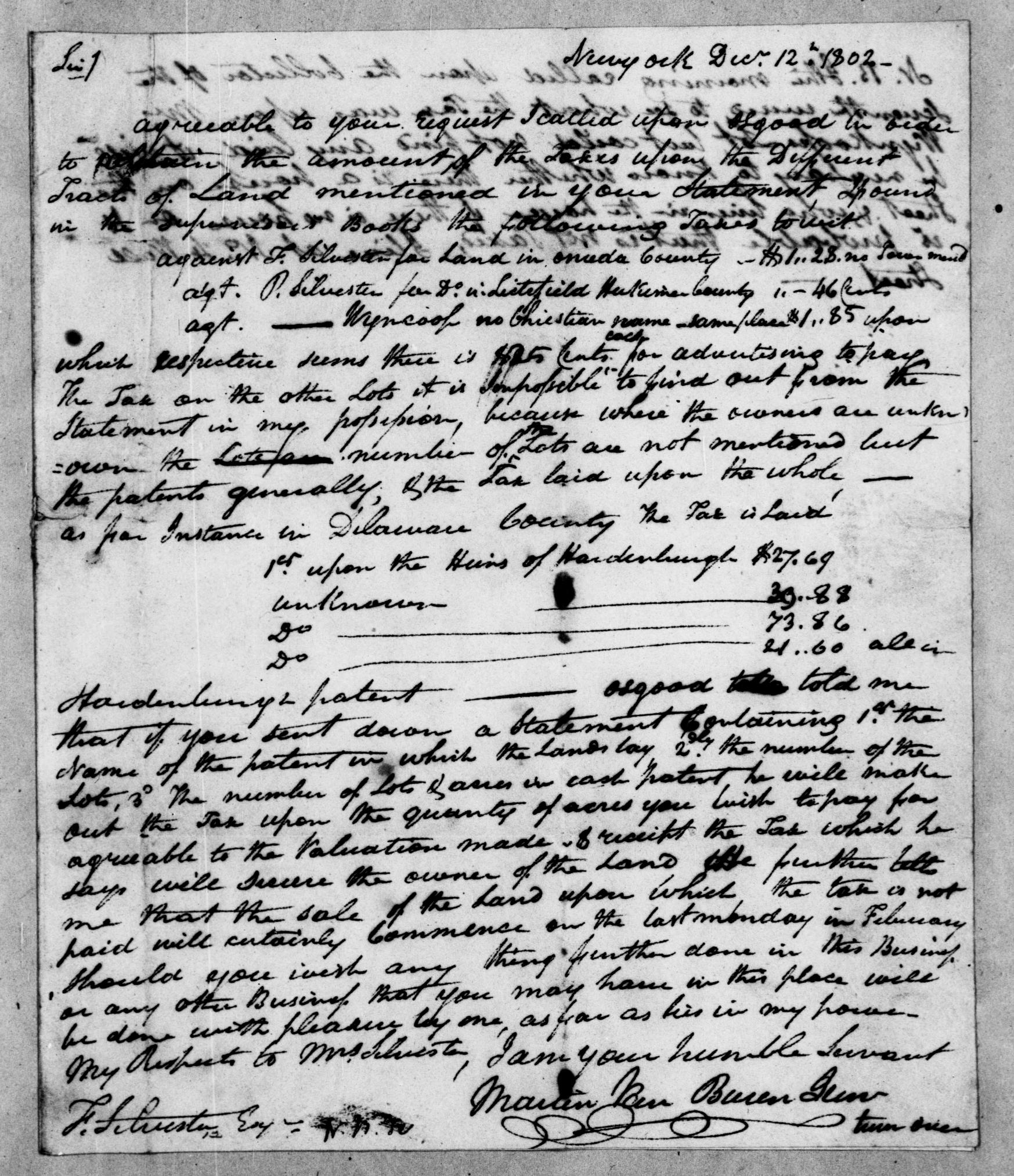 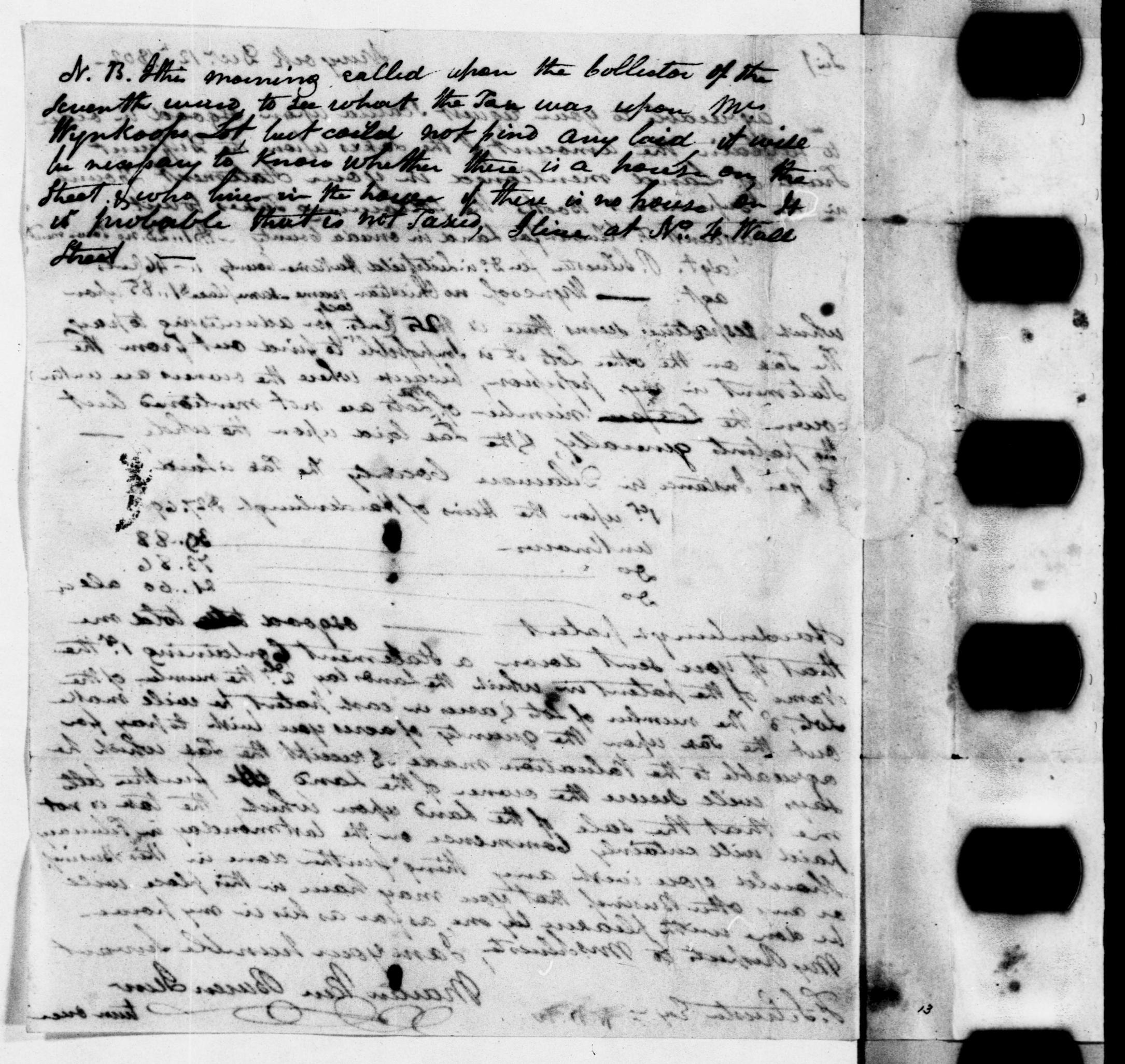 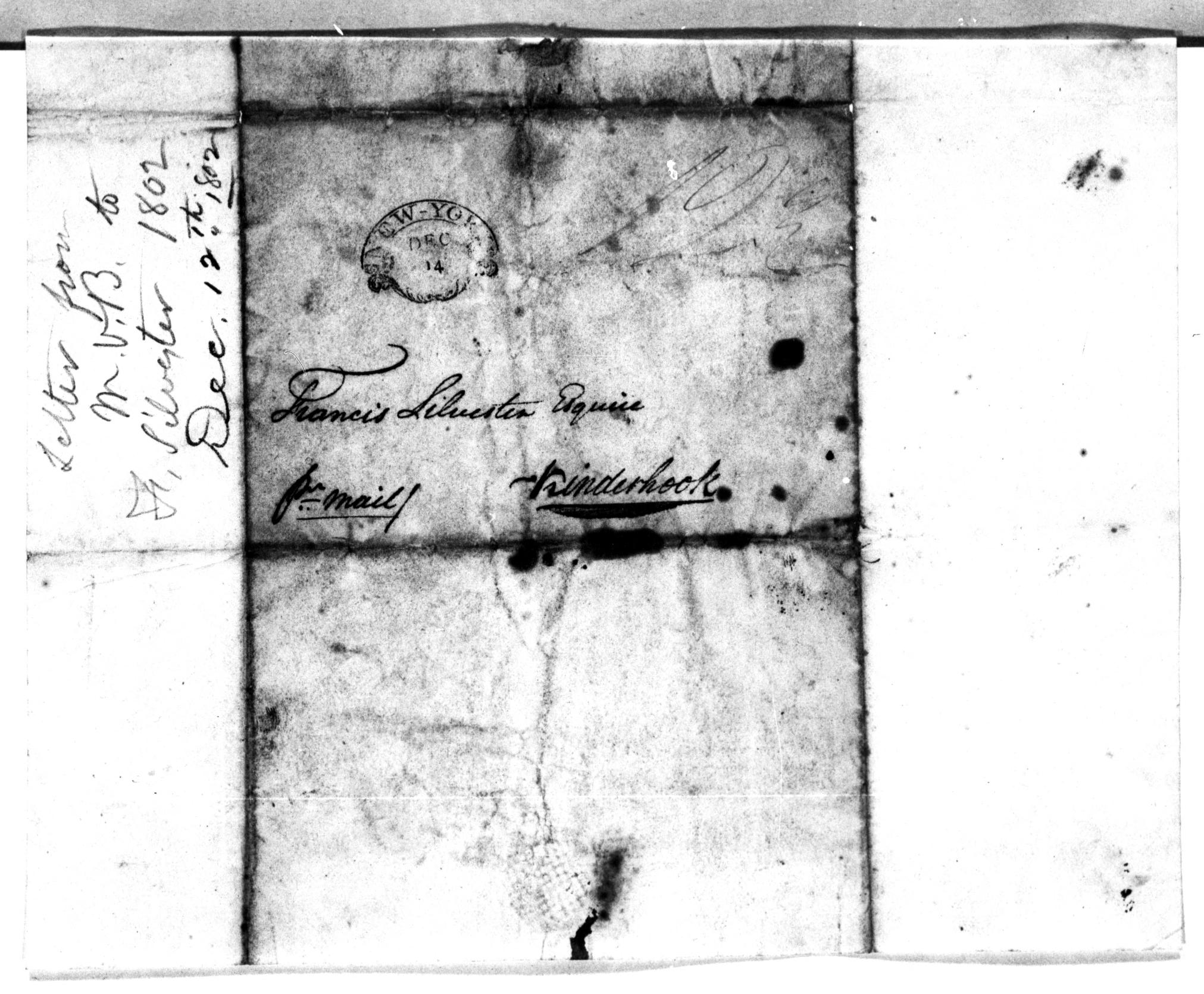