The goods of an enemy found in the vessel of a friend are good prize. The goods of a friend found in the vessel of an enemy are not. To guard agt. inconvices of seizure &c. some nations stipulate by treaty that enemy, bottom shall make enemy goods & friendly bottom friendly goods, but this can only be effected by treaty stipulation & is in restraint of the law of nations.

"Every nation has of natural right entirely & exclusively all the jurisdiction which may be rightfully exercised in the Territories it ouccupies. If it cedes any portion of its jurisdiction to ^judges appointed by^ an other nation, the limits of their power must depend upon the instrument of cession

The foundations of our policy are laid in the pure immutable principles of private morality. Even the difficulties of our own Citizens & command the respect of the world.

The public papers sent herewith will give you the current <news​> of the Country.

Our laws take no notice of crime committed out of their jurisdiction. The most atrocious offenders coming within their pale, is received by them as an innocent man, and they have authorized no one to seize or deliver them.

The distance from the coast to which a nation may reasonably claim the right of prohibiting the commitment of hostilities had been variously stated, varying between the extent of the human sight estimated at upwards of 20 miles & the utmost range of a cannon ball usually stated at a sea league. The latter the one adopted by the President in 1793 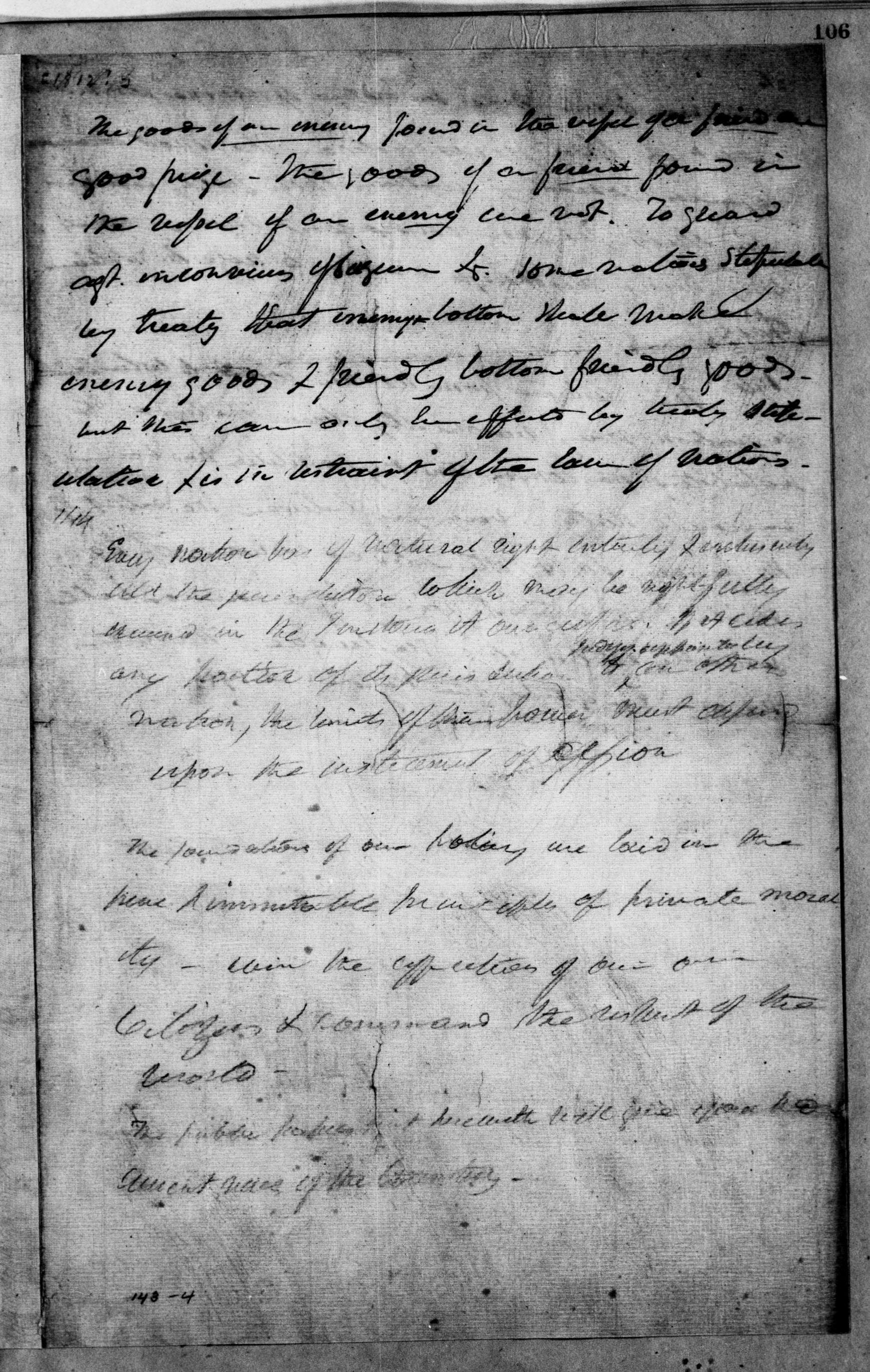 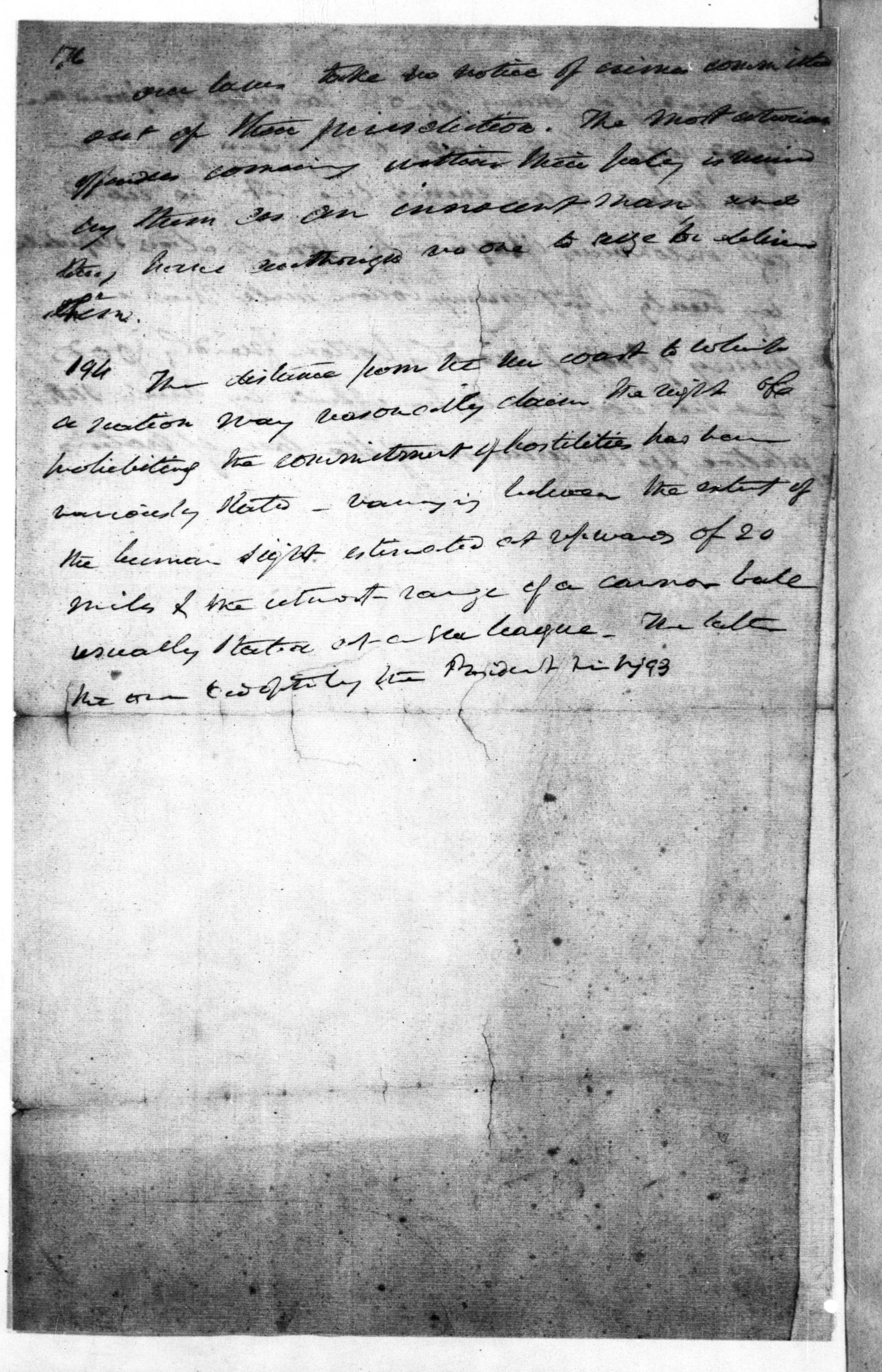 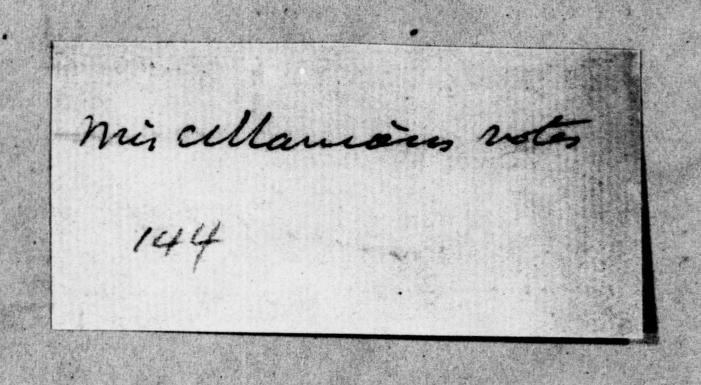