At the time, when I addressed the People of the Manor of Livingston and offered a deposit of Five hundred dollars to become yours in the event of my not substantiating the charge then made against you, I expressly limited the time within which the prosecution was to be commenced, that time has long since expired, and altho’ I entertain no doubt as to the result of an investigation, yet as I am not under any legal or honorary obligation to comply with the proposal contained in your late letter I choose to decline it.

It was fairly to be presumed at that time that the charge would ^be^ repeated if you omitted to ascertain its truth by a legal investigation, to your own omission theref[ore] are you to charge its continuance. And as I have no contr[ol] over the press nor in any degree contribute to the matter which fills the Columns of the Northern Whig, I am in no measure responsible for what it contains. If injurious imputations are there made the Authors or Publishers are responsible, & to them Sir you must resort for redress 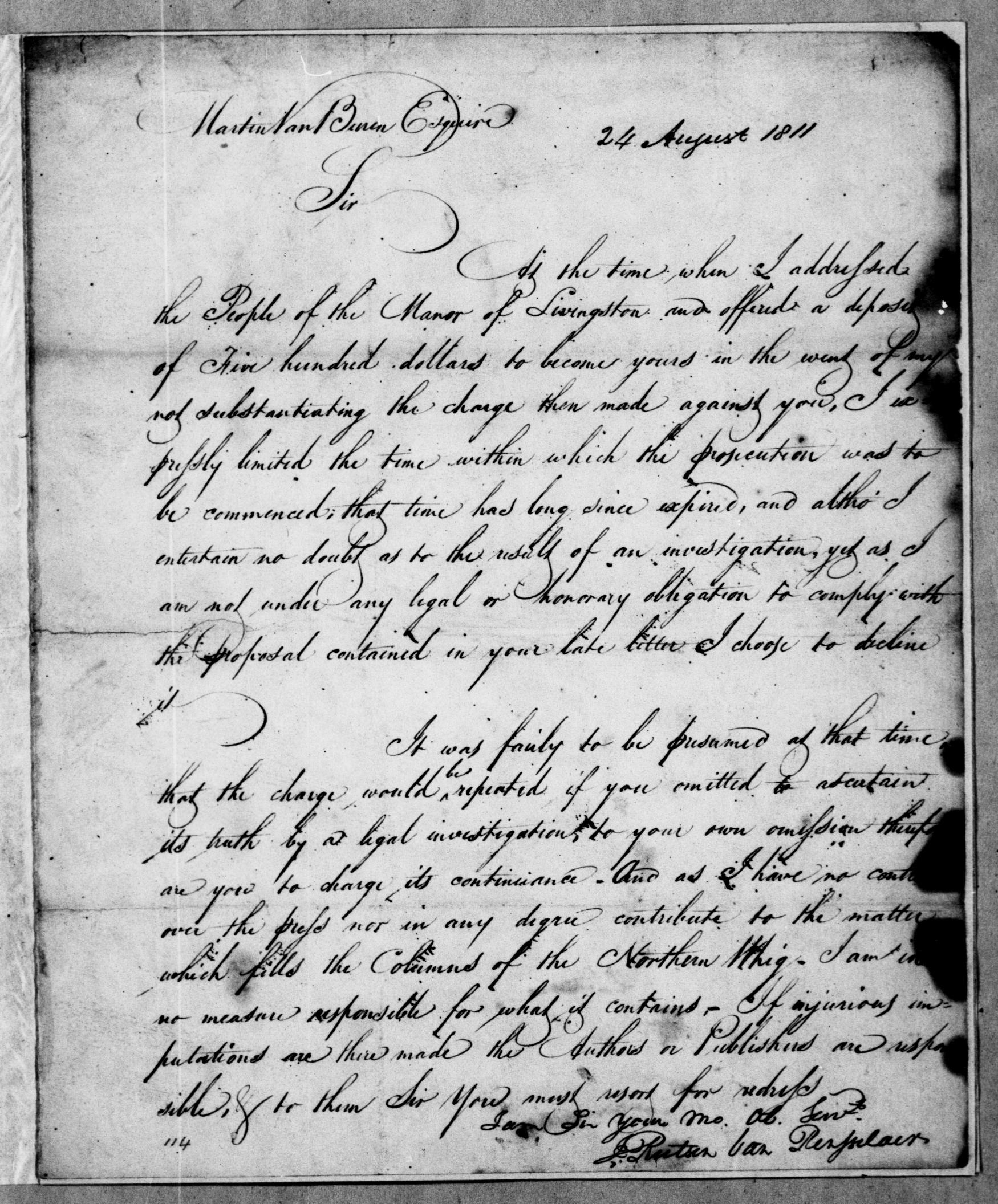 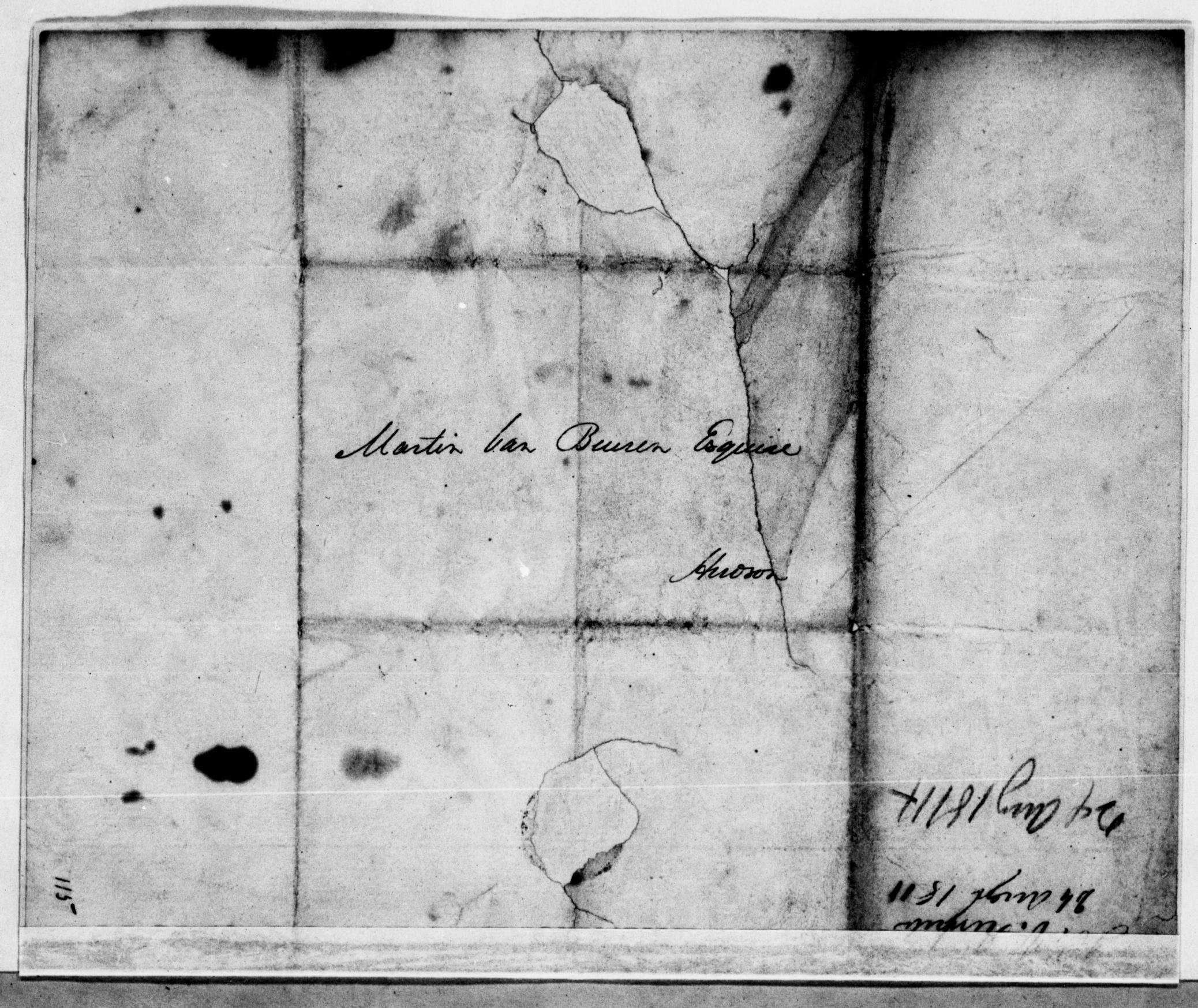