[MVB], Notes for the Hull trial [abbreviations of charges and specifications], c3 January 1814

I. The abandonment of Sandwich a post necessary to the reduction of Malden.

2d. A Refusal to attack Malden in consequence of a traitorous combination.

I. The dilapidated State of the guns & gun Carriages at Detroit & the traitorous neglect to repor[t] them.

2d. The Same as to the Fort

3d. Omission to repel the approaches of the enemy.

Cowardice at & in the Neighborhood of Detroit between 1st. July & 17th August 1812

I. Misbehaviour before the Enemy by evincing personal alarm in his conduct & conversation.

By abandoning the attack on Malden.

By retreating to Detroit without cause.

I By manifesting great fear during the Cannonading on the 15th & cowardly expressions in the public Street.

By avoiding all personal danger

By not attempting to prevent the Enemies crossing or Landing

By refusal & omission to reconnoitre.

By calling the American Troops from the field & calling ^crowding^ them in the fort.

By a precipitate declaration that he surrendered before terms of Capitulation were suggested.

I Surrender of Detroit upon the Impulse of personal fear only.

1st. No Stipulation that garrison should march out with the honors of War.

2d. None in favor of the Canadians

3d. None to advise the Secy at War.

Neglect of Duty & unofficerlike Conduct while commanding a Separate army between the 9th April & 17. August 1812.

I. Neglecting to receive & his troops from 25 May to 16th August

2d. No order of Battle prepared

3d. Sending the papers by the Boat having notice &c.

I Neglecting to repair the guns & gun Carriages

1st. By not Seasonably repairing & making the necessary gun carriages.

2d. A useless waste of time at Sandwich in projects to conciliate the British Inhabitants & Indians.

3d. Postponing in the first Instance & finally abandoning the <investment> & attack on Malden.

4th. Th By evacuating the province without in any way Stipulating for the Safety of the Inhabitants who had Joined him.

1 The importance of & neglect of Keeping open the Communication with the post at the river raisin.

2d. Miller after a victory obliged to return

1 By omitting to take & retain the Bridge over the aux. Canard & investing & attacking Malden

I Refusing to annoy the enemy in erecting their Batteries

2d. Neglecting to fortify the Landing place at Spring Wells

3d Neglecting to attack the enemy at Spring Wells & afterwards. 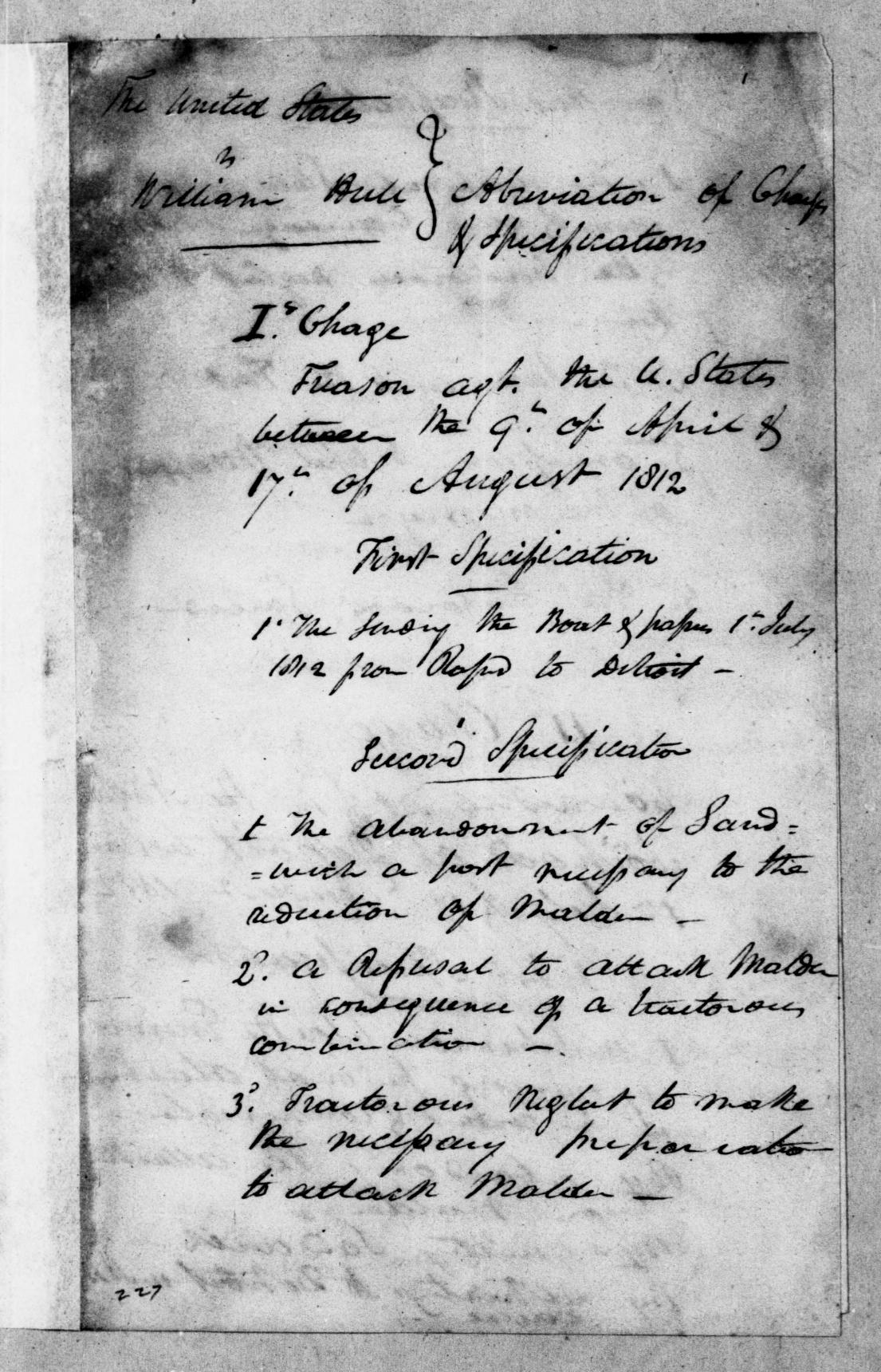 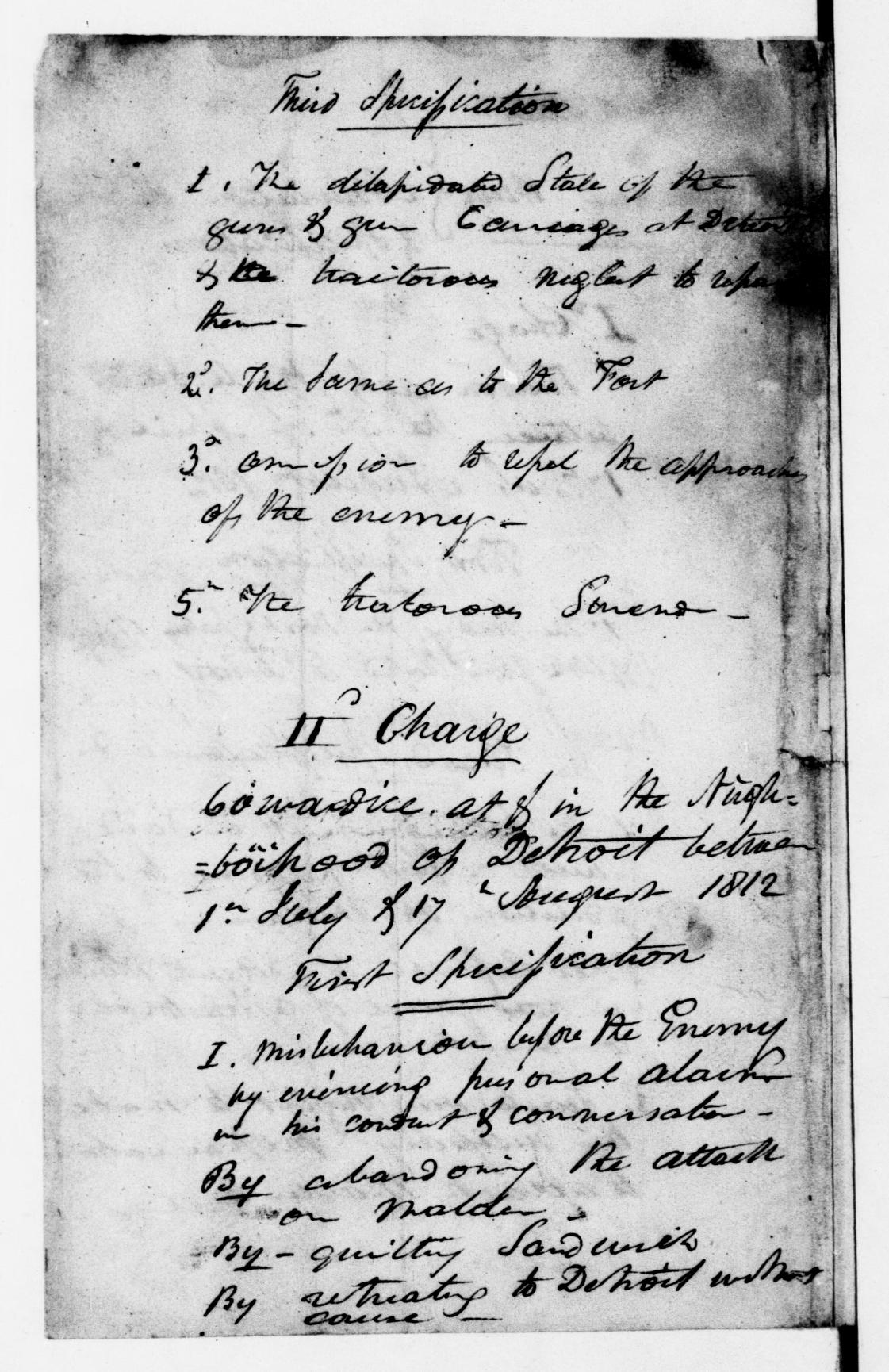 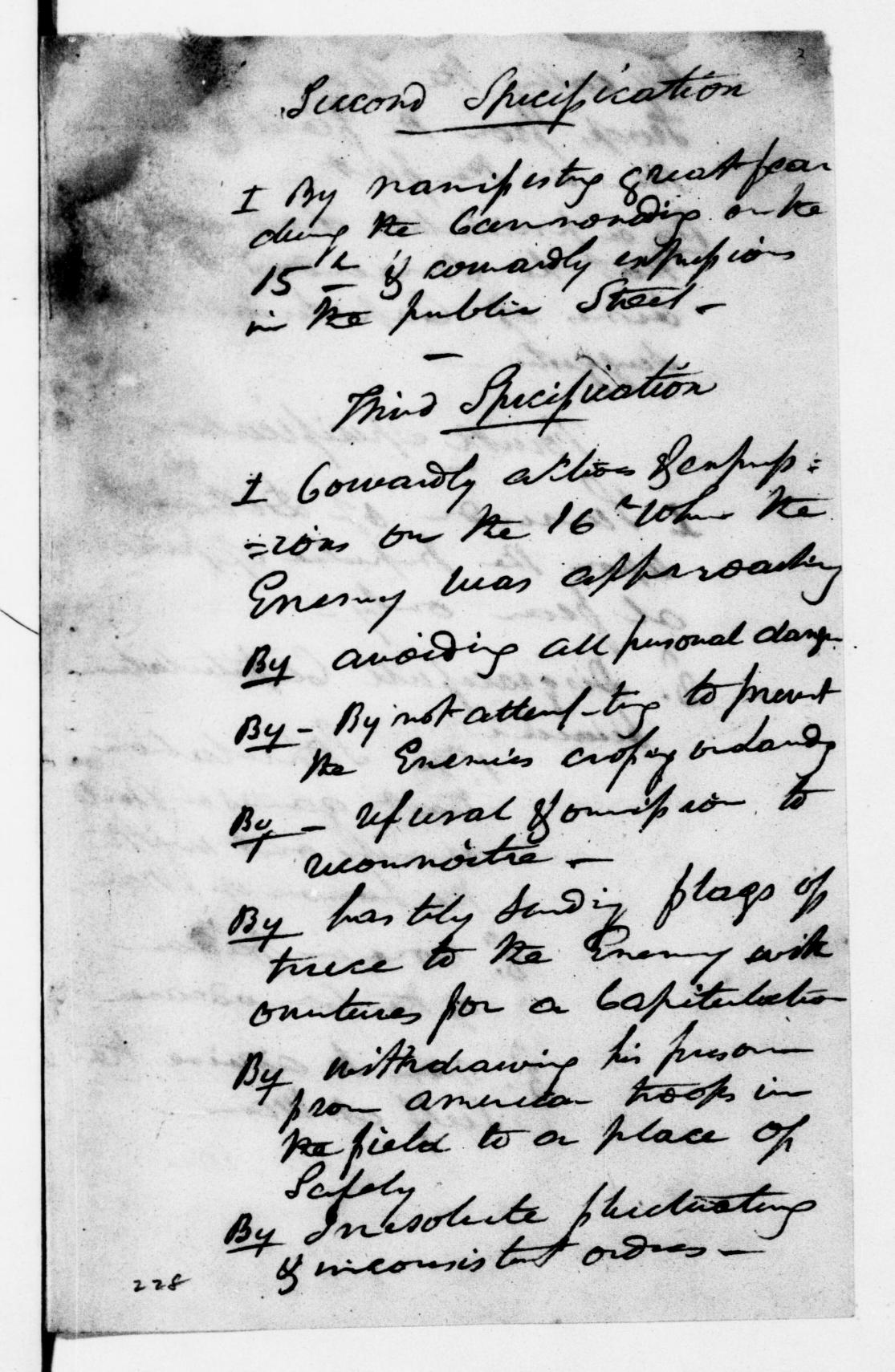 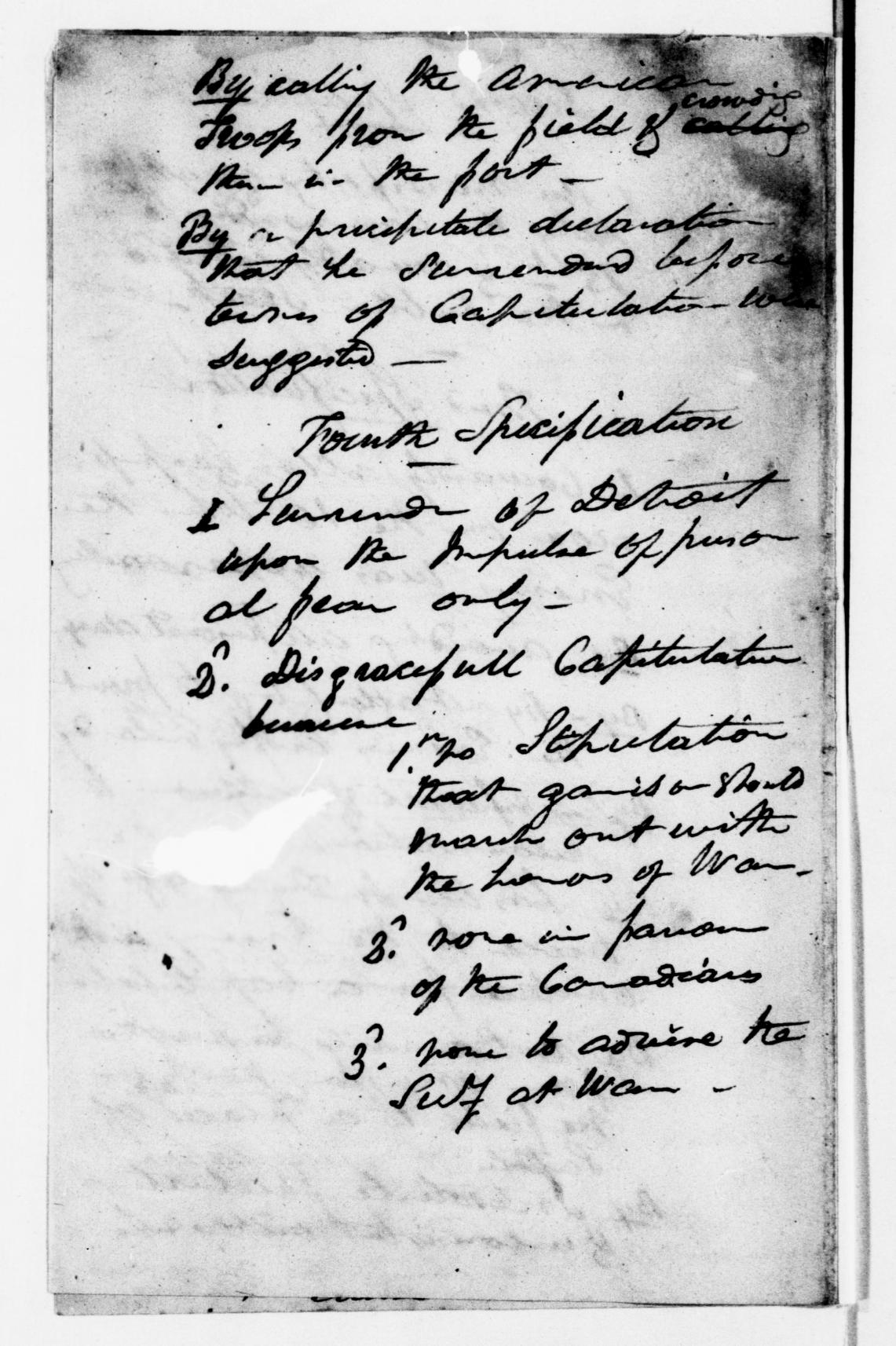 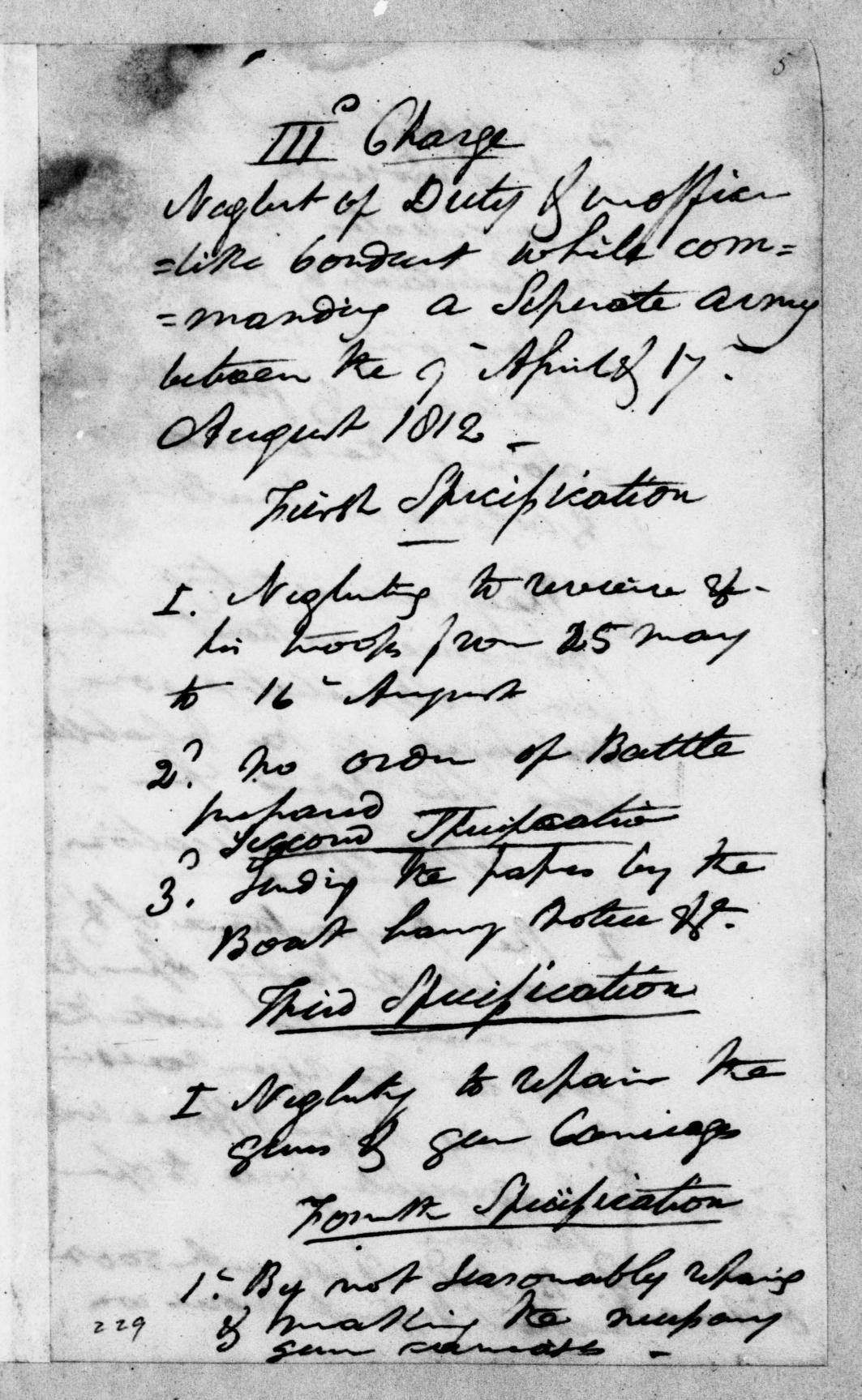 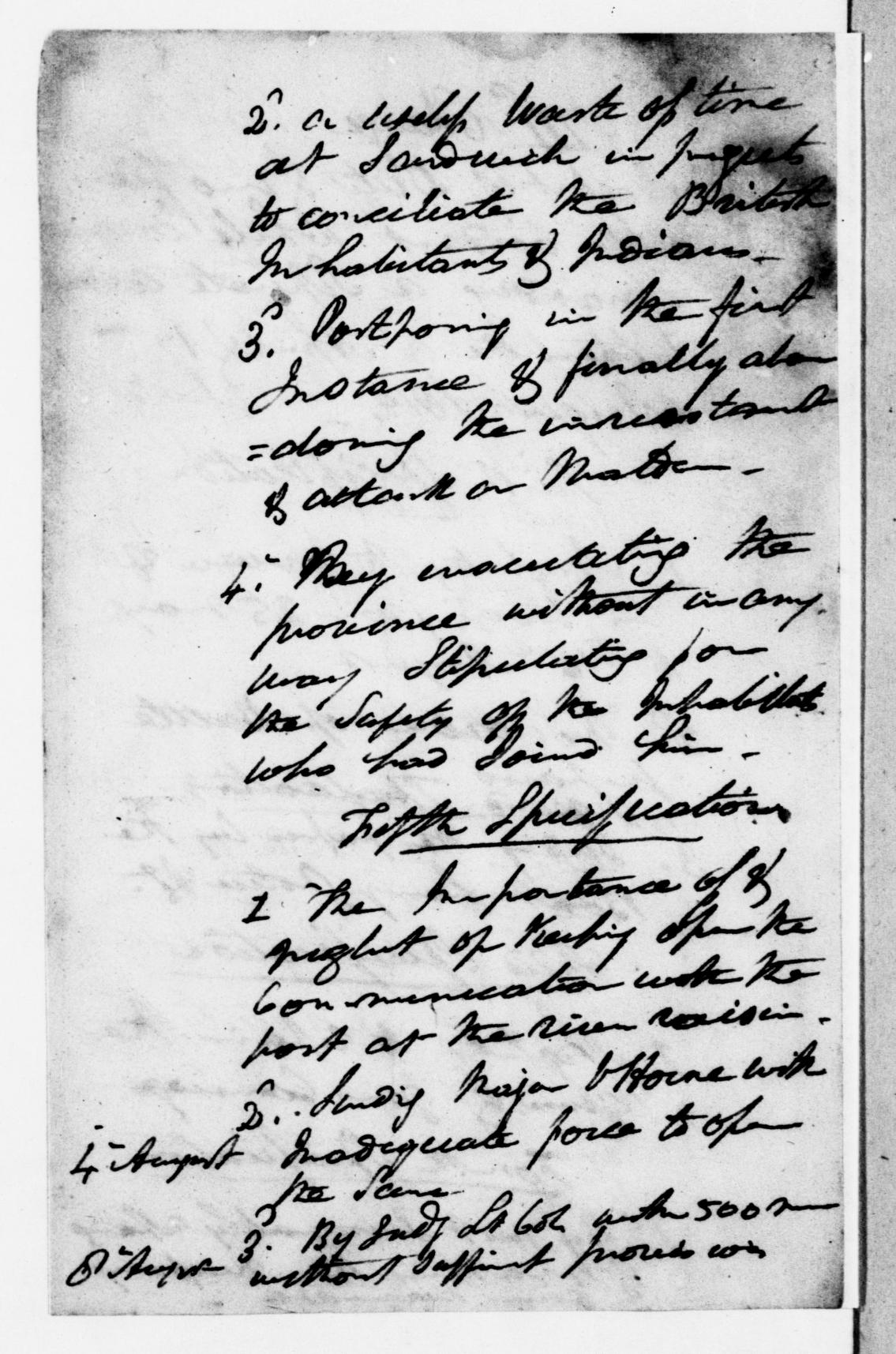 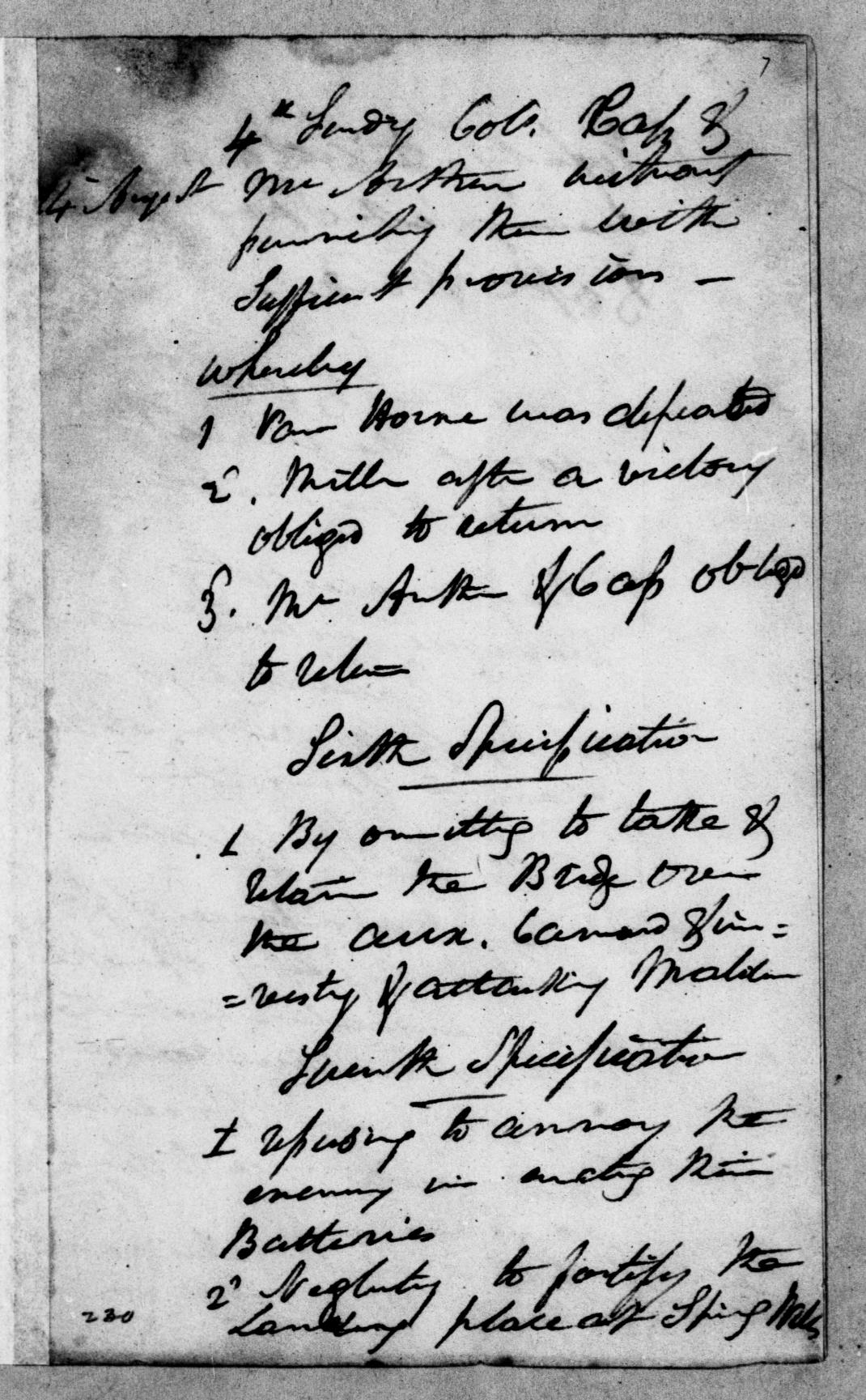 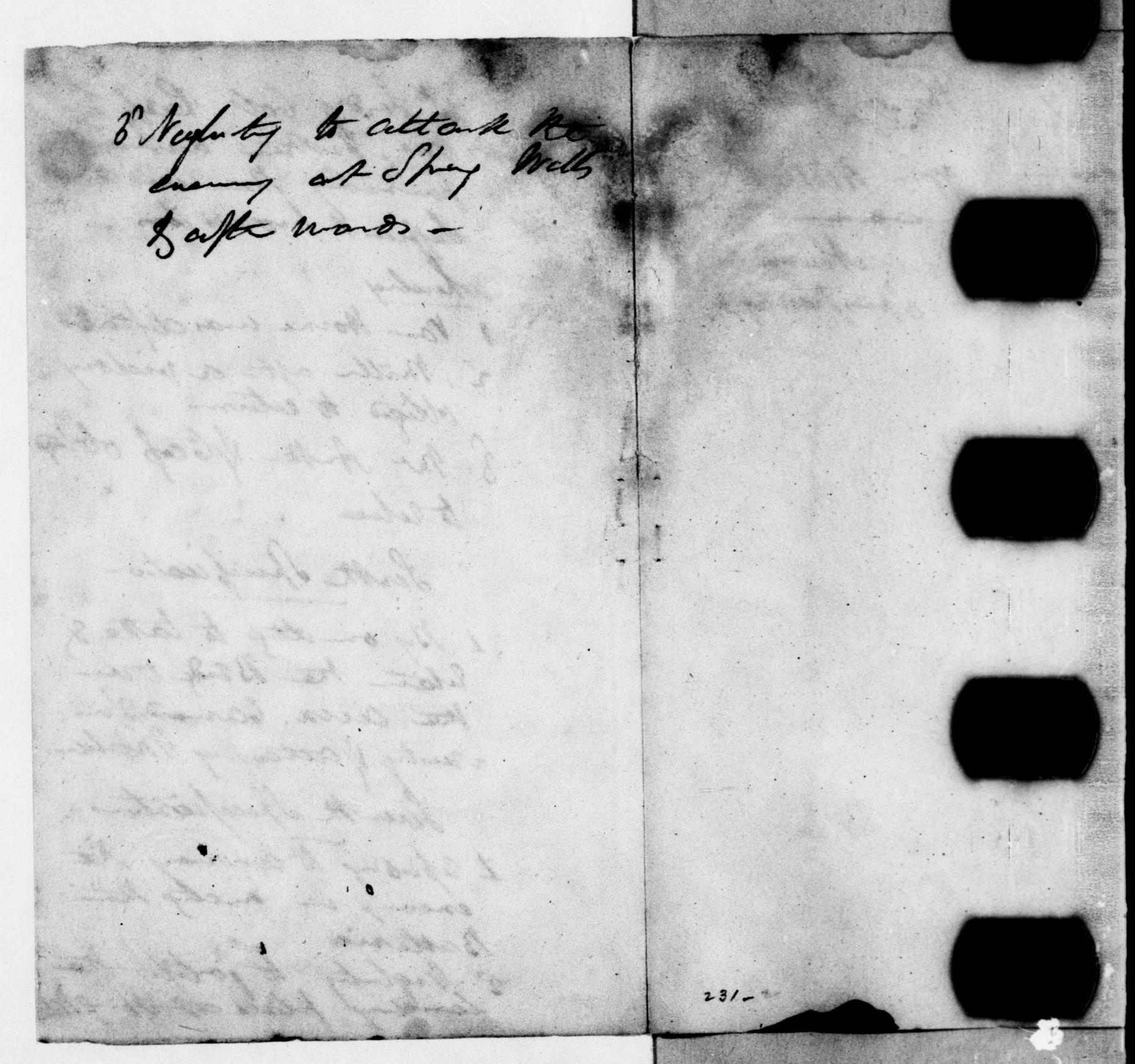 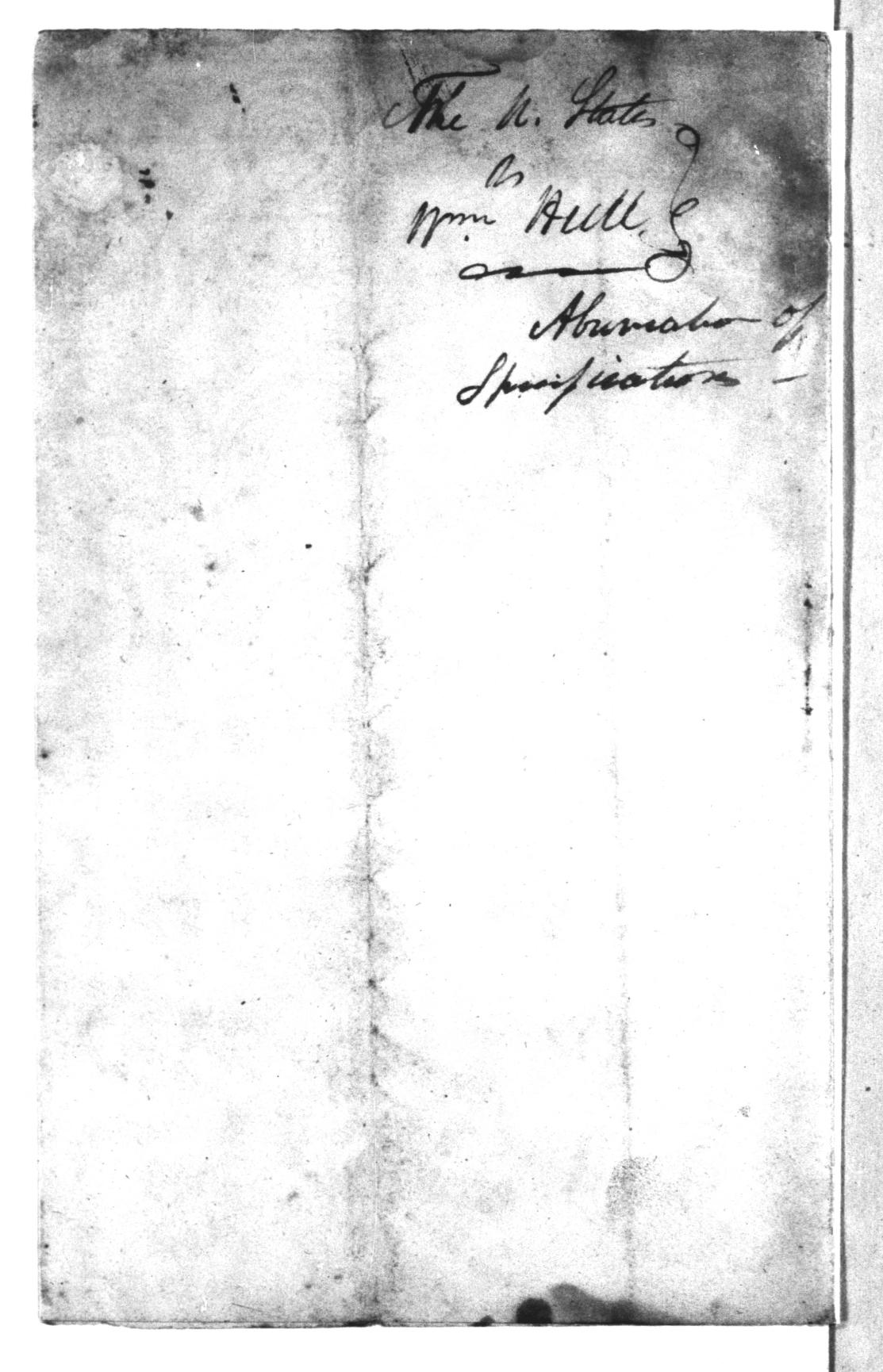