Will testify to the transaction of the campaign generally.

Was a member of several councils, he also particularly observed the personal conduct of the General on the morning of the 16th. Augt.

Was Adjutant of the 4th & can testify to its strength, he will also state the personal conduct of the Genl on the morning of the 16th. Augt

Was stationed at Detroit nine years & is perfectly acquainted with the state of its works, he also will swear to the behaviour of the Genl on the 16th.

Will testify to the crowded state of the garrison.

Was adjutant of McArthurs regiment & can state its force.

Major Jessup can give a better account of the operation of the campaign than any other officer, he was Brigade Major.

Commanded a battery & was employed in the labratory.

Alexander James Dallas may have supplied this list to MVB. 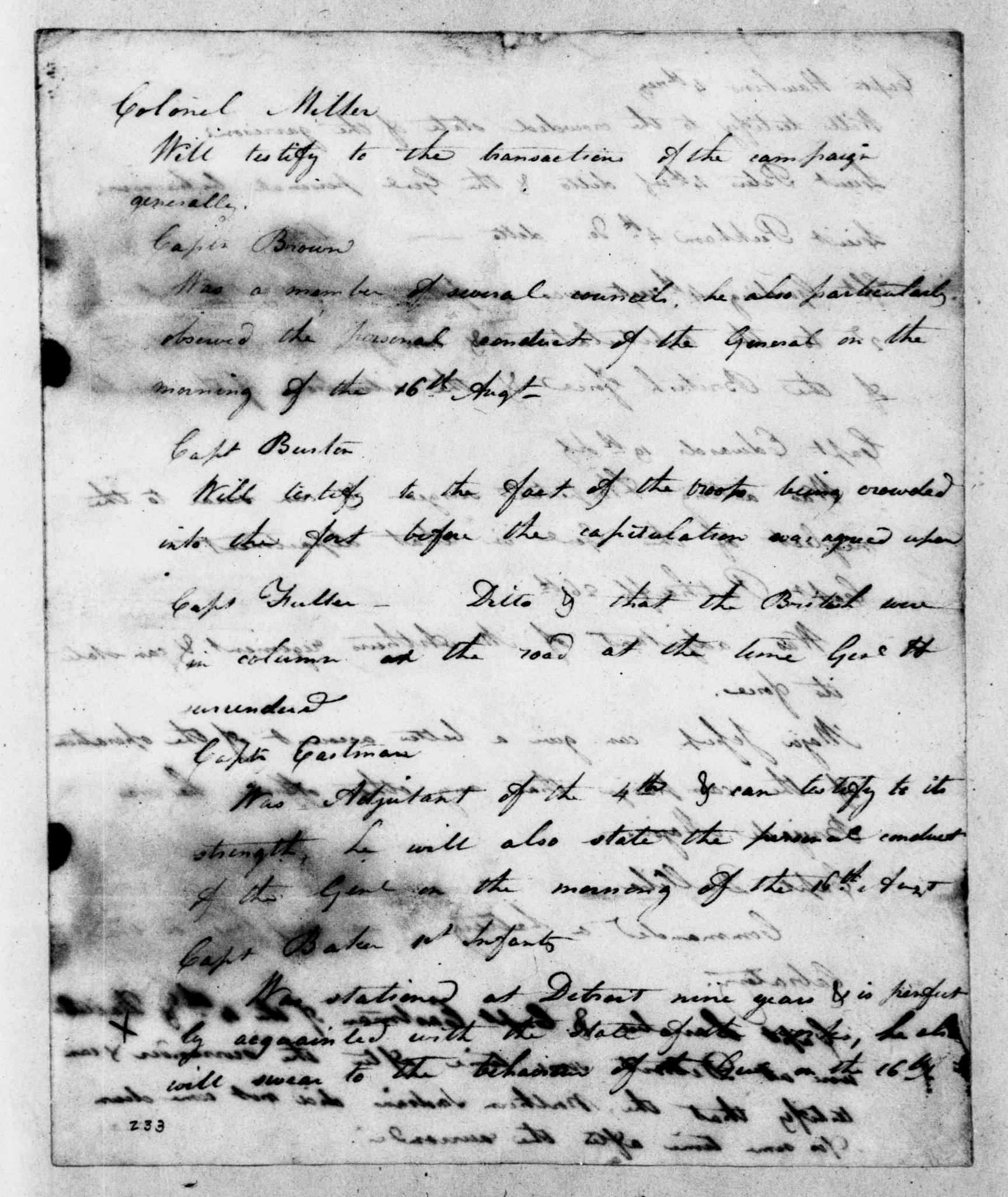 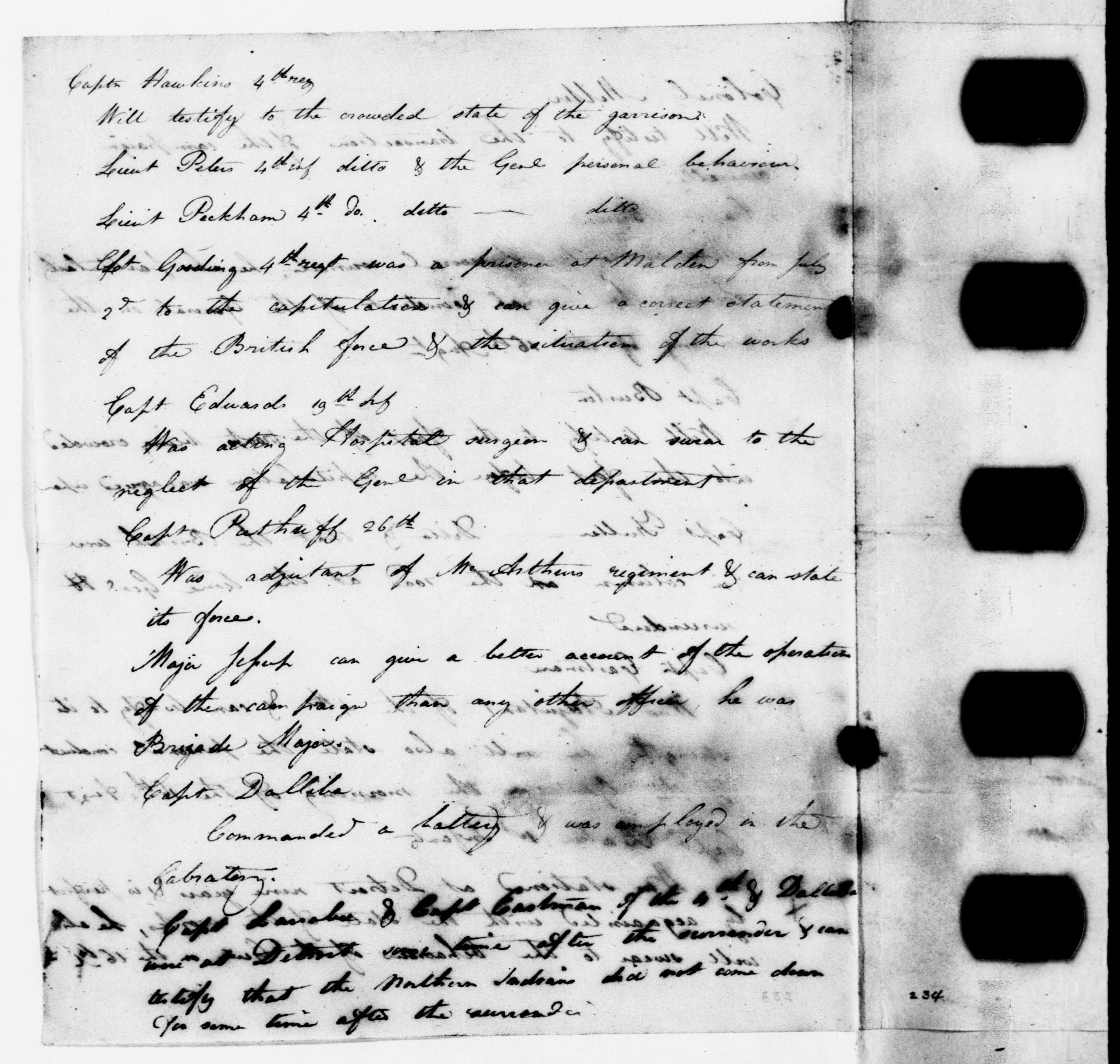