You recollect p must perfectly recollect two publications which were made in the northern Wig & hand Bills impeaching my official conduct in the Charging of Fees on Writs & Executions, against the Immediate authors publishers of those the charges I have instituted Suits and of course explanations with them made are superfluous, but this not being the case with you, Sir, I feel it who if my Information be correct have had some agency in the Justifying those charges when made, I feel it ^to be a^ my duty and my right ^which I owe to myself^ to call on you for an explanation on the subject, ^The exercise of which I am myself persuaded will not questioned.^ The Charges embrace two ground viz charges, ^Fees^ on Execution for postponing Sales and mileage ^fees^ on Writs. First then have I not been advised by you that the Charge for postponing was legal and are you or not now of the same opinion, secondly have you not been apprised of the principles which on which the charge of mileage is Justifyed by me, and whatever your opinion on the abstract principle question of law, the may be are you not satisfyed that the charge fees might be charged on the principle I contend to be the Correct one, with the views the most correct and views and honest Intentions. Permit me to urge your speedy answer to the above as the subject you must be <sensible> is to me of importance.

You have been fully apprised that in the cases referred to although there may be appear to be overcharges in <illegible> estimating the cases Fees from the ^place^ established by law to where the Dept actually resides, that they were cases in which the deputies had pursued the Defendants the actual distance charged and that it was on this principle that they Justifyed the Fees returned by them and to which I conceive myself, & them fully entitled ^to^ by the Statute and that ^that^ too was the Case in the few Writs served by me in every Instance if any there are in which there may appear to be an over charge. Now Sir whatever your opinion may be on the abstract question of Law (which I am not satisfyed that from your professional relations to they the Defendants in the Suit brought by me, I have a right to enquire into) are you not satisyed that the fees might be charged on the principle I contend to be correct, with the most be correct views and honest Intention and without into having any fear of being ^considered^ guilty of Extortion. Your speedy answer is disirable.

of Letter To Elisha Williams

1st. That the Charge was made during Mr Williams absence

In hand of MVB. 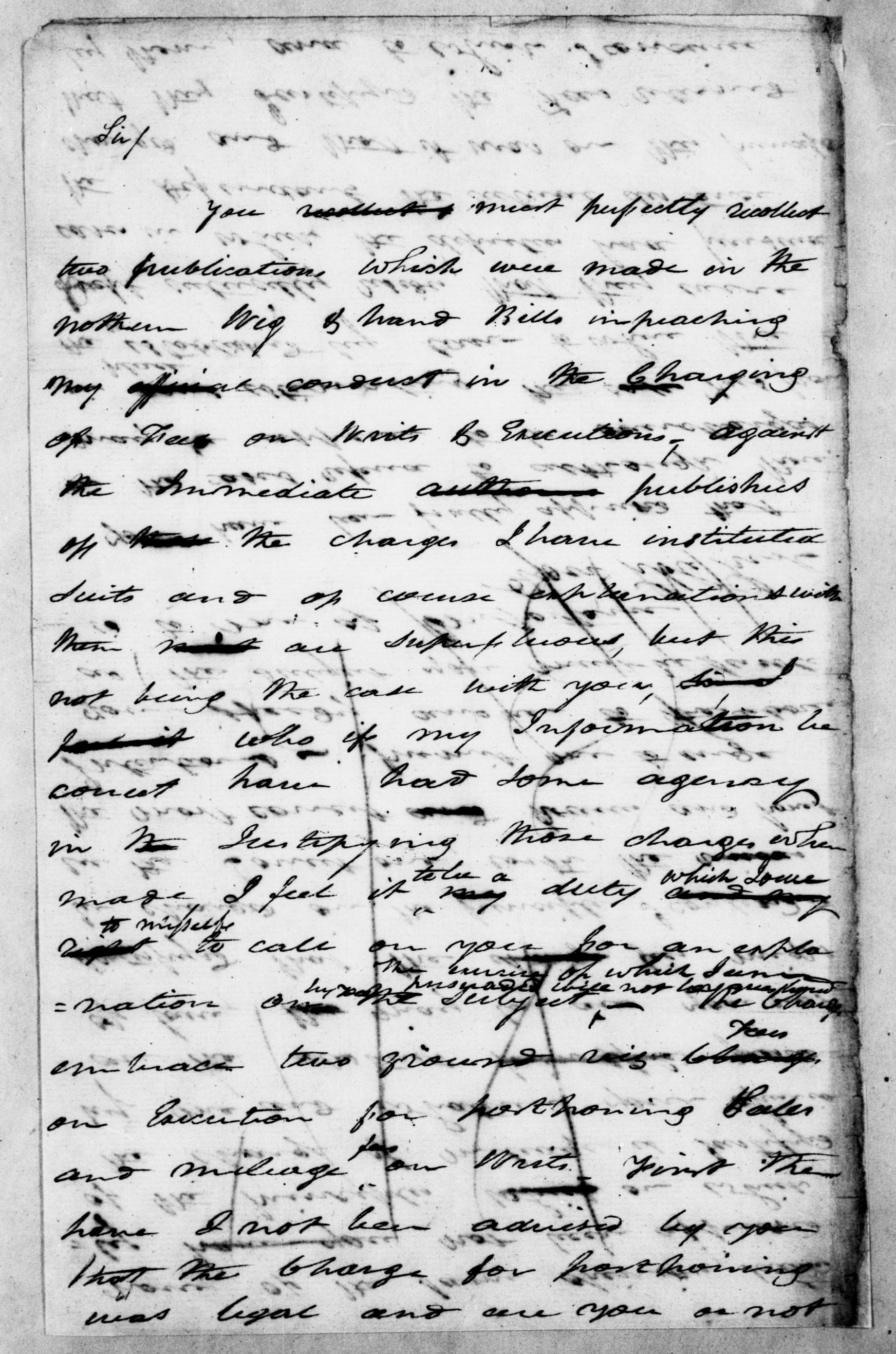 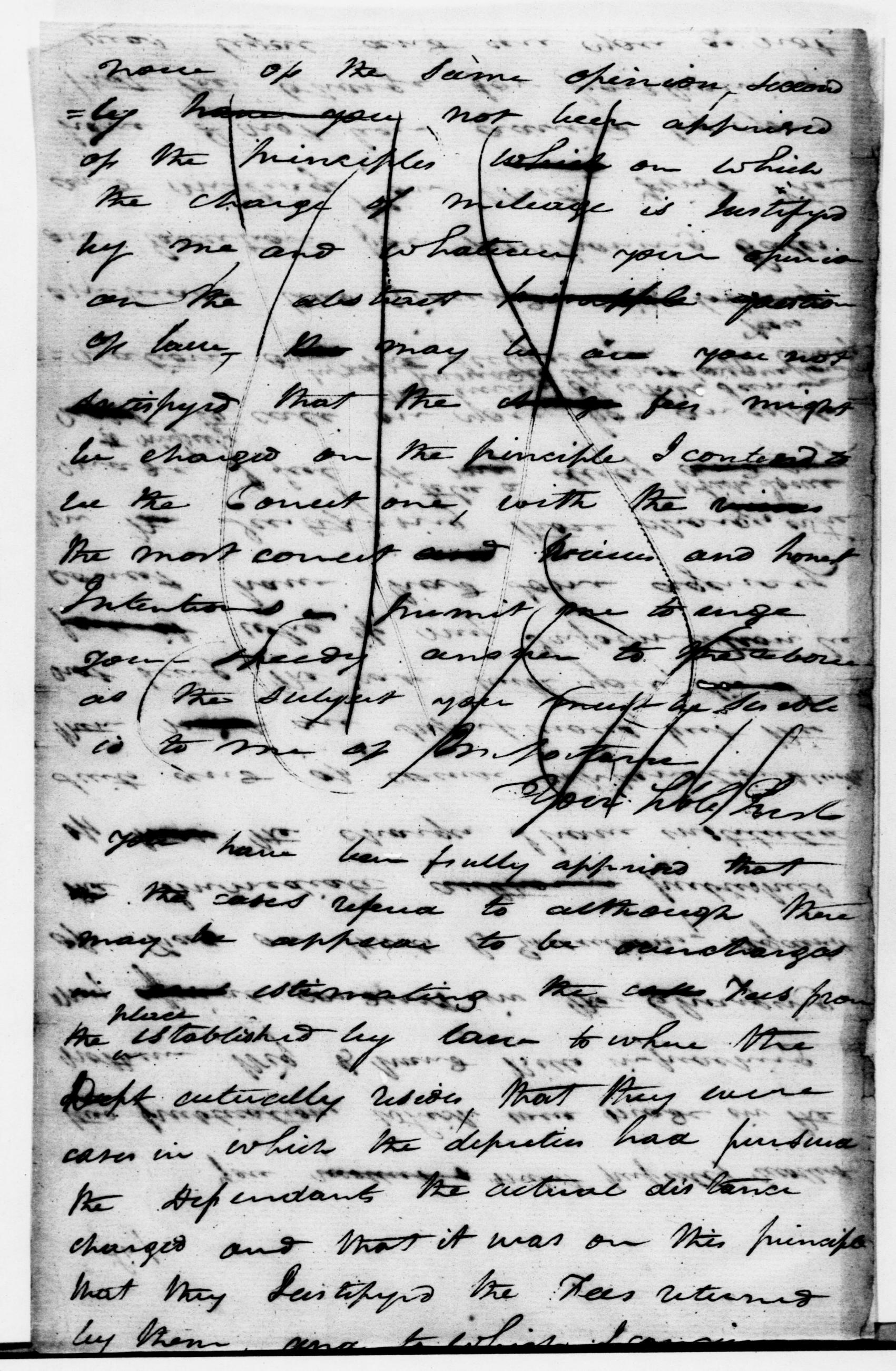 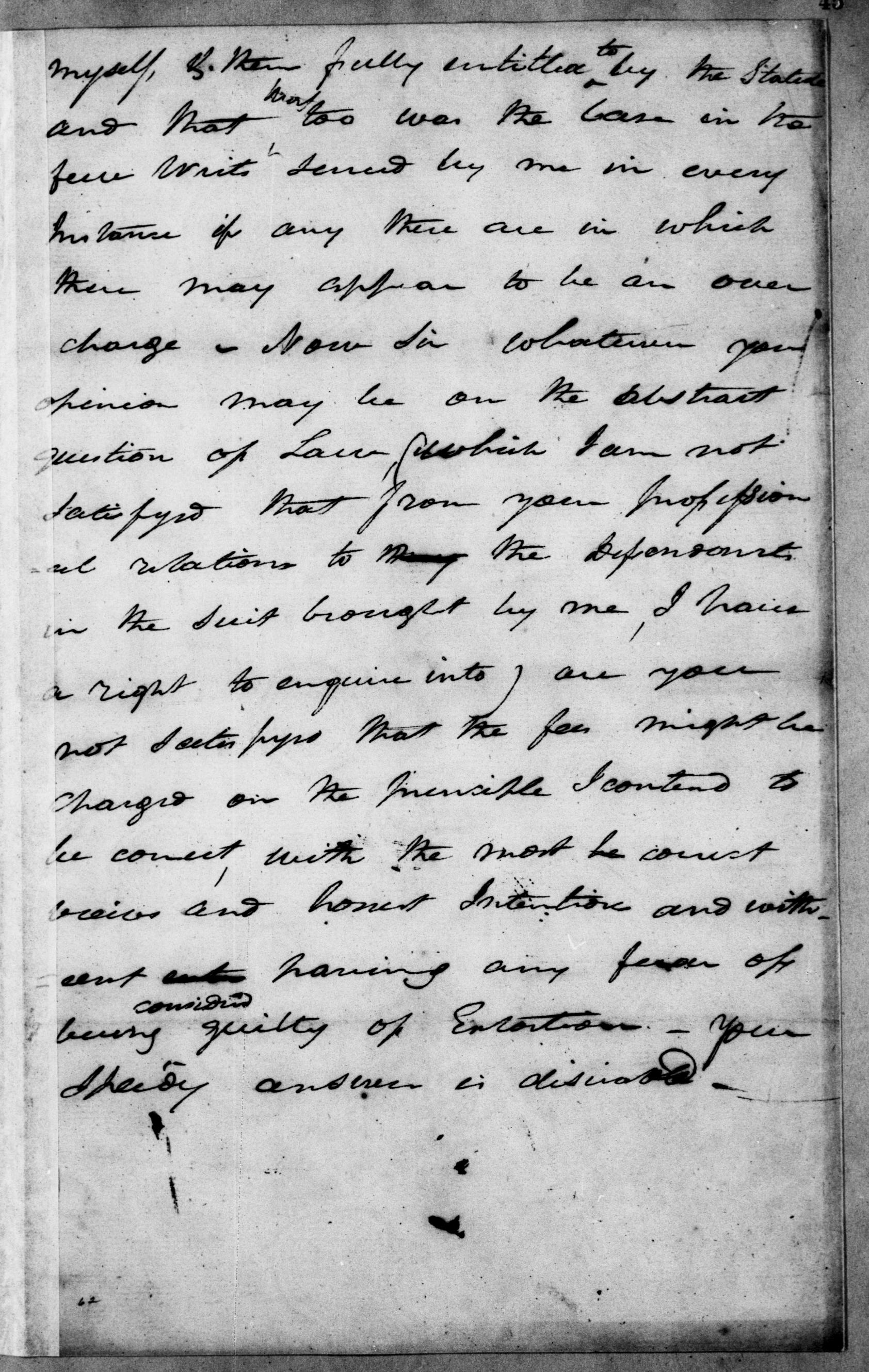 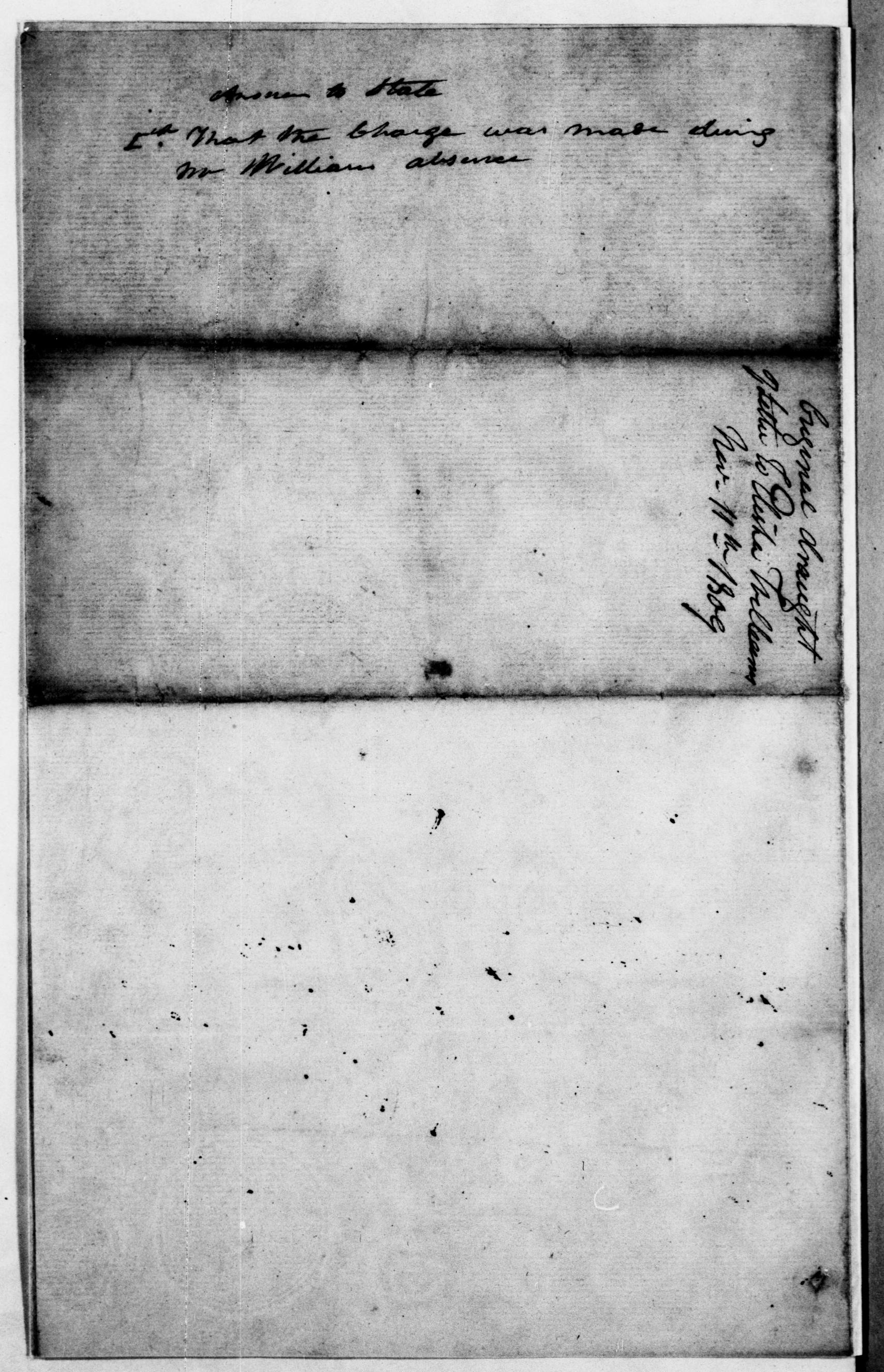