I have the honour to acknowledge the receipt of your note of this morning and hasten to give you the ^some^ explanation in my power, the original publications made on the eve of the last election issued without my knowledge and during my absence from Town, <Those> Agency that I have had in the affair was not only subject ^subsequent^ to the first publication against you but subsequent to your reply. As to the conduct of your Deputies it is unnecessary and would perhaps be improper for me on this occasion to say any thing, from which however it is not my wish or intention any inference should be drawn unfavourable to or effecting them either one way or the other their conduct not being in discussion between us. In the two or three cases which I was informed the service was performed by yourself I understood the Mileage charged by you was actually performed in pursuit of the defendants before Caption and that you supposed yourself justified by Law in that mode of computation, without meaning to be understood that the statute will justify this charge I have no hesitation in saying being made for travel actually performed and under your construction of the Act you thought warrantable; no Gentleman would feel himself at liberty to call it extortion and the explanation given satisfies me of the purity of your intention As to the ^As to my opinion on the^ cases of executions, I did state to you that on a postponement of sale under fi fac made to accomodate the parties you was entitled to a reasonable compensation for your second attendance advertisement and second attendance on the sale. I am still of the same opinion, nor am I conscious that its correctness has ever been questioned by any person

In the hand of John C. Hogeboom.

In the hand of John Cornelius Hogeboom 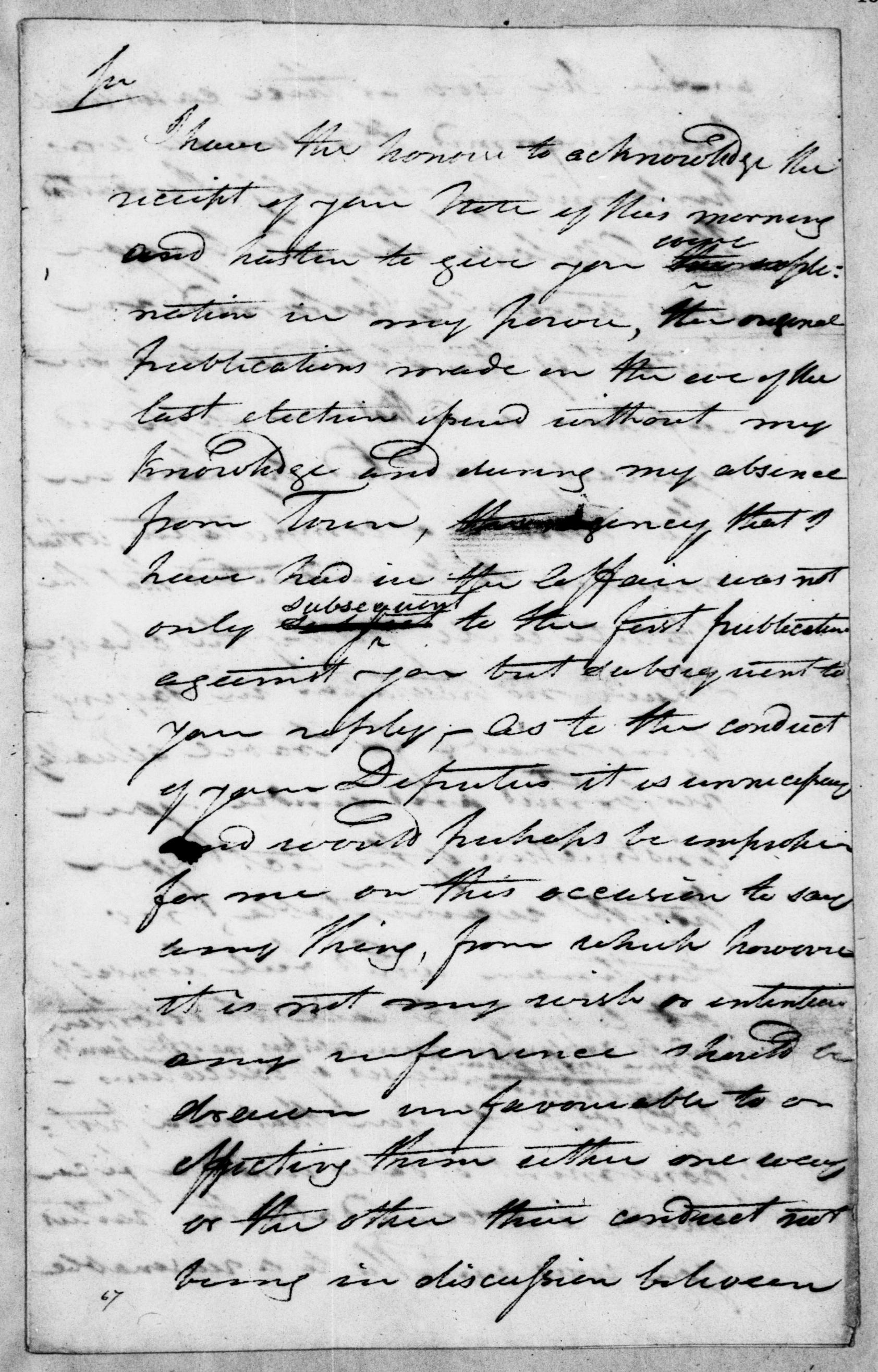 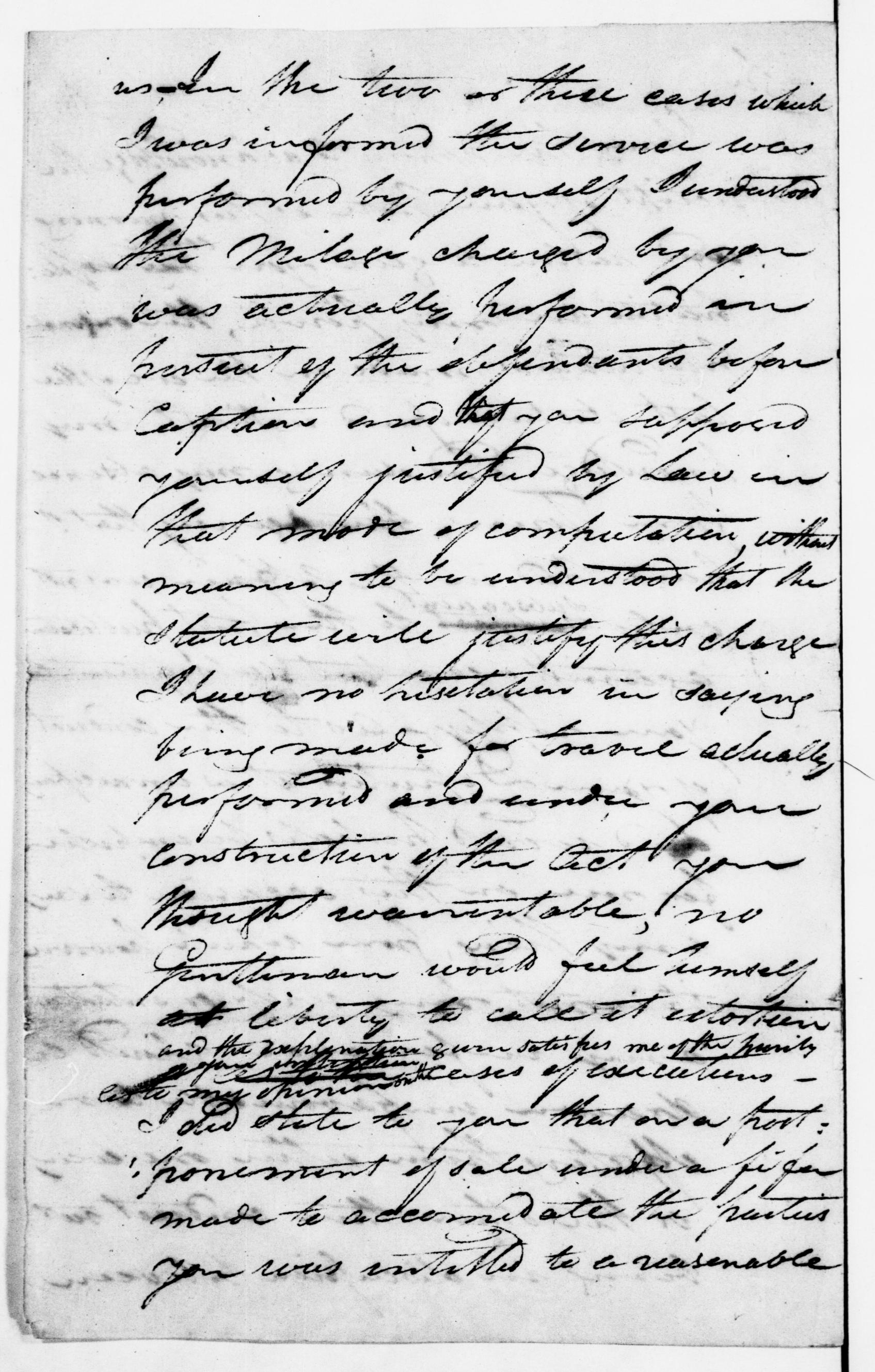 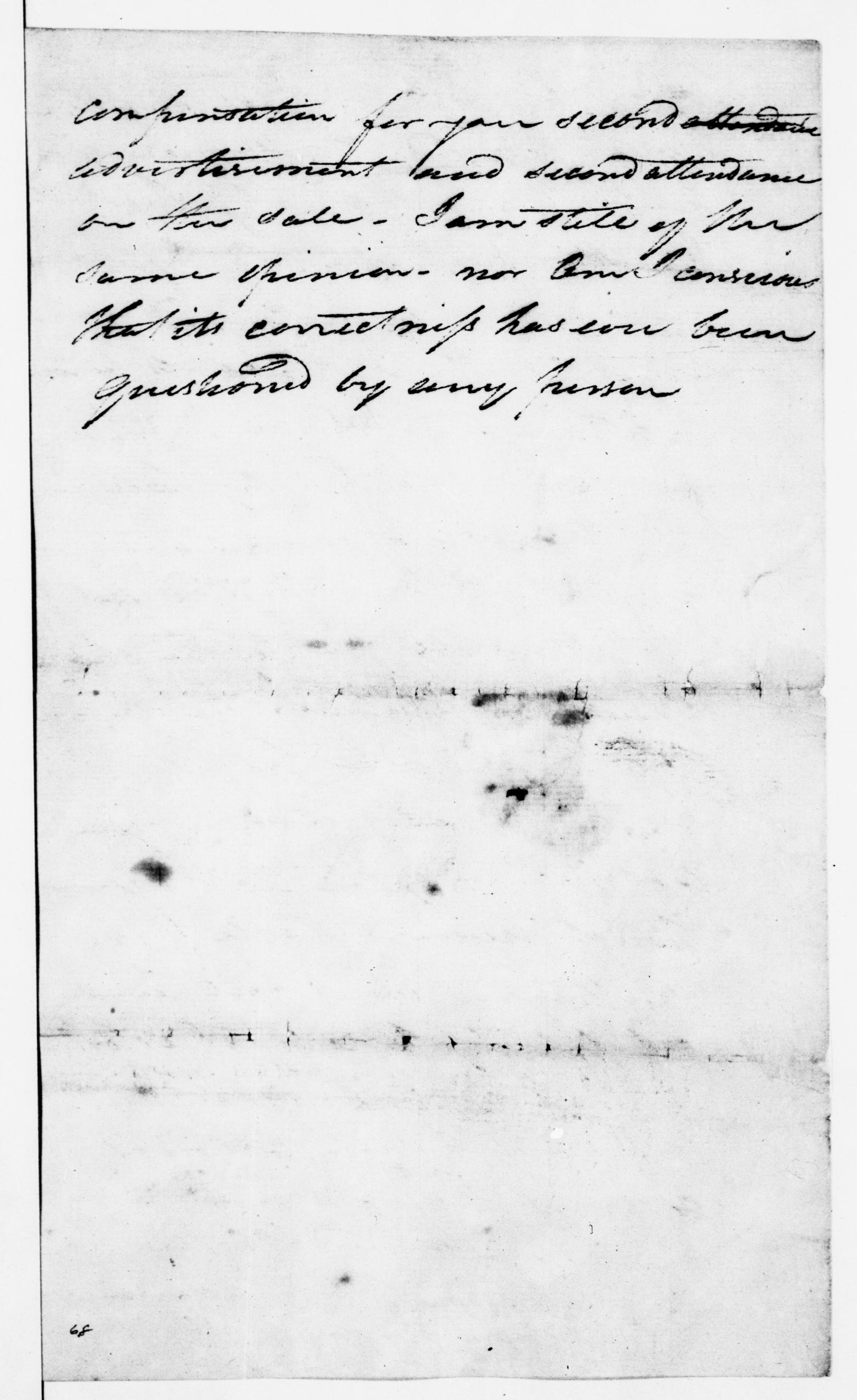