The original publication to which you allude made on the eve of the last election issued without my knowledge & during my absence from Town. The agency that I have had in the affair was not only subsequent to the first publication against you but subsequent to your reply

In the two or three cases in which I was informed the service was performed by yourself. you state the mileage charged by you was actually performed in pursuing the Defendants before Caption, and that you supposed yourself Justified in charging by law in the mode of computation by you adopted. Altho in my opinion this construction of the Statute is not correct I have however no hesitation in saying that if made for travel actually performed & under a construction of the act you thought warrantable I certainly should not never call it extortion. As to my opinion in the cases of execution I did state to you that on a postponement of sale under a Fi. Fa. made to accomodate the parties you was entittled to a reasonable compensation for your second advertisement & second attendance on the sale, I am still of the same opinion, nor am I conscious that its Correctness has ever been questioned by any person.

I am Sir your Ob. Servt.

In the hand of Jacob Rutsen Van Rennselaer. The final version of this letter appeared in the Northern Whig (Hudson, NY), 4 January 1810, pg. 3. 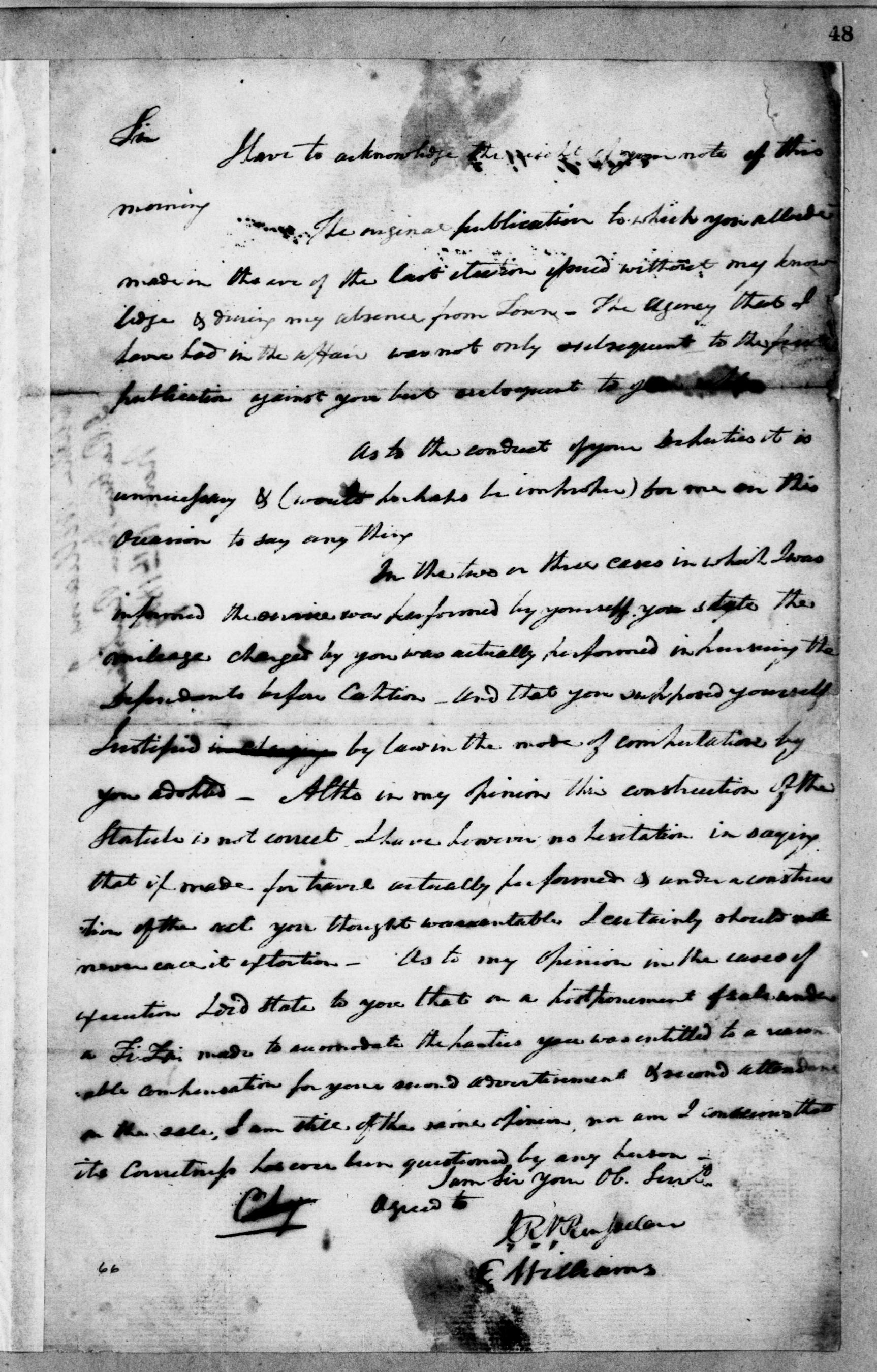 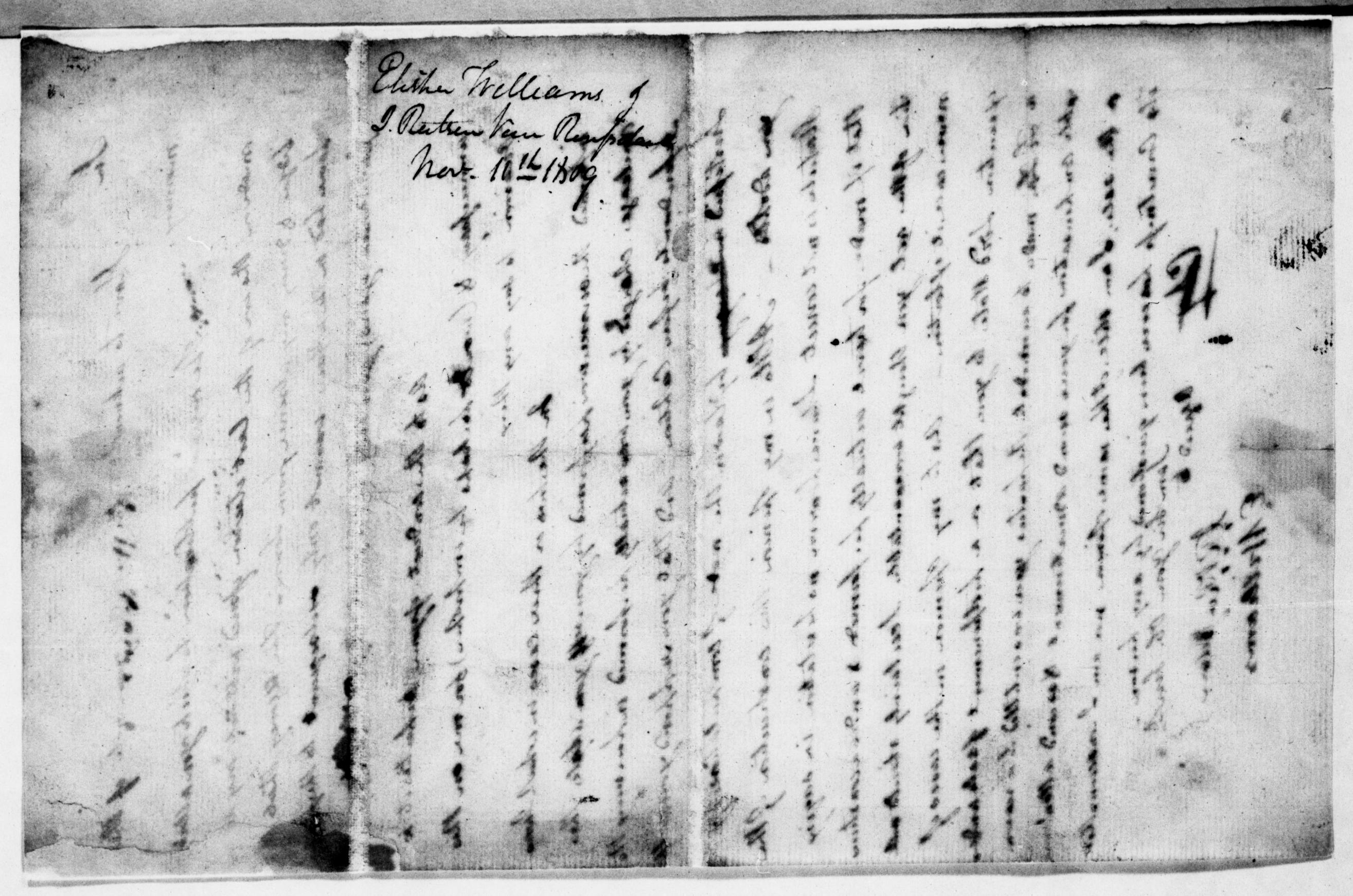