The friends of the Vice President deem the publication of the correspondence I have referred to, important, but he feels a delicacy to permit its publication without your consent. To meet the circumstance of your not having the letters in your possession, I take the liberty of enclosing copies which have been taken from the Vice President's letter book. I am fully aware, Sir, of your aversion to connecting yourself at this time with the party politics of the day, and did I consider the expression of your opinion on the merits of Governor Tompkins' services during the late war as having, in the least degree, that tendency, I should be the last person who could be induced to impose on you the necessity of declining it. But thinking otherwise, I will throw myself on your indulgence in suggesting the high gratification, which that portion of our citizens who look to their conduct during that most interesting period of your administration, as the proudest of their lives, would derive, from learning that the services rendered by the Vice President to his country during the war, are as highly estimated by you as they are by them.

Permit me, Sir, to repeat in this note my veneration for your public character, and the devotion with which I am

Your very obedient and 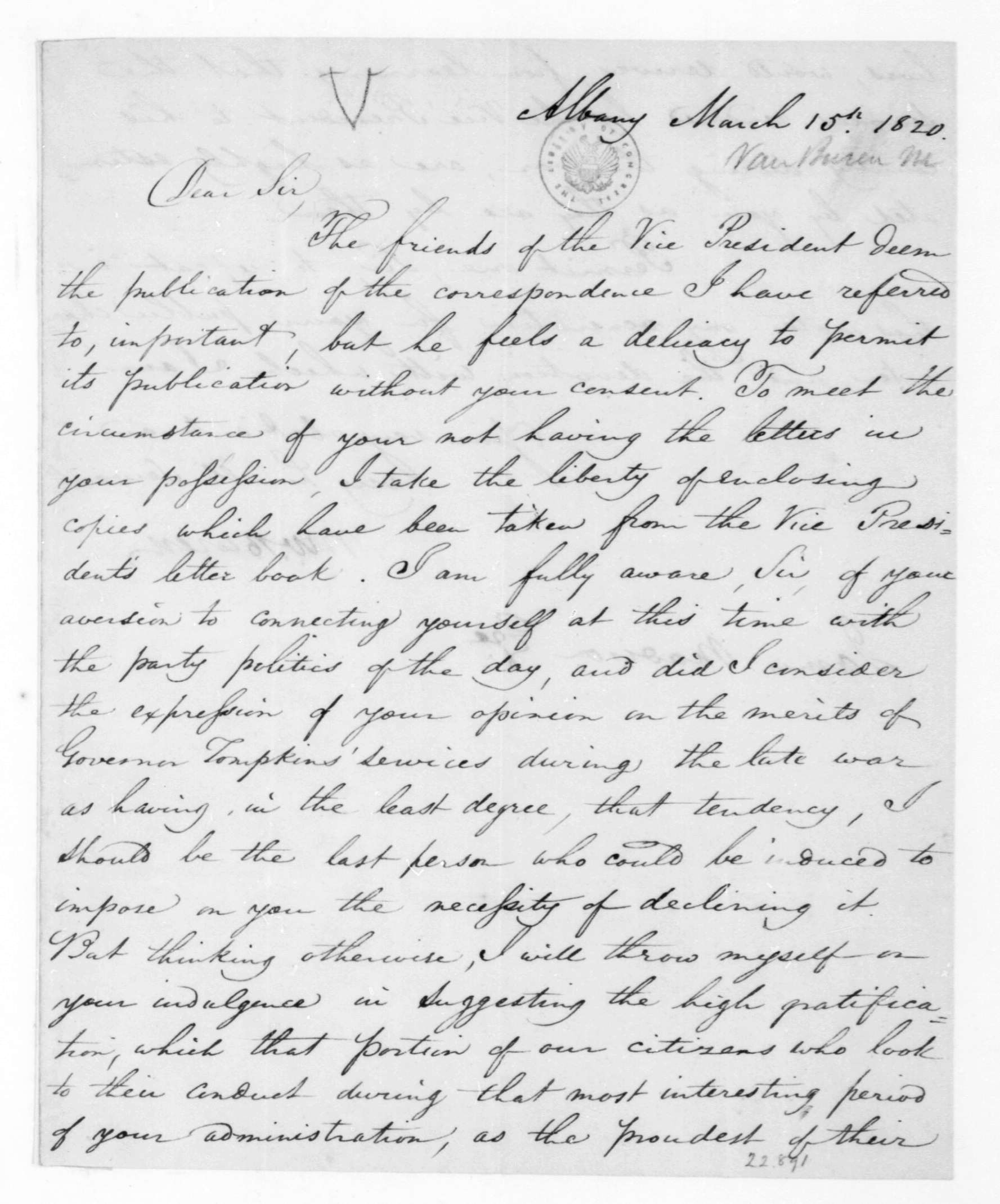 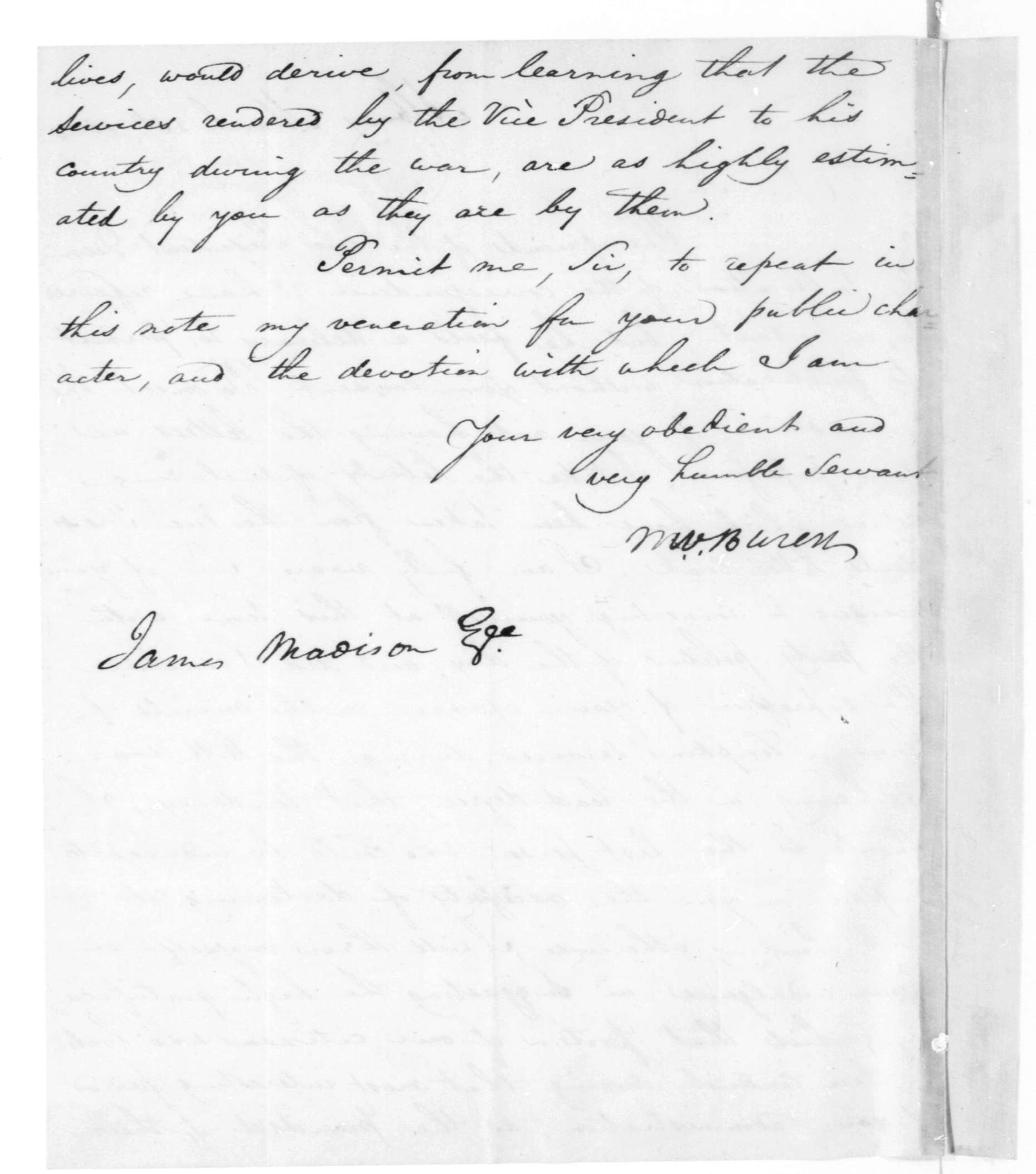 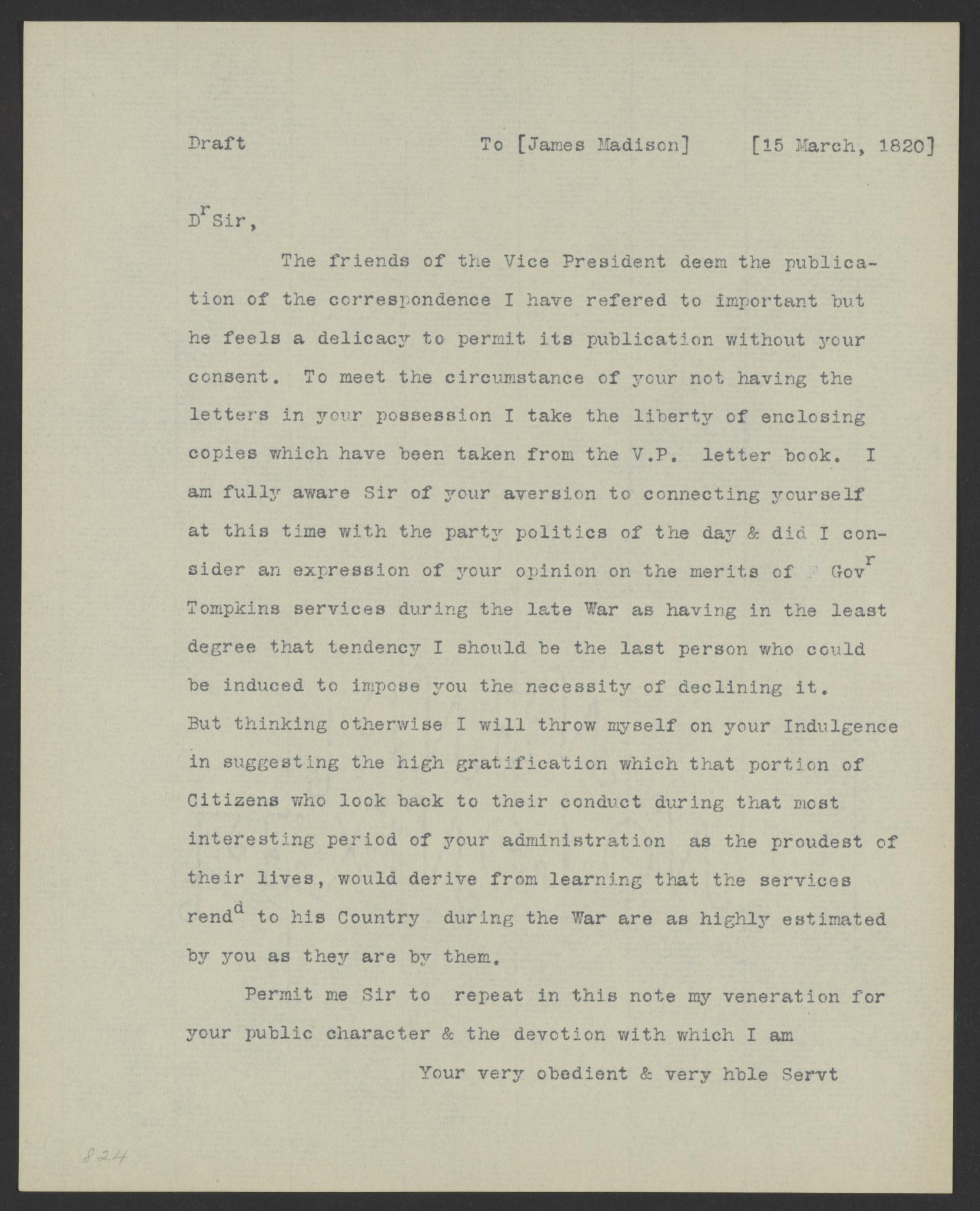 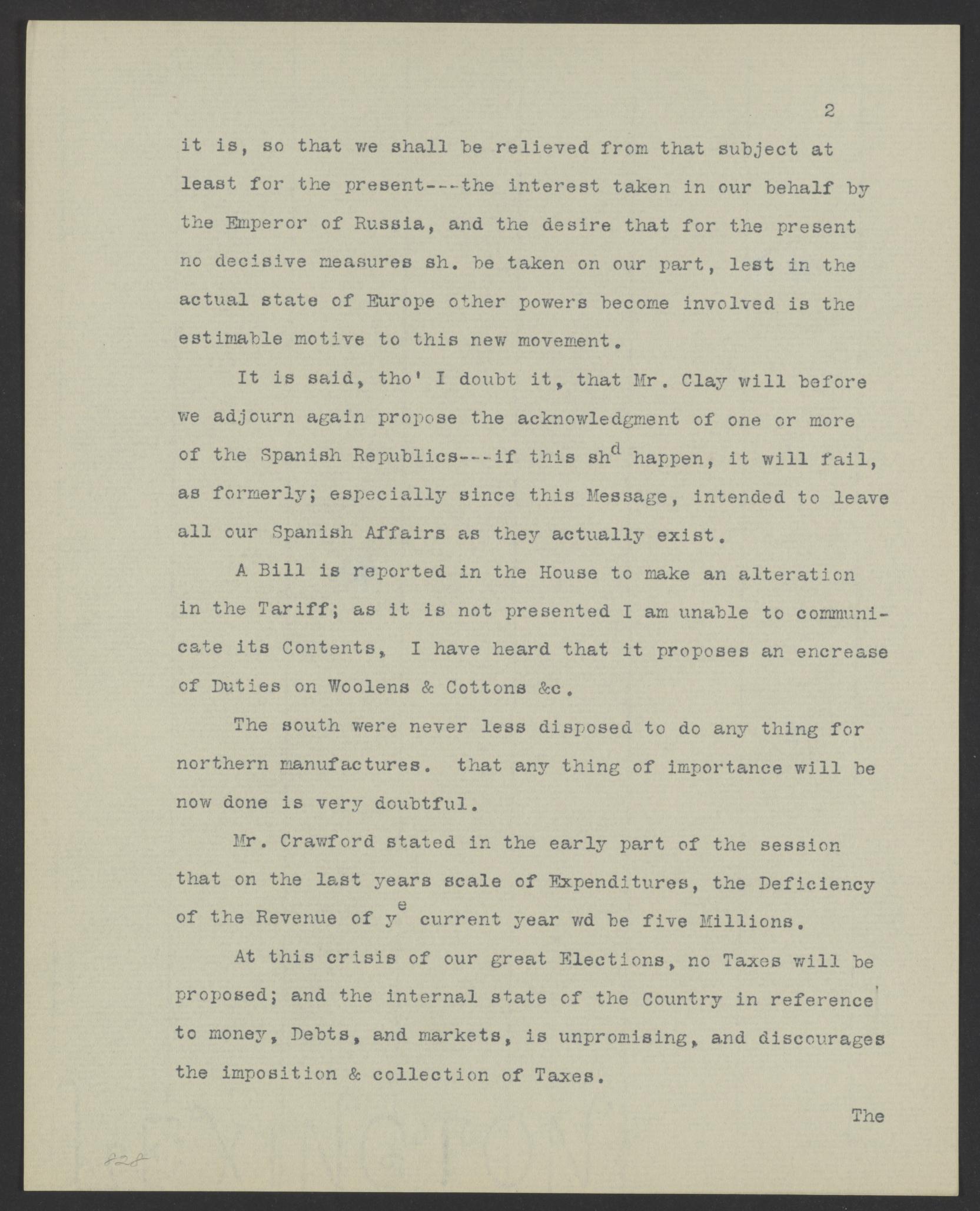 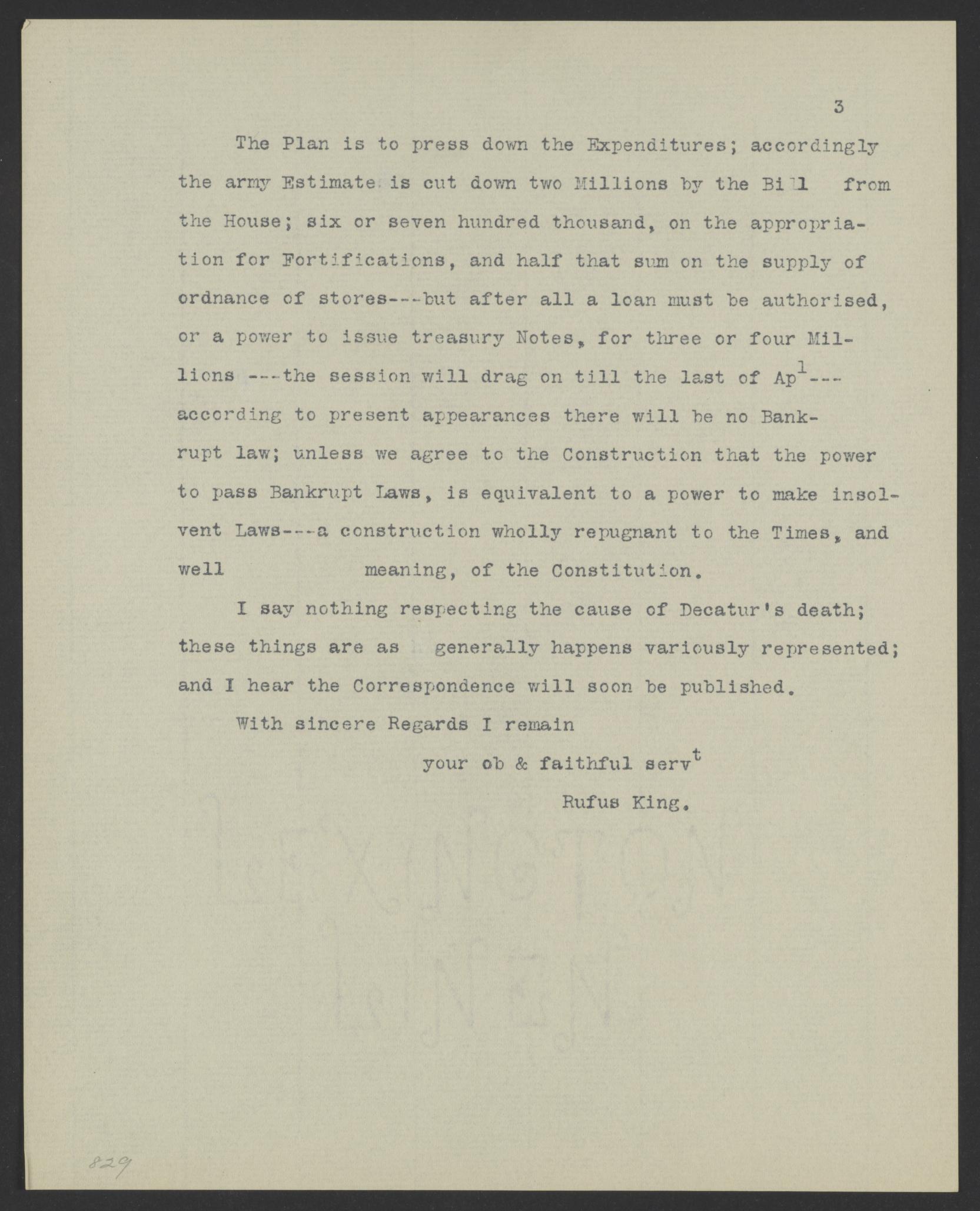