To the Honorable the Postmaster General of the United States

The undersigned inhabitants of the Village of Little Falls & its vicinity in the County of Herkimer Republicans attached from principle to the administration of the general Government, beg leave to represent that it is an opinion we have entertained, that the offices of the general government, should be distributed amongst its friends and we would farther represent in relation to the Post office in this Village that Mr. Samuel Smith the present Postmaster, is Devoted to the Clintonian interest and that ever since he has been reappointed the office has been farmed out and is now in the charge of a decided, influential Federalist in this combined situation it is Sir in our opinion held and improved to the manifest furtherance and advantage of the Clintonian views in this State and to the detriment of the republican interest and having full confidence in the integrity and abilities of Mr Anson Hollister the late Postmaster, we therefore earnestly request that he may be reappointed to that office in this Village

A correct copy from the Original 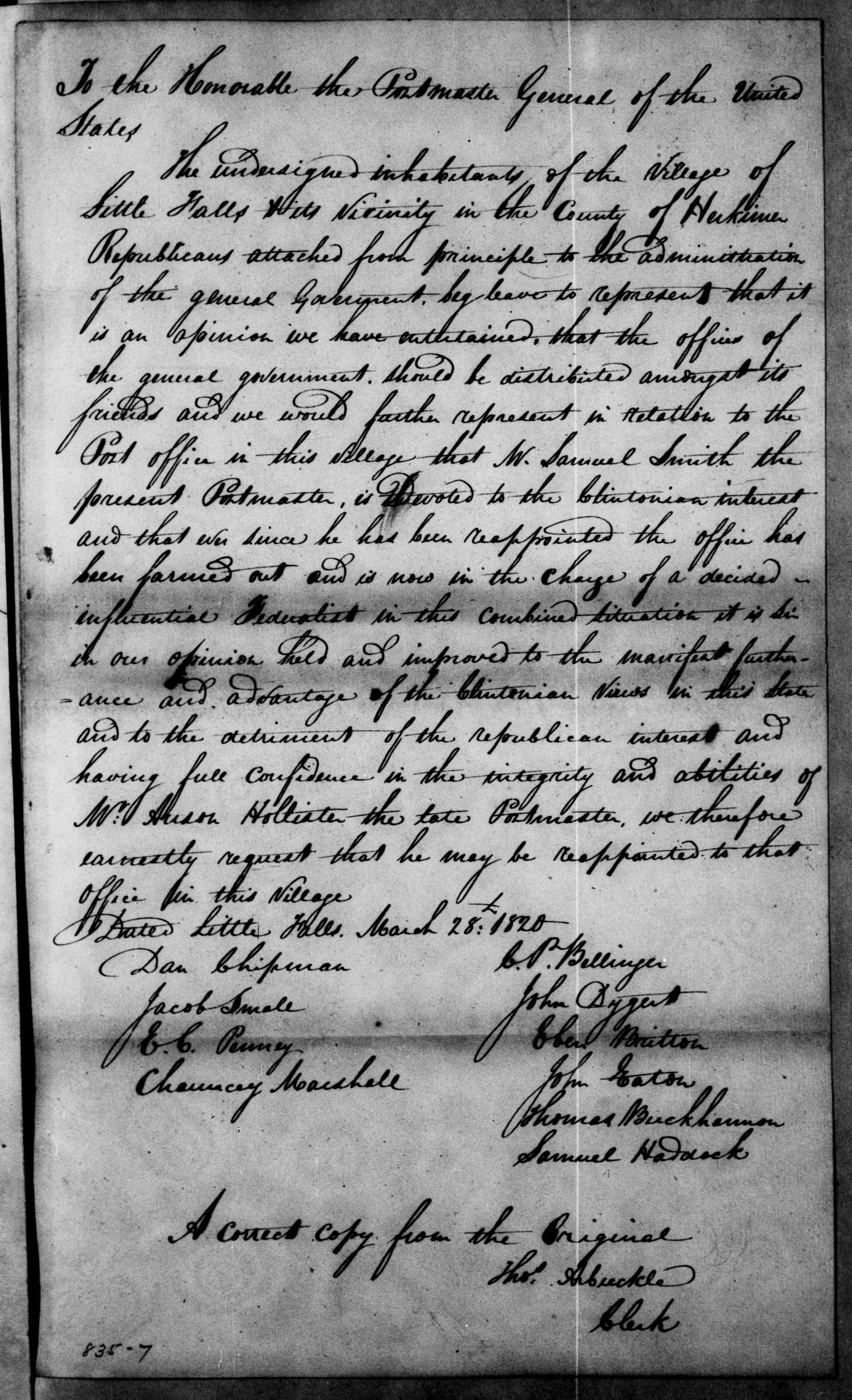 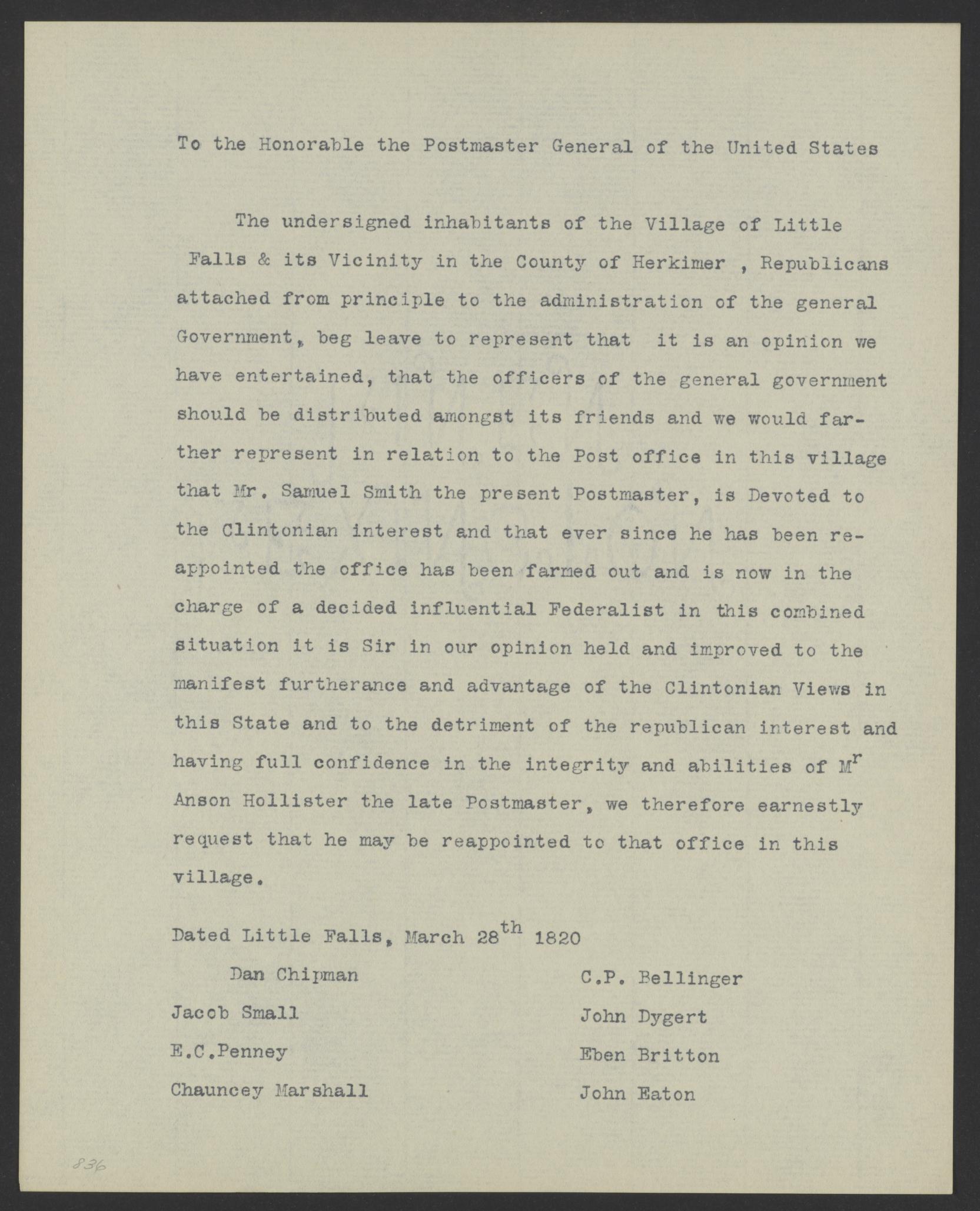 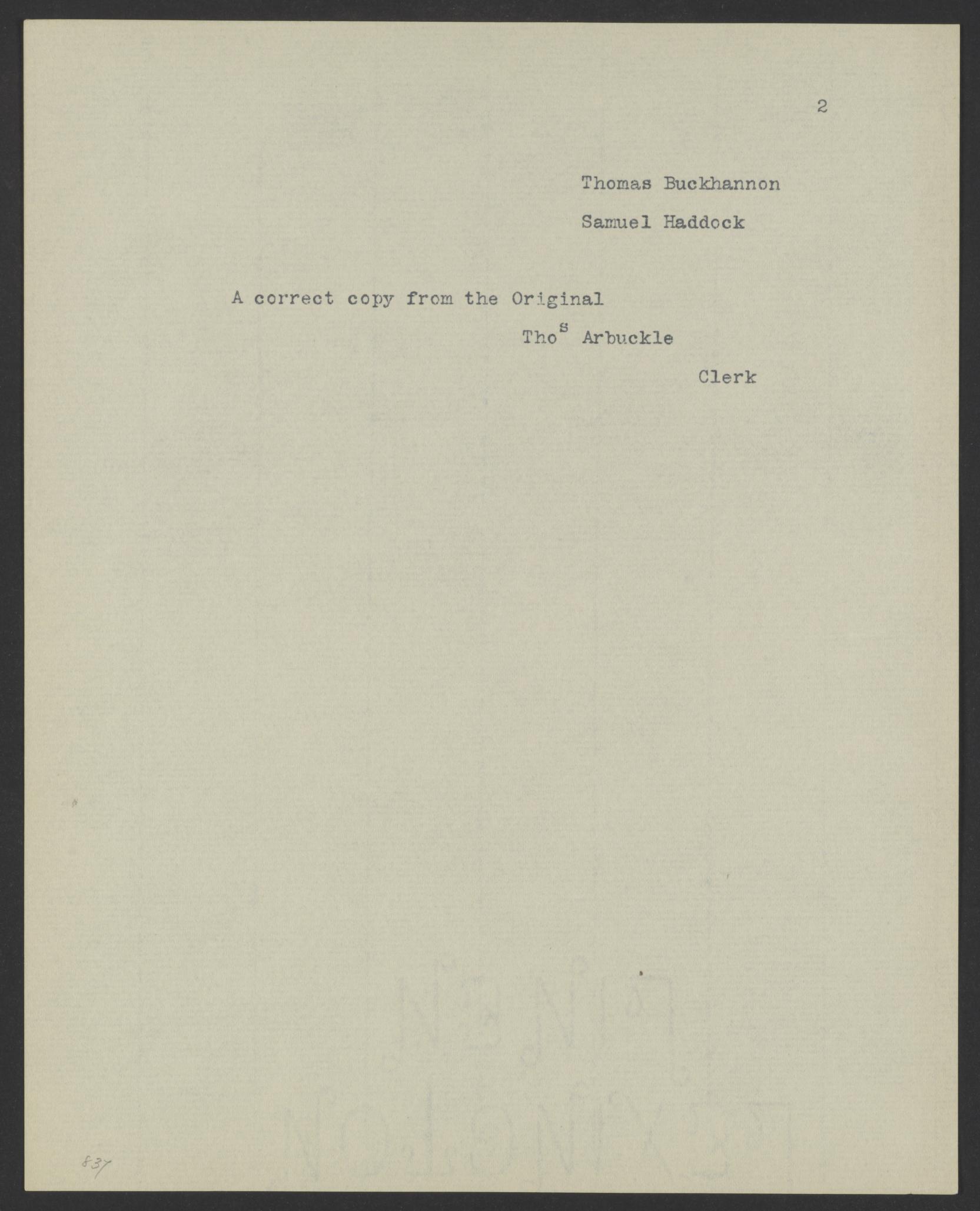