The use made of your late letter on the subject of the immediate annexation of Texas to the United States, may, it occurs to me, place you in a false position before the Democratic National Convention which is to assemble in Baltimore on the 27th inst. Though opposed to immediate annexation, you avow your readiness if elected President, to obey the will of the people on that subject, as it may make itself known through majorities of the two Houses of Congress. It is obvious, that the will of the people may be just as decisively expressed through the election of President and Vice President, and the duty of obedience is presumed to be just as strong in the one case as in the other.

Will you be good enough to inform me, whether you take this view of the subject, and whether, if the Convention should make Texas—annexation a test question, and you should be nominated and elected under that test, you will take such election as conclusive as to the will of the people, and will exert the power and influence of the Presidential office in every proper way to promote and accomplish such annexation?

I write you of my own impulse without consulting any human being.

Enclosed in: Amos Kendall to MVB, 16 May 1844
Editorial Process Complete 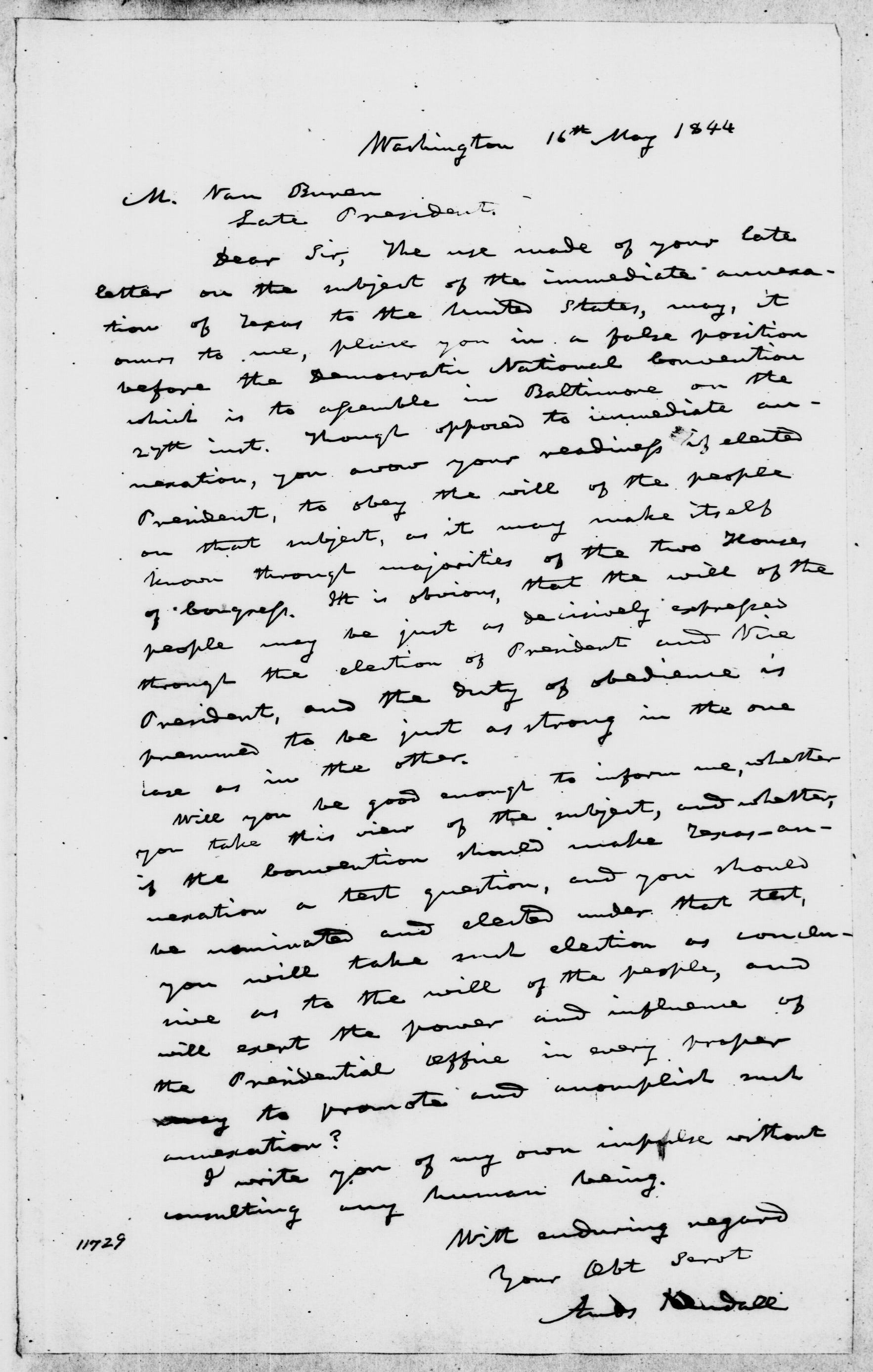