I received last eveng. your letter of the 12 inst, in which you apprize me of your intention to unite with some of the friends of the present adminis Bank in an application to Congress for the incorporation of a new one, to have its principal seat at NYork. I will not conceal from you, My dear Sir, my regret that you should have been able to bring your mind to this conclusion. Of The right to make such an application is certainly open to all our citizens & I have surely no disposition to prevent or embarrass its exercise. Those who know me will not, I am confident, suspect me of such presumption. But as it has been tho't proper to advise me in advance of the contemplated movement I should be wanting in candor & I think in duty also if I left you for a moment uninformed of my sentiments upon this subject. The application of which you speak could serve no other purpose than to aid the existing Bank in the efforts it is making to obtain an extension of its charter & to expose the motives of the opponents of that bank who unite in it to the imputation (doubtless in the present case an unjust one) of having been influenced in their opposition by selfish motives: Of this I have not the slightest doubt. And without Having communicated with the members or laying claim to information that is not open to all attentive observers, I cannot hesitate in believing that it would be impossible to obtain a dozen votes in favor of such a proposition in both branches of the National Legislature. At all events I think it proper to say to you that it could not receive either countenance or support from me. I could not act otherwise without a departure from principles which I sincerely entertain, & which was have been avowed to the people before my election & which I feel it to be a sacred duty to maintain inviolate.

It is not possible that any one could take a Deeper interest in the prosperity welfare of your city or feel more pride in its unexampled success & present prosperity than I do. All that I can in future with propriety accomplish to carry it forward to that still greater elevation which is its unavoidable destiny, I stand ready to perform. The support of the proposed measure is not of that character, & will not I am persuaded, upon reflexion be desired at my hands either by yourself or by the great body of your citizens. I have formed a very erroneous estimate of the character of the friends of the Administration in Nyork, amongst whom with great pleasure I recognize yourself, if upon a full view of the circumstances, they can be induced to bring in question, in this way, the purity & disinterestedness of the stand which they have so nobly taken in support of the President, in his patriotic efforts to rid the country of an institution so formidable and dangerous & which is obviously seeking to make an issue of power between its power Govt. & that which the People have established. 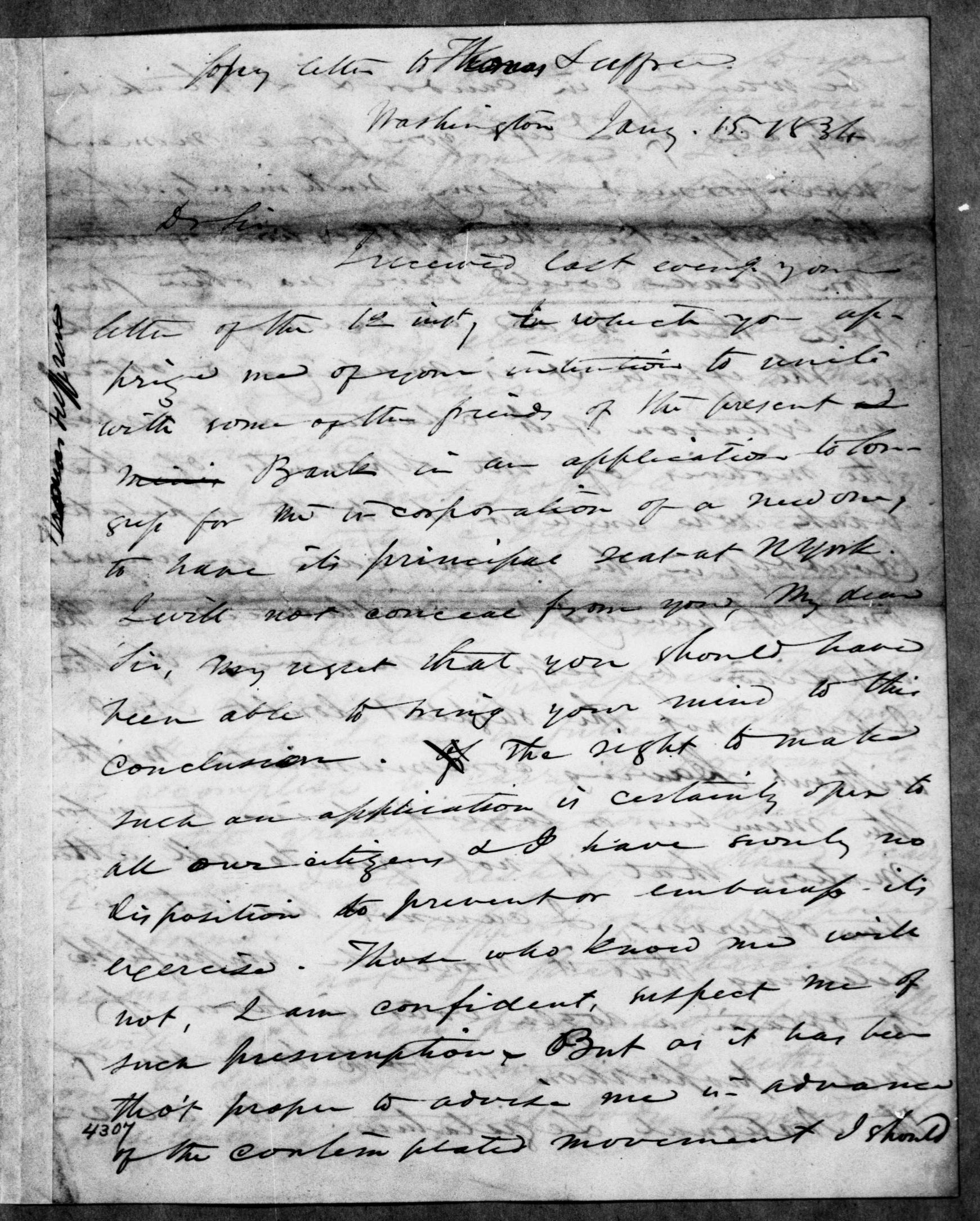 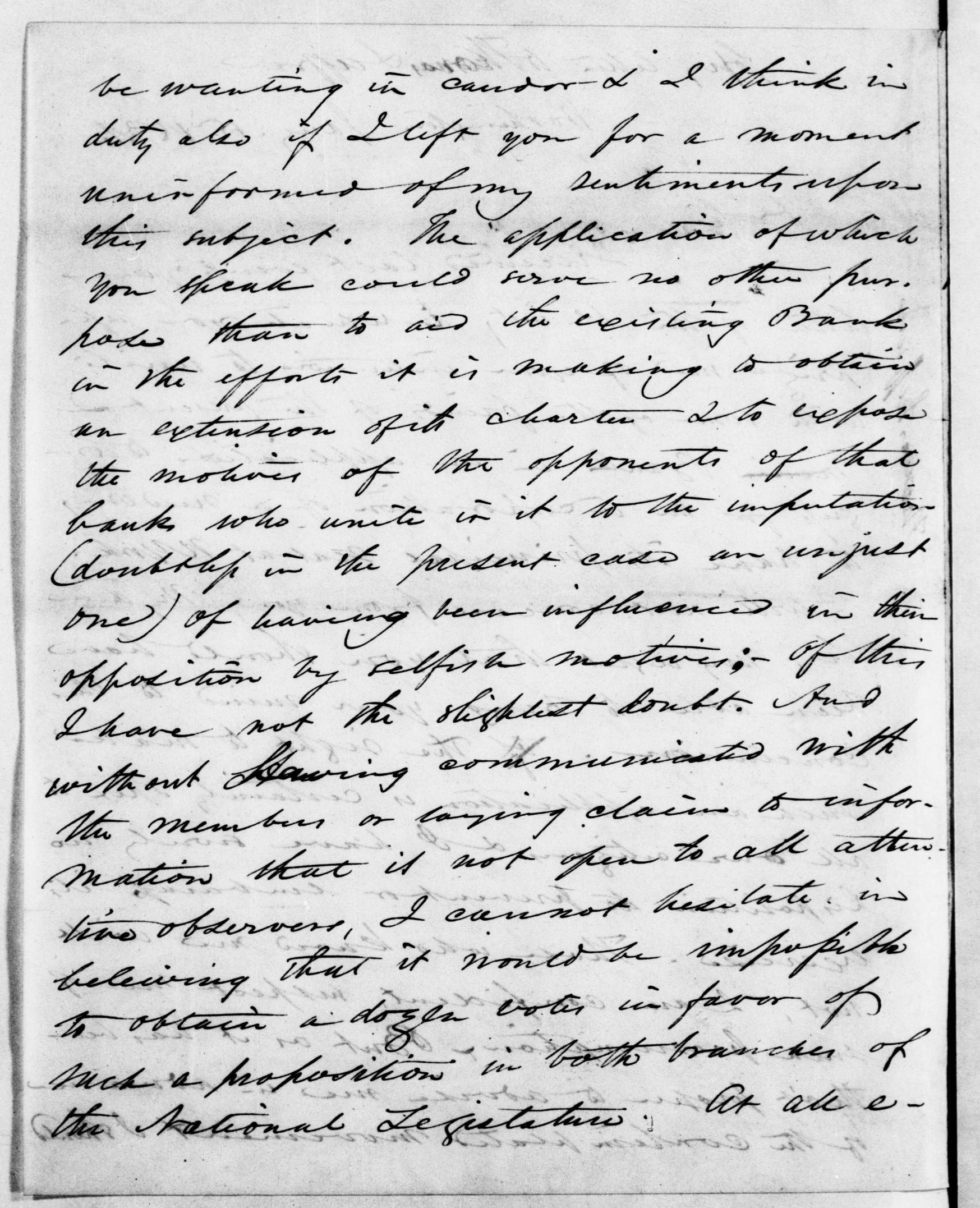 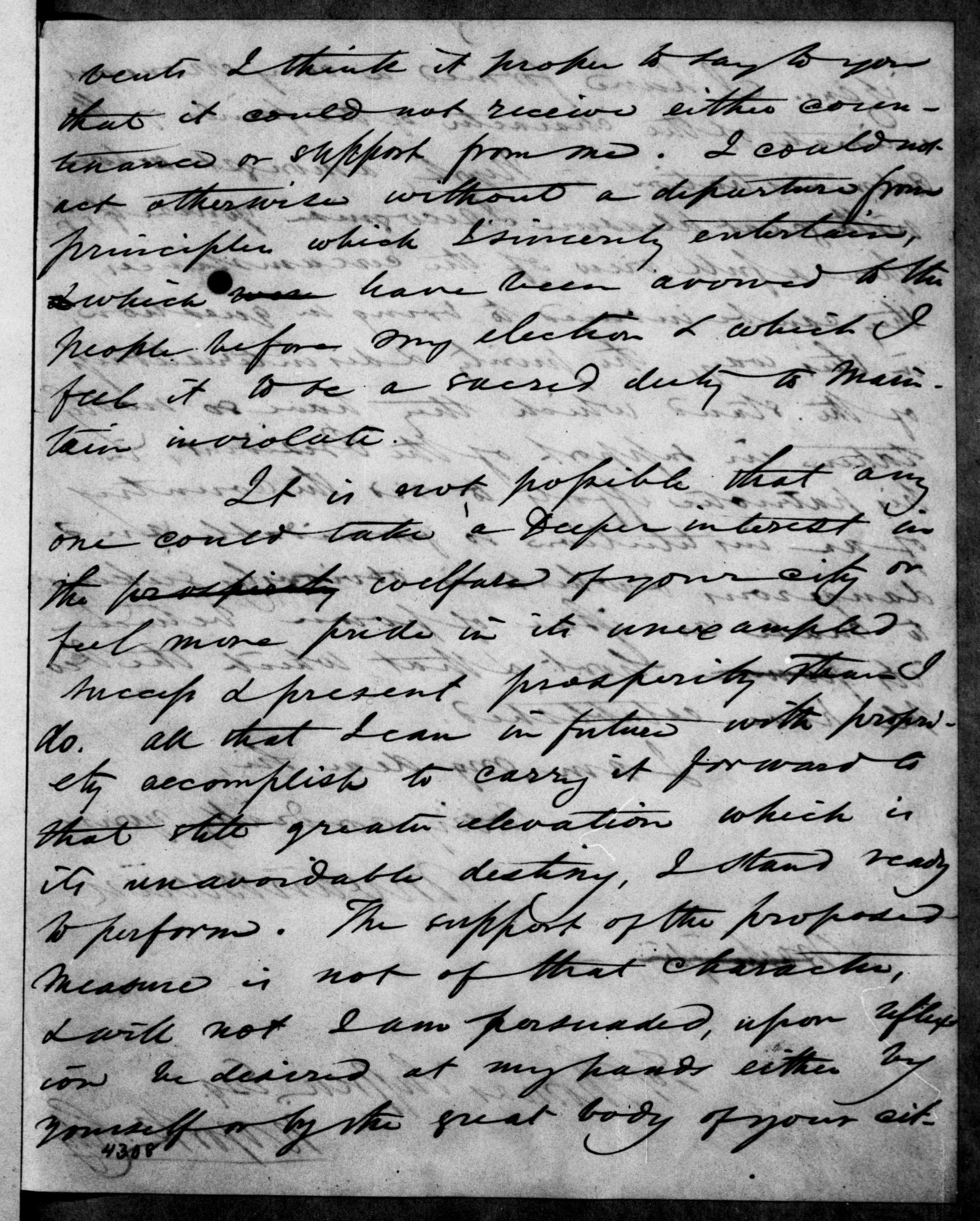 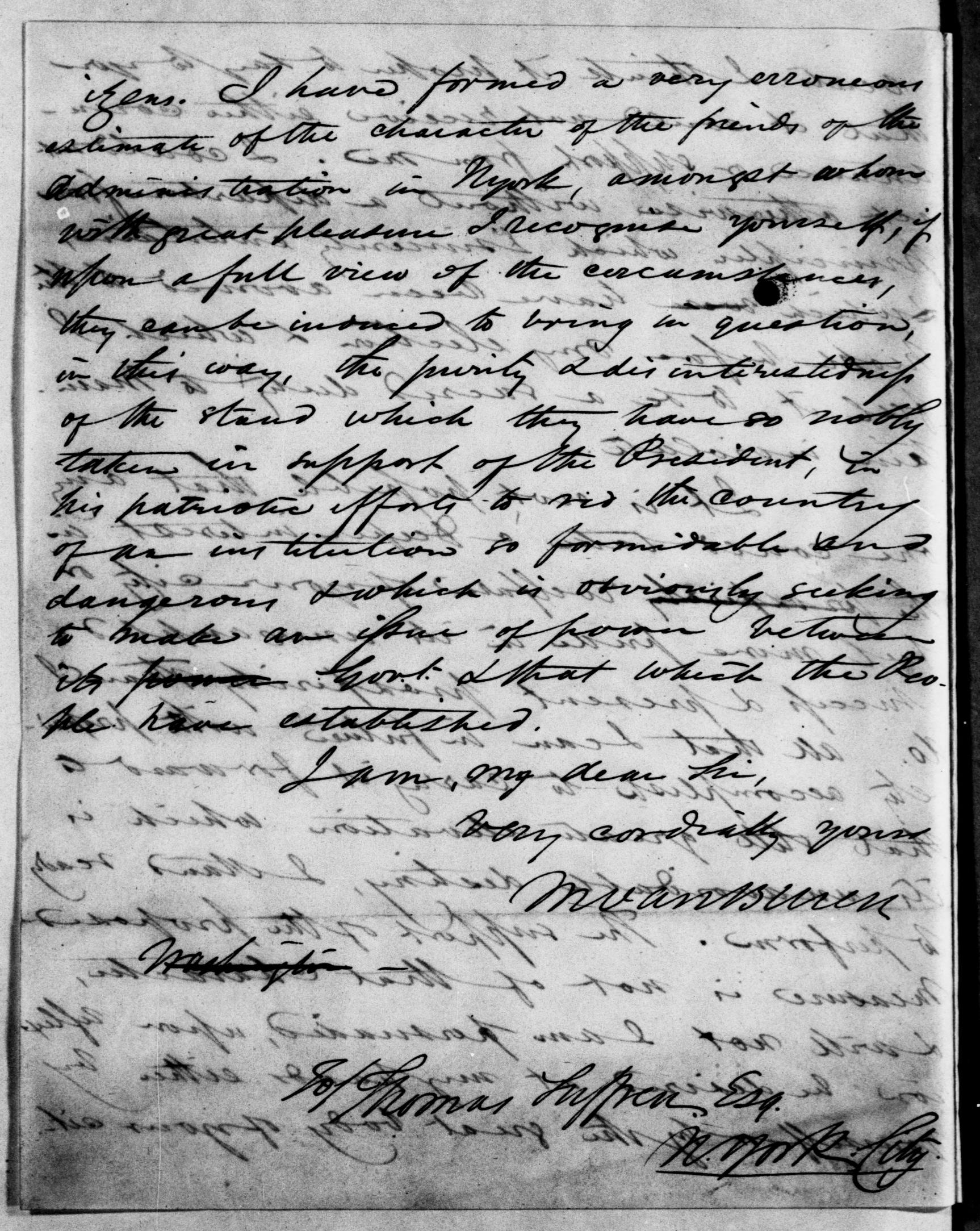