You will not I hope deem it intrusive, if complying with my wishes as to the result. I address you on the subject of Postmaster for New york to supply the vacancy occasioned by the death of Mr. Bauman to be concise and unceremonial I know of no man in the City of New york so highly and ju[s]tly Entitled to the offic[e] as Mr. Robert James Livingston his claims to notice are founded on very great services rendered the republican cause at a number of the important elections there, by his unbounded liberality in expending his cash to secure the elections and generally by his entire devotion to Republicanism in a political point of View I think his appointment will in some measure attone for some severities exercised on a relation of his tho I think Justly his character is in my conception unimpeachable you will excuse the free[dom] I ha[ve] taken and believe 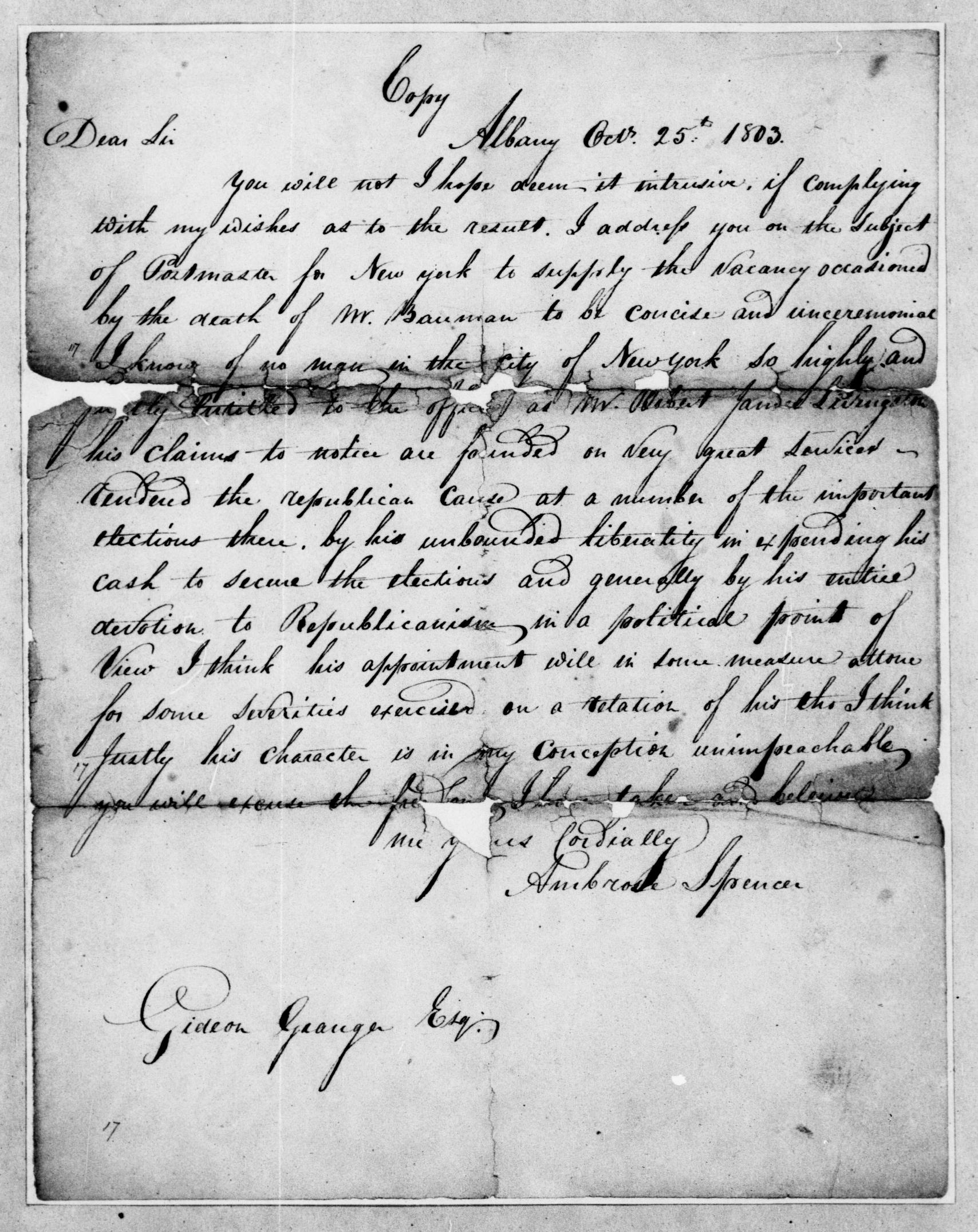 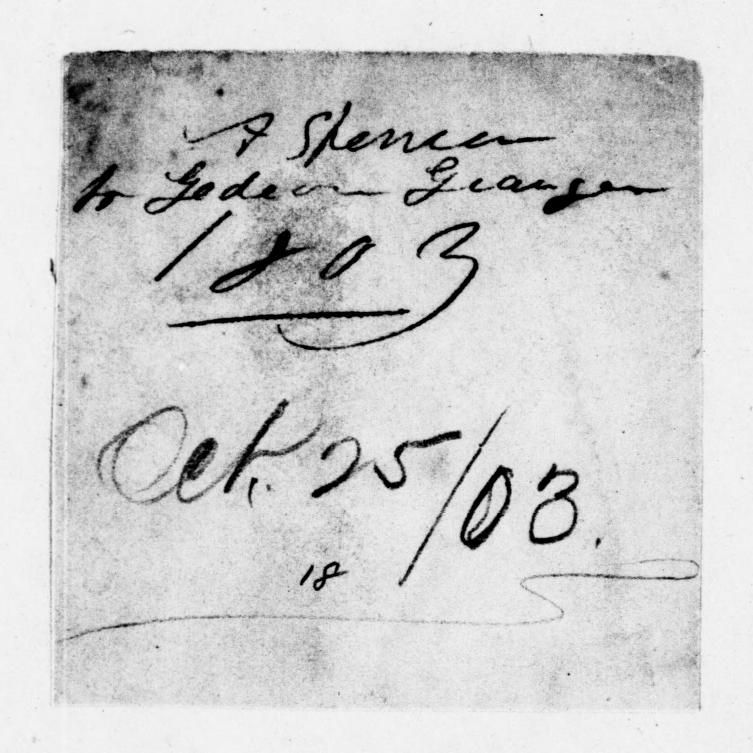