I bespeak for the proposition I am about to make yours and Mrs. Butler's most deliberate consideration, before you conclude to reject it. I say Mrs. B's, because in whatever relation so essentially to your future welfare, she ought of right to be consulted; & she has on a former occasion shown herself so much wiser than we were, that it would be positive injustice, to refuse to call her into counsel now.

P.S. The President has read this letter & approves it. He does not write you himself because I have told him that it is not necessary at this time. 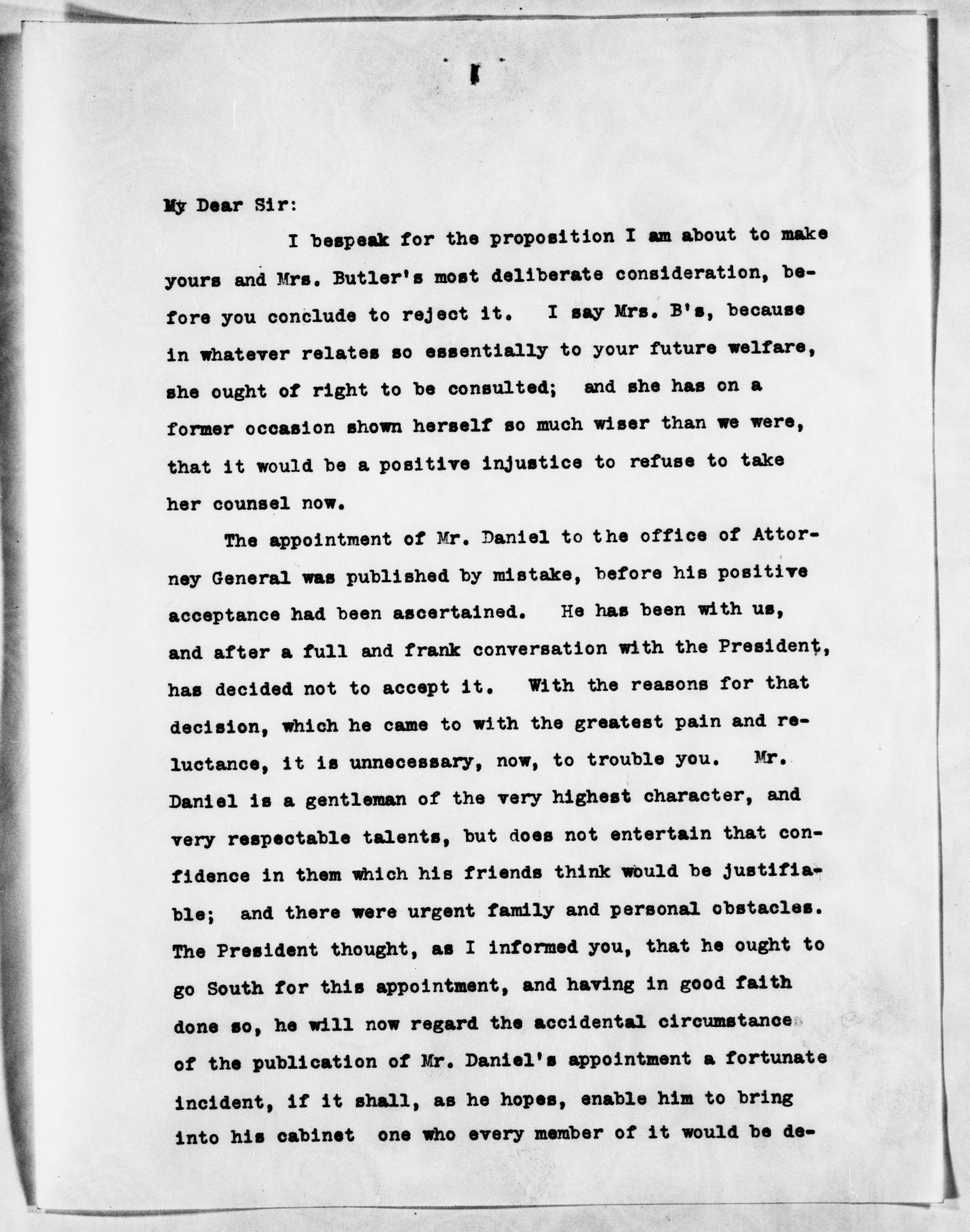 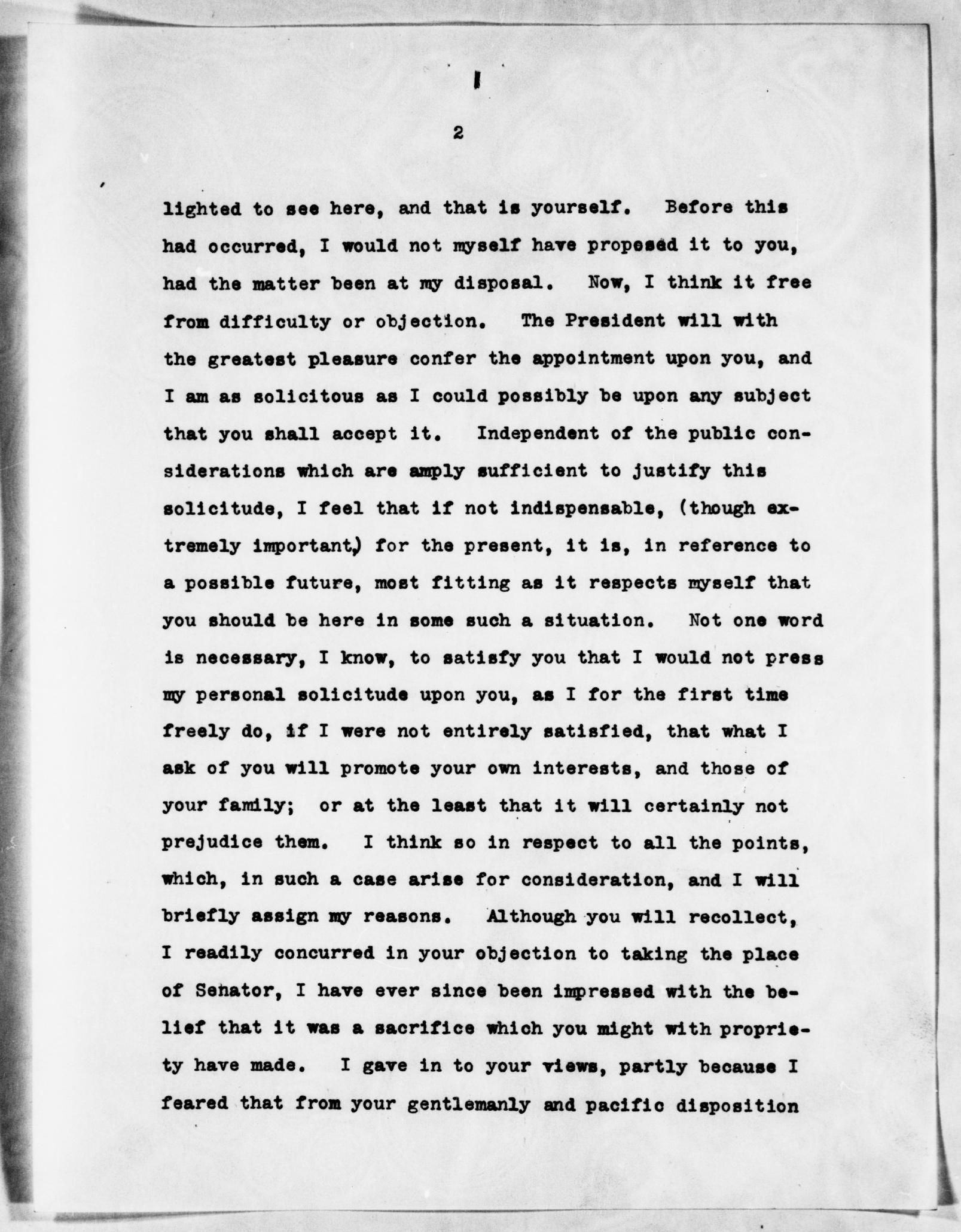 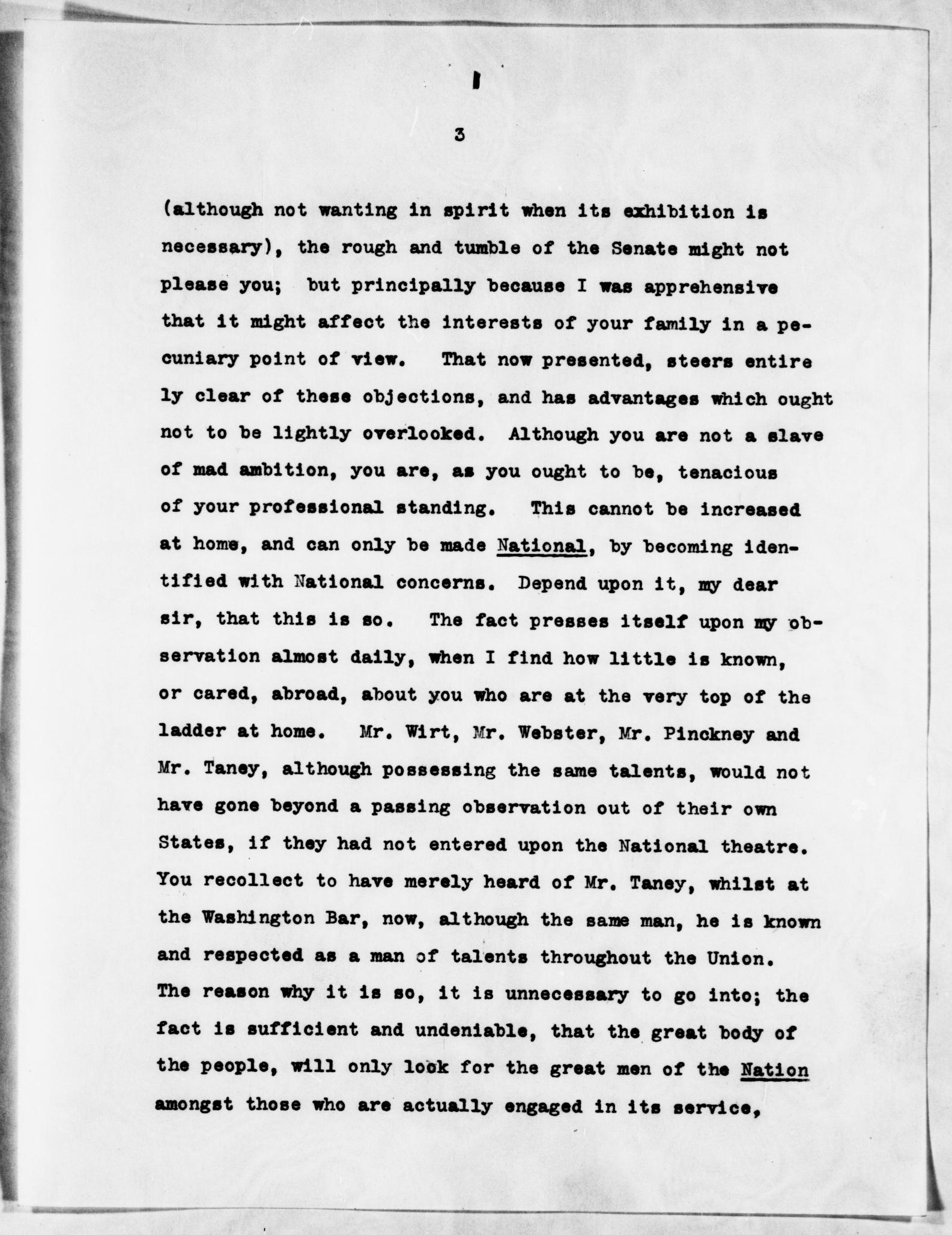 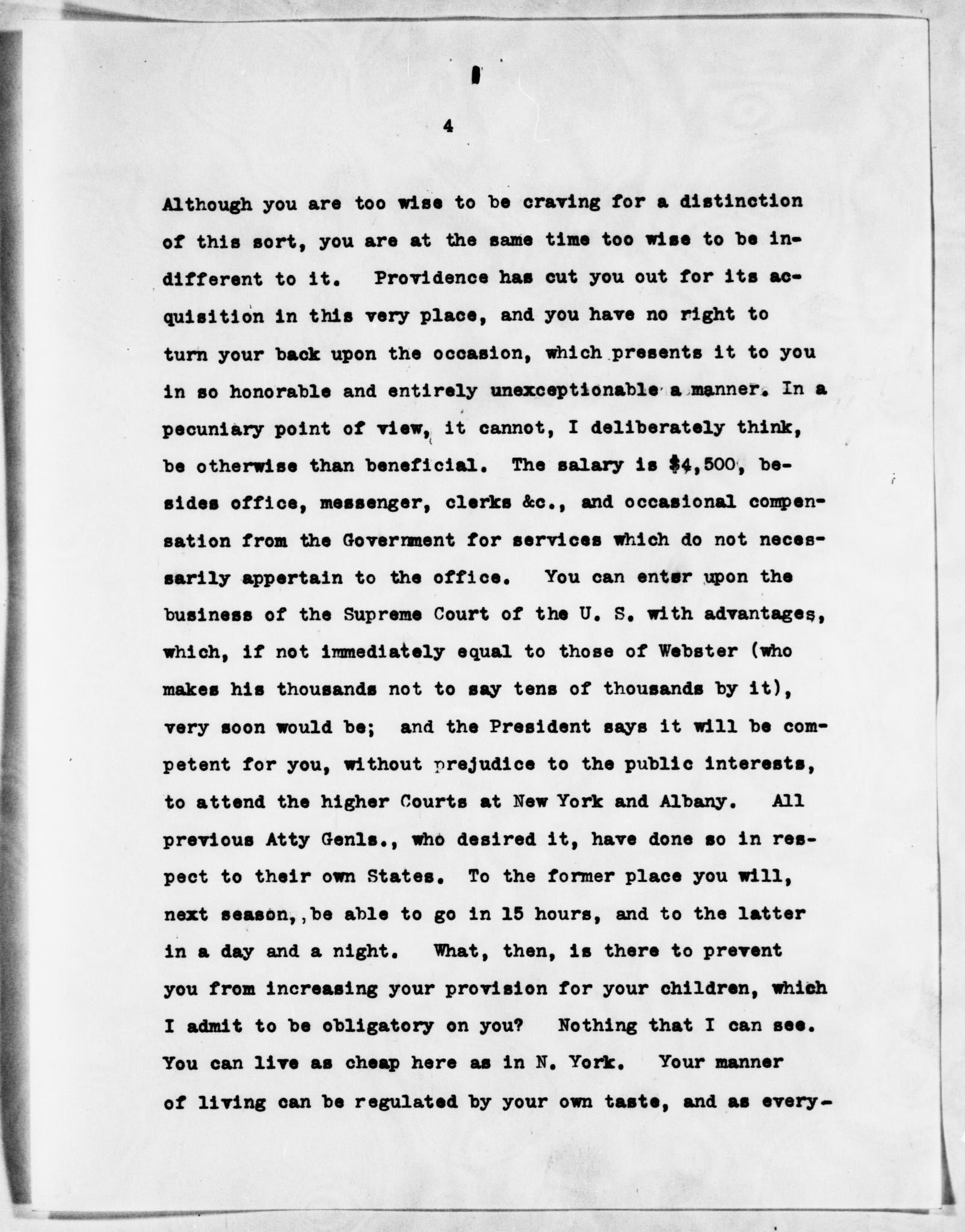 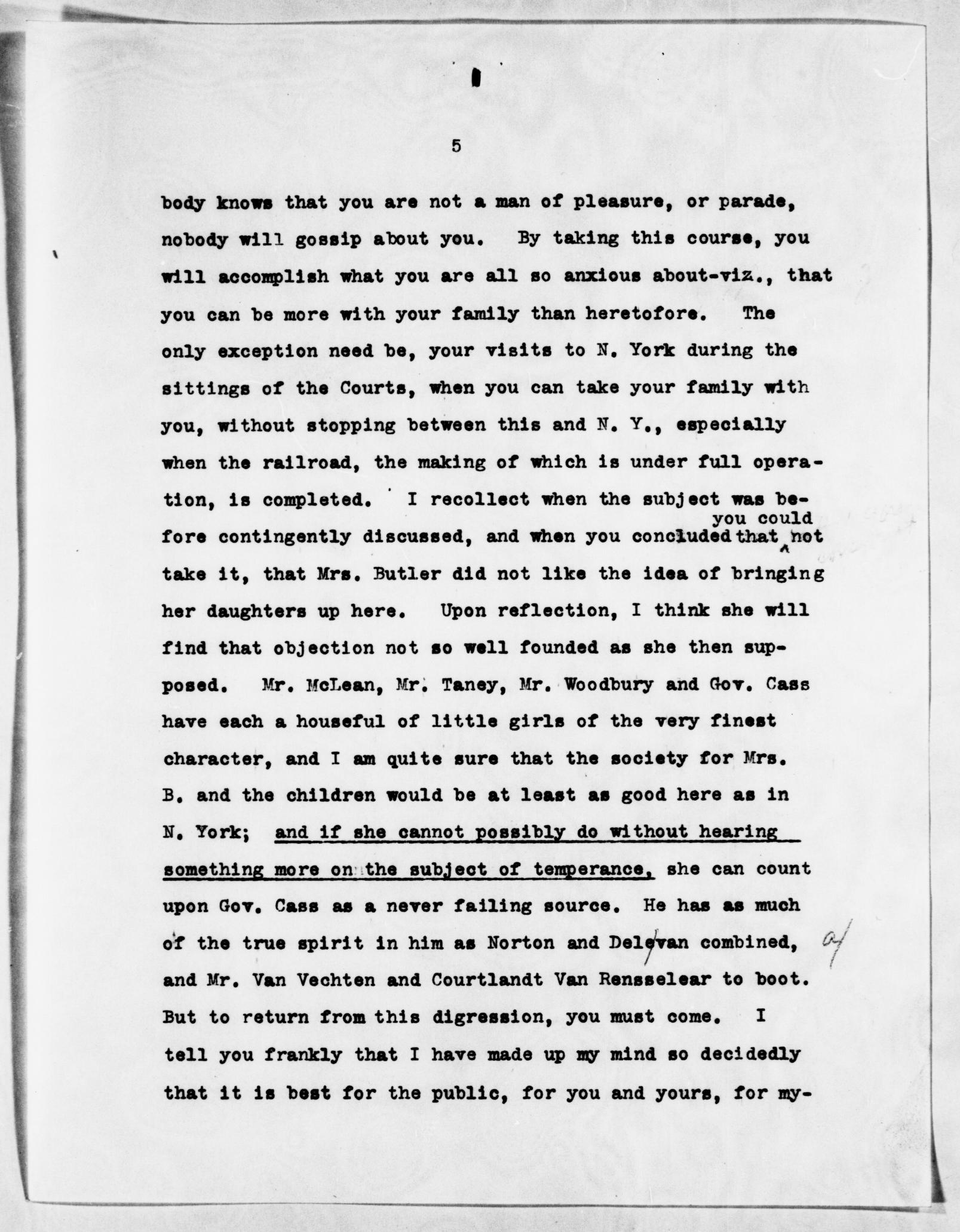 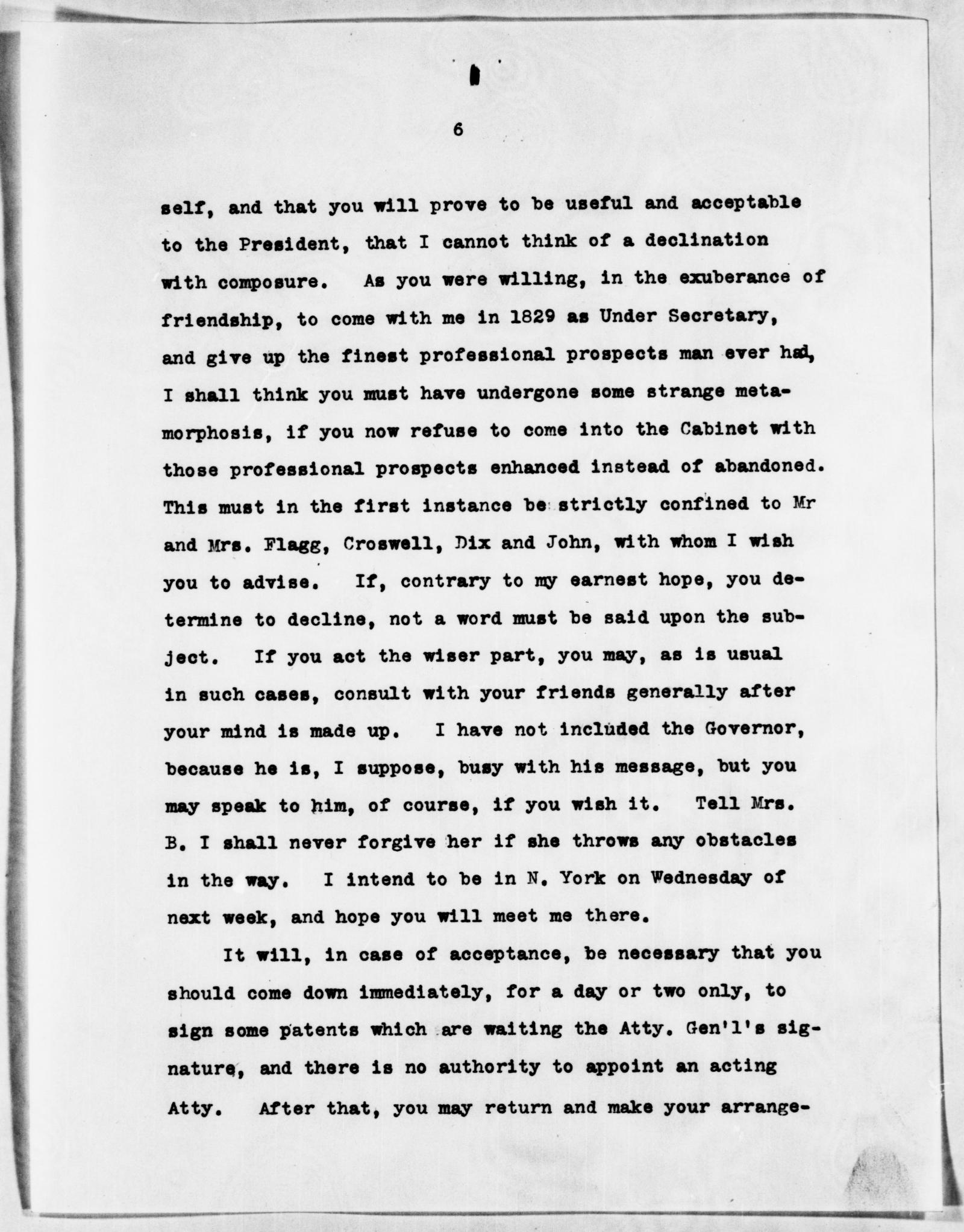 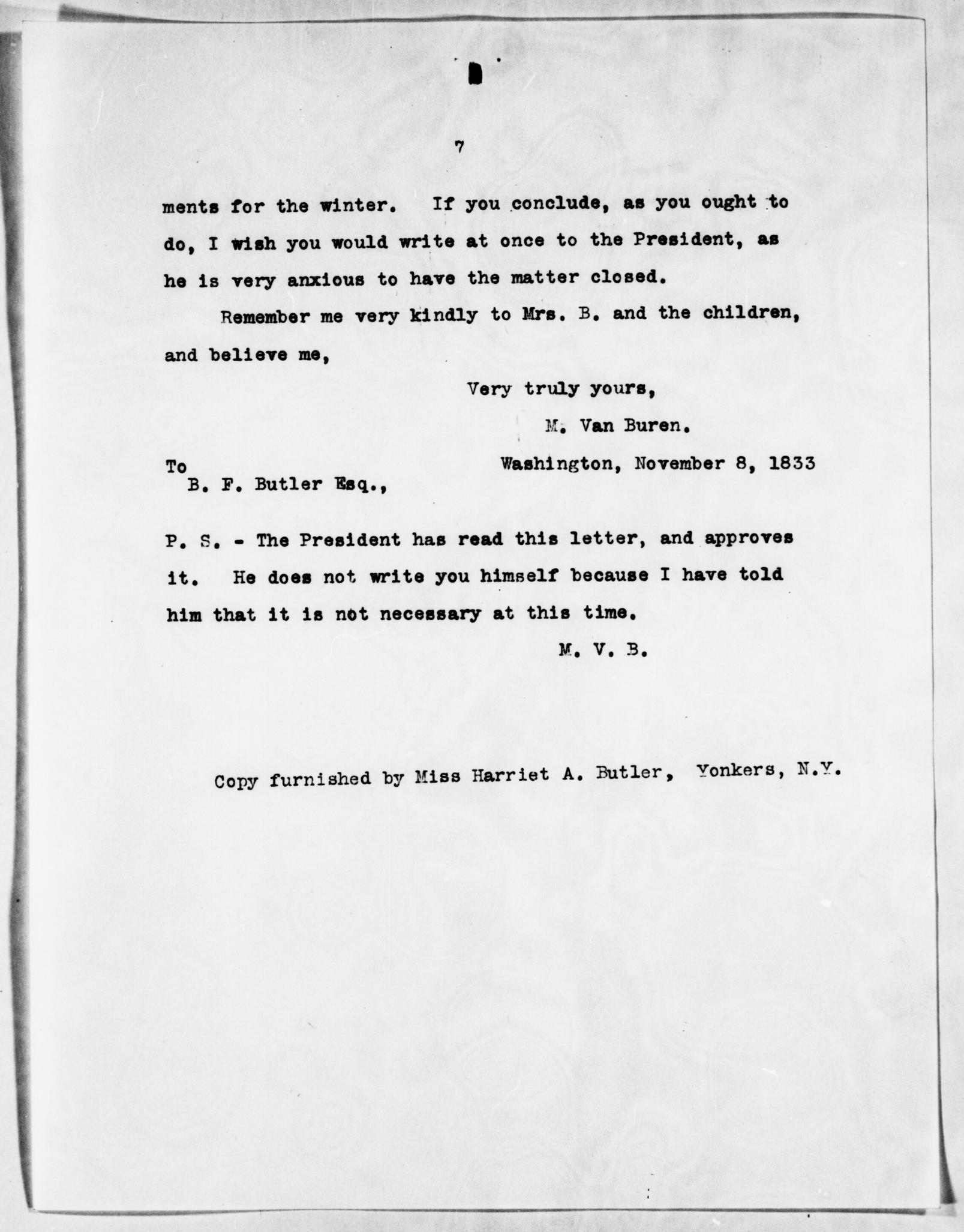