I. That the establishment of a mixed tribunals in the Territories of the Respective parties is essential to the <execution> of its provisions—that the U. States could not concur in this 1st. because they have no colonies either on the coast of Africa or in the W. Indies & 2dly. because it is doubtful whether the power of the Govmt. of the U.S. is competent for the institution of a Court to carry into <existence> the penal laws beyond the Territories of the U. States & <proposed> <penalty> of Foreign Judges not amenable to <illegible> &c.

2d. That the stipulation to employ the slaves as laborers &c could not be carried into effect because if the slaves are delivered over to the U. States as freemen they could not be compelled to enter into any service

3d. That the Condition of the blacks being subject to the direction of the municipal Govmnts only the Federal Govemnt could not enter into any stipulation by which they would guaranty their freedom in states where they might be held to slavery or to controul them when by law they would be free.

4th. The repugnance in the public mind to the concession of the right of search in any form—& under any restrictions.

To these the Committee of the House of Rep. in 1821 reply—see report They suggest in reply to the objection of transfer of Jurisdiction a modification of that arrangement by which the Vessels & slaves detaind should be delivered over to the ships of the nation to which they belong & that in such case ours might be <proceed> agt. according to our act of 1819 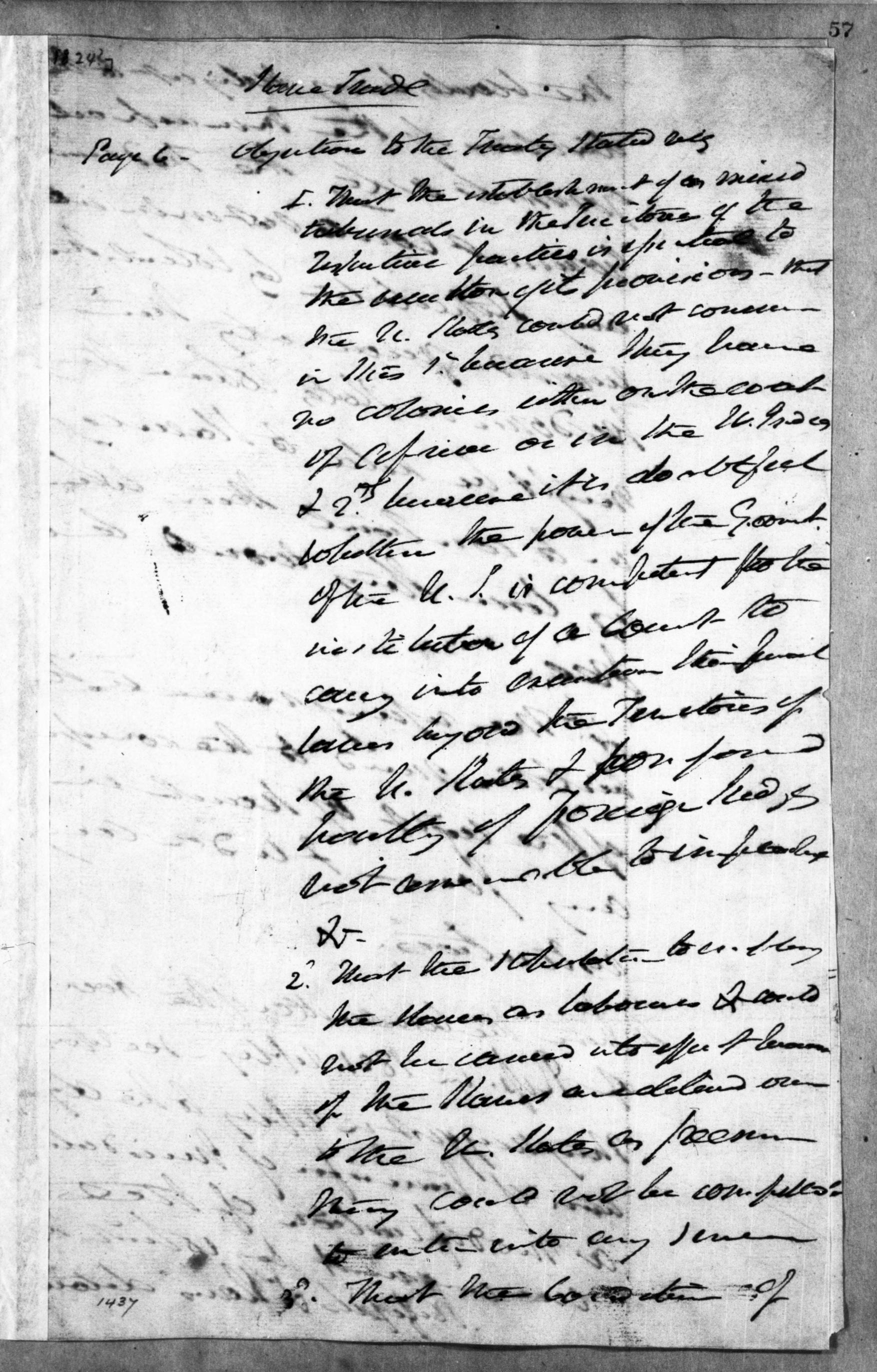 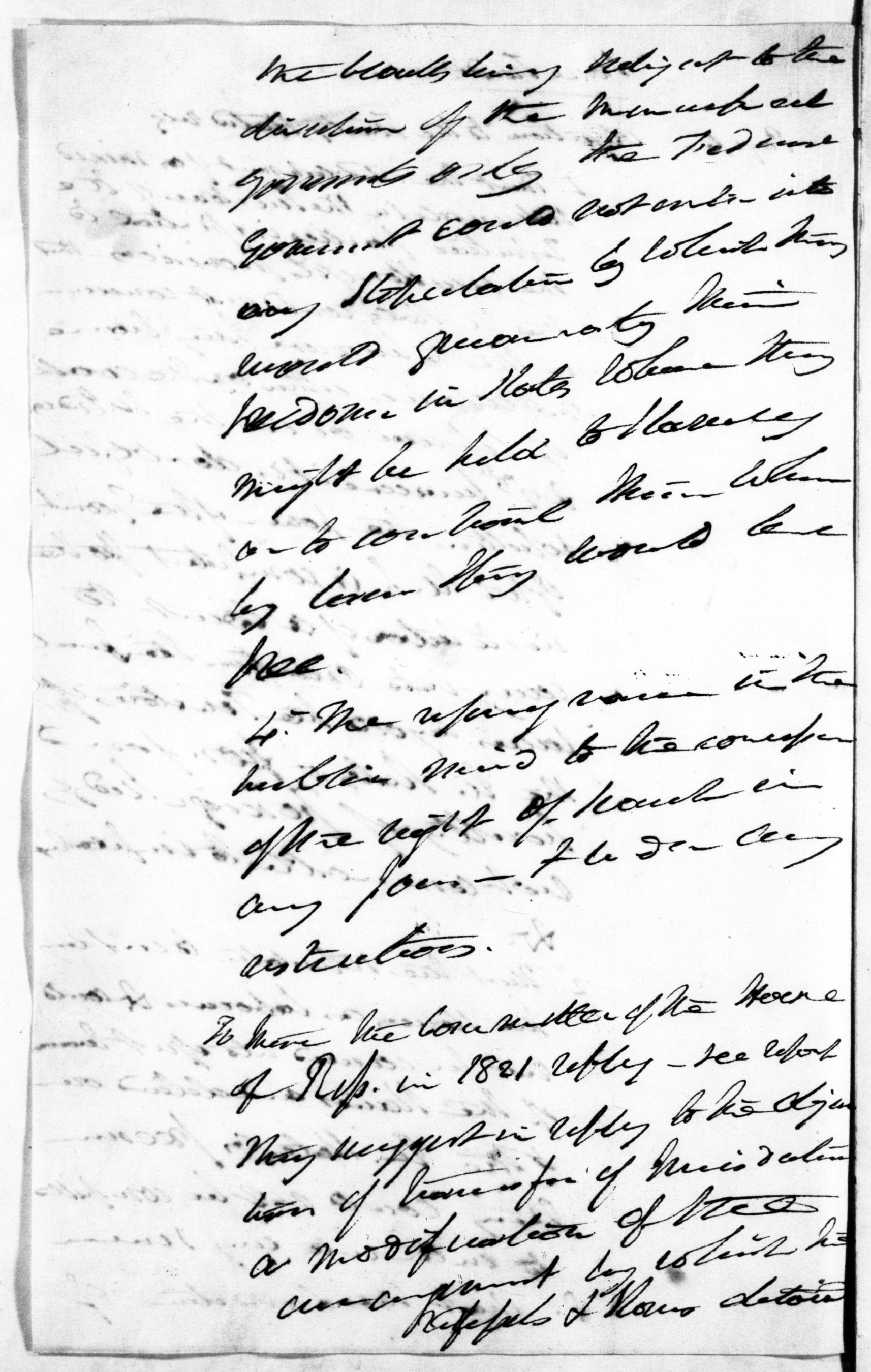 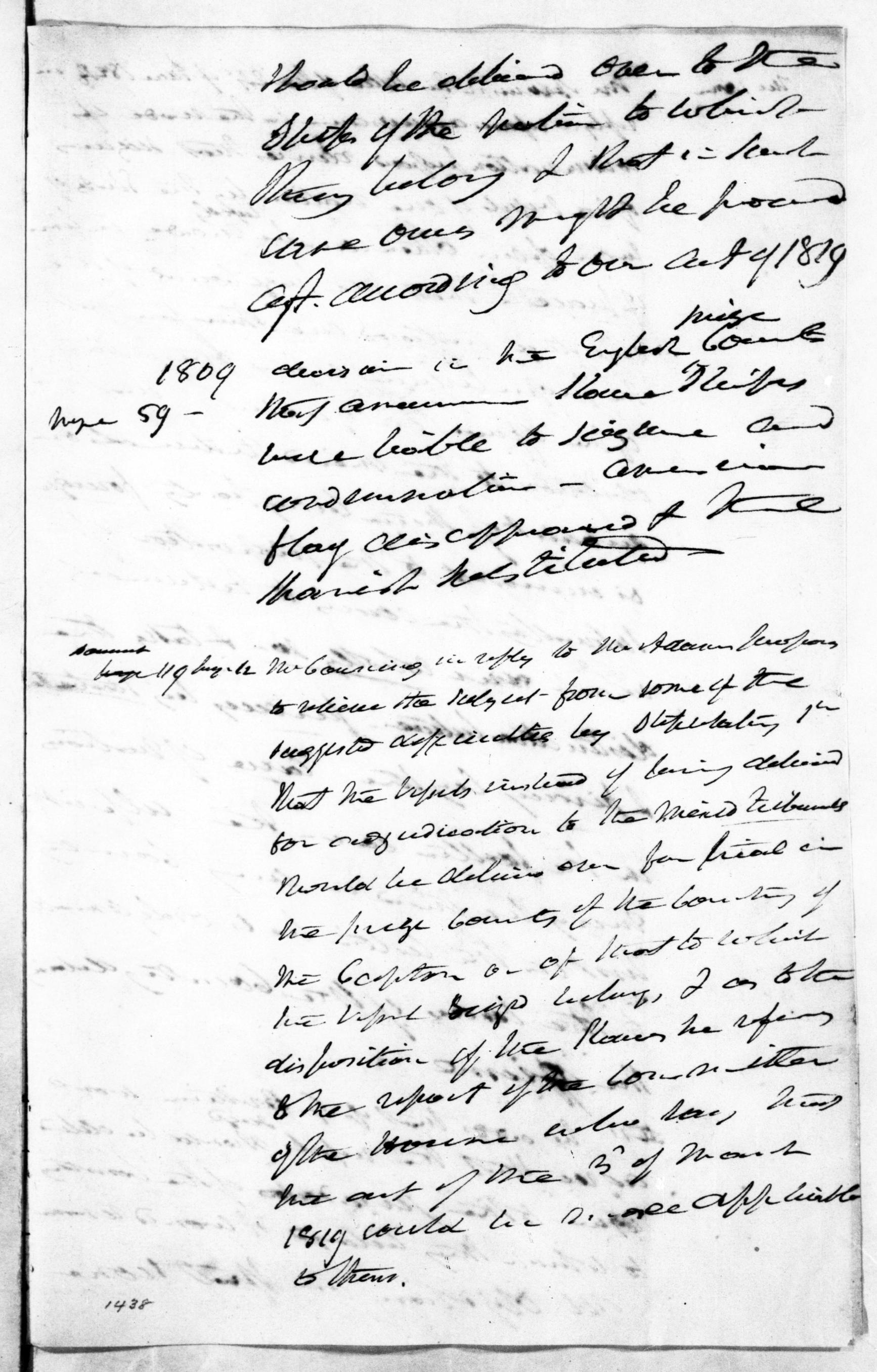 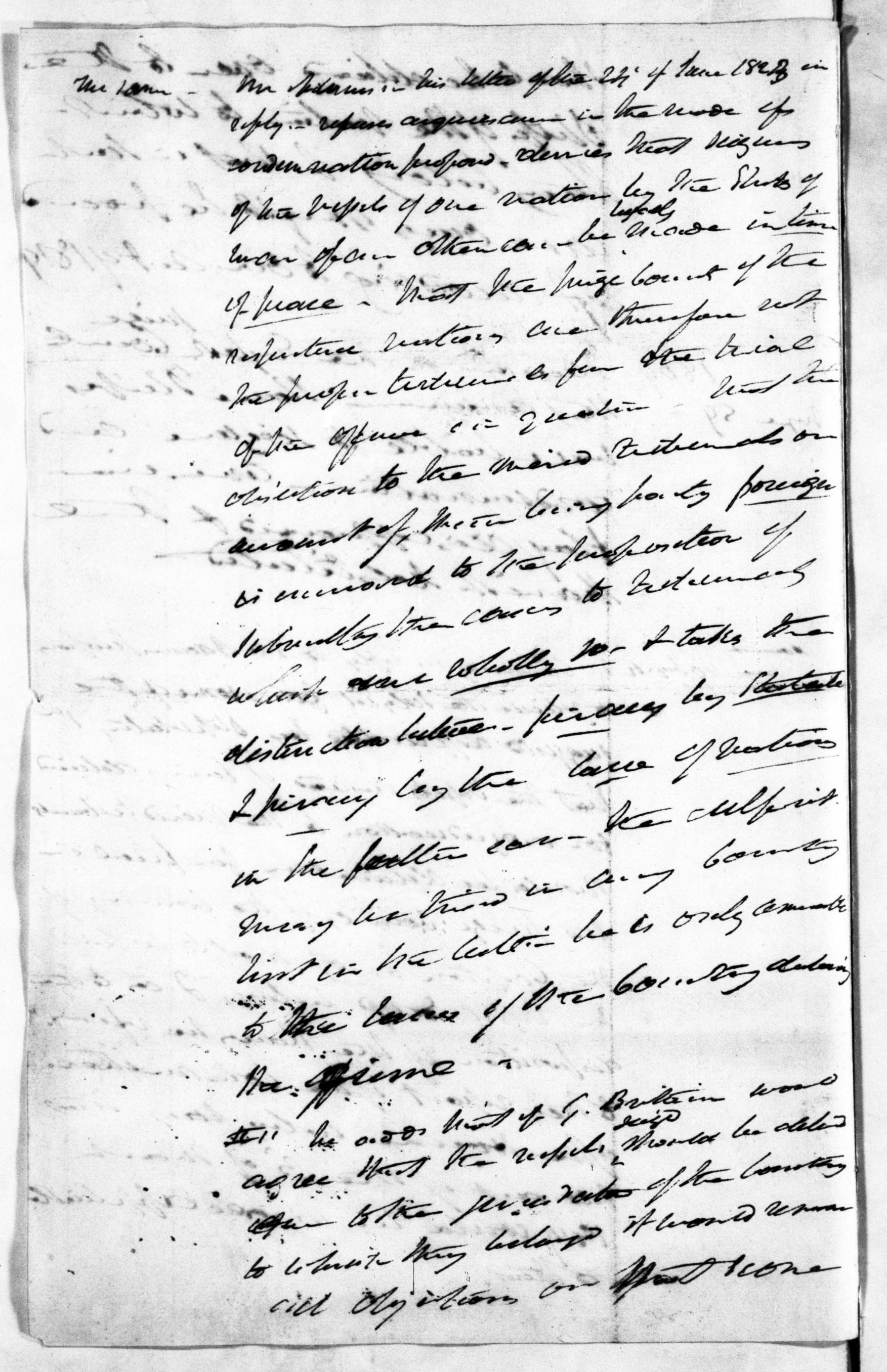 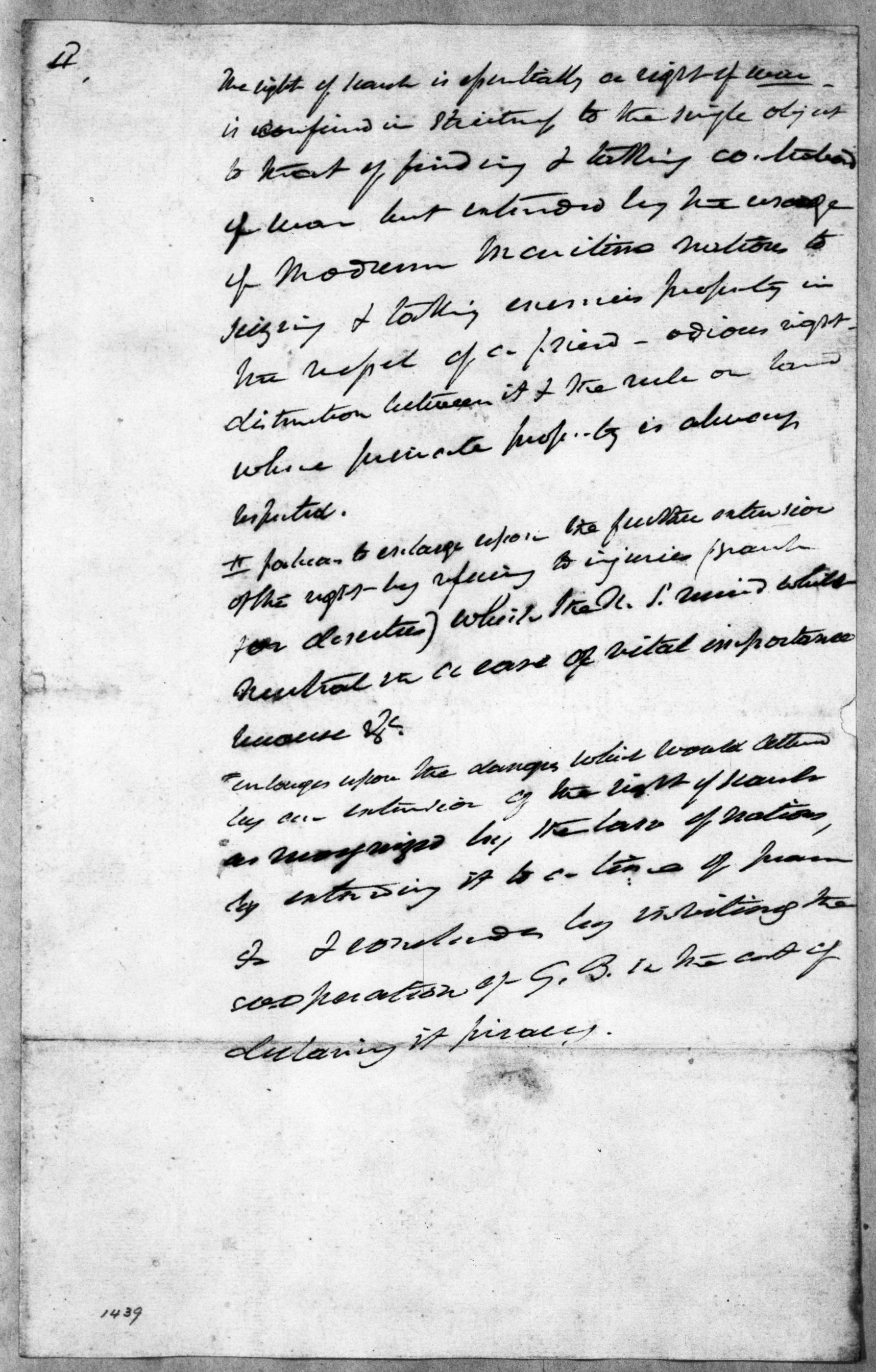