When I took leave to suggest to you, in a hurried instant in the crowd at Sanderson's hotel that the great affirmance of the elections to your principles authorised & perhaps required a forbearing enforcement of them, (to which you answered, yes, conciliatory but firm) I did not mean to disuade the most inflexible adherence to them. But I mistake public sentiment here about if the effect of those elections and of calm reflection, together with the timely explosions of the bombs have not caused many men of property and all men of thought to pause on their prejudices and incline to consider your policy less objectionable than they were in the habit of doing: so that opinion thus afloat you may deal with it successfully, and by proper management convert the few who lead the many. I do not flatter when I assure you that the late message is working wonders in this way. There is an earnestness pervading it which is very operative and an argument convincing men of sense that you have taken pains to master the subject of the currency. Mr. Binney is a convert to hard money. Measures are in train which I think will bring him before the public in that character; and his personal influence will be considerable. I know that Mr Lewis Webb the most intelligent of the Directors of the US bank, and a very strong opponent, has said that the message will make many converts. And I accidentally heard Mr. Smith, the City librarian, also one of our best informed political economists, tell Judge Morgan, a highly respectable federalist of fifty years standing, the same thing of the message From all I hear it is doing a great deal: and is there any more effectual method of your destroying opposition than by convincing the considerate who will influence the prejudiced? While therefore your own party is bound to you as it now is by indissoluble ties, suffer me to repeat for your better judgment the vast importance of your conciliating at this propitious moment the most respectable of those hitherto rallied to another party, but I believe just now much inclined to unite with you personally and on the currency question which is the cardinal point of your administration. It may reduce opposition to a mere faction of place hunters at the same time that it establishes the great reform on which you have staked your character.

Your destiny is to strive with the money power. My belief is that another president will much sooner than is anticipated be bro't to issue with the power of fanaticism—that church and its dependancies will wrestle with government for mastery just as bank is doing. Strange but true that two powers supposed to be destroyed for ever by our institutions, via, personal privilege and church dominion have been continually and by law been rising till they were each towers above the state and are bent on ruling it. There is more education, talent, combination, and ambition in american fanaticism than government, nearly as much funds, and no rotation in office.

Mr. Niles explained to me lately his Sardinian treaty: I think his method of operation the right way, and it tobacco has had such attention and success, what does not cotton deserve?

A Sheriff's officer who was confidentially employed in the Election frauds of last year, a man, I understand, of fair repute, has stated in presence of several respectable persons who with his consent took notes of the disclosure, that he was present when nine hundred Votes were clandestinely added to the registry of the Northern Liberties, and with Mr. Naylor's connivance, at the house of his friend Bela Badger. If this informer stands to his statement not only the fraud but all about it and its perpetrators, will be made known.

We are anxiously expecting Gen. Porter's message. I feel no doubt of him: but he is badly surrounded, which excites much uneasiness. If he seconds yours, all will be well. If not, I should not be surprised at the return of Mr. Ritner to office thro' division of his opponents.

I am, with every consideration 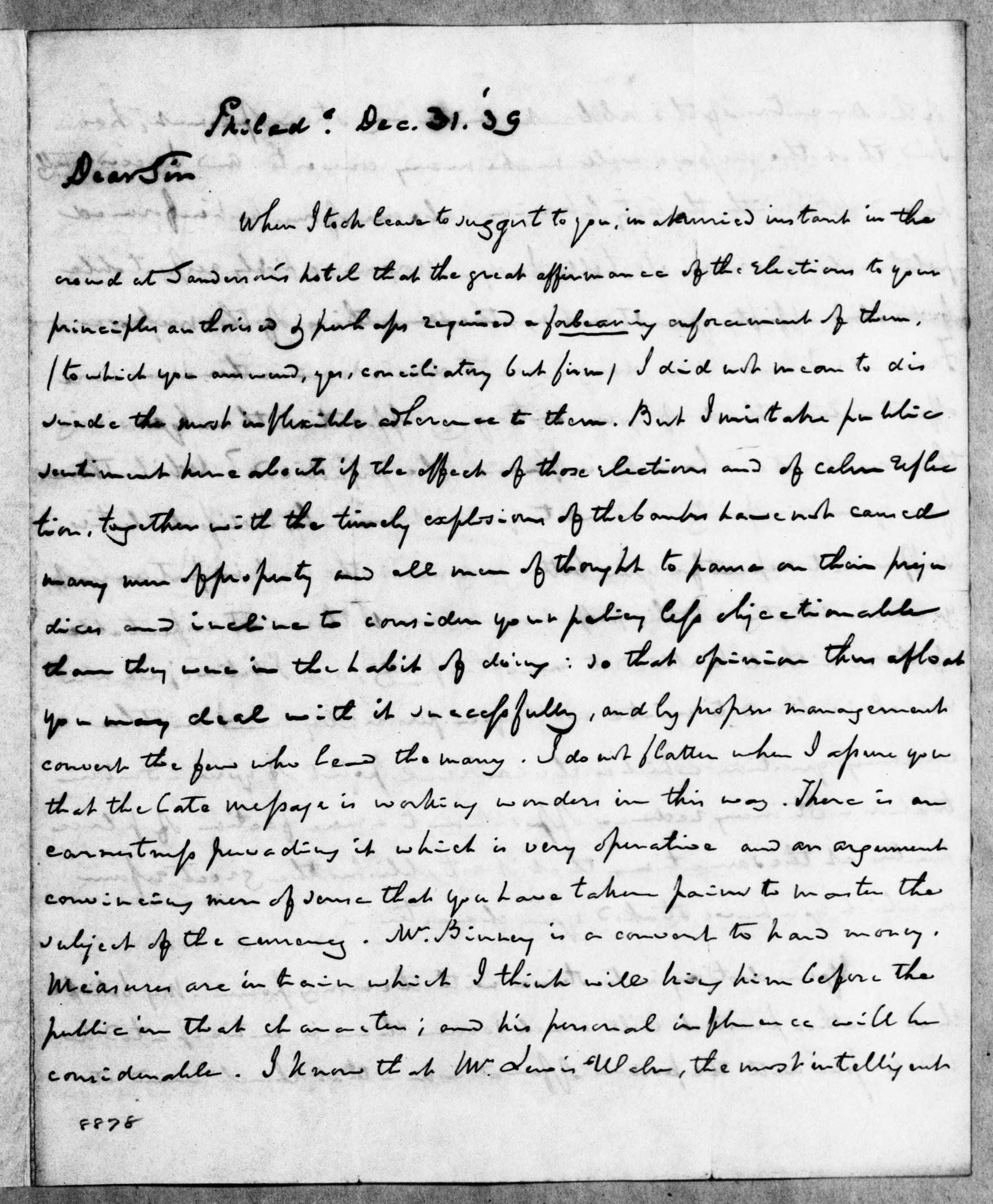 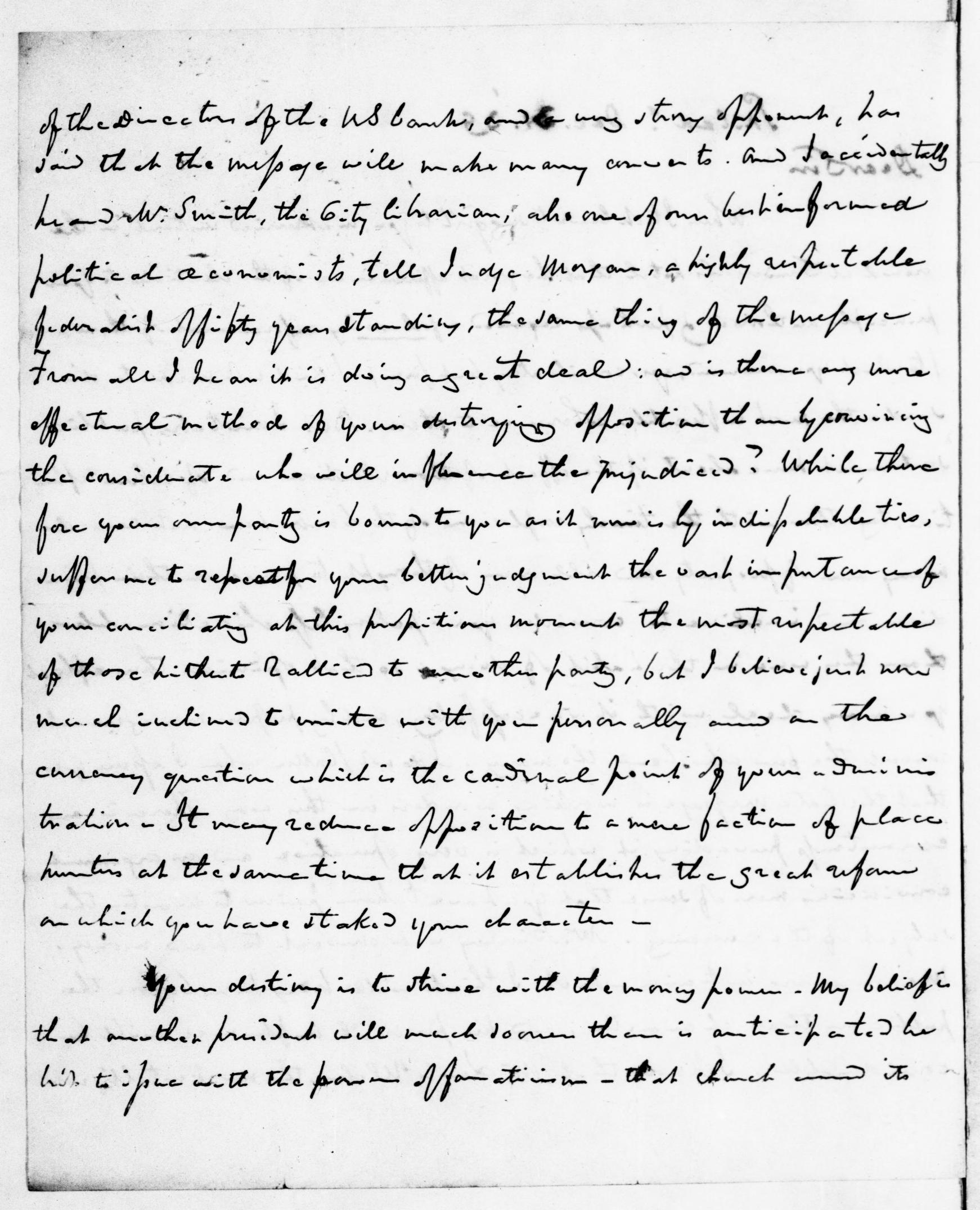 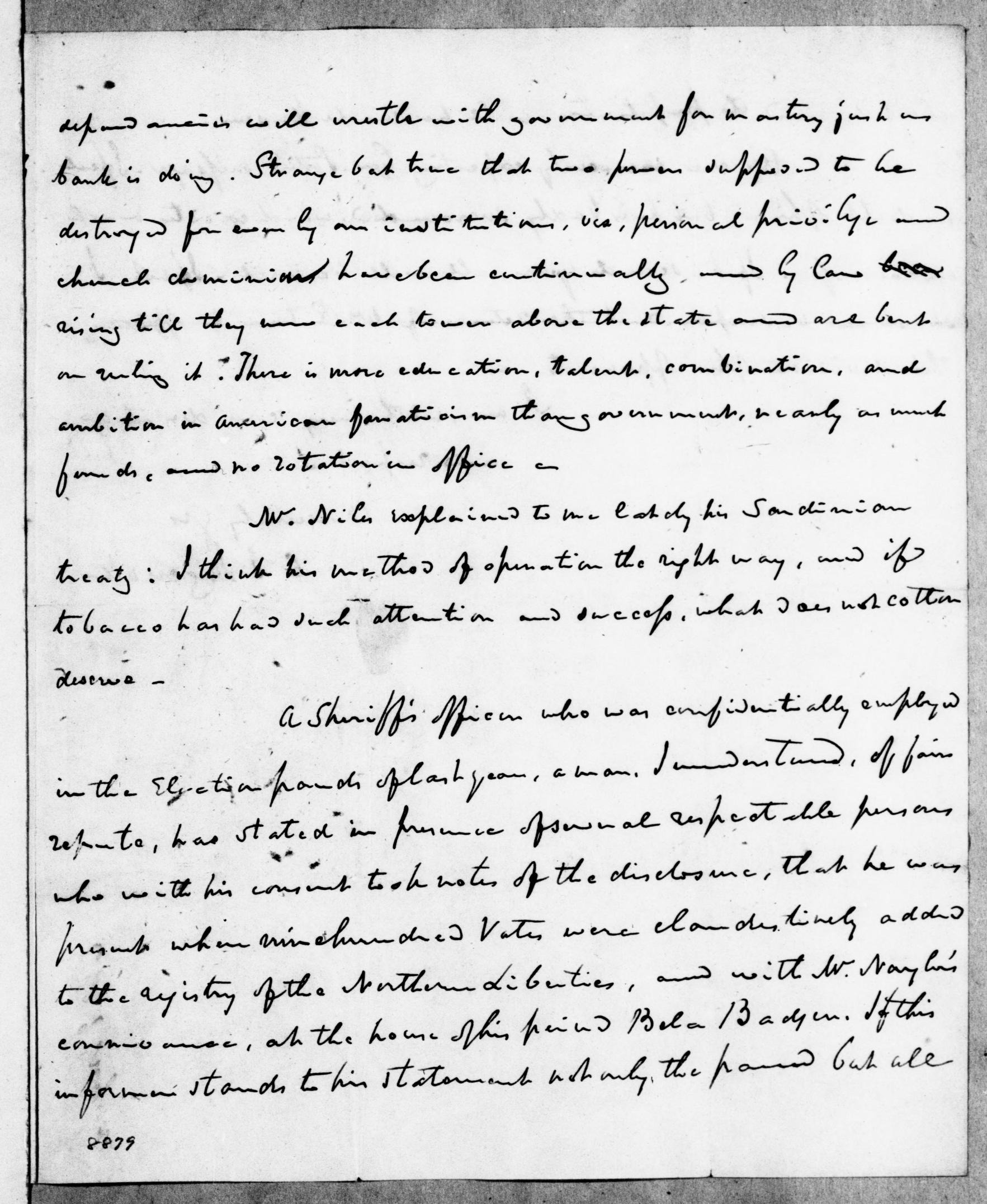 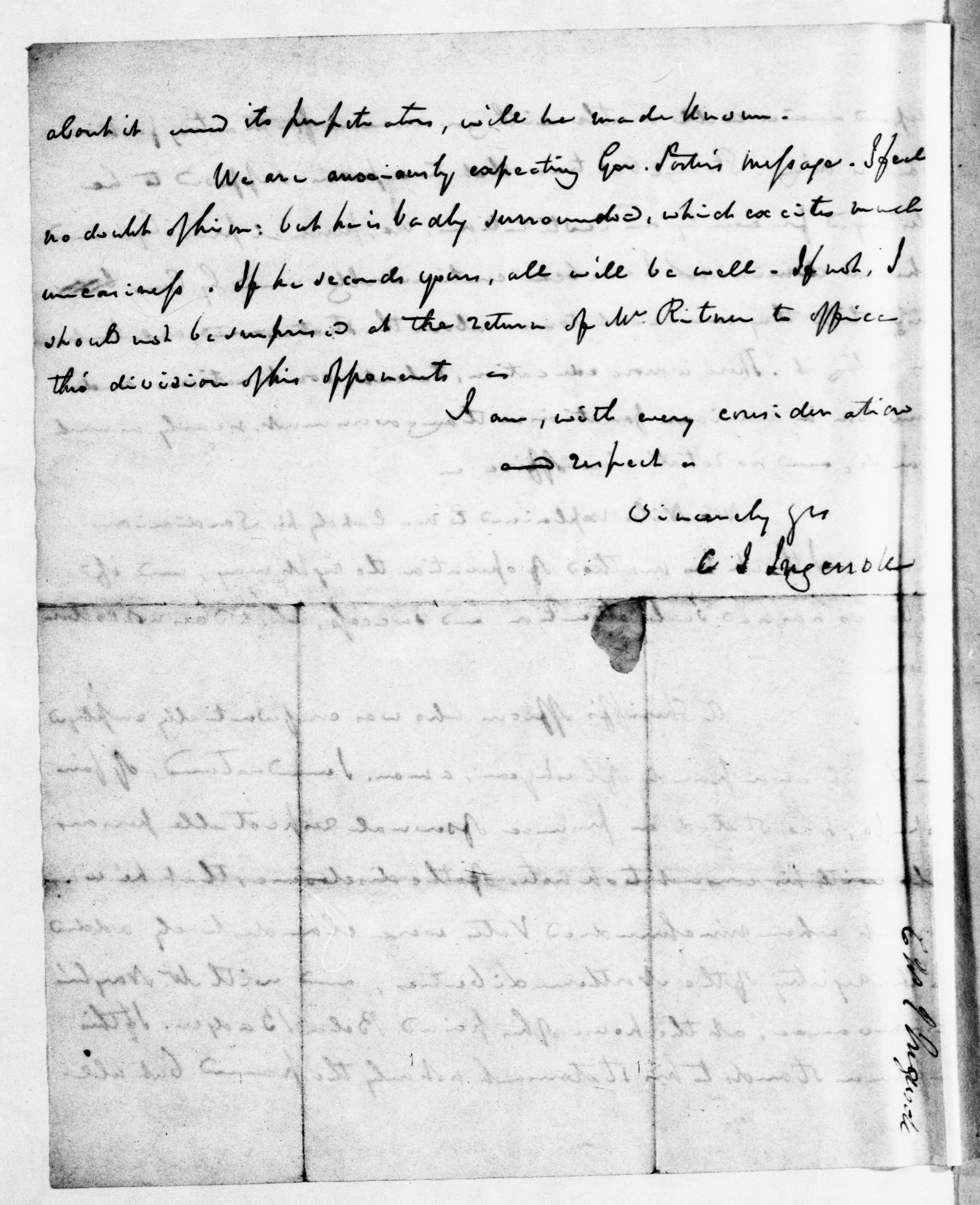