I have recd. your letter of the 5th instant. Your prompt & <illegible> attention to my request affected my feelings and yet it was what I ought to have expected from my knowledge of your kind & benevolent heart and the generous ardor which always activates you when you can serve your friends.

I do not doubt Mr. Van Buren's friendship for me nor but that he thinks quite as well & perhaps better of me than he ought. I hope however he does not put me on a par with Office Seekers. I have seen so much of that class of men and been so heartily disgusted with them that I can not, I will not under any circumstances become one of them. <illegible> It is true I should be glad of such an employment as I have indicated. But the governing motive which induced you to make the proposition was this. I am an ardent, perhaps an enthusiastic Unionist. Considering the State of public feeling, the sectional prejudices and interests, and the present organization of parties I sincerely believe that the election of Mr. V.B. is essential to the security of the prosperity of the Union. In the present excited State of the public mind the election of any other man either North or South, who can be brought forward with any probability of success might be attended with dangerous consequences. I did think and I now think I might do some good in reference to these great objects if placed in a situation which would enable me to act with some efficiency.

With respect to <illegible> “the publication of the Wright letter” I will say to you in as few words as possible. That I was a Candidate for the Senate in 1830 that a few days before the election J.V.N. <Yates> and a Clerk of the Comptroller (<then> Wright) called on me on Sunday and left that letter. After I had read and reflected on it, I sent for the Clerk and told him I could not consent to publication of the letter Because 1. It was confidential 2. It must have been clandestinely obtained (How I never knew) 3. It was a violation of his duty he being as it were a member of the Comptroller’s family and I <confessed> my determination to return the letter to Mr. Wright. Within a short time afterwards, I believe a few minutes, the Clerk accompanied by Thurlow Weed called upon me and demanded the letter. I did not think I had a right to withhold the letter from the man that delivered to me and therefore gave it to him. But as the letter had been in my hands, in order to clear myself from all future mispresentations I immediately and before its publication called upon Mr. B.F. Butler and gave him a full detail of the whole transaction (which he must now recollect) concealing only the name of the Clerk. He concurred with me in opinion that it was my duty to <illegible> the name of the Clerk. Some of Mr. Van Buren’s particular friends having been made acquainted with my disclosure to Mr. Butler endeavored to dissuade my political friends from voting for you, upon the ground that I was friendly to V. Buren and in proof of it urged my opposition to the publication of Wright’s letter, and I was told I actually lost some votes on that account. I well know one of the men who made these representations. He is a man of some influence as a Politician and may have been one of the men who made the counter representation to Mr. V.B.

With the most perfect esteem and friendship

I am truly yours &c 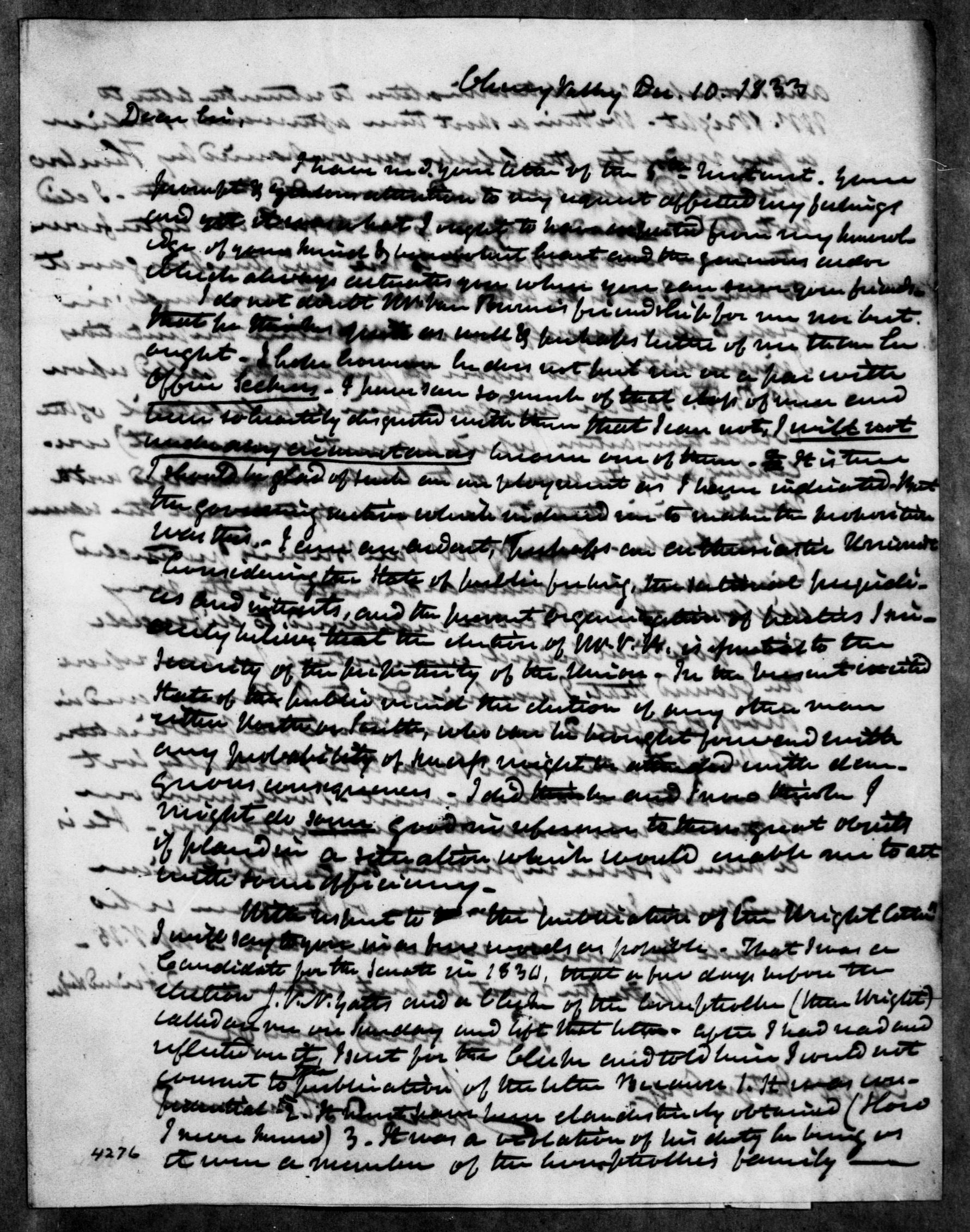 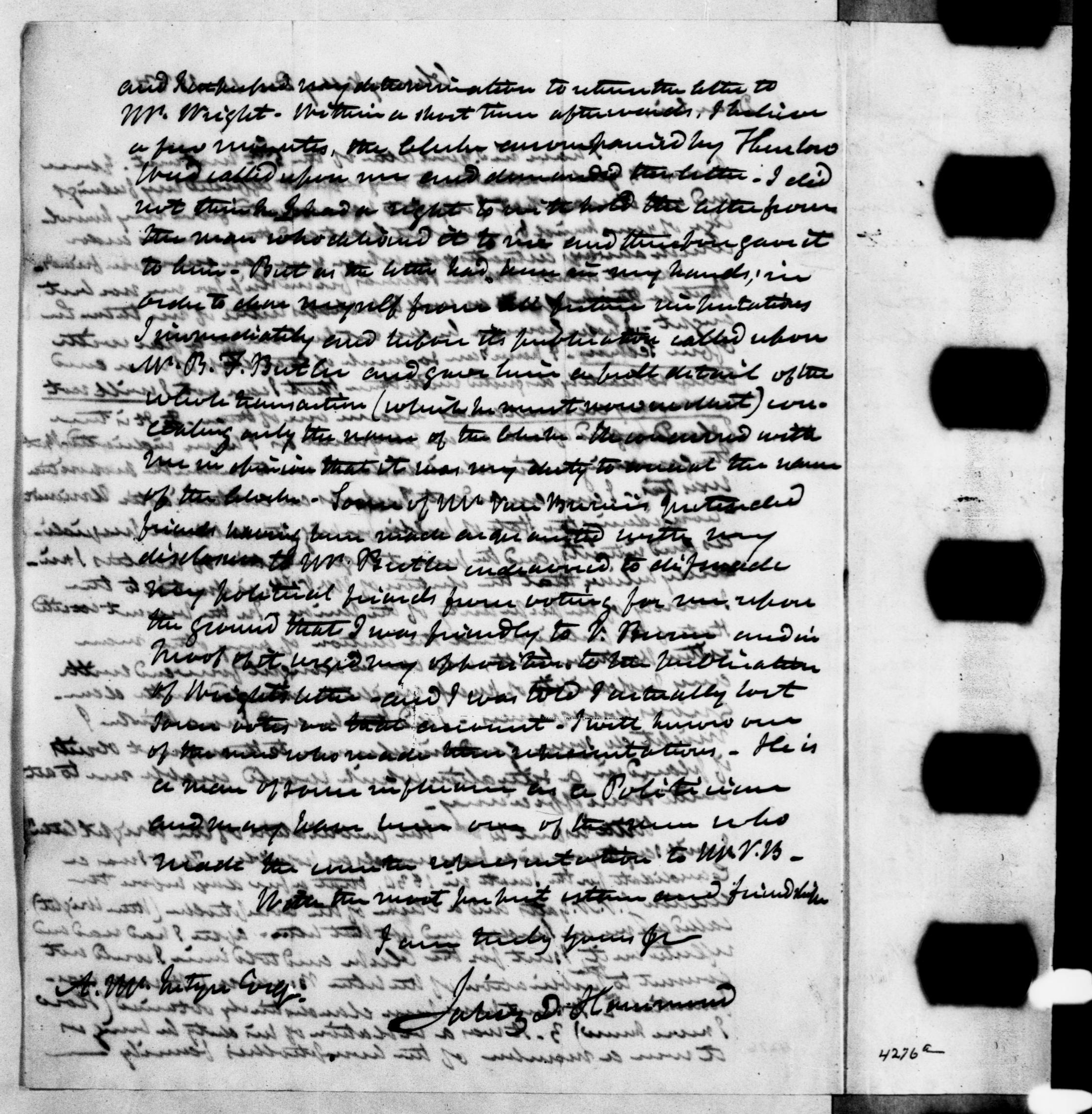 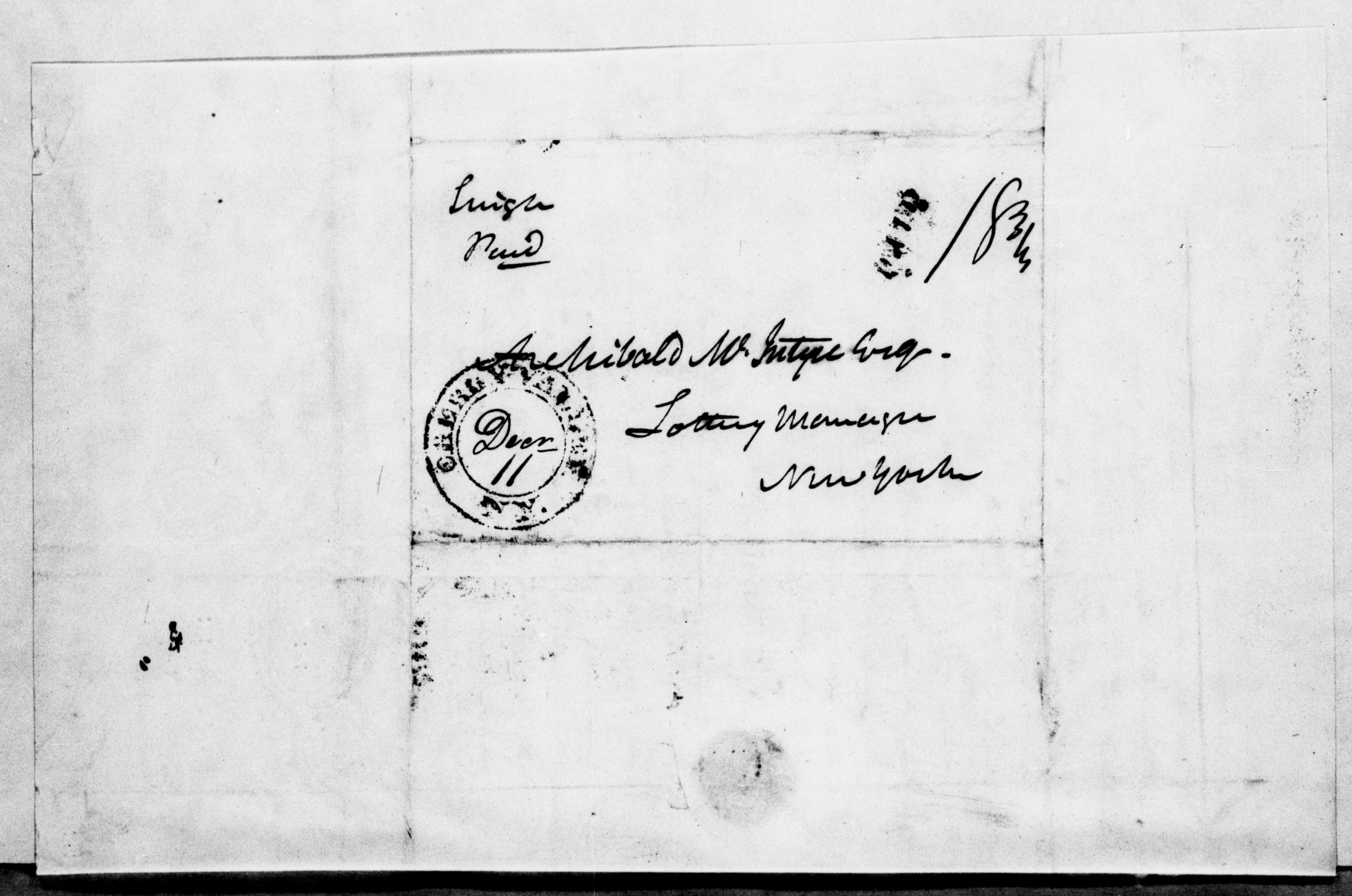