At the commencement of the session of Congress when the election was made by the house Mr Clay told me in the presence of F. that if we could understand what W. meant we could do more than he could & used several expressions indicating great want of confidence <illegible> & dislike.

Dec 30th 1826. Mr B. of P. told me that at the same session when the Bill making appropriation for the payment of the Spanish claims was pending in the house of Rep. C. came to him and said I think we can pay these people with land to which B. dissented. C. then said that damn yellow rascal is to have $70,000 of the money. to which B. asked him whether he meant W. to which C. assented. B. then said that he thought W. was a clever fellow & he was glad that he was to receive so much of the money as he thought he wanted it. C. said that it was probable that the treaty meant money but that by god he would give them trouble. Soon after the commencmt of the next session viz that of the election. Shortly after W. addressed him and said that that damned rascal C. meant to oppose the Bill because he W. had an interest in it and wished him B. to take some notes he had made & support the Bill as he thought it improper from his situation that he W. should take part in it.

Shortly after the commencement of the next session viz that of the election he to his surprise found W & C walking arm & arm behind the Speakers chair & from that time forward a close intimacy has subsisted between them. 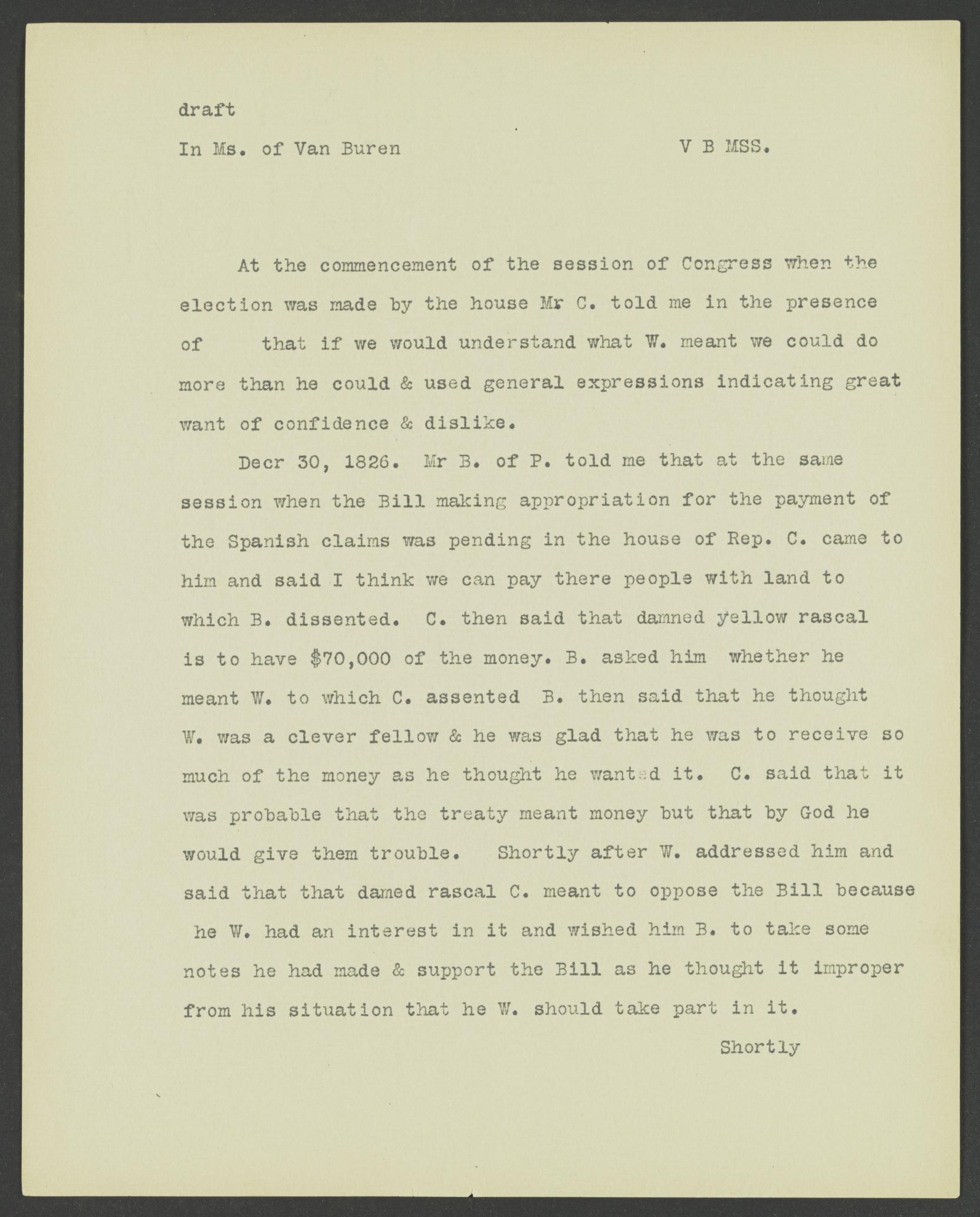 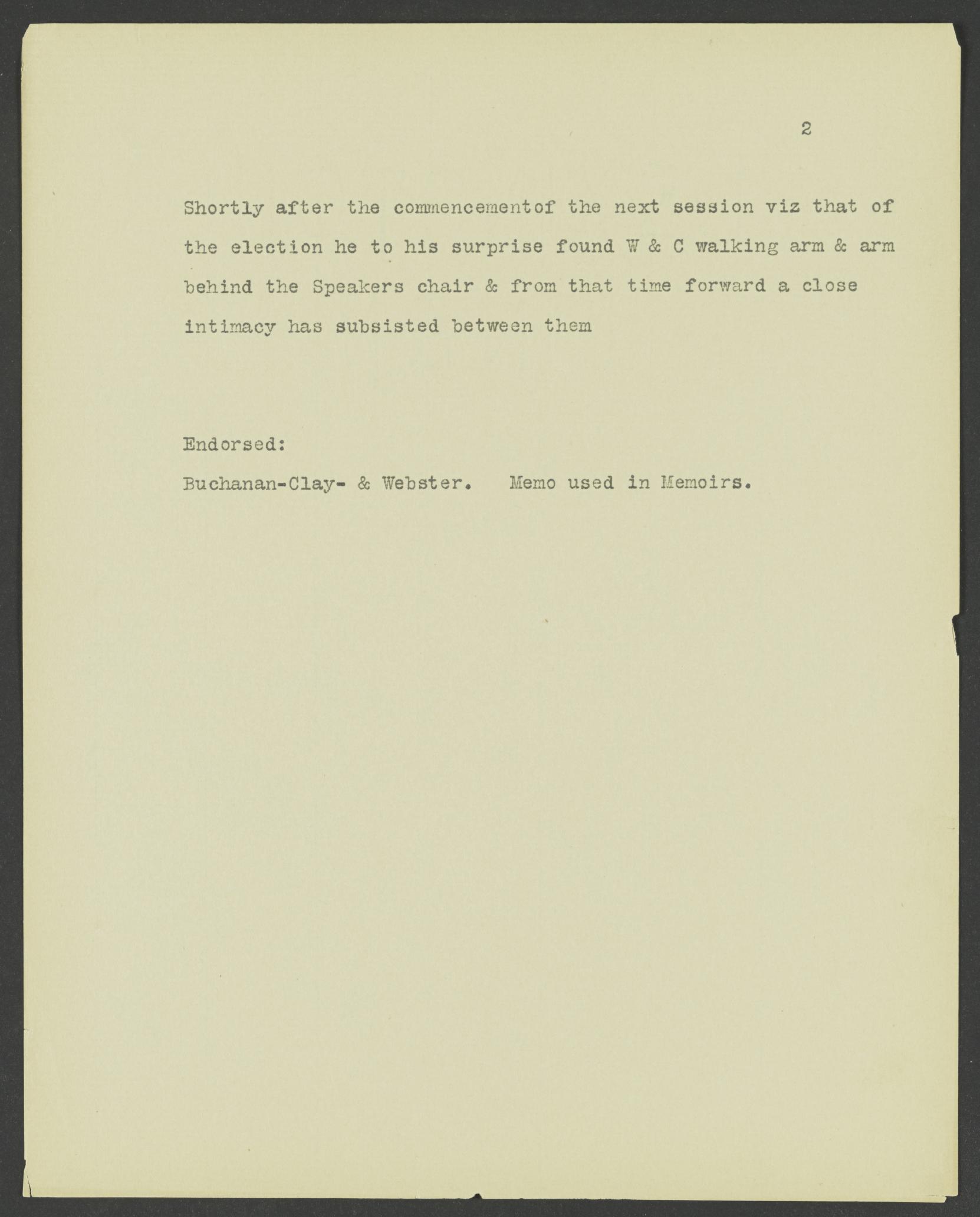