I enclose the letter you desired. You will observe that I have confined the extract to the immediate subject before you. It appears to me that it would be unwise now to promulgate the strictures on the conduct of Virginia &c but even if this were not the case that it would be especially impolitic that you should be the publisher of such charges. Whether correct or not the People are ignorant of the State of things which then existed and public feeling would be little apt to recognize their correctness. I think it would also tend to diminish the effect of the quotation if extended further by drawing off attention to other topics less important but which are subjects of a keener interest. This remark applies also to the part which refers to the Alien & Sedition Laws.

I shall not consider it any trouble to do so if after more deliberate perusal of the paper you wish the quotation enlarged. Your intended use of Mr Js letter proceeds from Motives which I cannot sufficiently value or too warmly acknowledge. I am only anxious in the vindication of my father from an imputed attachment to a different form of Government you should not admit the fact that he was so. His letter to John Adams contains an explicit denial of this charge if the long period since I have read it does not mislead me. Such a denial is in existence made with great deliberation & solemnity somewhere. The documents in my possession entirely exclude the idea.

My fathers real opinions on this subject are to be ascertained not from the propositions made by him in the Convention for they were as were many others experimental. I should say tentative as to the feelings of that body but from an accurate view of his political course during the Revolution & especially at its close.

I have conferred with James on this subject & he entirely concurs in the opinions which I have here expressed.

I am most faithfully

P.S. Paulding is elected Mayor. I hope your son has recruited so as to partake of the pleasures & observe the manners of the court. 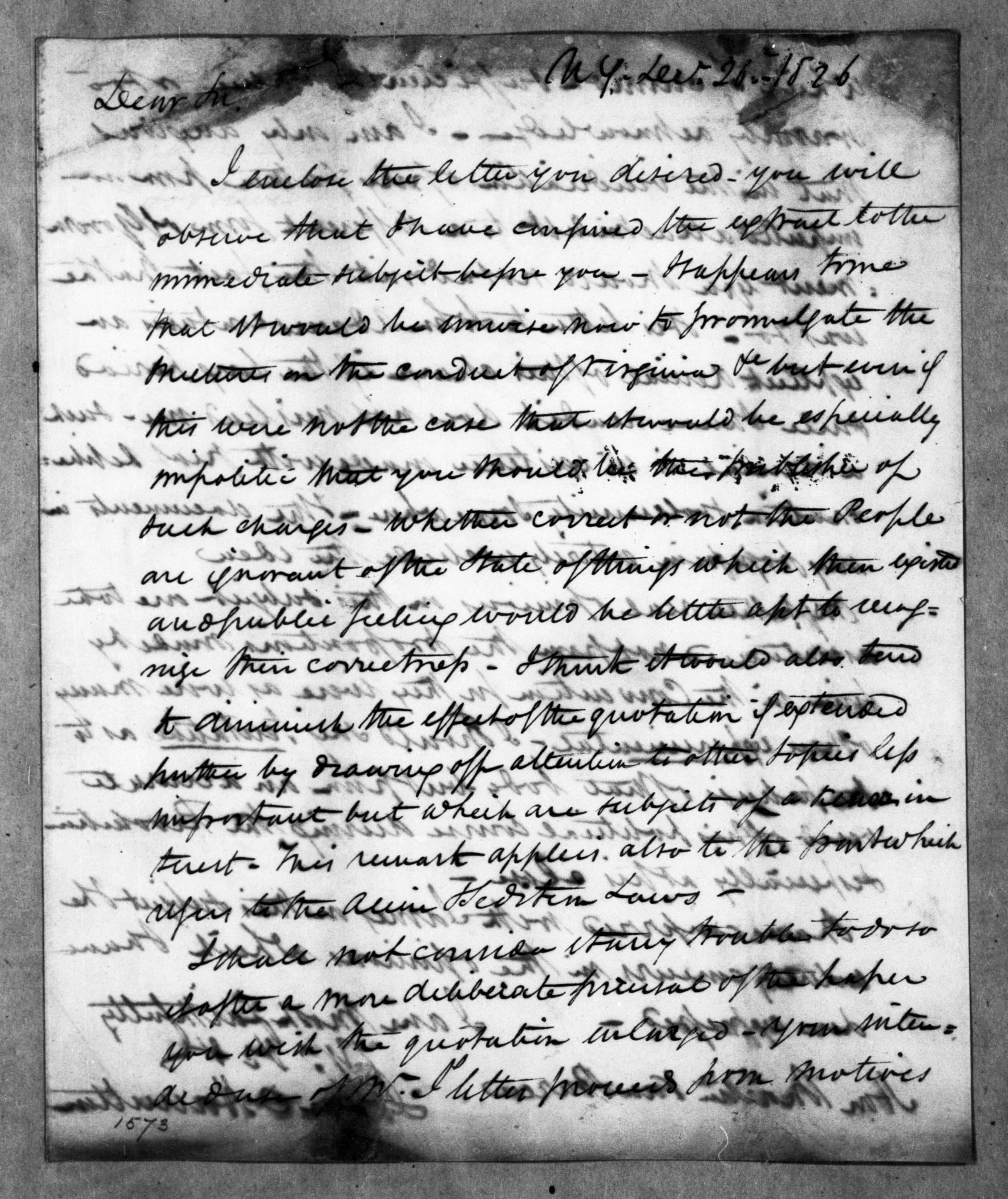 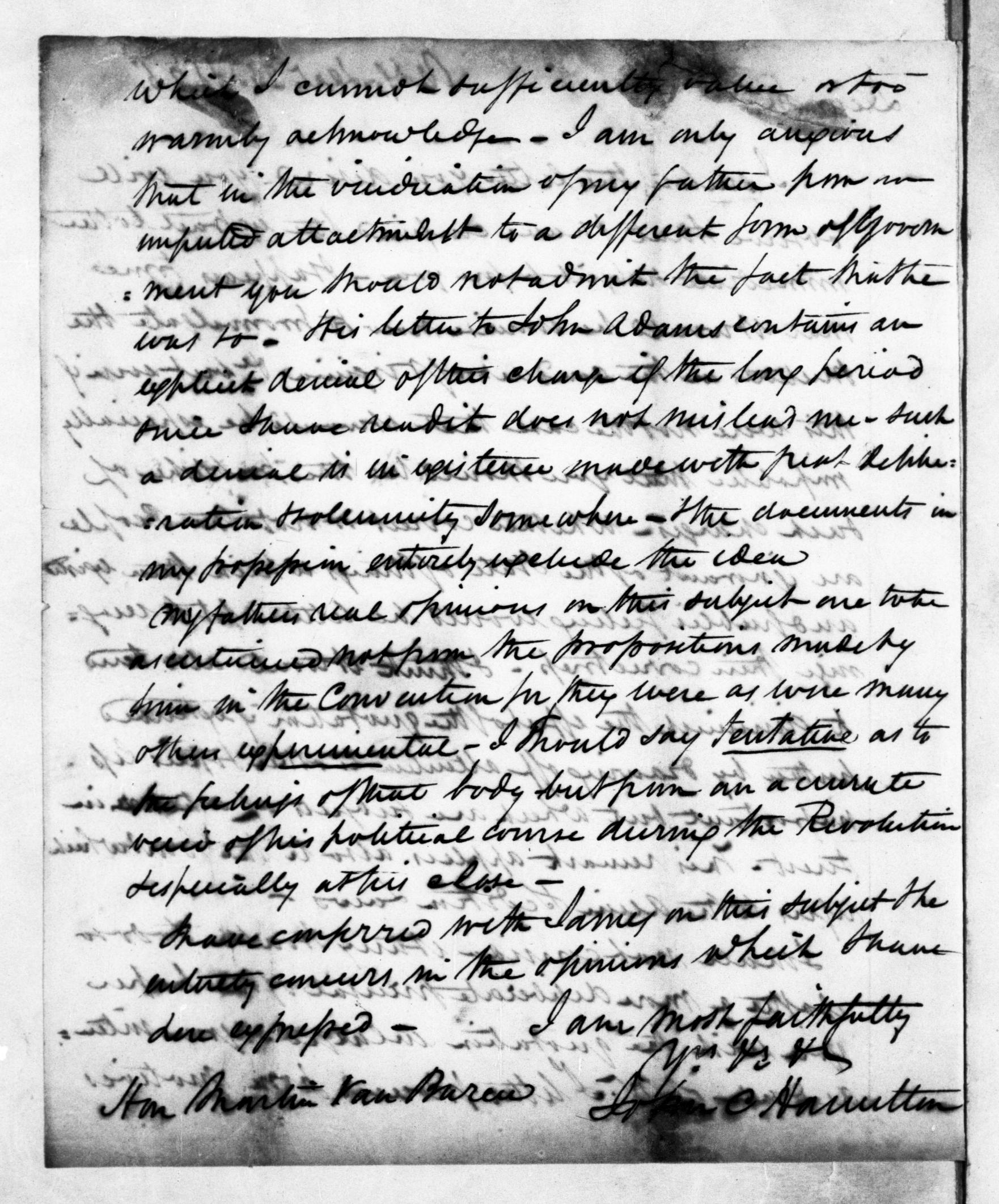 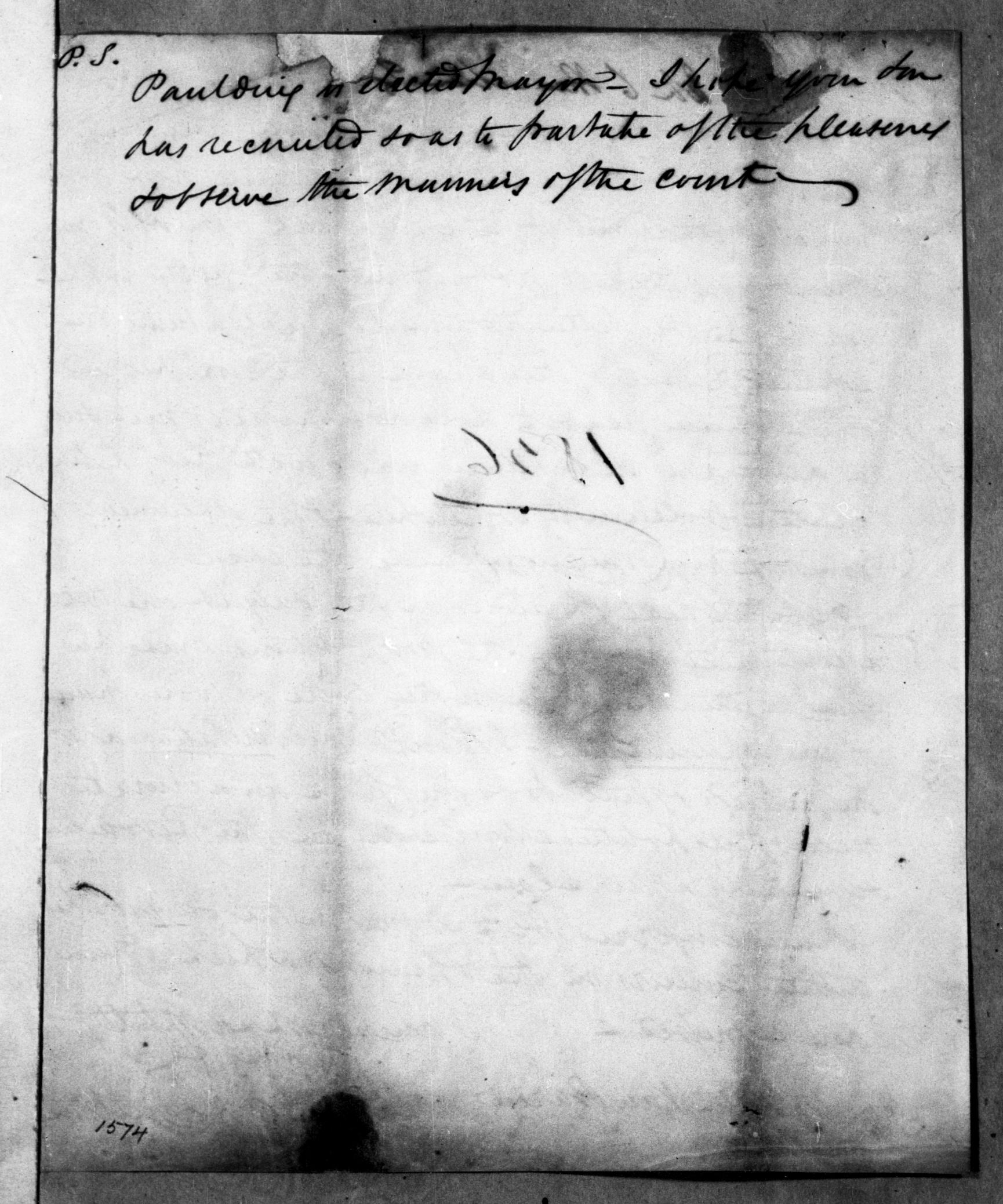 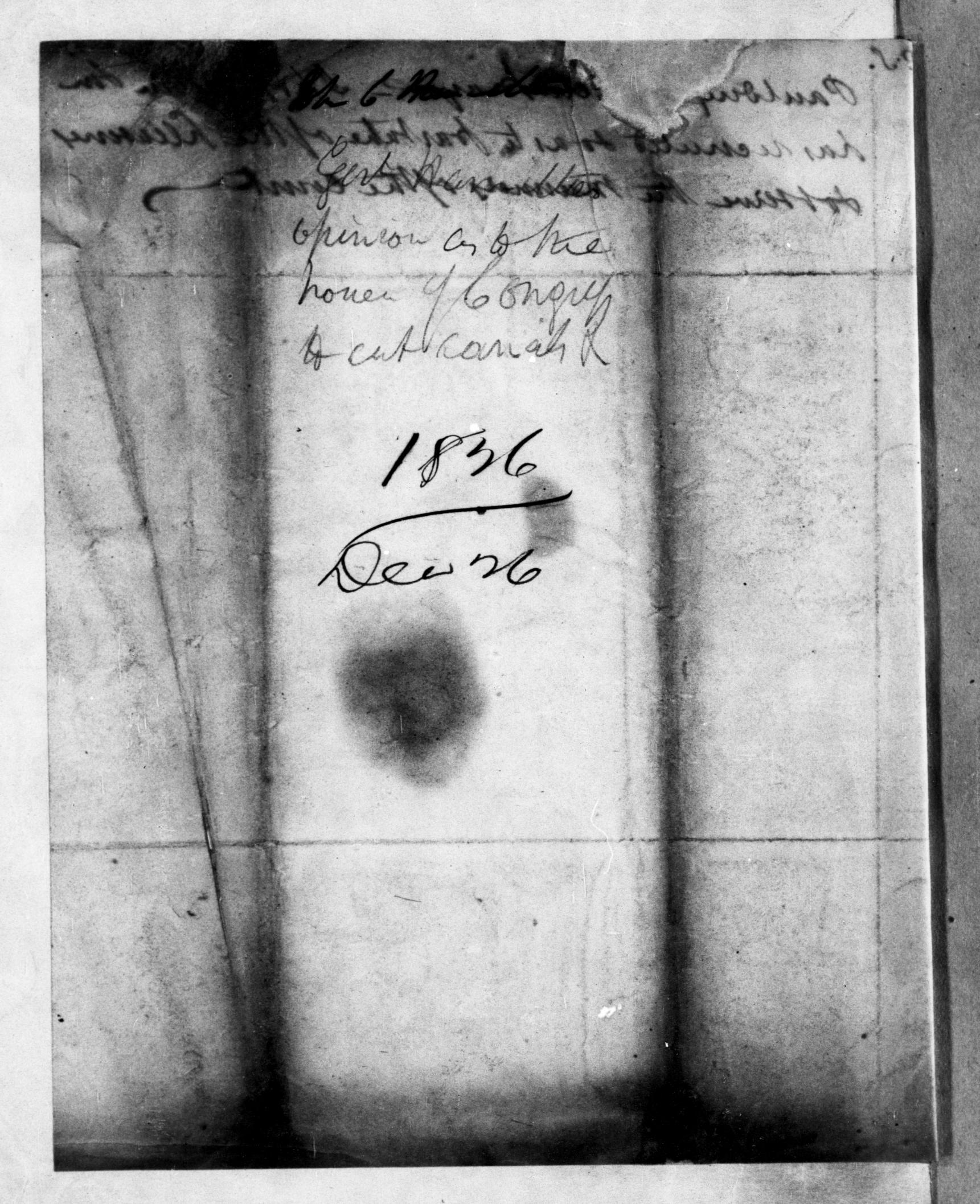 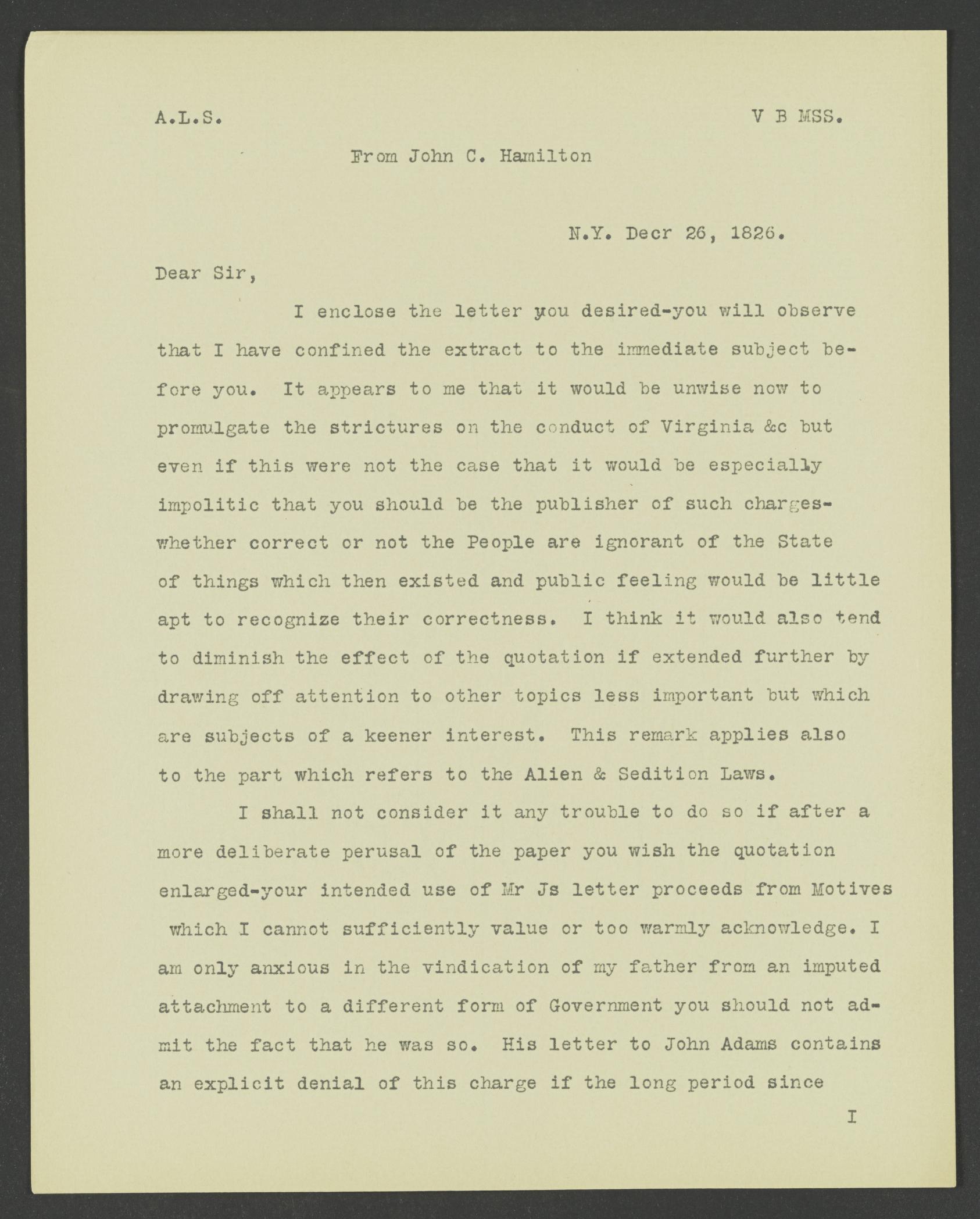 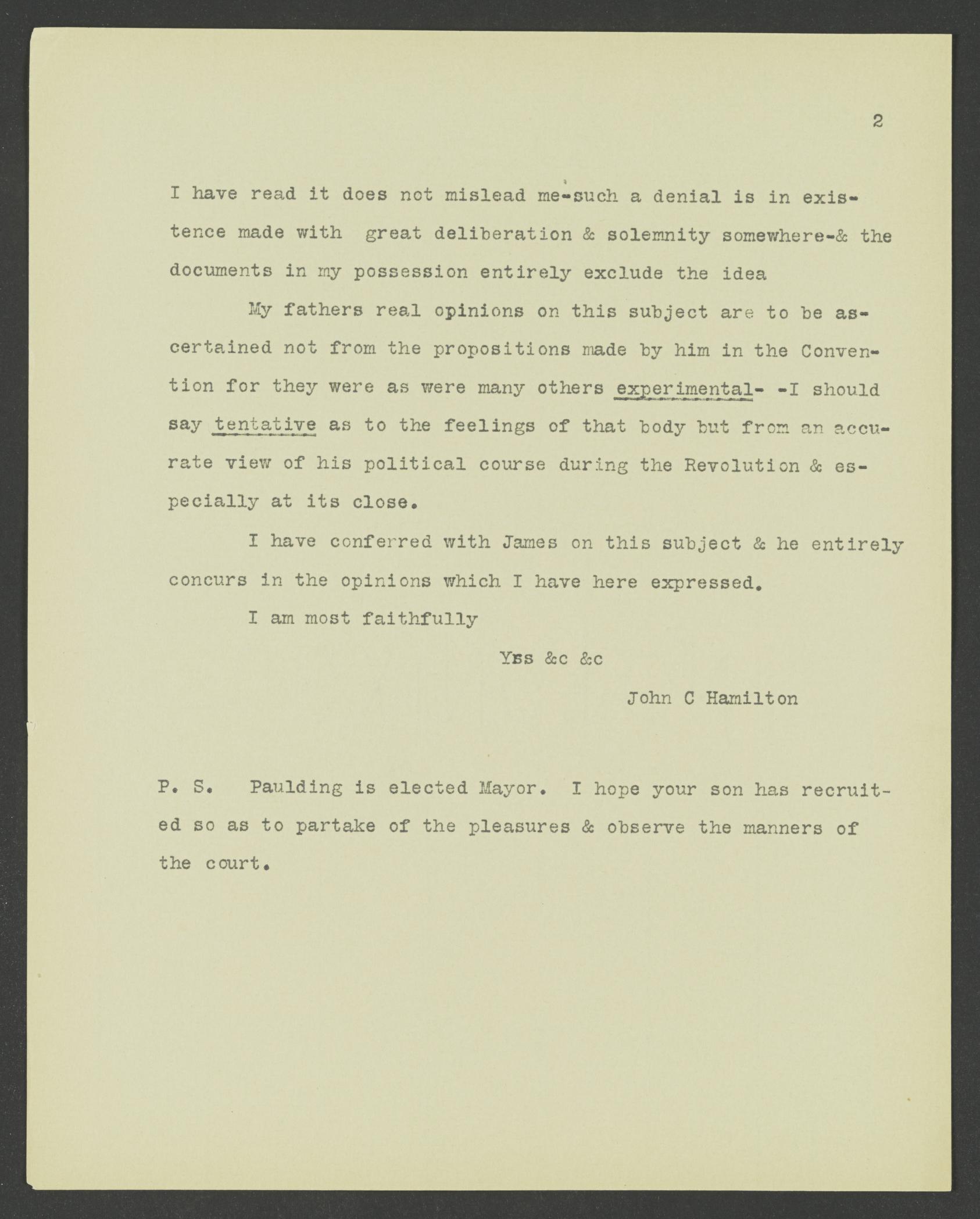