As the enclosed may possibly miss you on your travels I think it safest to <enclose> ^send^ it to you. I hope you will think well of the views which it takes of the subject. They have given great satisfaction in this quarter & cannot fail of effect. The ground that this is in truth a question between Aristocracy and Democracy, cannot be too often or too forcibly impressed upon the minds of the people. It requires constant vigilance to keep the former under any thing like subjection. You have done more to cripple its spirit than any, not to say all your predcessors, & the Tories, as I have before told you will not forgive you for ^it neither^ now nor hereafter. Their hatred is at once the best evidence of your orthodoxy, & the highest compliment that can be paid to your patriotism. President Monroe came into his second term all but unanimously. & My friend Gov Yates said of himself when complimented upon a similar incident in his life replied, yes, & by G'd I went out unanimously. Every community that enjoys the least semblance of freedom is kept in contention by these antagonist principle, and no man please both ^without^ sacrafizing principle to expediency. The course you have taken will draw down upon you present hatred from the enemies of freedom, but what is ^of^ more value, it will secure you the heartfelt devotions of its sincere friends now, & the admiration of posterity in all time to come.

I never witnessed so fine a spirit as I have found amongst our real friends every where, & particularly in Philadelphia. Their kindness to me was truly without stint. The last correspondence between Biddle & the Merchants, in which he promises them liberal indulgences in future, has produced a wonderfull effect here, even in the ranks of the Banks. Its conformity to the advice you gave them, to apply to Biddle, is in every bodies mouth, & the affair makes us many friends. The opposition labor hard to shake off the Bank, but we are determined to hold them to it. A fitter union was never found. We were for a long time kept in painful suspence about you, until we red. an extract from your letter to Major Lewis. It was very cruel in you to deprive poor Poin of his breakfast. Conscience makes cowards of us all. I leave here the day after tomorrow for Albany where I hope to find a letter from you. Taney has had a splendid reception, & is to have a public dinner on Thursday. I have sent them a whole-Hog toast. I shall write you as often as I have any thing to say & sometimes perhaps, when I have not. Remember me kindly to the Major, your son & daughter and the young folks

& believe me to be 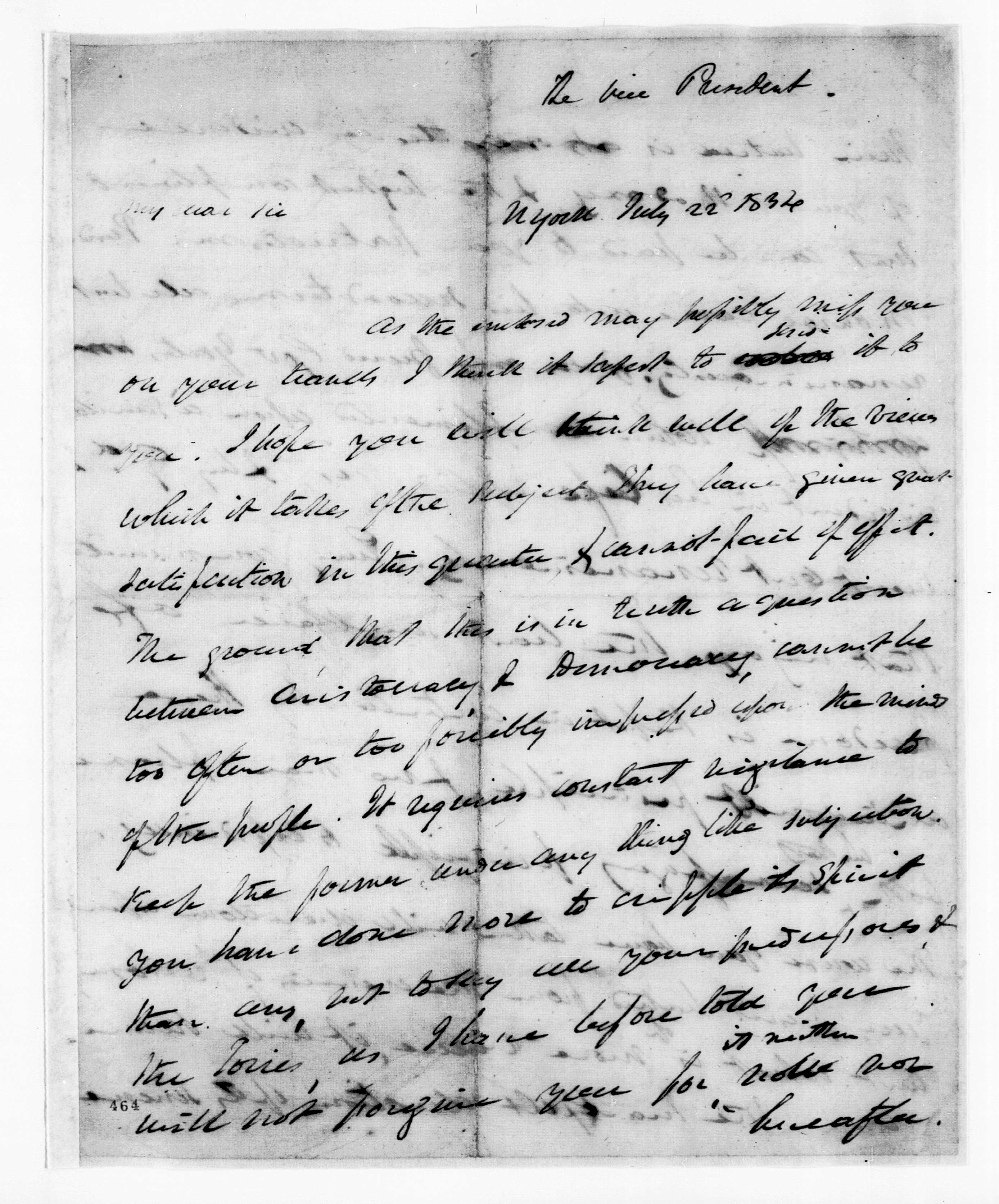 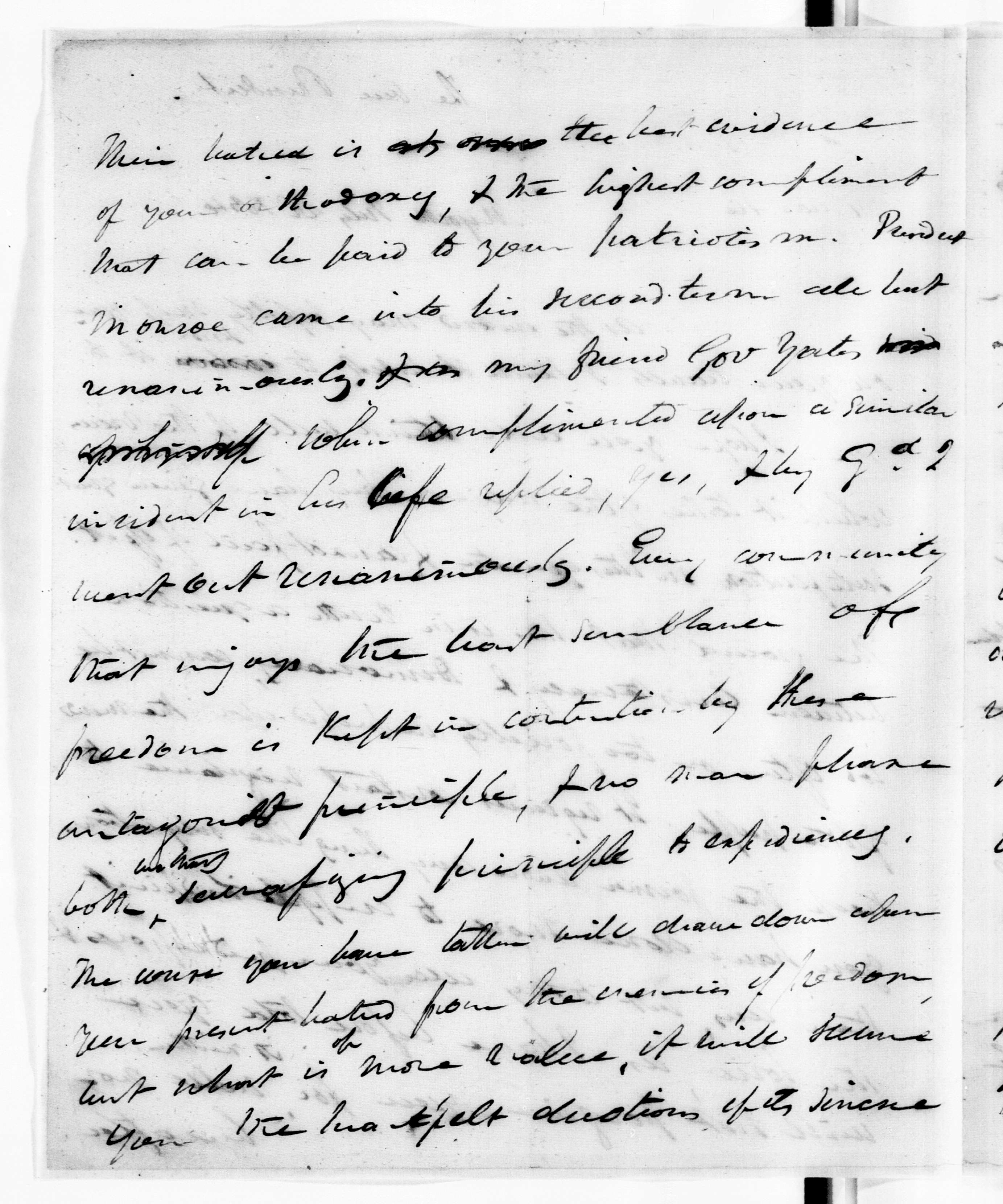 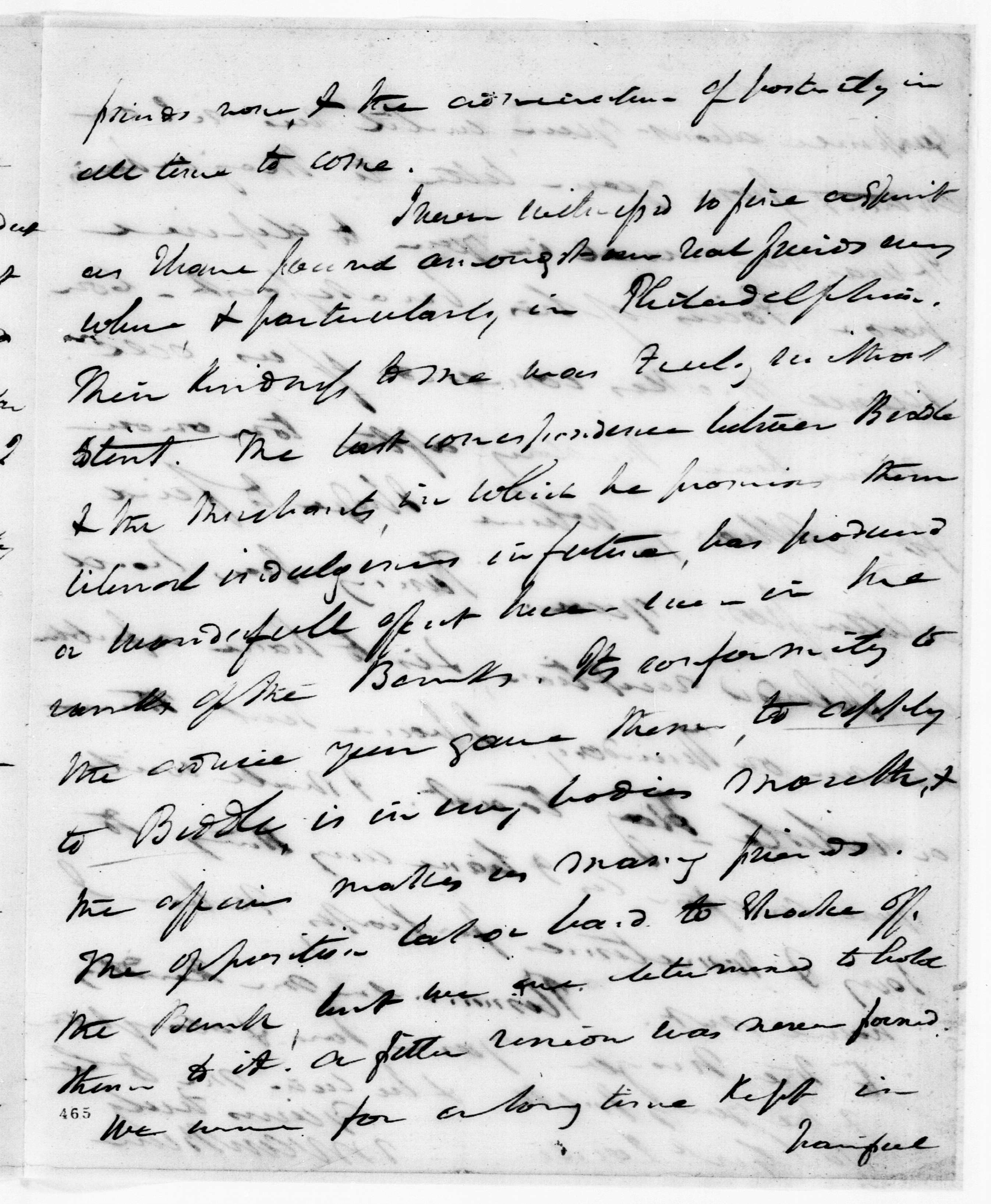 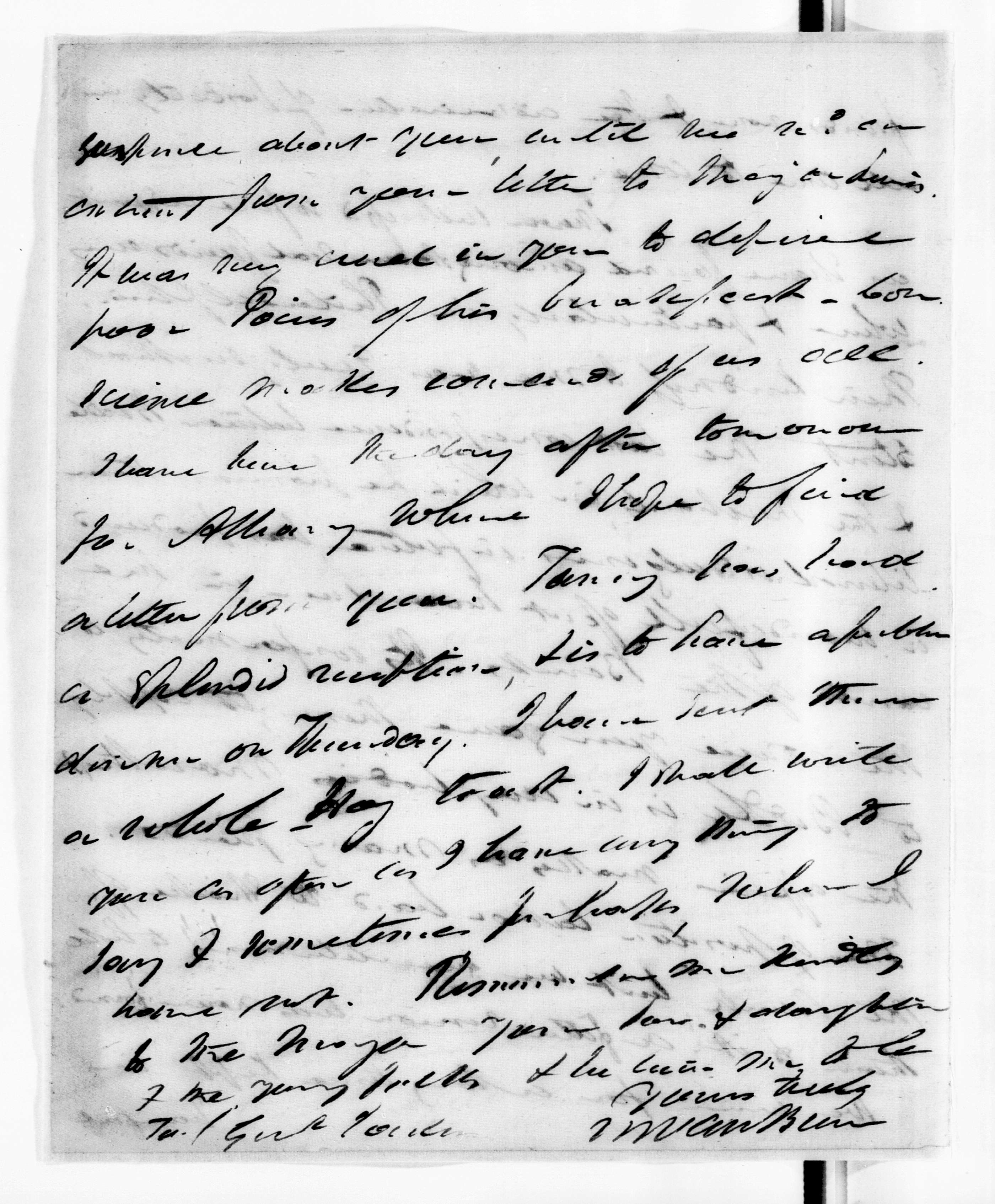