I propose to leave here by the 10th of July at the farthest, & possibly a little before. Unless therefore you see (the resolution for adjournment rescinded,) an event not probable you must be here in season to accompany me. I say you must because I have made my calculations upon it & cannot now be disappointed. Affairs are extremely well here in all matters except the Post office & that the Old Chief will take under his own direction. It will fill up the measure of his necessary employment reduced as it now is by the declining fortunes & comparative weakness of the Bank.

McLane has resigned & Forsyth goes into the State vacant seat. Taney will certainly be rejected & Woodbury will go into the Treasury. The <incumbent> of Woodburys present place is not definitely fixed upon. There has been a story <afoot> that the Senate would confirm Taney for any other place & upon the Assumption that that might be so Forsyth & Butler have both offered to give way for him. But they ^(the Senate)^ will not do so & he would probably that not let them if they would. Stevenson is really very sick & until this morng I thought he must certainly die. The Senate have helped ^him^ along out of this troublesome world by keeping him under the operation for weeks. They will probably decide upon him tomorrow or next day. How is quite uncertain. I rather think he will be confirmed by a vote or two, possibly by the casting vote of the Vice President. I have not seen McLane since his resignation <altho’> I was there night before last. It came upon us by surprise. He insists upon his determination to remain with us (politically) and the article of ^in^ the Globe has given great offence to the opposition. This will do him good. I wish Mr Croswell would treat him kindly. We shall before long get a united & strong cabinet. The old Chief is in fine spirits but some what unwell this morng. You will see that the gold Bill passed by a heavy Vote in the House. The President cannot is determined not to die until he sees the Country full of Gold & then he is ready to give up the Ghost office & all. I send you three of <Smiths> last letters as I once had some talk with Mrs. Van Rensselear about him I wish you would shew them to her that she may be satisfied that I was not too vain of him. Remember to the Patroon & the family & to all my friends & let me hear from you. I am in fine health & spirits. Remember me affectionately to Mrs Butler & kiss the children for me. I have her <illegible> husband with me. The Major you doubtless have heard has gone as far as West Point with some ladies to get rid of his fever. 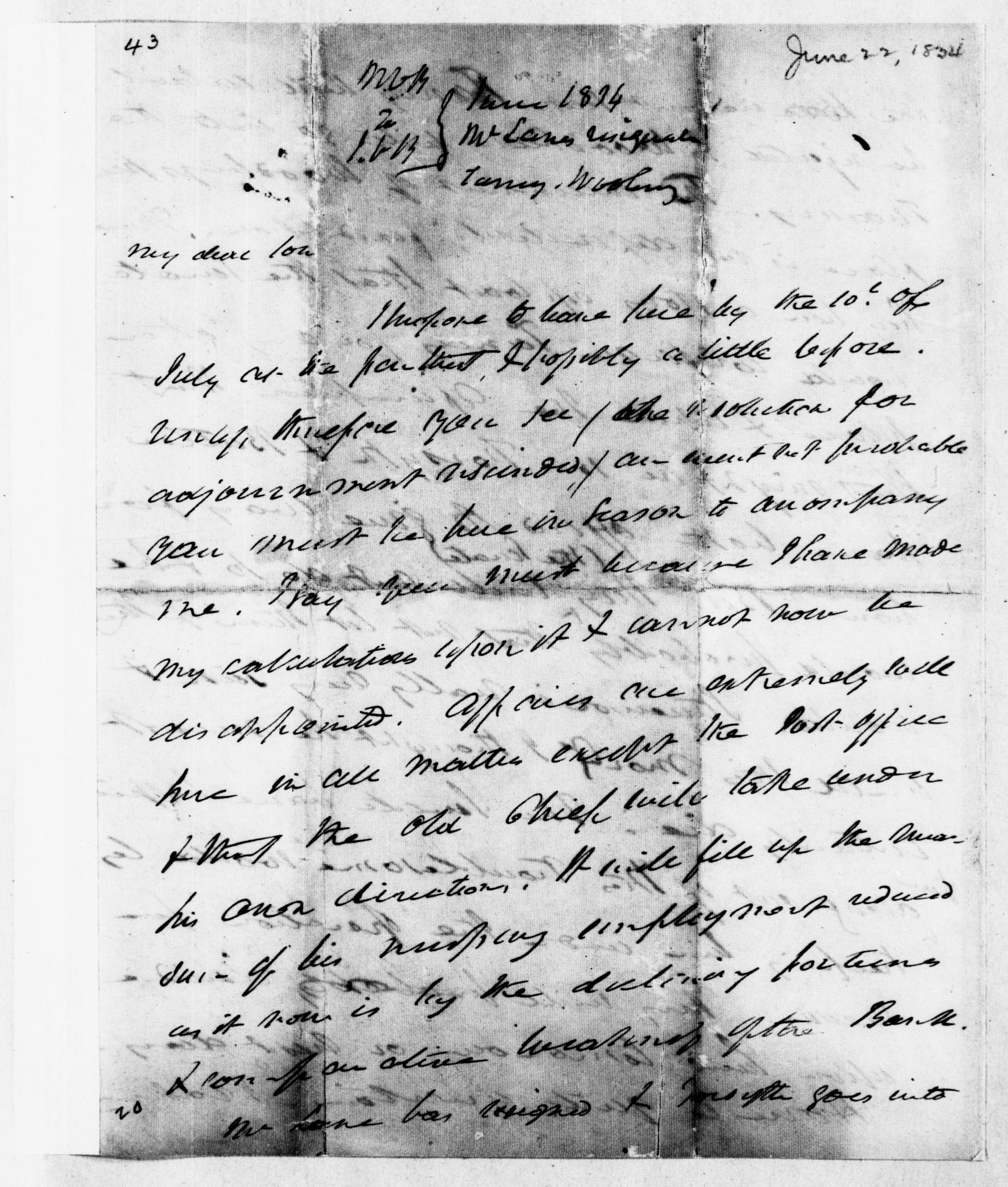 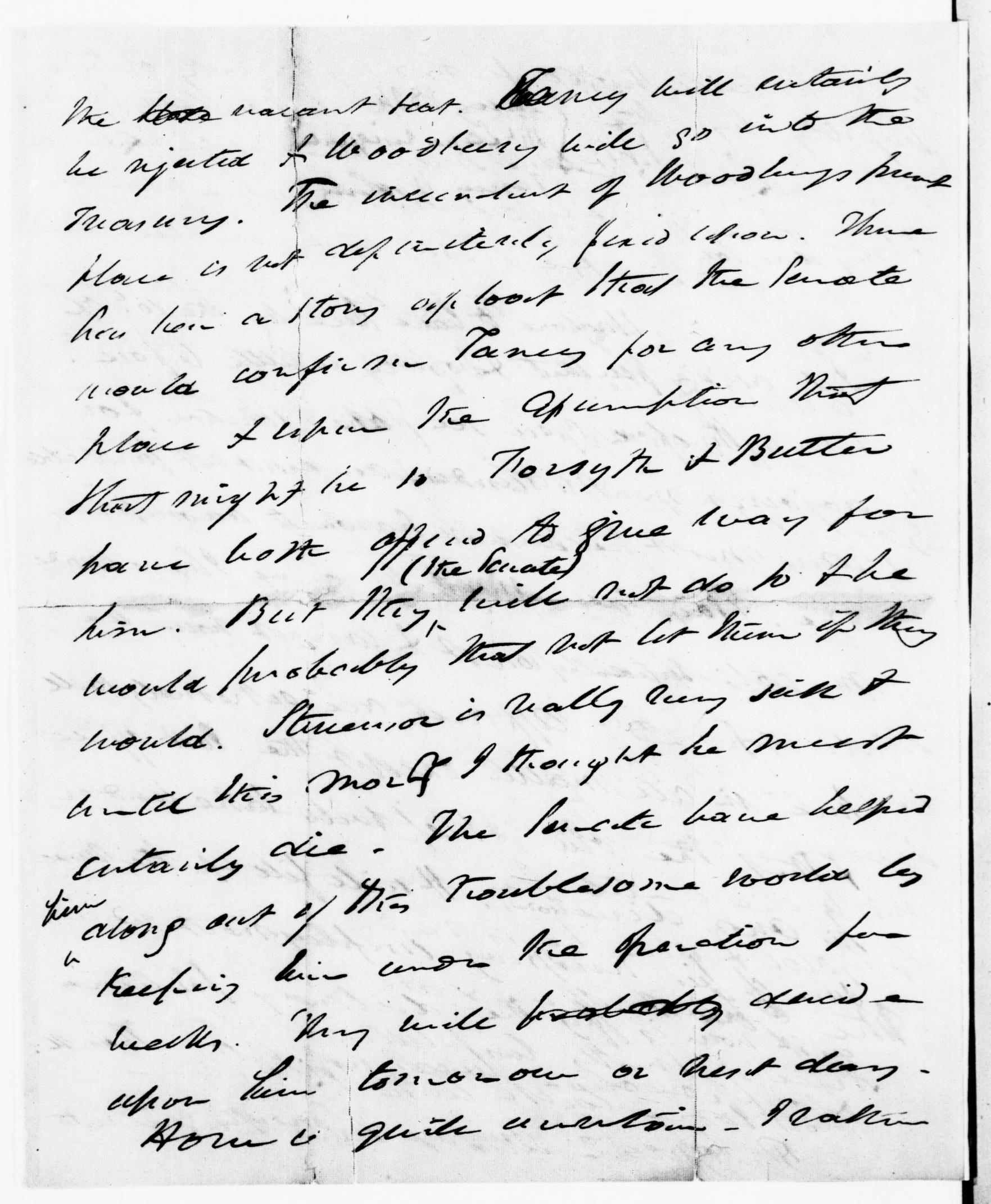 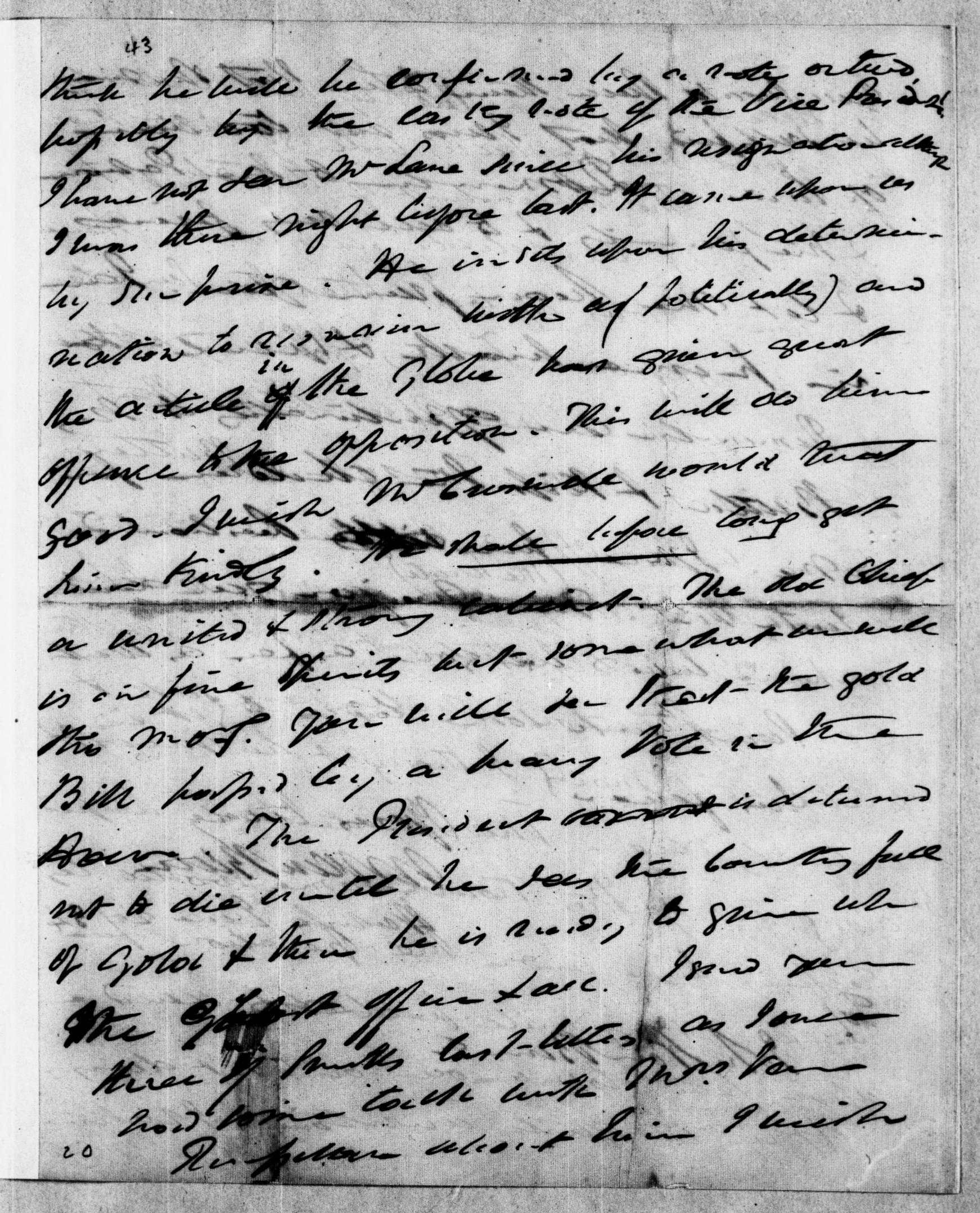 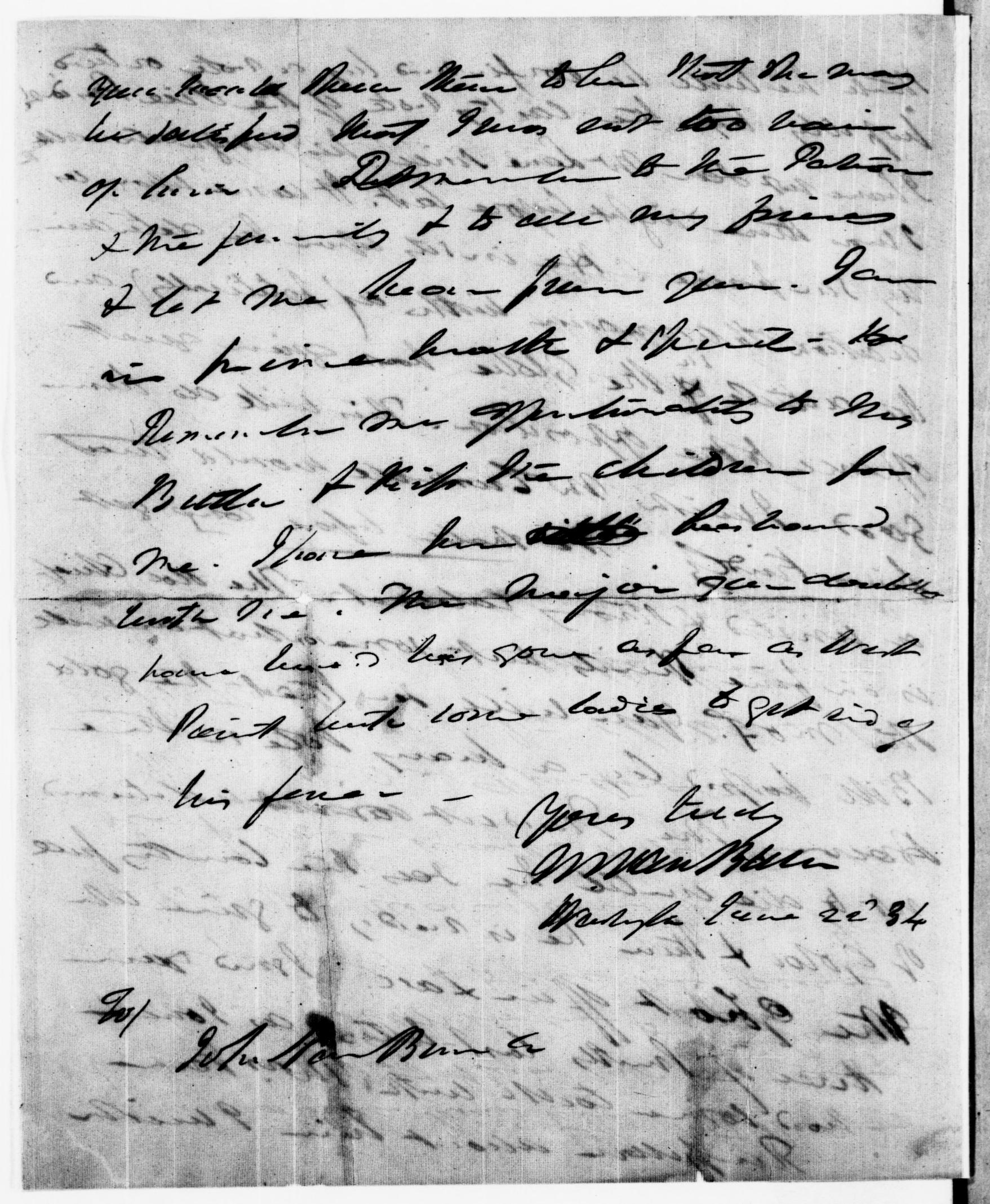