At a meeting of Merchants, Mechanics, and others, Citizens of New York, held pursuant to public notice, the Honorable Stephen Allen, presiding, the following Resolution was unanimously adopted:

That the democratic republican Citizens of New York, have witnessed with feelings of pride and satisfaction, the dignified and manly course of the Honorable Martin Van Buren, Vice Presidt. of the United States; they have beheld him by his forbearance, courtesy, elevated deportment, and surpassing ability, silencing the tongue of slander, and turning aside the weapons of his assailants; they rejoice that the American people have intelligence to appreciate, candor to acknowledge, and power to reward his private virtues and public services.

Extract from the Minutes.

Enclosed in: Stephen Allen to MVB, 21 February 1834
Note: Because this document is only a verified first-pass transcription, it and the document metadata may still contain errors.
Editorial Note: 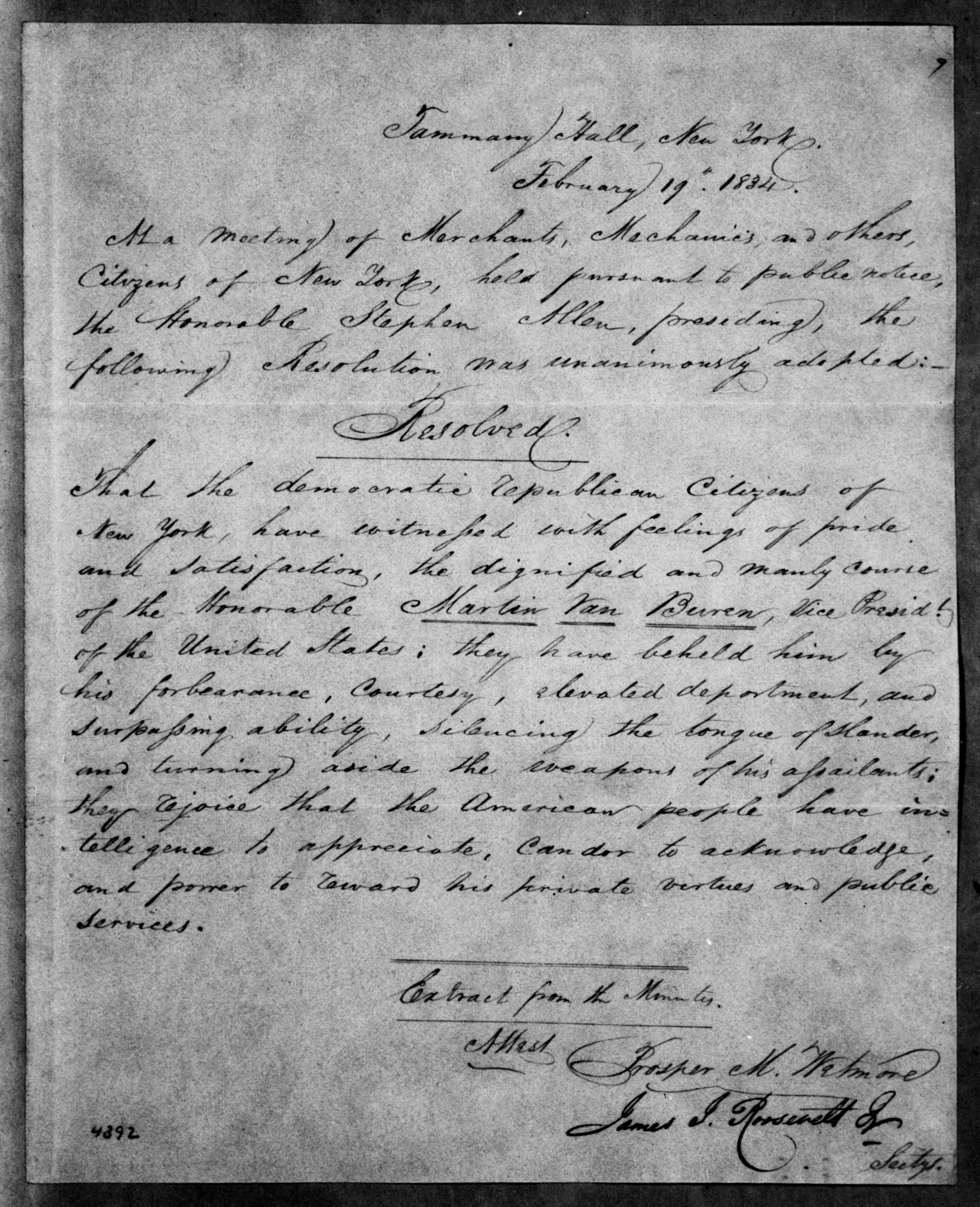