As a friend of your respected father—one who fell with him, politically, in 1840, and ardently desired his nomination and re-election 1844—I take occasion to address you for the purpose of placing you in possession of some facts connected with the machinations of an intriguer, who under the guise of professed friendship, done more than any other man in the United States to defeat the nomination of your father by the Baltimore Convention in May, 1844. And here I would premise, that I am an obscure individual, and for that reason do not sign my proper name to this communication: what I state, however, are facts—incontrovertible facts—and a name could not add or detract from their truthfulness.

Martin Van Buren was emphatically slandered out of his re-election 1840. The Democratic voice, fairly expressed, looked to him as the rallying point in 1844. Trick and management defeated his nomination; but, though defeated, he is still strong in the affections of a Democratic people, and if he cannot have justice done him in 1848, his friends should see that the men, the arch-intriguers who plotted and consummated his defeat, should be rewarded according to their deserts. The great intriguer, who aided most, in connection with John Tyler, John C. Calhoun and Thos Ritchie, to overthrow M.V.B. was Robert J. Walker, the present Secretary of the Treasury. Through his confederated allies in this State, such as H.B. Wright, David R. Porter, T. Hartley Crawford, Joel B. Sutherland, Calvin Blythe, and others, he effected his purpose. Walker is a man of the mole policy—he works underground and in the dark. In proof of this assertion, let me state a few facts: Walker professed to be in favor of M.V.B.'s election and nomination—the voice of the Democracy of Mississippi proclaimed M.V.B. to be the choice of her people. The State Convention of 8th. January, 1844, held in the town of Jackson, (of which Powhatan Ellis was President) decided by a vote of 4 to 1, that M.V.B. was the favorite candidate. Walker was appointed a delegate to the National Convention, but how did he act? He immediately set his supple tool Wm. H. Hammett to work. He advised Hammett to address M.V.B. a letter to obtain his views in relation to the annexation of Texas to the American Union: M.V.B. responded, Hammett puts the letter in his "breeches pocket,"—and "suppresses," temporarily, that document—as Walker did, more recently, the commission of his successor. When asked about its contents, its views upon the annexation scheme, he replied that it "was all right"—"it was satisfactory to the South": at the same time he was determined, in conjunction with Walker, the master spirit of disaffection, to make it the ground-work of an attack upon M.V.B. Hence we see Mr. Walker enter the Convention, and proclaim for the two-thirds rule—an anti-Republican and dangerous doctrine—a doctrine that he himself scouted in Mississippi in 1834, when he was placed in nomination as a candidate for U.S. Senator in opposition to George Poindexter. He had H.B. Wright fixed upon as President of the Convention—he knew that he would act in accordance with his directions. The Pa delegates voted for the two-thirds rule, and then voted for M.V.B. What shameful hypocrisy! Walker overthrew M.V.B. and secured Dallas' nomination for the vice Presidency by his attempt to flatter Silas Wright. Thanks—eternal honor to Silas Wright—he could not be made the passive instrument of setting aside the will of the people, fairly expressed.

New York is strong, powerful—she can be heard in 1848. And if she cannot then decide who shall be the nominee, she, at least, moving in solid phalanx, can check-mate the scheme of Polk, Walker, Marcy, Ritchie, et id omnes genus. Polk is bent on a re-election in '48, notwithstanding his voluntary avowal of the "one term" principal; R.J. Walker is the wire-puller of the clan. Watch him. He will be attended to in the great Keystone State. Set M.V.B.'s friends in New York. Watch the movements of the Talleyrand of the Treasury Department. Polk is a second edition of Jno. Tyler—false to his friends—and a parasite to his former enemies. With the end of 4 years his political career will be closed.

This man Hammett was defeated for a re-election to Congress in Mississippi, on account of the improper part he acted in producing M.V.B.'s overthrow at Baltimore. Walker is also politically dead in Mississippi. Patronage will give him a little power while Polk's administration lasts, but his influence is gone, lost forever! 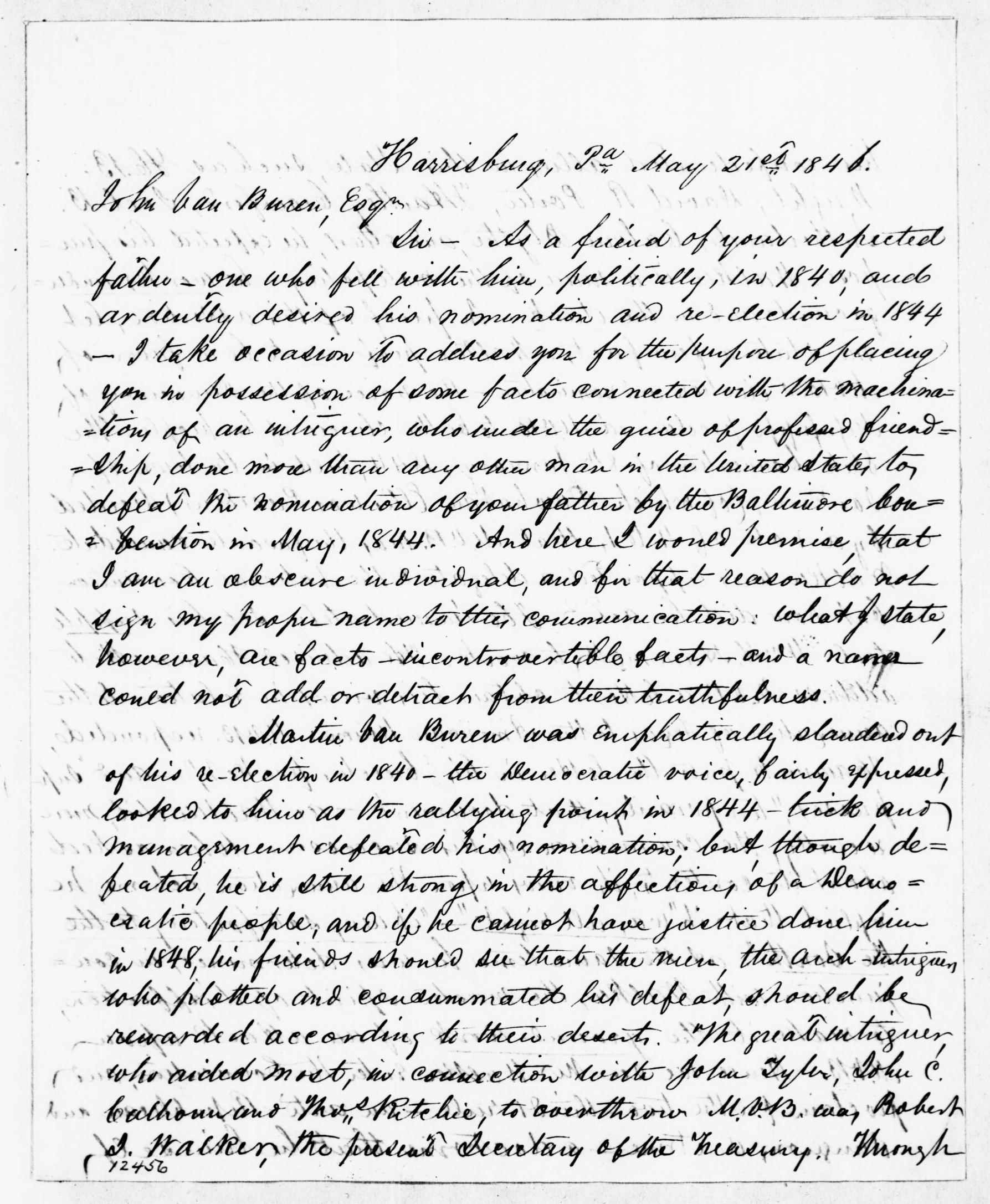 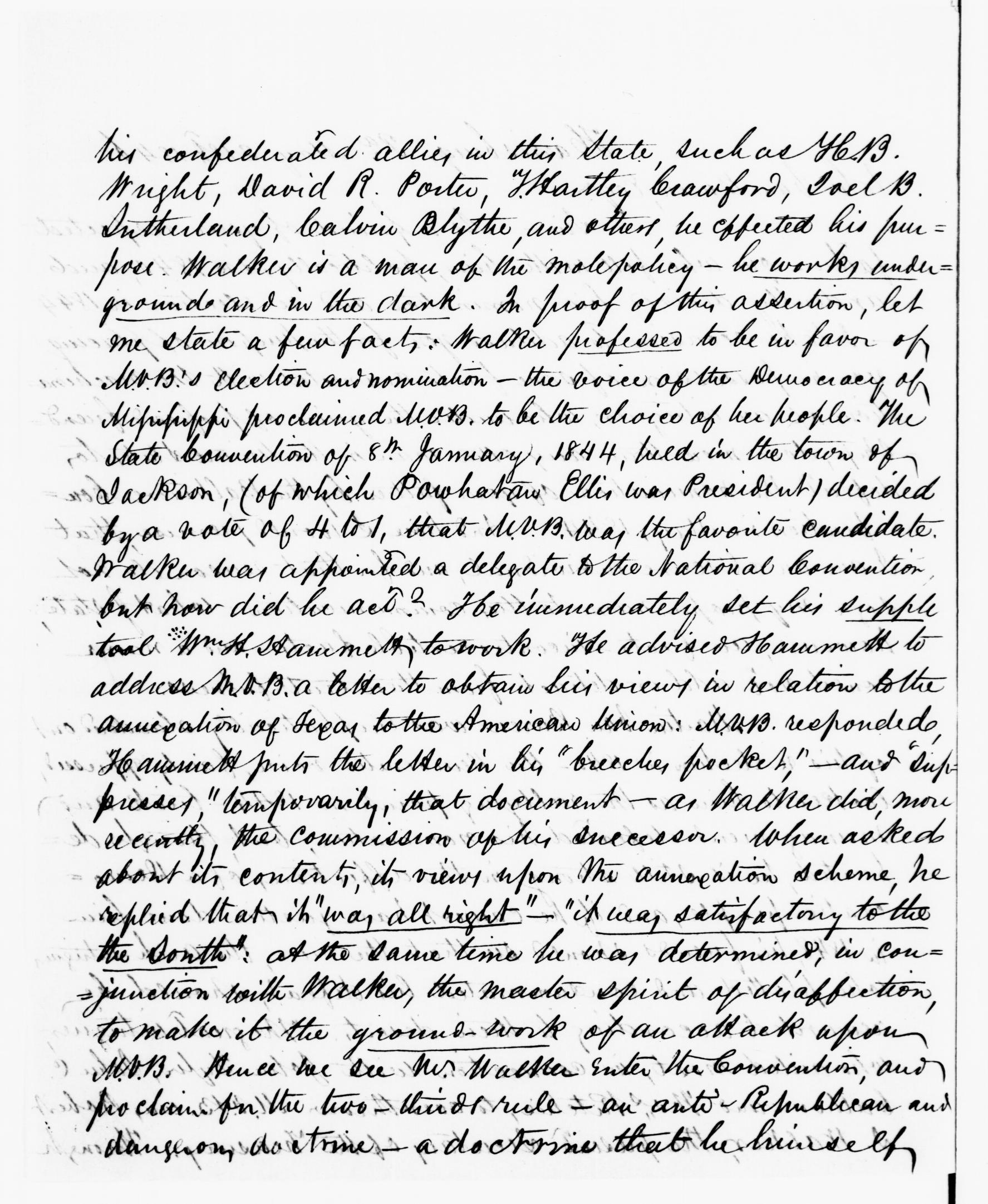 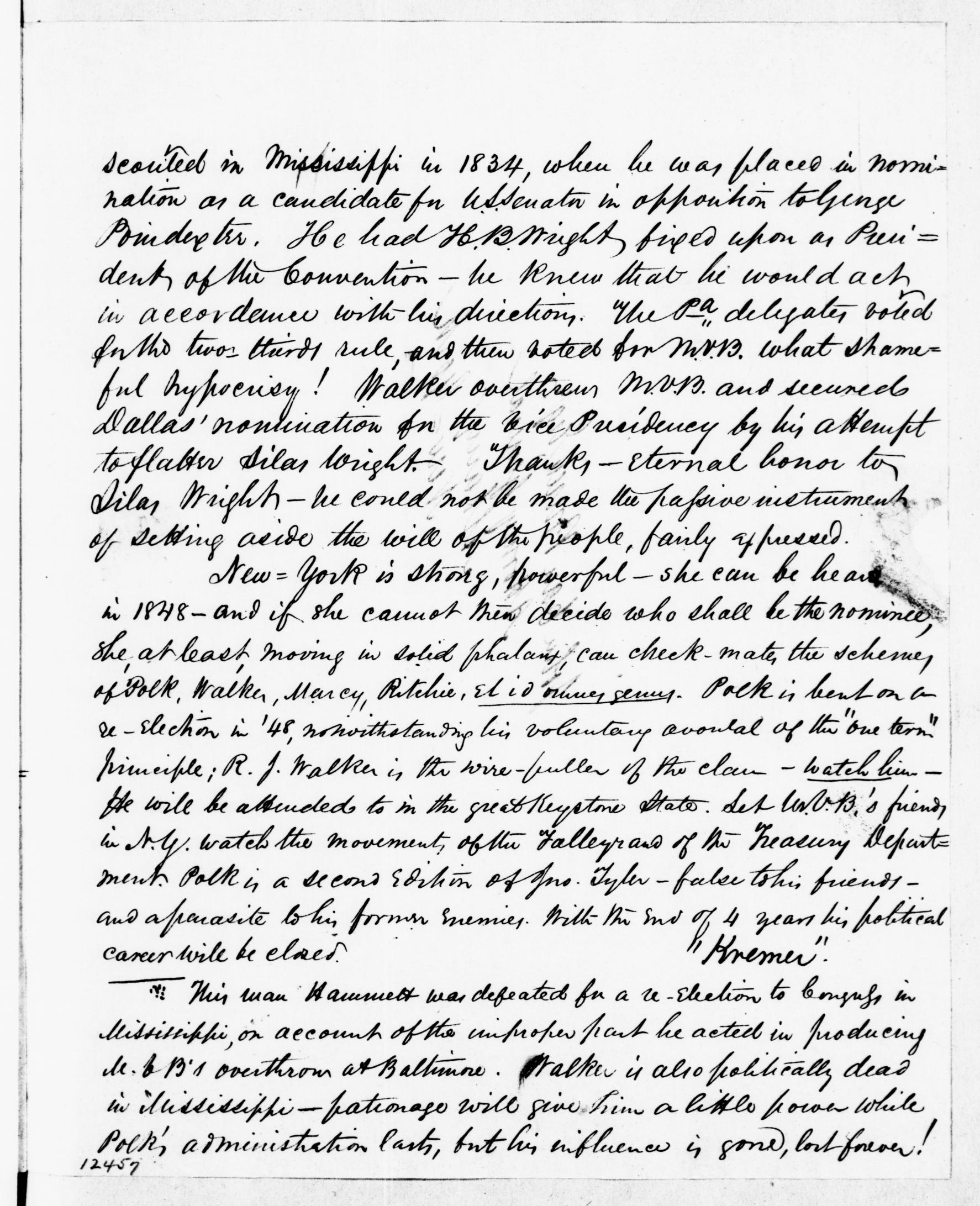 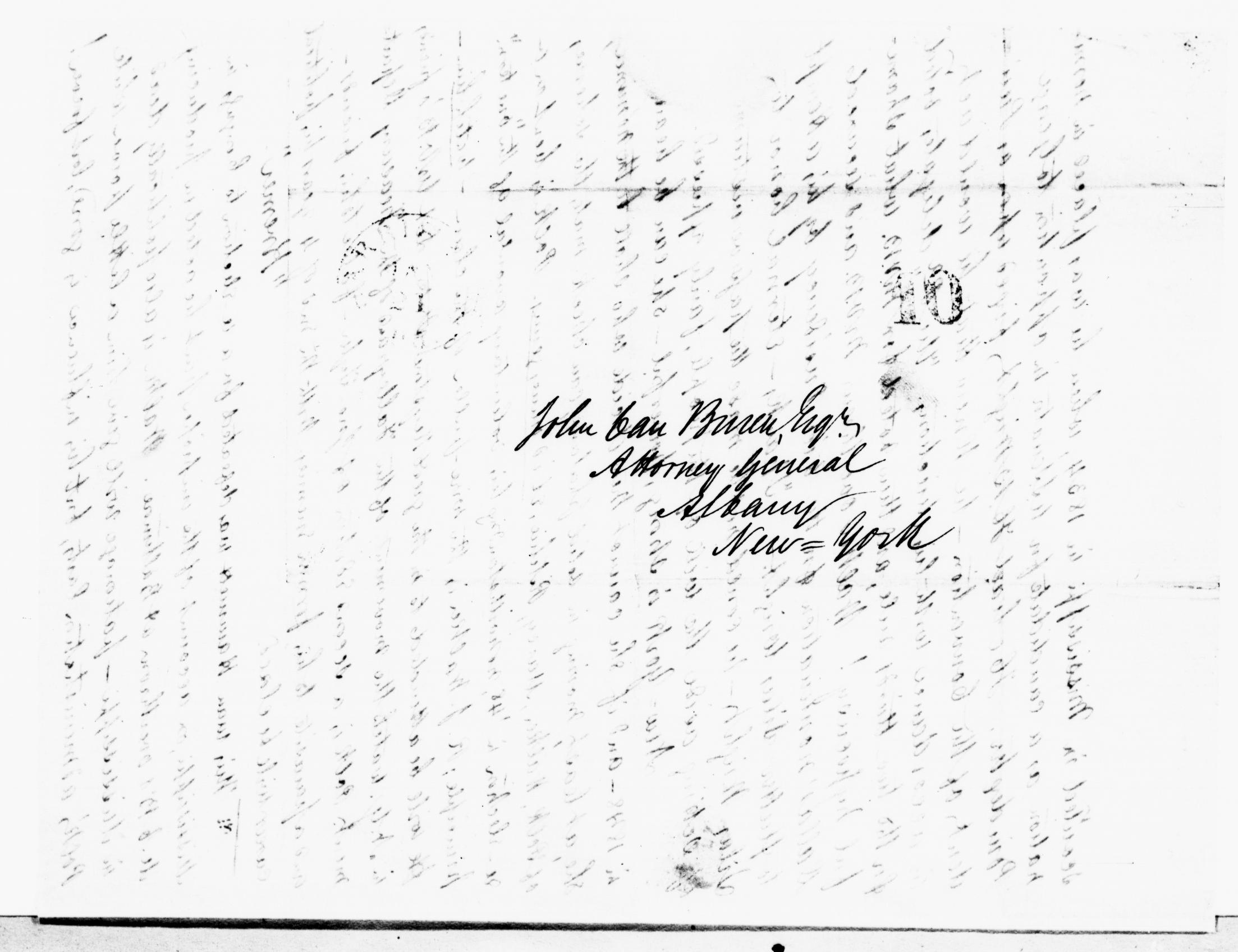