I am allowed by the Committee the pleasure of adding to their circular letter of invitation, that it is not addressed to you, as a thing of forms merely, but in the hope of inducing your personal presence, if practicable; but if not, of receiving an answer, which will express your opinions on the subjects, which. it is the object of the proposed meeting to discuss.

A committee of the Democracy of Rhode Island need not assure you, with what satisfaction and earnestness, they would have lent their aid to your support, had you received a nomination at the Baltimore Convention, for you are doubtless aware that you were their first choice, and that our delegates were instructed to vote for you as the candidate for the Presidency.

Nothing but your approbation of the proceedings of that Convention, was wanting to inspire us with a hope of the complete triumph of the Democratic party and their principles, at the next presidential election; and that approbation, which you have promptly and magnanimously yielded, while it gives you an additional claim to the respect of that party, and tho candid of all parties, throughout the Union, will be a bond of union and strength, which will nerve our arms for a successful conflict with the enemy.

Please accept assurances of respect from the Committee and from 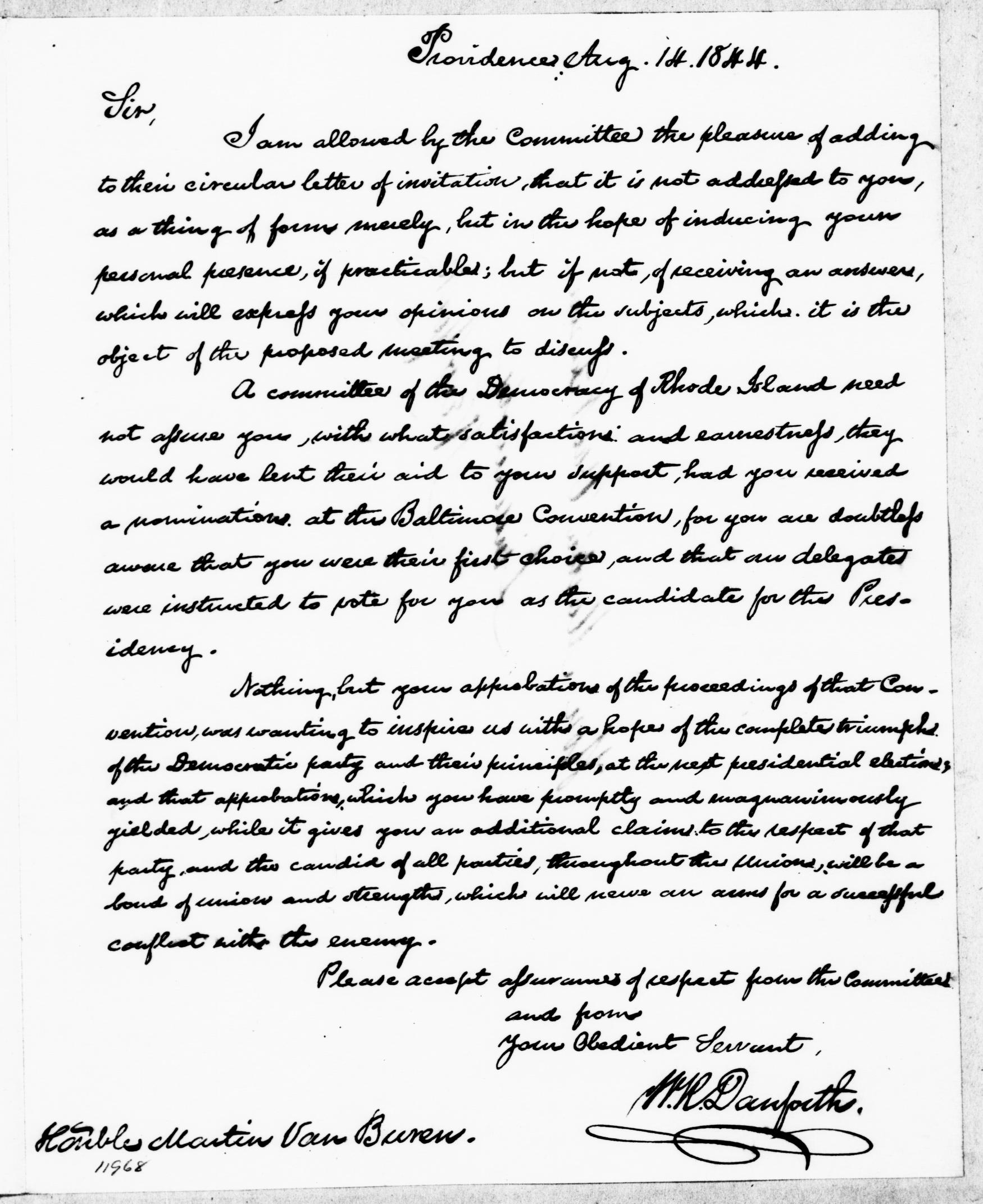 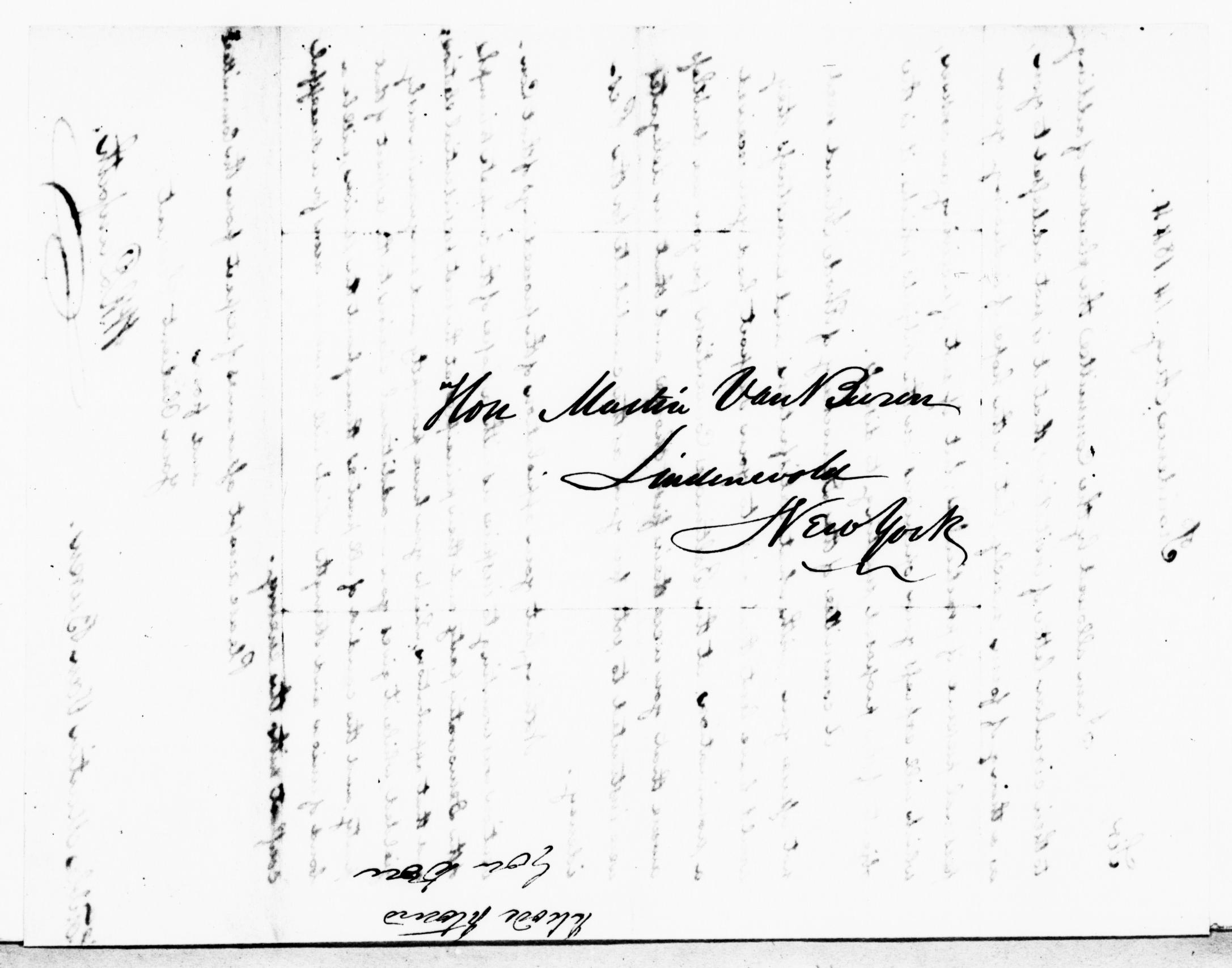