You will see from the address of our committee in respect to the mass meeting here of the 15 August next, that the idea of a southern convention or a movement to give the Texas question a menacing aspect to the Union, has been promptly repelled. I may say to you with confidence that the sentiments of the committee on this subject are those of our people and that not the slightest pretext will be afforded for the attempt of the Whigs to set this meeting down as a scheme to array the south against the north.

Polk's acceptance has just come back to us. He takes the position of a candidate with modesty: and avows the determination not to ^be^ in the field for reelection. There will then be no Texas question to disturb the harmony of our party, and if you are alive it seems to me that no consideration can restrain the manifestation which will be due to the country, more than to yourself, of gratitude for your faithful administration, and of vindication for the injustice resulting from the <scenes> of 1840.

At present the Democratic feeling here is for Texas. It will secure us this state though not without a great struggle. In my judgment the difficulties in the way of success are greater here than any where else: owing as I have always told you to the wounded pride of the people.

John Bell, Foster, & others, artful and strong men, aroused the public temper here with the idea that Genl Jackson sought to control their opinion, and their efforts have been seconded by all the appliances which money & office could control. Time is wearing out this feeling. It cannot but correct the error which has prevailed in respect to yourself, and bring about that measure of justice to which I have referred as due to themselves more than to you.

You will have received before this reaches you an invitation to our mass meeting. It is too much for us to expect your attendance, but I trust you will induce some of your most confidential and reliable friends to visit us. We want your aid in the formation and control of the enthusiasm which is to run Clay off the track. Write to us a cheering letter, and depend upon it there is a providence in the circumstances which brought about the nomination of Polk that will punish those who have been treacherous to Republicanism, and reward the faithful and true.

I hope to see you as stated before about the close of August. 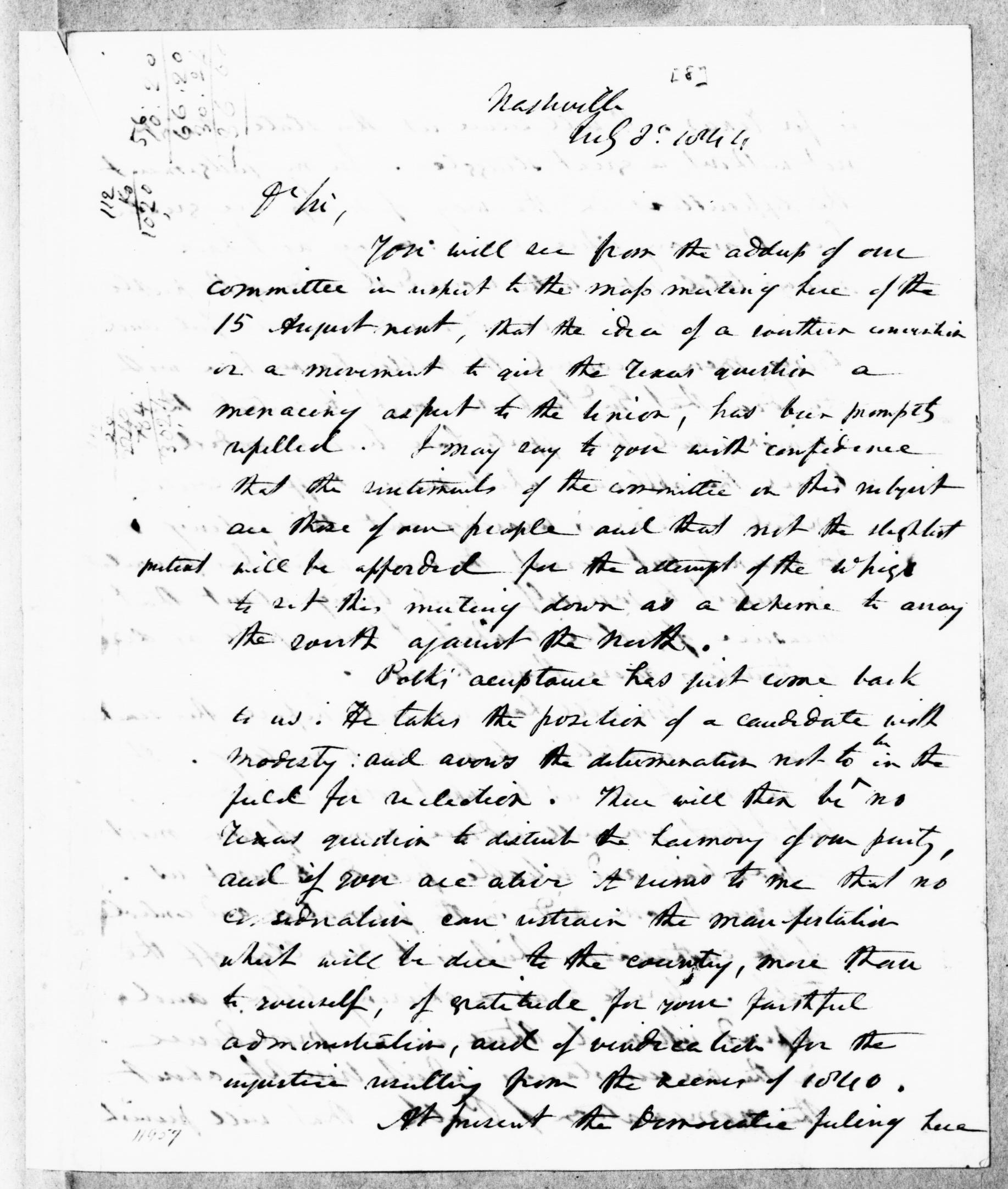 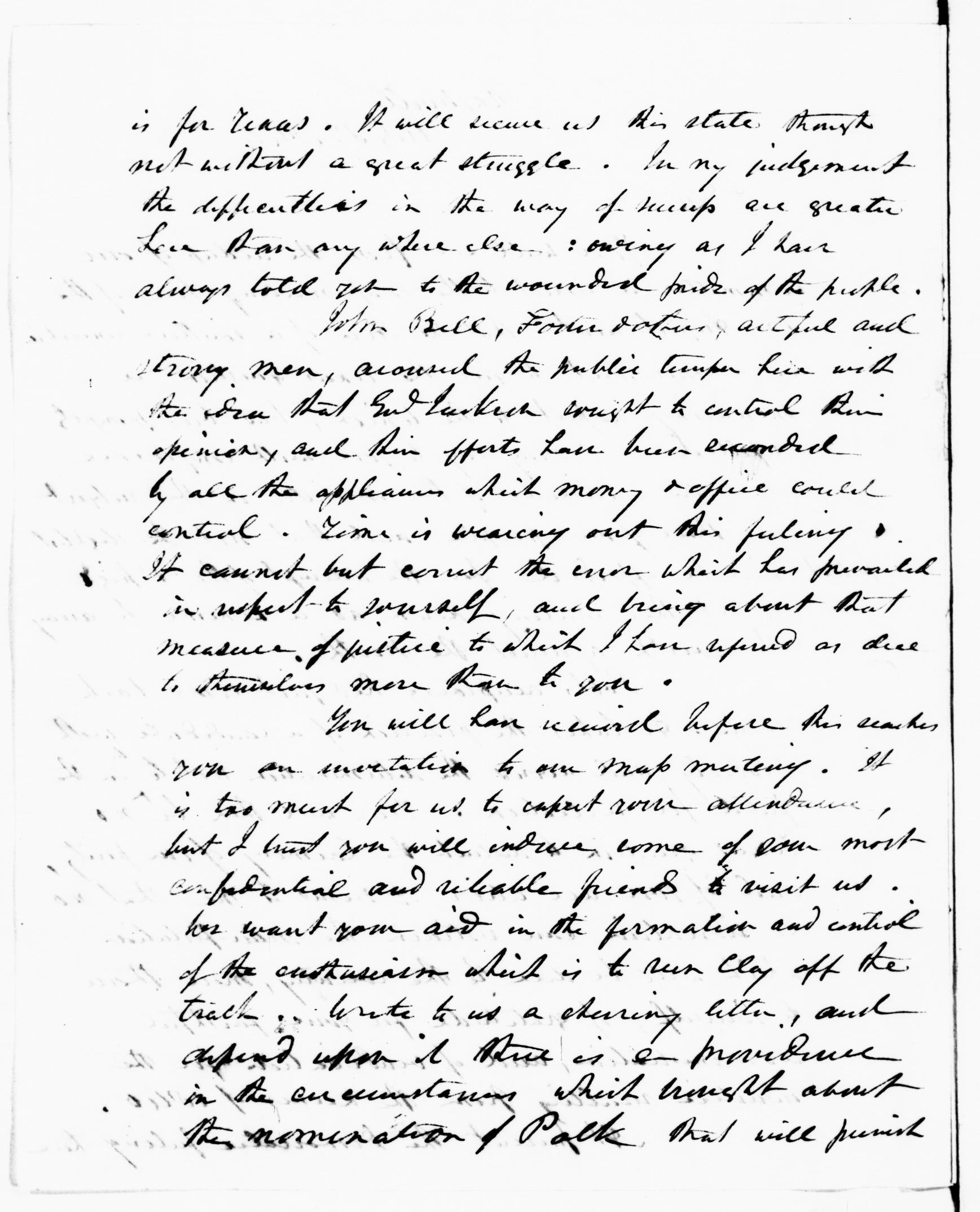 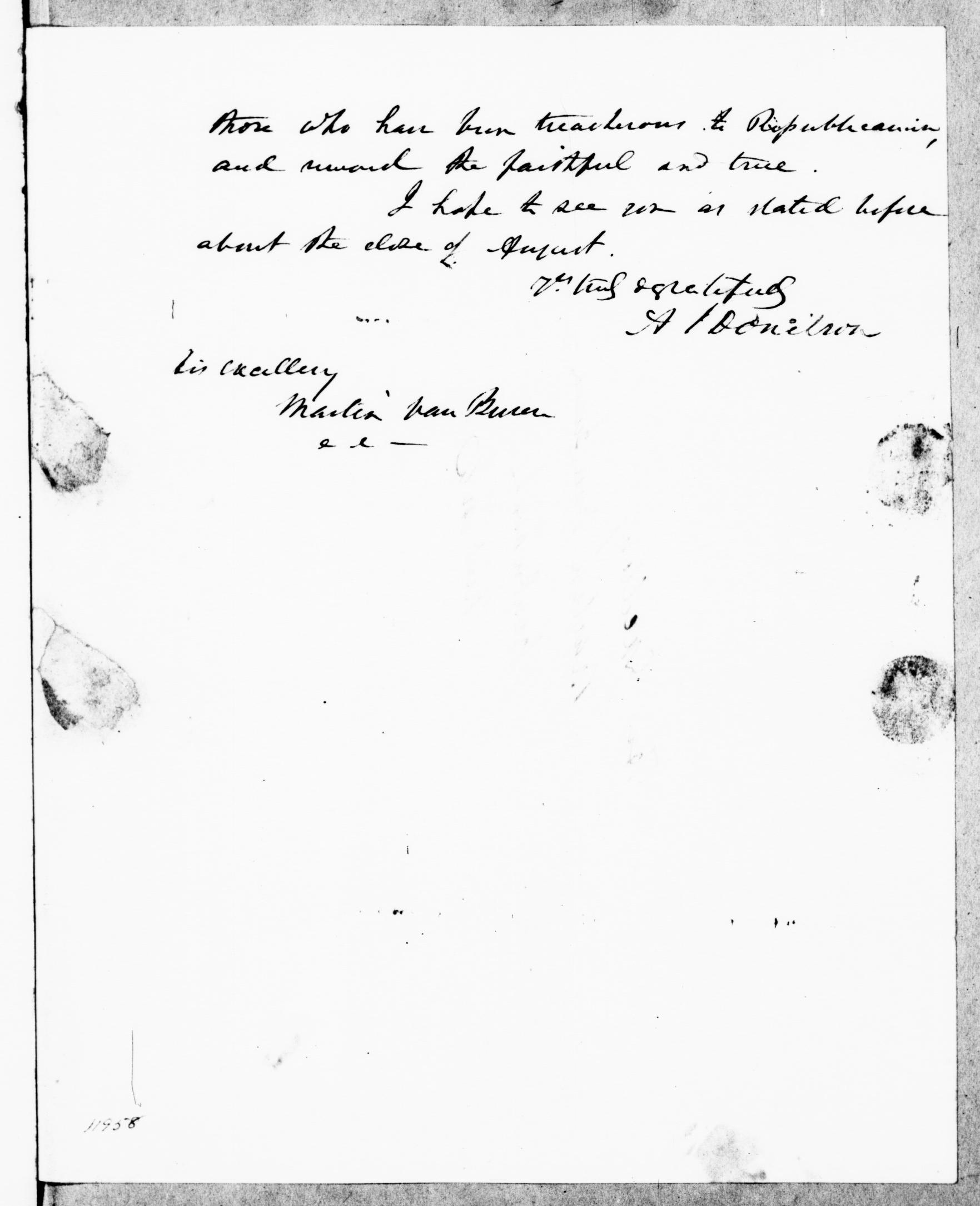 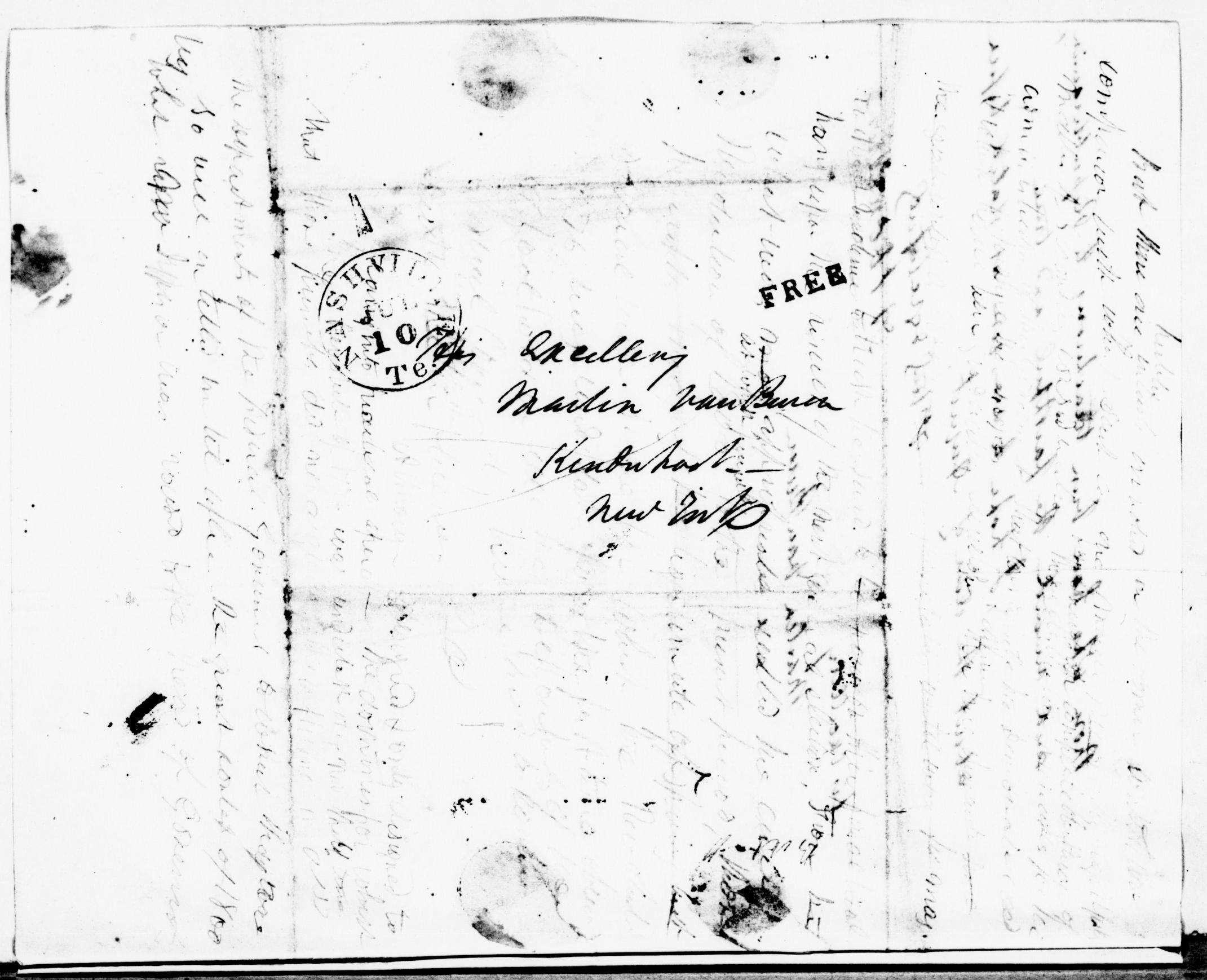