I was strongly in hopes of seeing you at Lindenwold—having determined to visit you on my route out west via Buffalo but have been detained by private affairs too long at Washington. That I must now wind my way westward as fast as I can.

I had much to say to you relative to the "open day - and midnight transactions" at Baltimore, having been a witness of most of the actings and doings there, though as you may well believe, no participation in them. Nothing but a personal interview would enable me to explain all to you. The finale of that Convention originated elsewhere than Baltimore as you are no doubt ere this apprised—but the deed is consummated—and we must be content

To the nomination there made, I feel bound to give my warm and ardent support—and shall do so—having pledged myself to abide the nomination of that Convention. I most sincerely desired—and hoped for—another result to our deliberations. But so it is—and it is not for me now to complain—although those who produced—or aided in producing the result did so, in opposition to a cardinal maxim of the democratic party "that the majority should govern" The Texain question was all a humbug. It afforded an opportunity however to the malcontents to do what they had already determined on—producing division and discontent and making this the pretext for their apostacy.

I have been sadly disappointed and mortified at the result—but so it is—and we must now strain every nerve for the contest. We shall have no holy day <pastime> the <endless> Summer—blows must be given—and received—and in the thickest of the Meléé I shall be found. Success to the democratic cause—and the entire prostration and defeat of Whiggery and its leaders—is the banner under which I shall fight—and although I should have preferred another standard bearer—I shall not on that account, fail to perform the duties of a good soldier

With my sincere wishes—and earnest prayer for your health and happiness—I subscribe myself now as ever.

P.S. I leave for the west via Pittsburgh in a few days. You have no doubt seen Howards nomination as Chargé to Texas, from John Tyler!!! 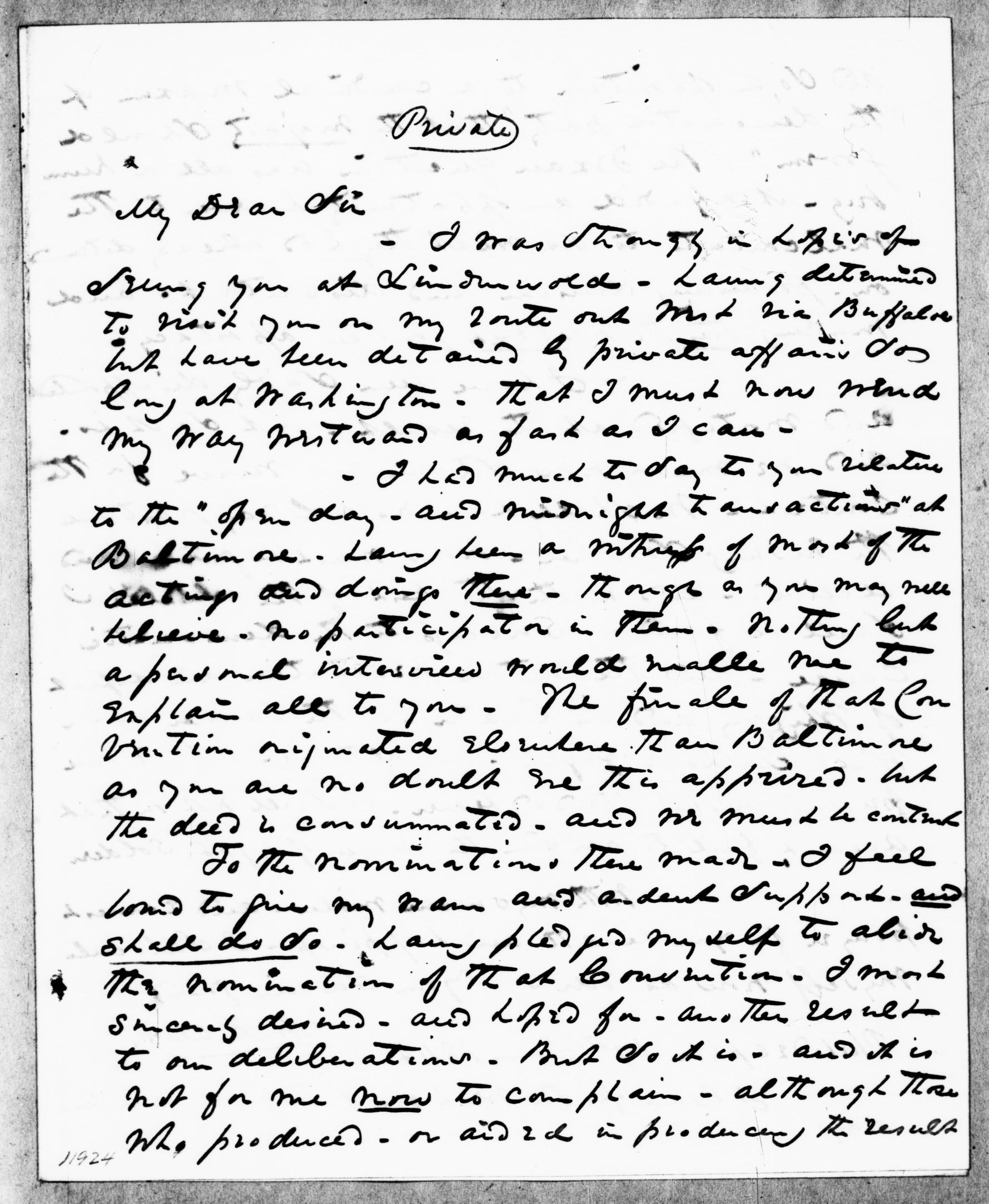 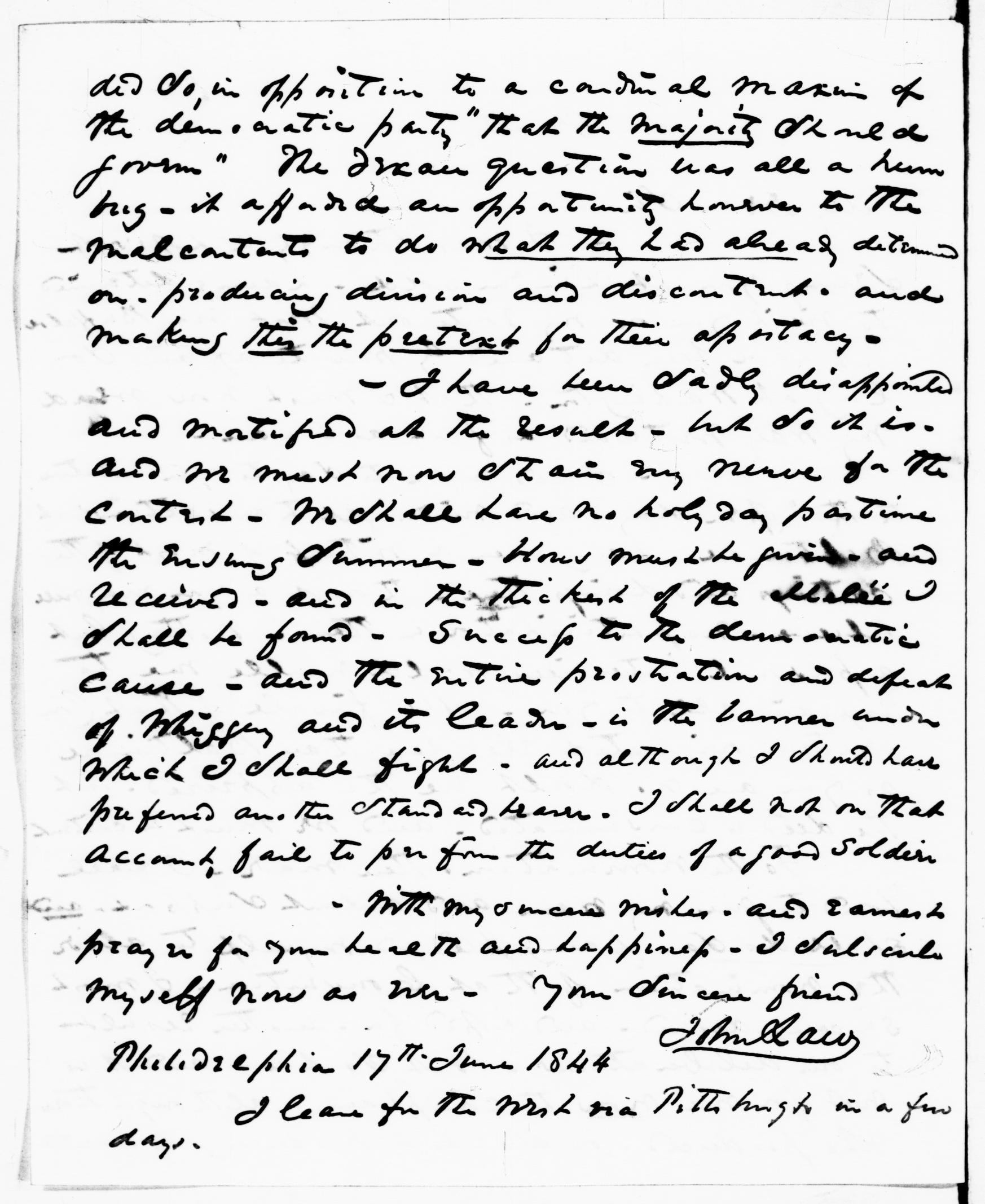 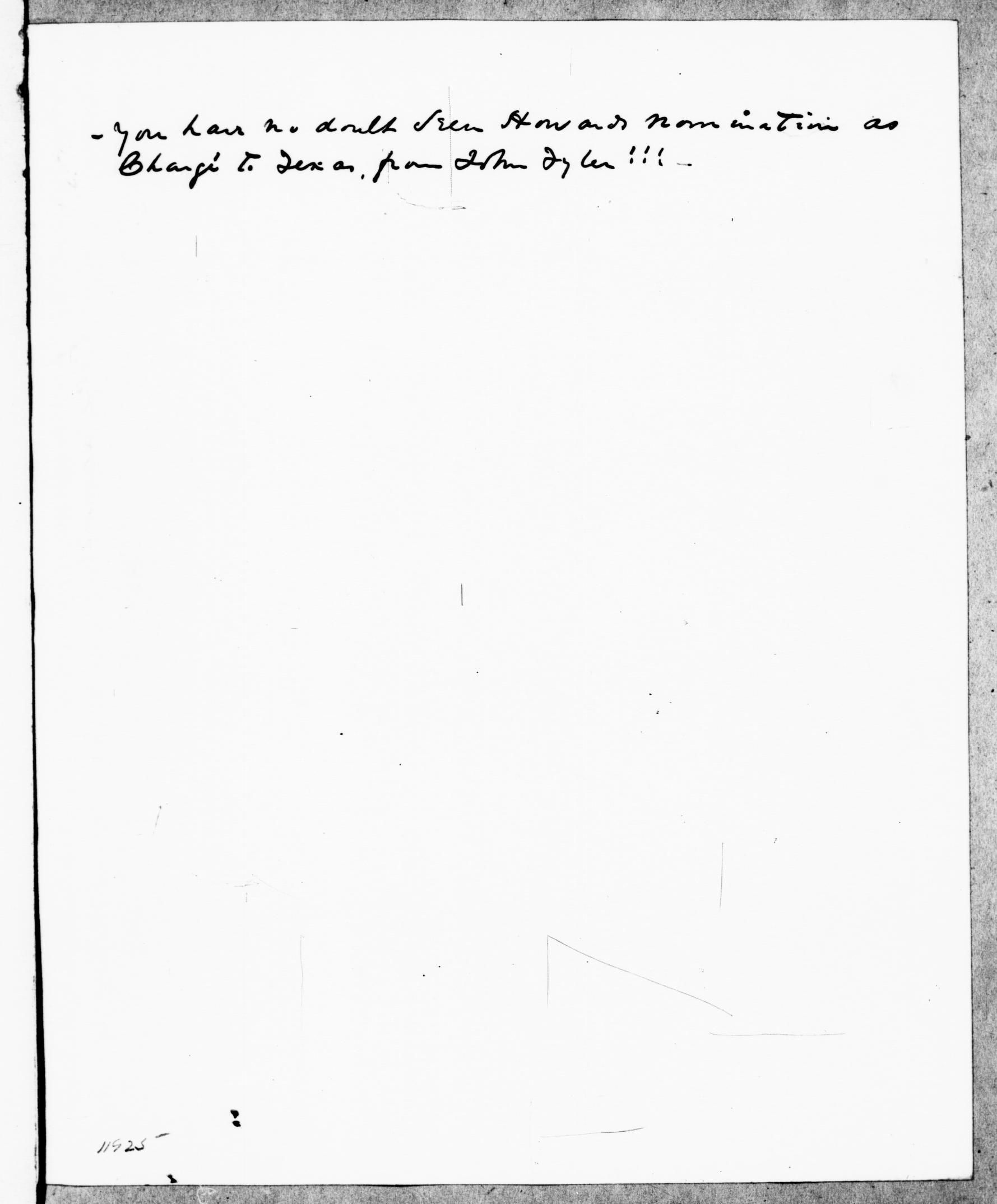 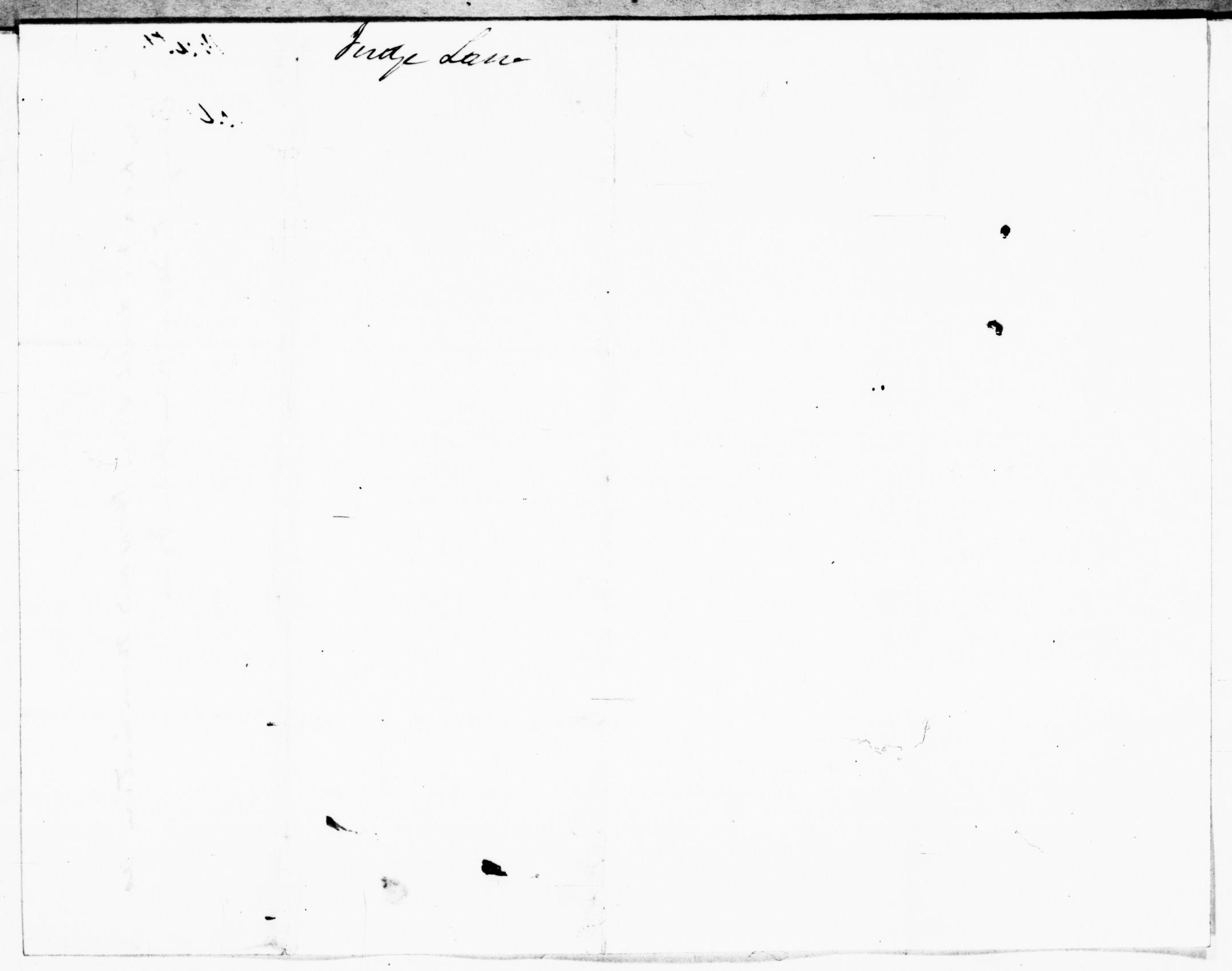