I have not written to you, since the action of the National convention, for many reasons, which it may not be useful to communicate, and especially as the most important one is mere laziness, a perfect <illegible> of feelings, producing an <illegible> indisposition towards labour of any kind.

I had endeavored, as far as I thought appearances authorised it, to prepare you for the result, which has been experienced. And I have felt convinced that you will not have met deep surprise at it, however much you may have experienced from witnessing the course of some individuals.

On the Saturday before the convention met, I was prepared for any result, and for any course on the part of all who have contributed to it. I did not lack for faith and fidelity out of Maine, New Hampshire, New York, Ohio and Missouri, among the democratic states, or those which claim to be such, and from them, so far as I have yet <learned> the history, all was realized which could have been expected.

After Tuesday night, I did not wish your nomination, and my only difficulty was how we were to retreat with honors. A way was opened and, as it appears to me, most opportunely and fortunately improved. Here you will see I have had no hypochandria on your account, during all the period I have named. I became perfectly satisfied, by the two days' proceedings, that the desperation of the principal agents was such, and their public commitments such, that, if you were nominated, they would do all in their power to defeat you, in self justification, and <illegible> my desire for that result was at an end.

So far as your position has been <involved>, I think our principles, our <favor>, our character, as individuals, as a party, and as a state, have benn perfectly preserved, and that we are, to a very great extent, relieved from the further responsibilities of a very doubtful Contest.

As to my own most sudden and unexpected participation in the affair as a candidate I do not wish to trouble you now. I only wish you to believe that I did not act in haste, as under passion, though I acted suddenly. To show you the feelings which dictated my course, I send you a very hasty note from Gilpin, which you will see was written from Baltimore, after my answer had reached them. It is much too flattering, but based upon the right feeling. My correspondence is, of course, various and assuming. By the mail of the morning I get one letter congratulating me, and assuring me of my election, one abusing me very severly for accepting, and one mourning deeply over my declination. All this will come right very soon.

You will see that we adjourn on the 17th. We shall probably leave here on the 18th, and, after a short stay in the City, make our way up the River. If you are to be at home, I shall desire to see you and talk over byegones, and Mrs. W. and myself have thought of trying so to arrange our journey as to reach you on Friday or Saturday, and spend the Sabbath (22nd) with you. Please say if that will be perfectly agreeable, as we can just as well make our visit at Albany first, if a later day will suit you better.

Mrs. W. joins me in the kindest regards to yourself, Mrs. Van Buren, the Majors, the Doctor, and love to Master Singleton. 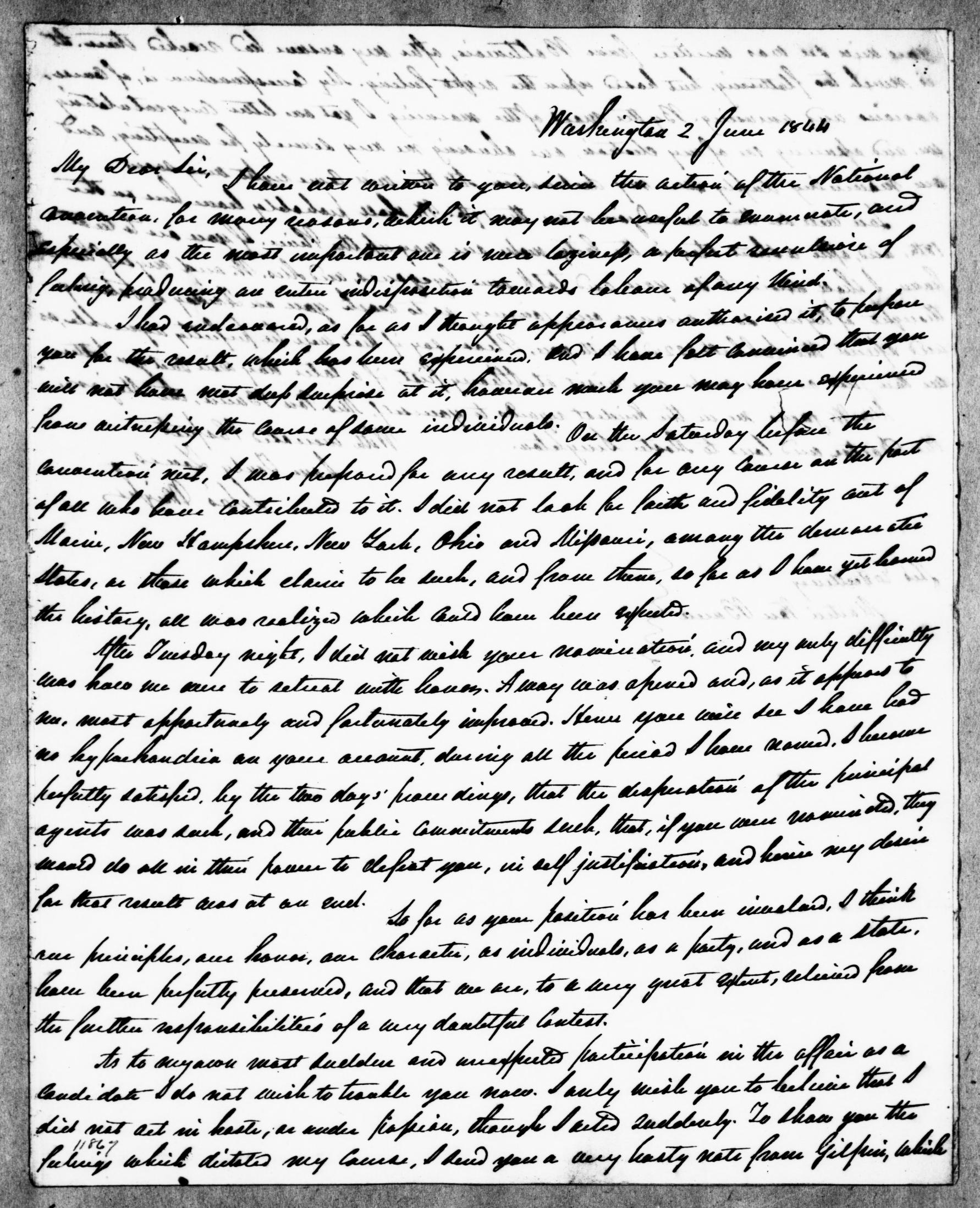 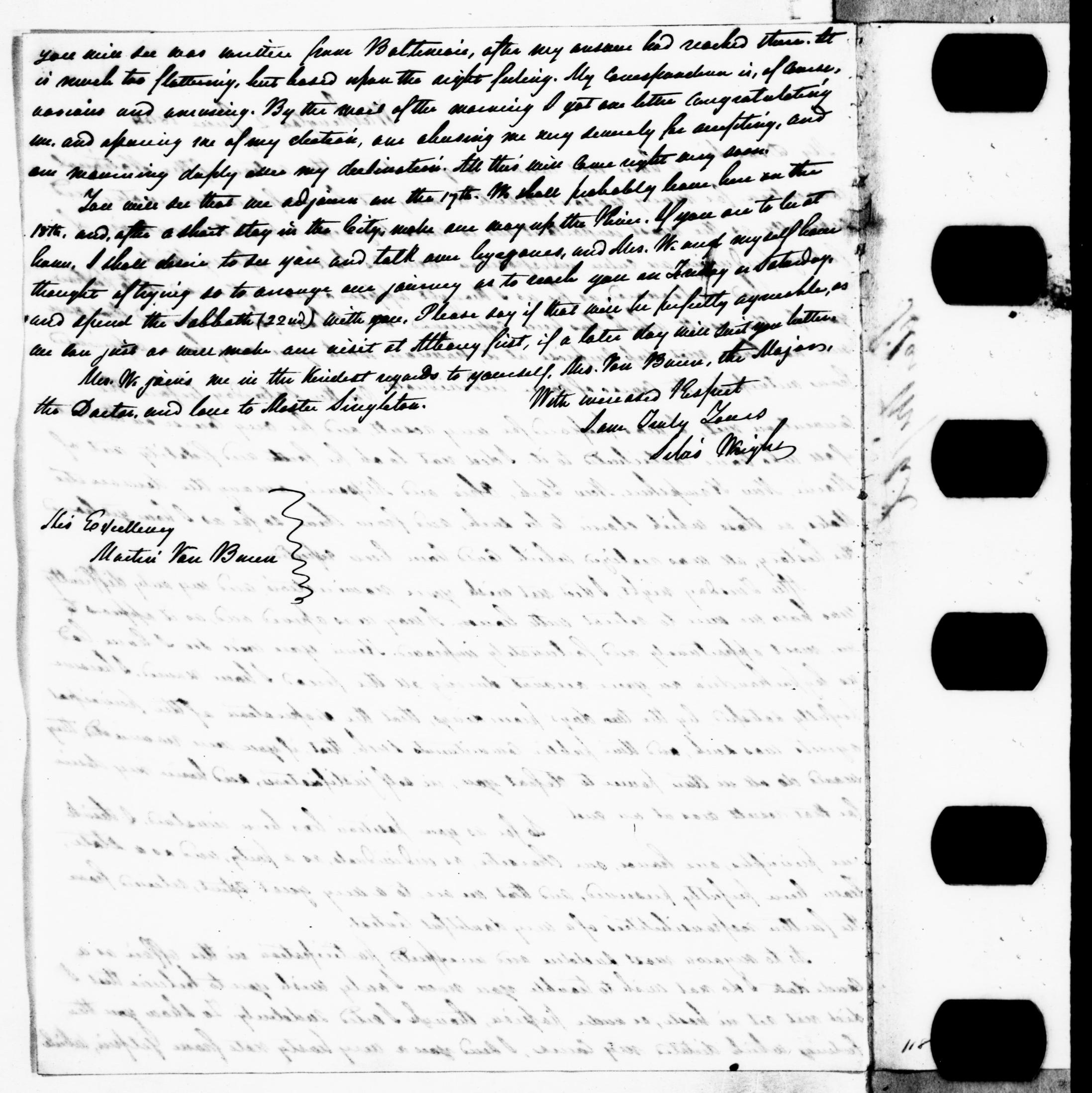 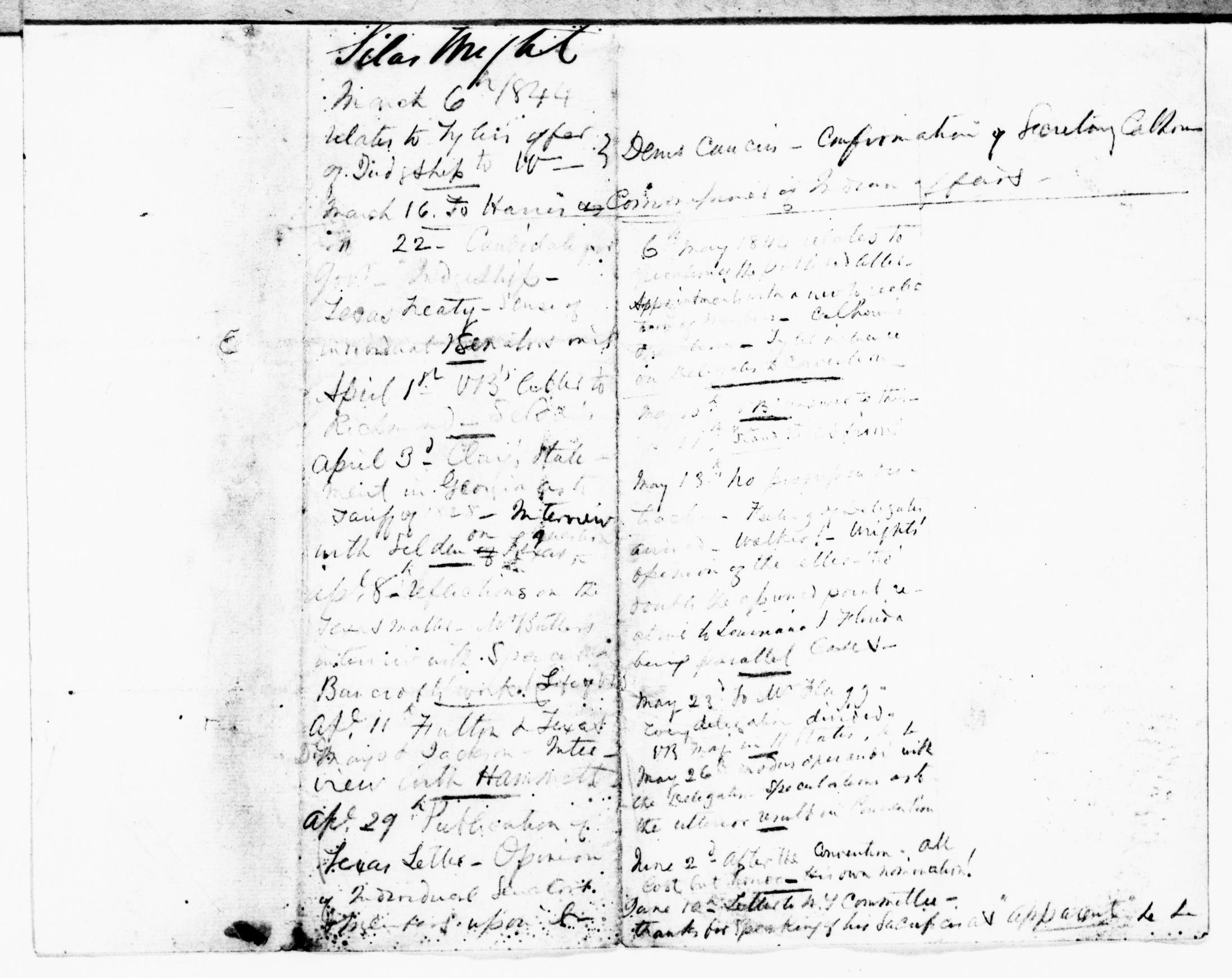