The enclosed were recd this morning. Mr. Wrights previous letter of the 22d said—“It is not my object to alarm you, but I begin to think it quite doubtful whether Mr. V.B. will be nominated. If the delegates had gone directly ^from their homes^ to Baltimore, I think a large majority would have been for him, but already the states of Michigan, Indiana, and Illinois are said, and I believe too truly, have been taken over here.”

This item I communicated to no one.

The letter of Gov. Whitcomb, enclosed in Mr. Wright's of the 23d says—“The political signs here are favorable, and if Mr. VanBuren receives the nomination, of which I suppose there is little doubt, the democracy of Ind'a will support him with great unanimity.”

And yet the members from that state are acting like mad men, and the delegates are wavering.

Our own delegates had a good attendance on the 23d, and I learn were entirely unanimous and will present a firm, undivided front and ^at^ Baltimore.

Capt. Tyler is determined to be a candidate as is evident from the Madisonian and from other representations. 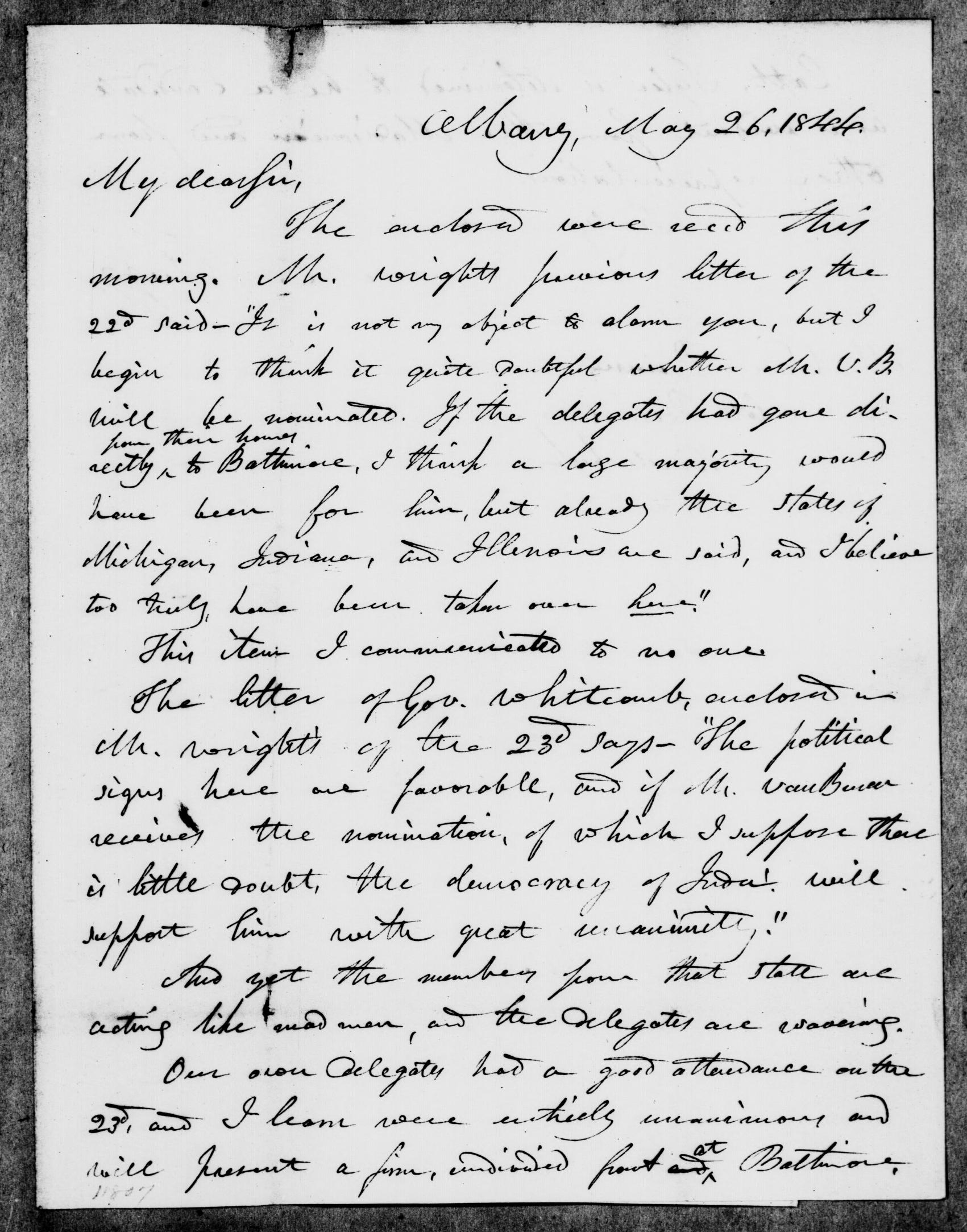 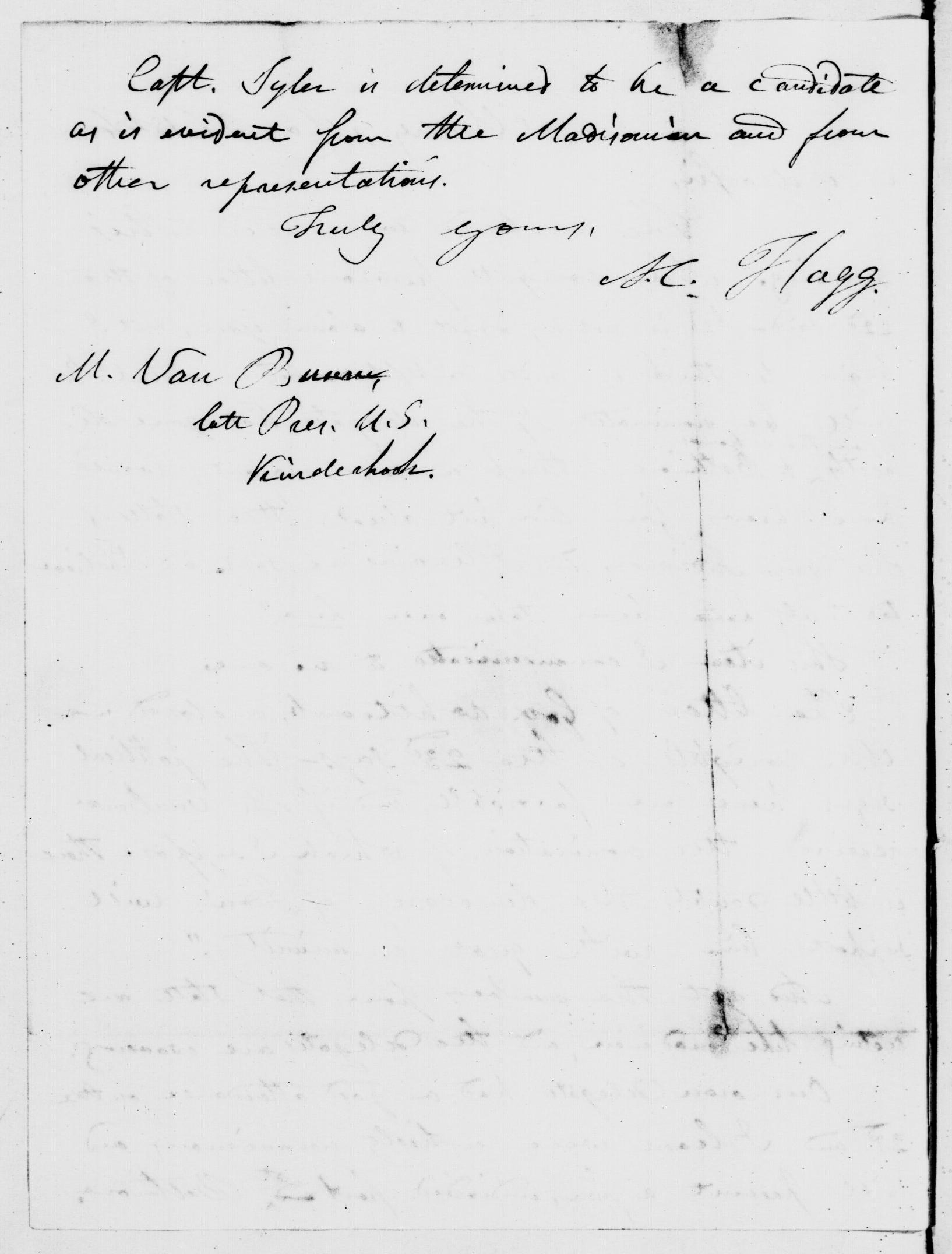