My engagements in the Sup Court, yet detain me here, and as the delegates are beginning to arrive, it would not do for me to be <about>, even if not confined as I am. I have see Fine, Church & Tillinghast–all sound & decided. The former has gone to Washington.

You will have seen, I heard, by the newspapers & otherwise, how deep laid and profligate ^are^ the plots at Washington. The enclosed letter of Mr. Wright gives you, what doubtless he has expressed directly to yourself; his feelings on the existing state of things. Most I wish I could say all, of our friends will in the Convention, will concur in his noble sentiment–defeat rather than <disgress>. Still we are pledged to support the candidate of the Convention, and if the ^a^ nomination be <illegible> fairly made, as regards the <illegible> the body apparent to public view, we must honestly fulfill this pledge, even though it should not be of the individual we prefer. But suppose a nomination be made, by under circumstances which make it evident, that delegates have violated instructions, how far will it bind them who have honestly obeyed instructions? It is easy to see, that <illegible> may possibly arise in which this question must be met.

One of our delegates remarked to me, that the N. Y. delegation ought to be prepared, in the event of you not being having a majority on the first ballot, to withdraw your name; that we shld. not suffer it (to use his expression) “to go a begging before the Convention.” I agreed to the <illegible> sentiment, but as to the proposal told him it wd. require great <consideration>, and must obviously depend on ^all the^ circumstances; as they might be exist at the time:–that your name had been presented by the People not with any view to your personal feelings, but as an act of duty & interest as it respected themselves, and that that in the same spirit we should use it at Balto. If his general character & other declarations did not preclude the idea. I should have suspected some disaffection, but I believe he was prompted by an honest indignation at the plots of the intriguers, and an equally honest desire to protect your <illegible> fame & self respect, though I think he was mistaken in supposing that either wd. be injured by any adherence to your name which the true men @ the Convention may think it right to manifest.

If you have any suggestion to make and do not choose to write, <illegible> the major may communicate to me by letter, or with me, personally, by coming here. But I shall leave town for Pha on Friday afternoon–at 5 –and go to Balto the next day. This will give me Saturday p.m. & evening, there.

With my best regards to your family, and my love to my dear Mary, who I trust is gaining health, I am, as always,

P.S. I have not time to express my _________ at Cass' letter, nor at the <illegible> exhibitions of folly & malevolence perpetrated by men <illegible> wielding, or aspiring to wield, the destinies of the nation. Every new development increases the turpitude of the Tyler administration, and gives new proof that the great man of the South (who I suppose is now head of the <illegible> in Jn. Tyler's cabinet) is less of a statesman, & far more reckless, that we ever supposed him to be. 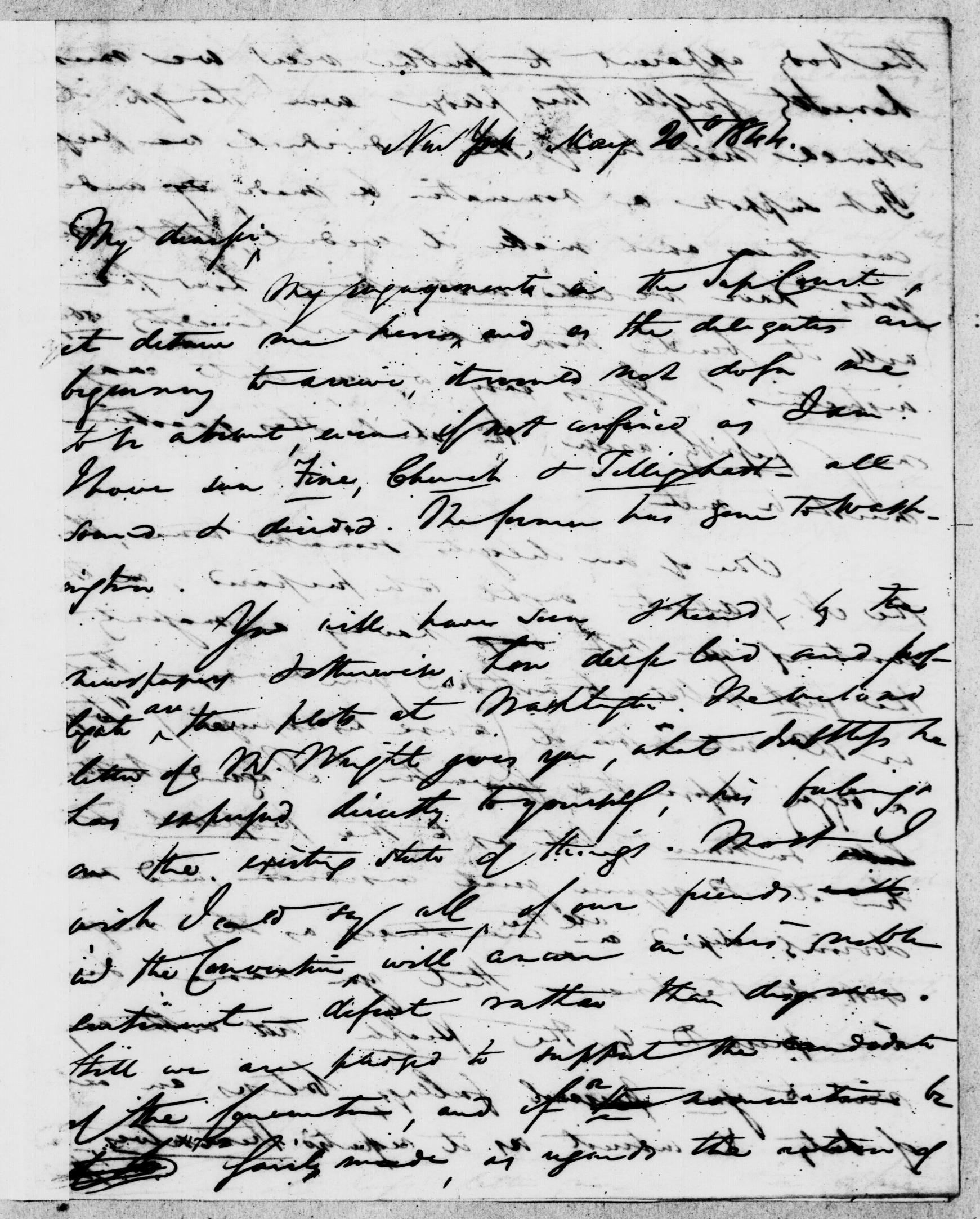 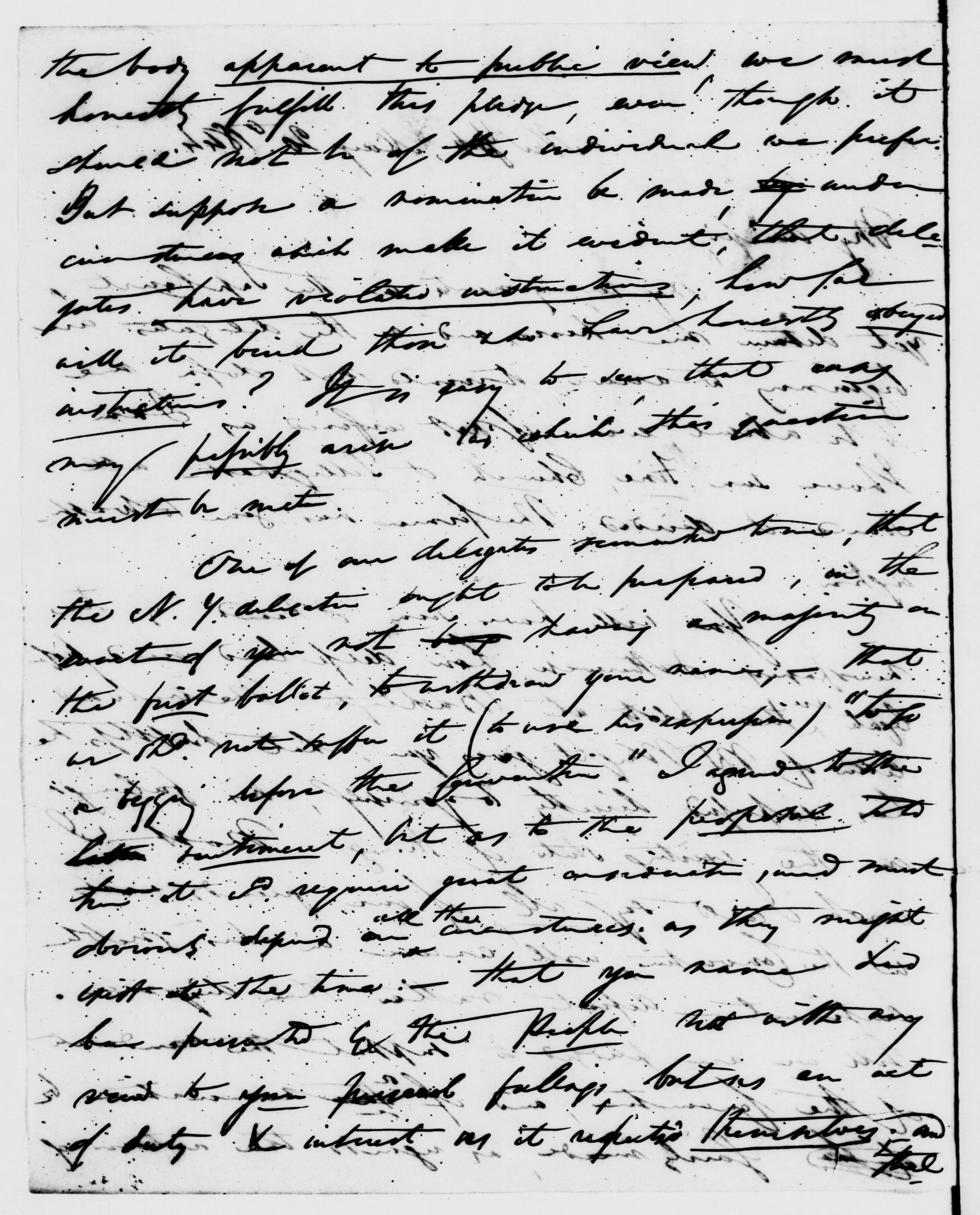 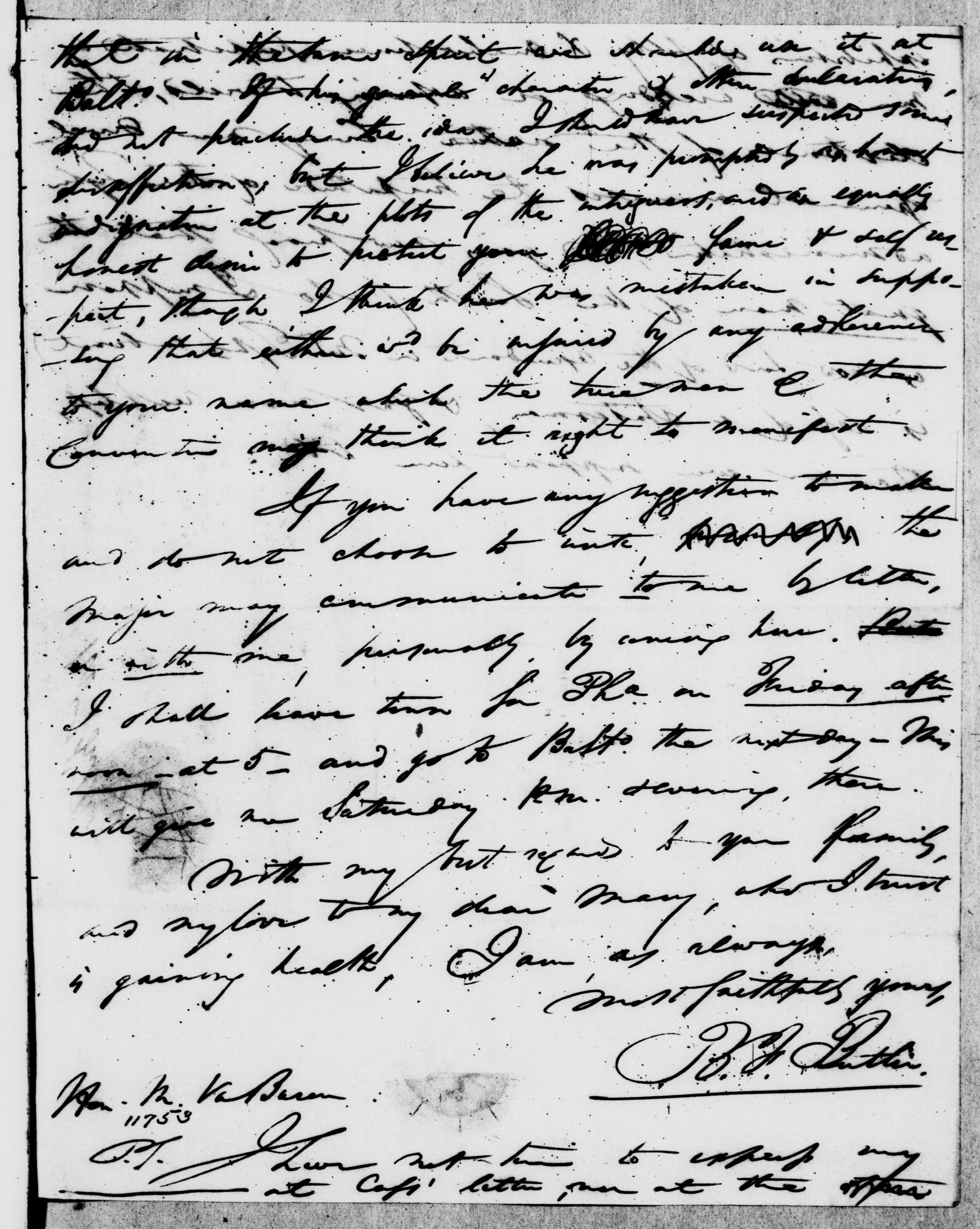 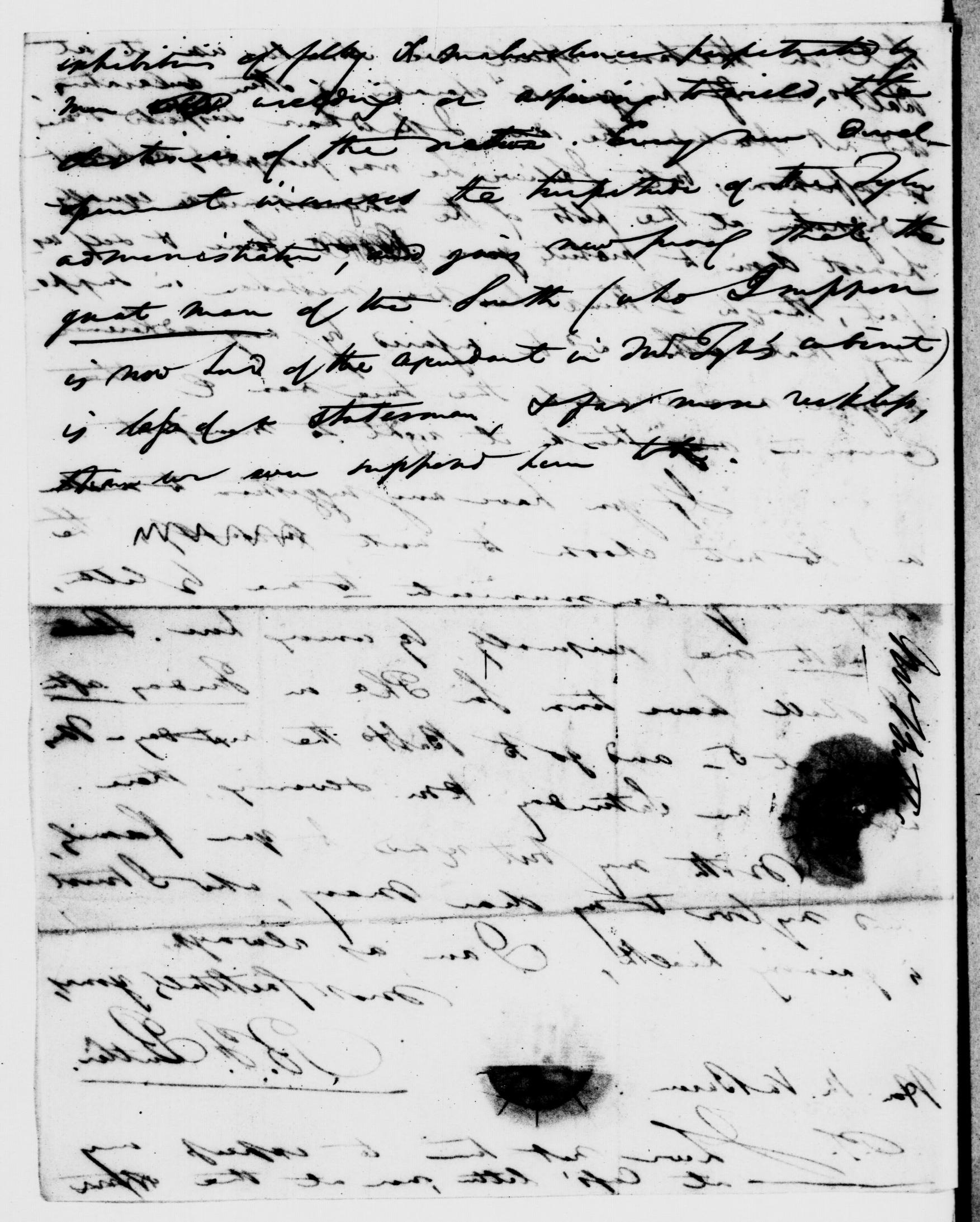