While writing a short address today for our Democratic Association the idea occurred to me which is embraced in the inclosed note. Judge for yourself whether it is expedient to make any reply to it, or what use shall be made of it, if you make any. Without much time for reflection, I believe an affirmative reply would disarm those who are using your <former> letter against you and that nothing but something of the kind will. Heretofore those who wished to supersede you, have had no popular elements to work with and they were powerless; it is not so now. But deprive them of this element and they are again powerless.

I have seen several of the delegates to the National convention from Alabama, Mississippi and Kentucky. Except from the last state, they were all elected to vote for you and will all vote against you. Ky. was for you, second choice, but now against you.

At the request of Tibbatts from Ky. I prepared resolutions for him in reference to the immediate annexation of Texas and the occupation of Oregon. The foreigner aspect of this combination is a little startling, and to break the force of the impression, I have proposed to present the two measures as simply the reacquisition and occupation of territory originally acquired by the purchase of Louisiana.

Gen. Jackson has written a letter to Maj. Lewis stating that he cannot view any Senator as a true friend of his country who votes against the Texas Treaty. They say its contents have not transpired in a very honorable way.

Gen. Cass has written a letter going the whole for annexation, besides two or three going half.

Without time to say more I remain 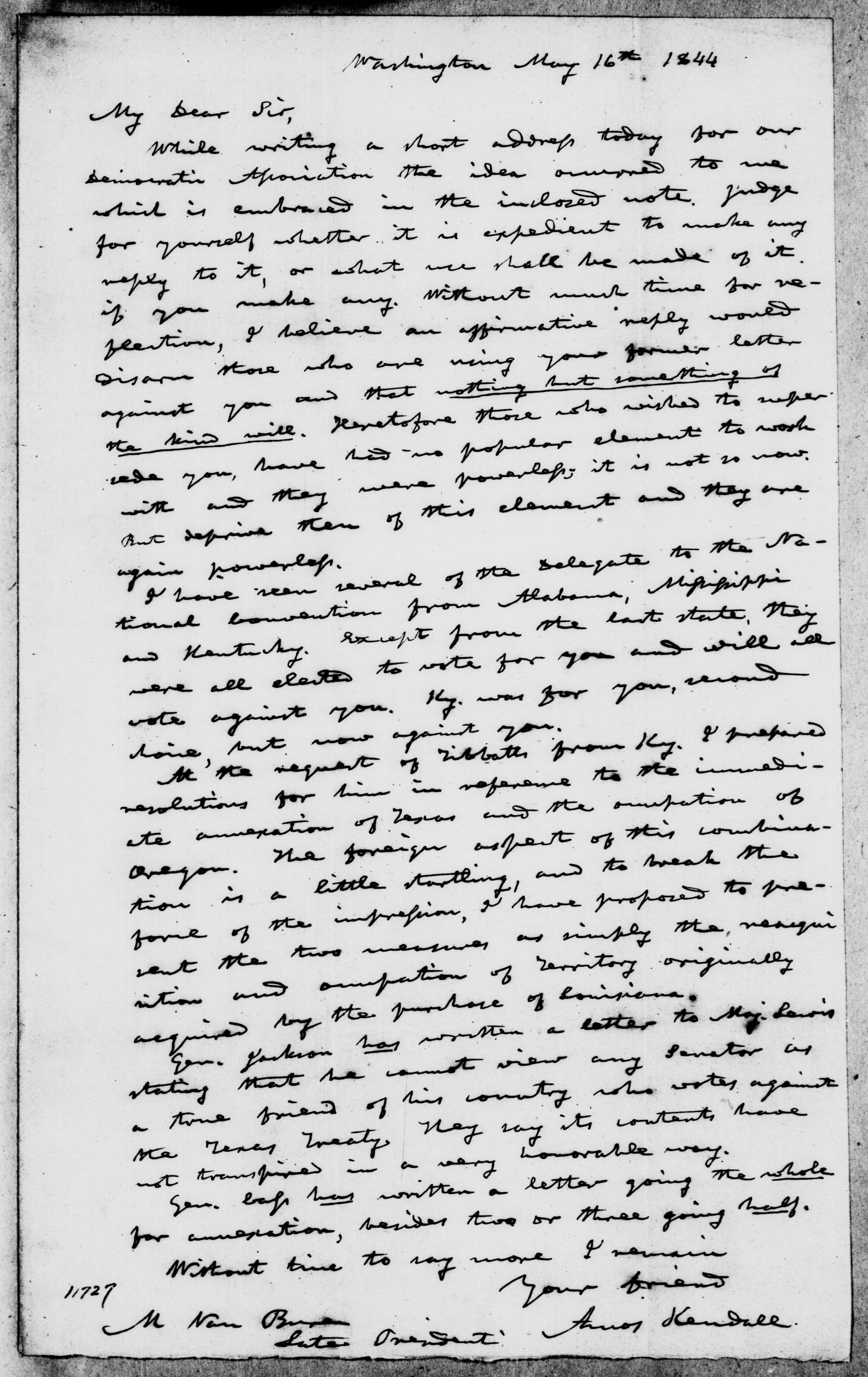