So far as the result of the Presidential election shall be affected by the result of the election in this state I can not believe there is any just ground of alarm. I can not and will not believe that the Democratic party are so senseless as to be operated on by the cry of there originating solely from their opponents that their candidate is unpopular. If a man whose talents are admitted to render competent to render him fit for a given office, whose private character is admitted to be without a blemish, whose manners are conceded to be urbane & captivating and whose principles are admitted in perfect consonance with the whole of his party can be broken down by the a charge of the adverse party that he is unpopular without daring to state a single reason why he is unpopular I should not give a <illegible> for our civil Institutions. It is not so–and you will er'e long witness our indignant re-action. I hope and trust that the rumors about you withdrawing from the canvass are wholly without foundation.

I am at a loss whether Mr Calhoun is covertly favoring the getting up of a Tyler Convention.

The attempt to weaken your movement in St. Lawrence County in favor of Mr Cass was I imagine produced by the Dotys, Baron S. & James D. of Wisconsin. Men who long lived on your favor. Such alas is the depravity of some portion of human nature.

I will not like old Jackson Falstaff ask “Is there no virtue extant?” but I will say and yet believe there is much virtue and patriotism in existence. 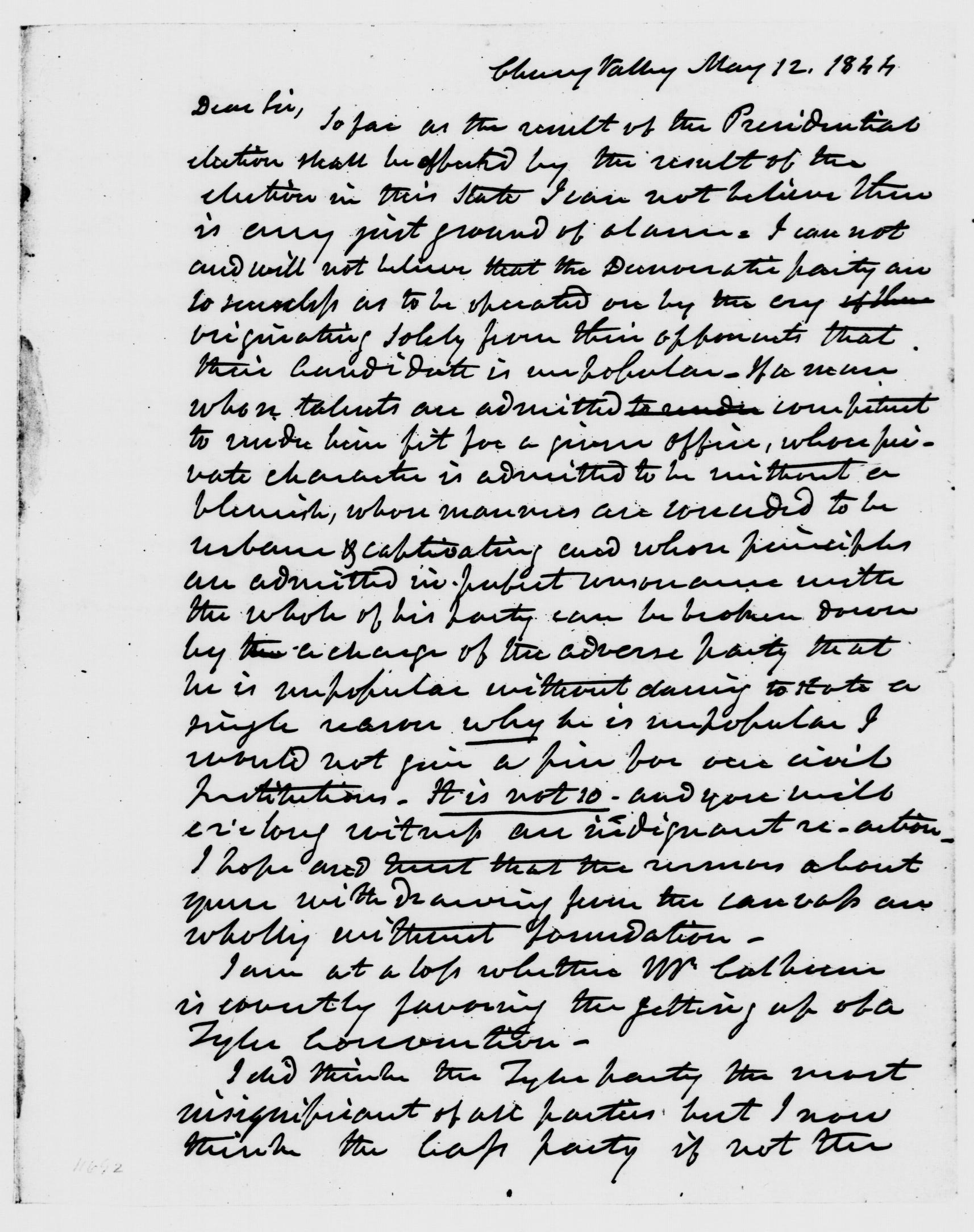 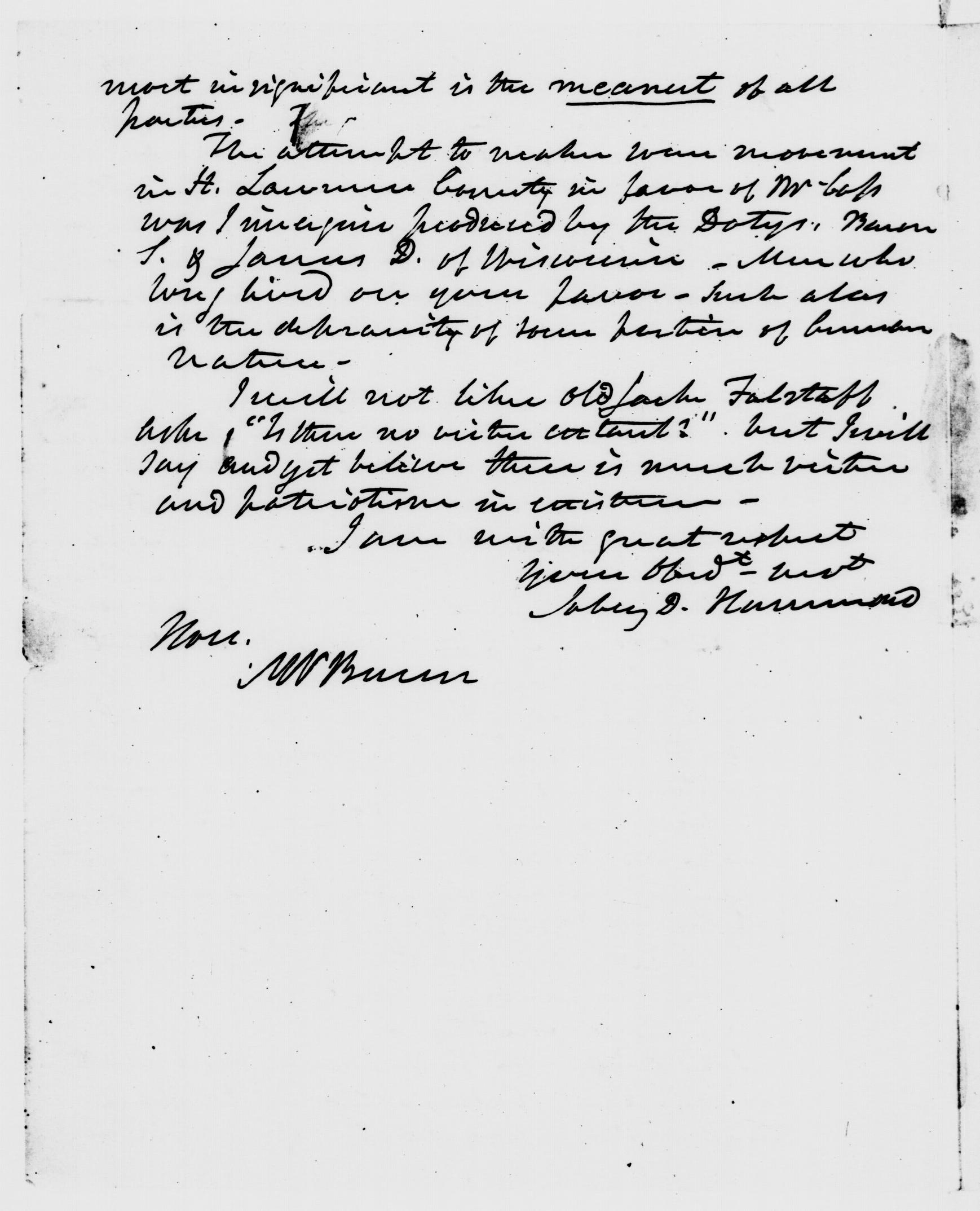 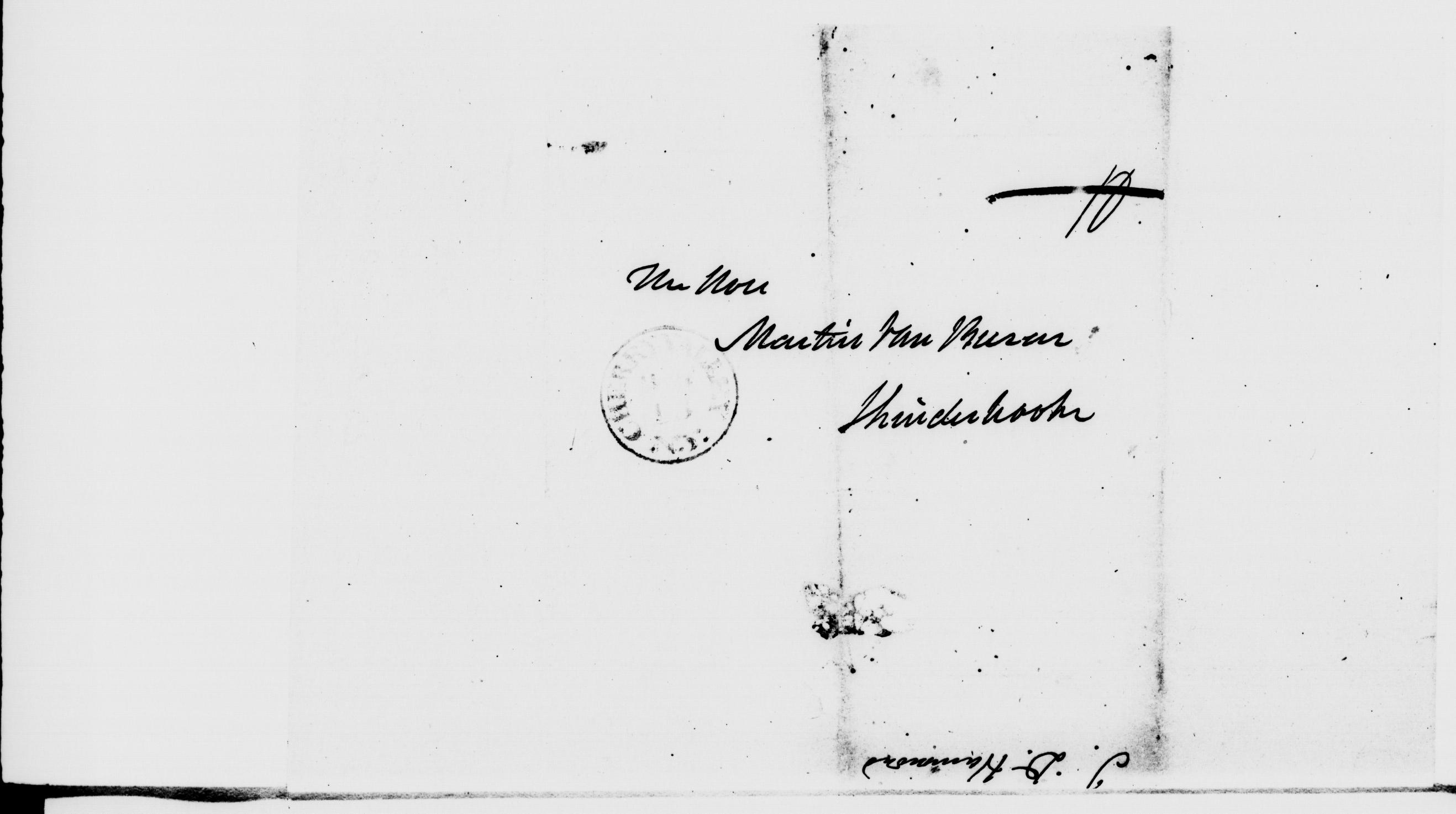