The 5th and part of the 6th Chapters came to hand this morning, and I gave Smith one of the copies for you. The residue will be here by Pomeroy's Express this evening.

Mr. Bockee has got up an address which as far as I can learn is unexceptionable. The committee of the assembly have not been equally successful yet in regard to the resolutions: The opponents of the Gov. are not ready to endorse him, and his friends insist on an endorsement: on this point all appearances are adverse to harmonizing. A few men in each section are unreasonably pertinacious. The emissaries of discord outnumber the peace makers, two to one; the gov. would stand better if he would say to his friends that his name should not be used as an apple of discord in the caucus: This would leave his opponents no pretence for cavil; and some of them seem willing to have a pretence, and really deprecate harmony, except on their own terms. And on the other side there is a mischievous set who have said that the radicals should swallow a hard dose or both. 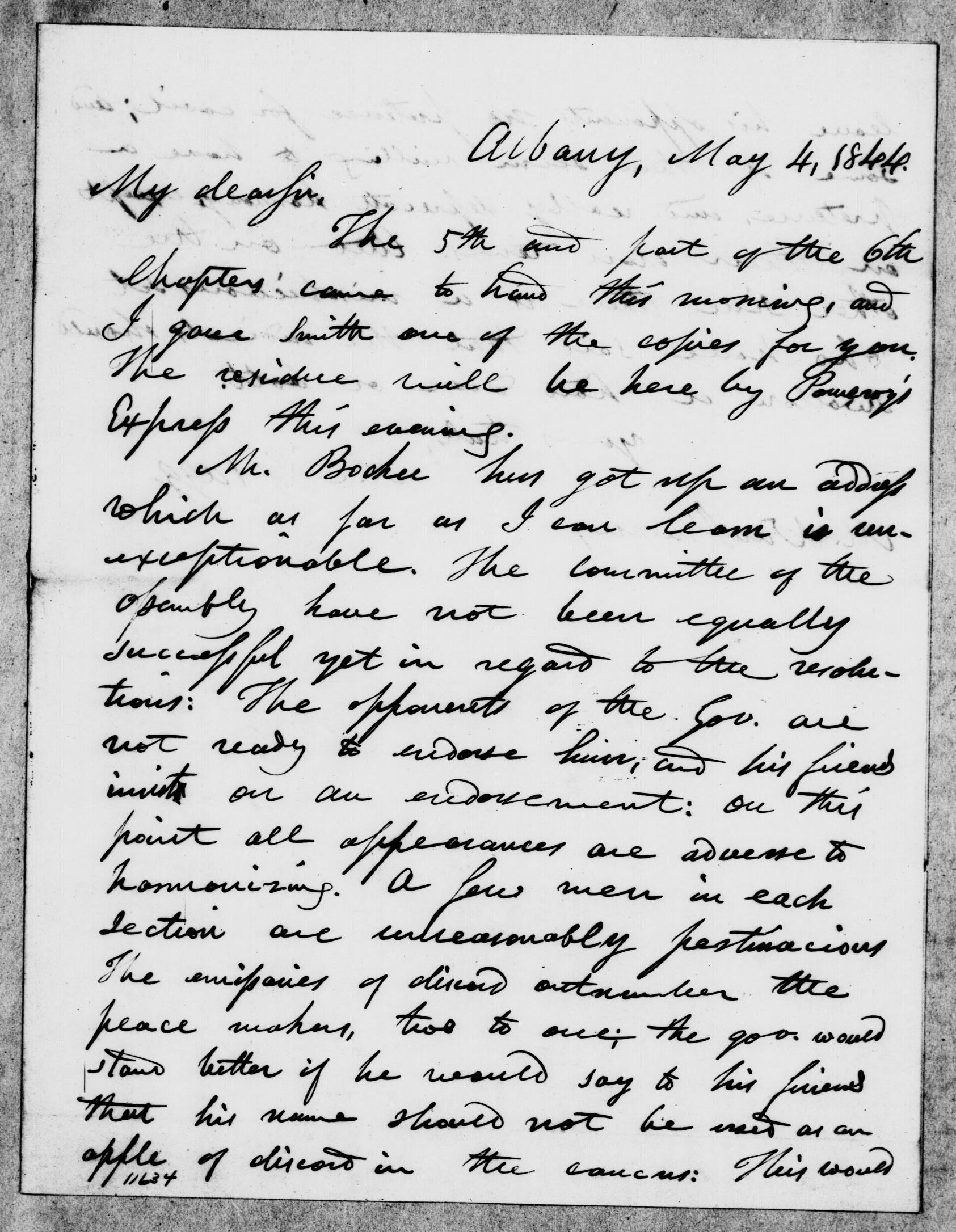 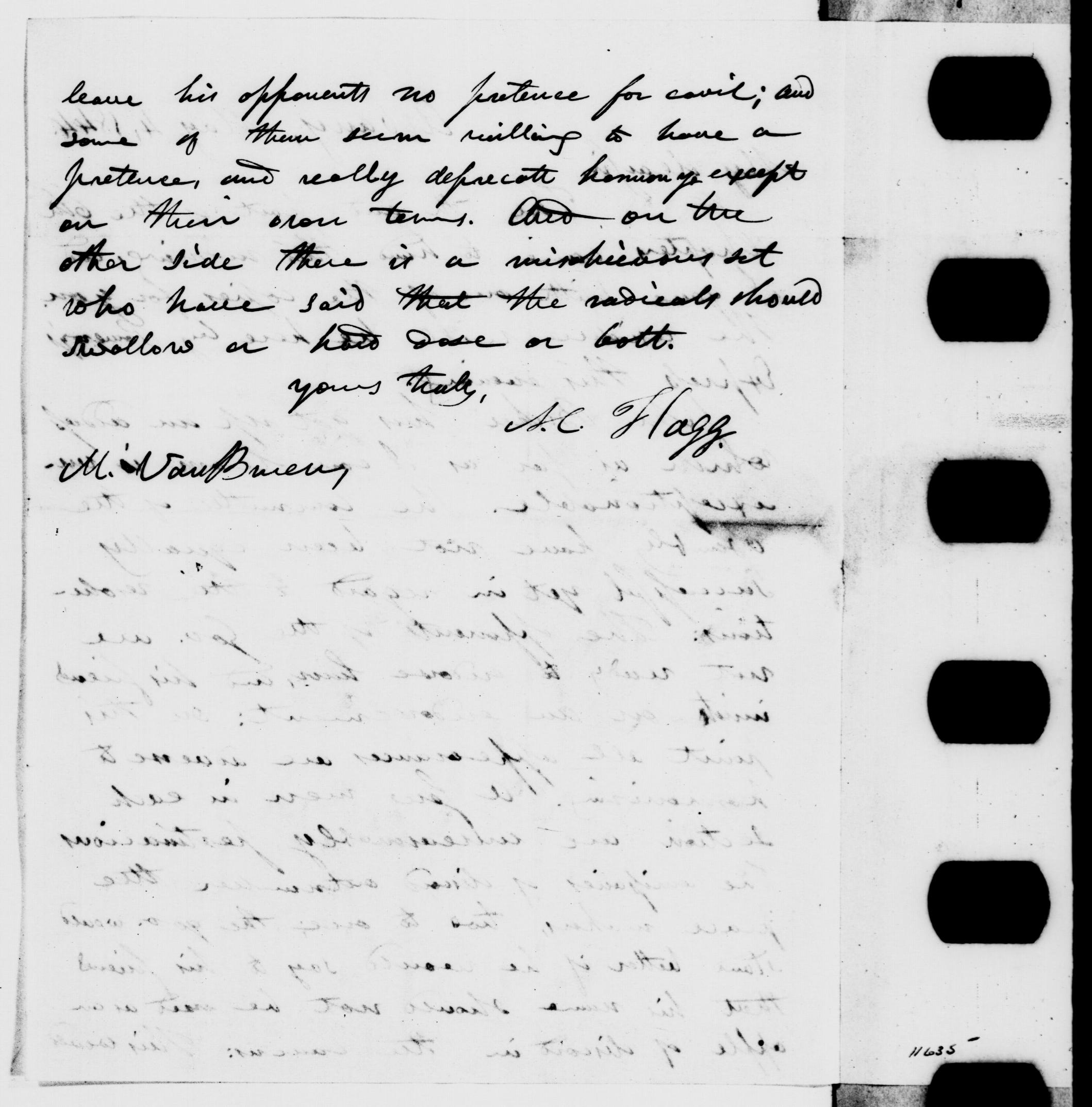 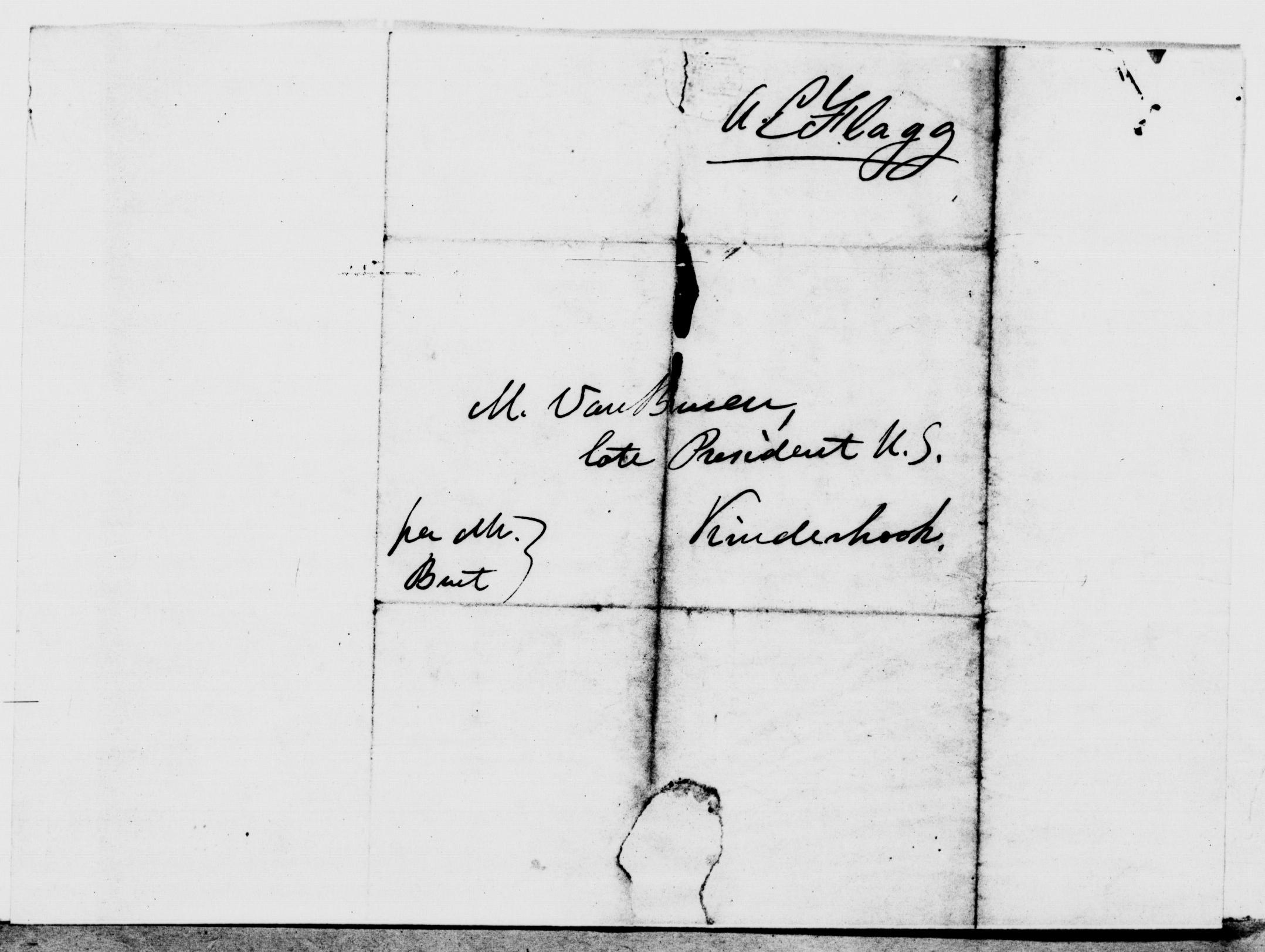