I am not sure whether or not I requested you to send me a copy of your plan of Democratic Associations.

The disaffected of all sorts and shades take encouragement at the present aspect of the Texas question, the rogues are emboldened to speak their real sentiments, and our people here as panic stricken as in Washington. I confess I think that more of this Southern gloom will presently clear away. Our well meaning friends in that section feel a little disagreeably the awkwardness in which they have involved themselves; and are at first really disheartened and dissatisfied that we wont carry their knapsack as well as our own into the fight. But they will soon see more clearly—will re-read your letter—and read it a great deal more favorably to ^their^ side of the question than before—and putting the real view of it before the people, will take a stand upon its grounds. In discovering how much better it is for them than Clays position & how unavailable is Tyler & Calhoun’s, they will draw to them all who are not  principally perverse or hostile.

Meanwhile all that is needed is the nomination. The game of the disaffected elements is to scare us into some other one than the people have intended. When they see that this scheme can not succeed, nine tenths of the croaking we now hear will cease, and these people ^be^ put to the unpleasant necessity of choosing between the Democratic candidate & Mr Clay.

If there is danger in the South, the only thing is to make the <better> battle for the North—especially for New York Penn. & Ohio. With them we can pick up enough of the scattering to make us safe in almost every event.

A very intelligent gentleman—somewhat of a radical—who has been a great admirer of Calhoun, told me an hour ago that he was ashamed he had ever been in favor of a man who could do so foolish and <unmotived> a thing as the letter to Packenham; and that, having read all the documents, he was satisfied that there was but one wire man among all the writers. 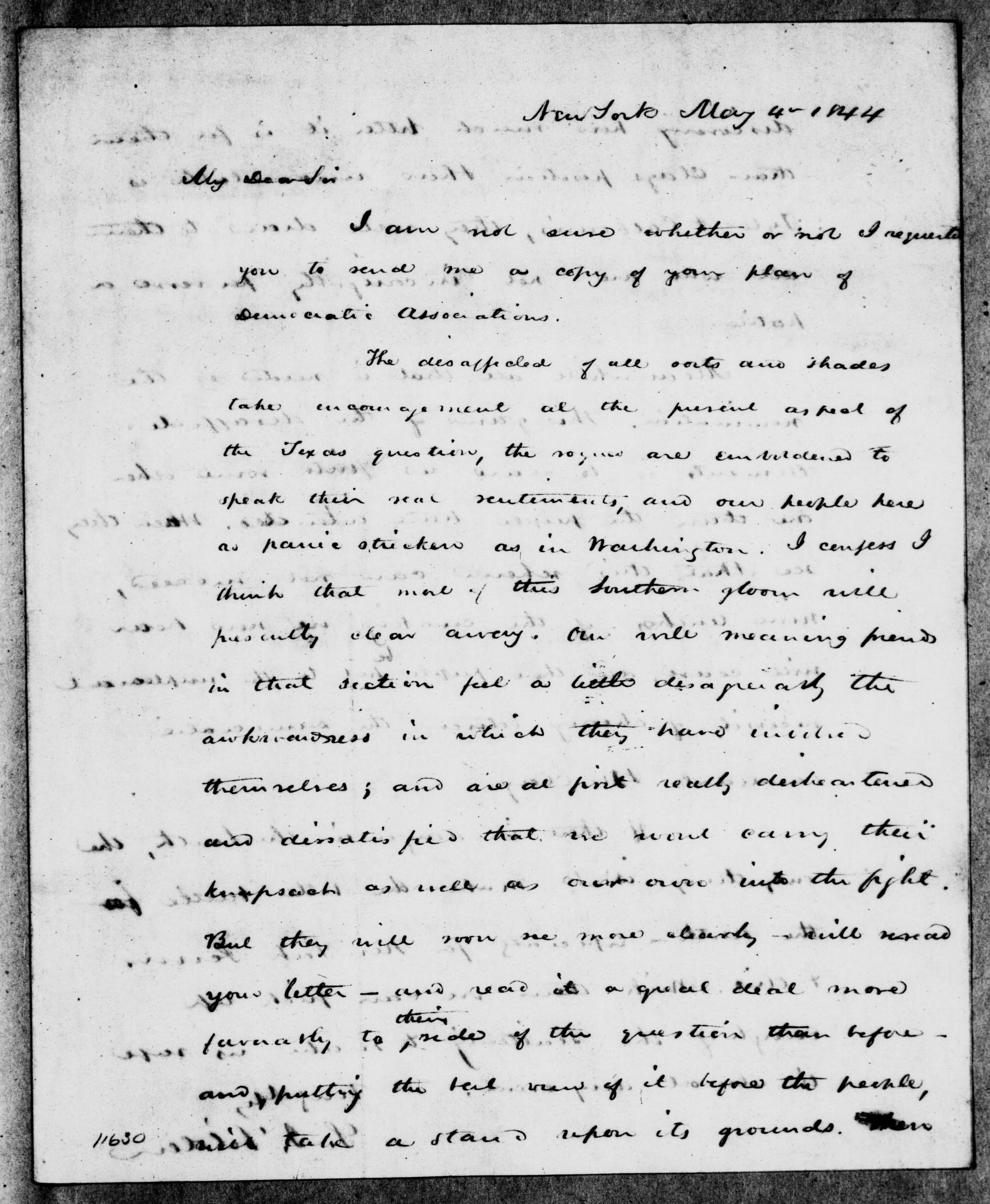 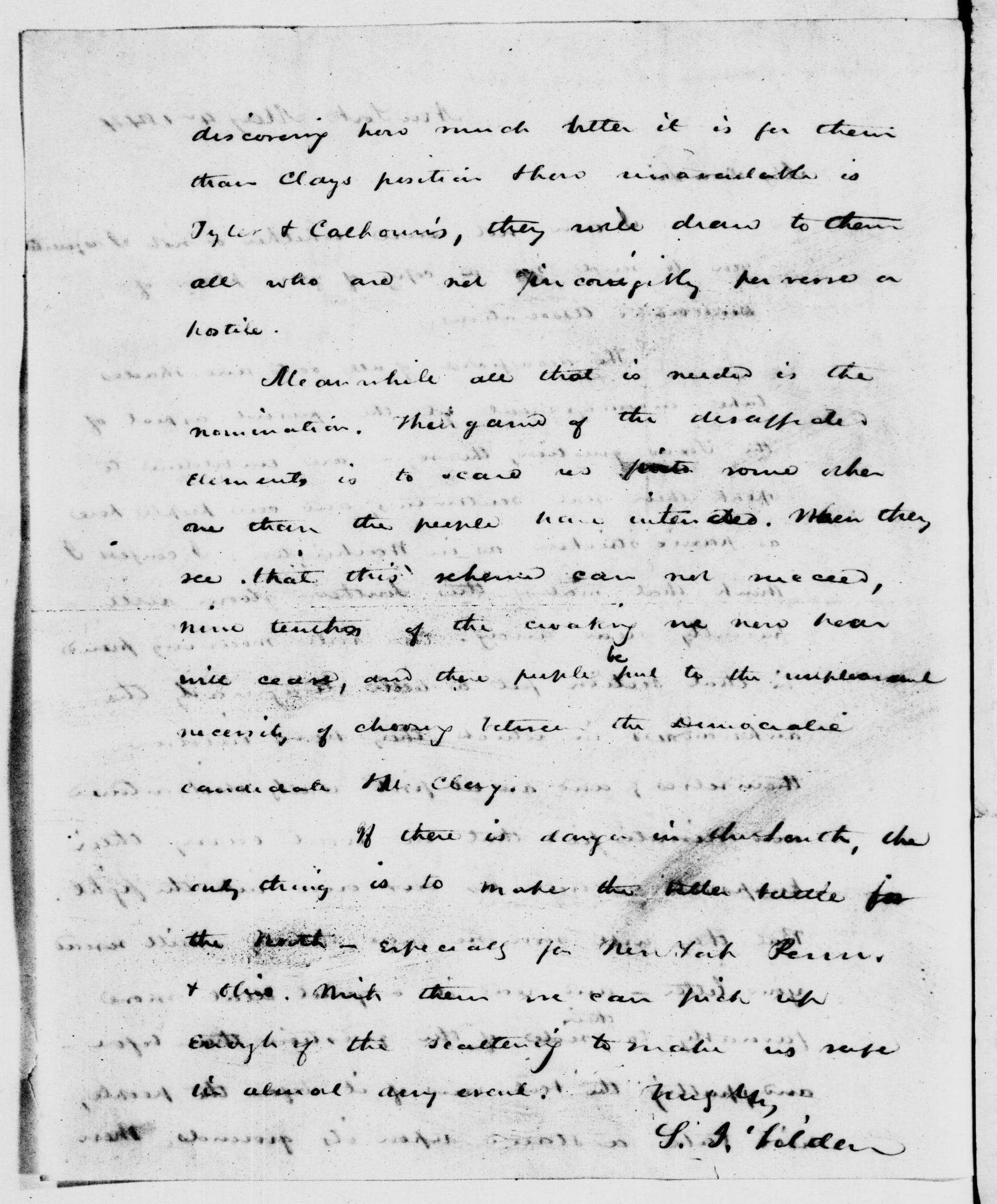 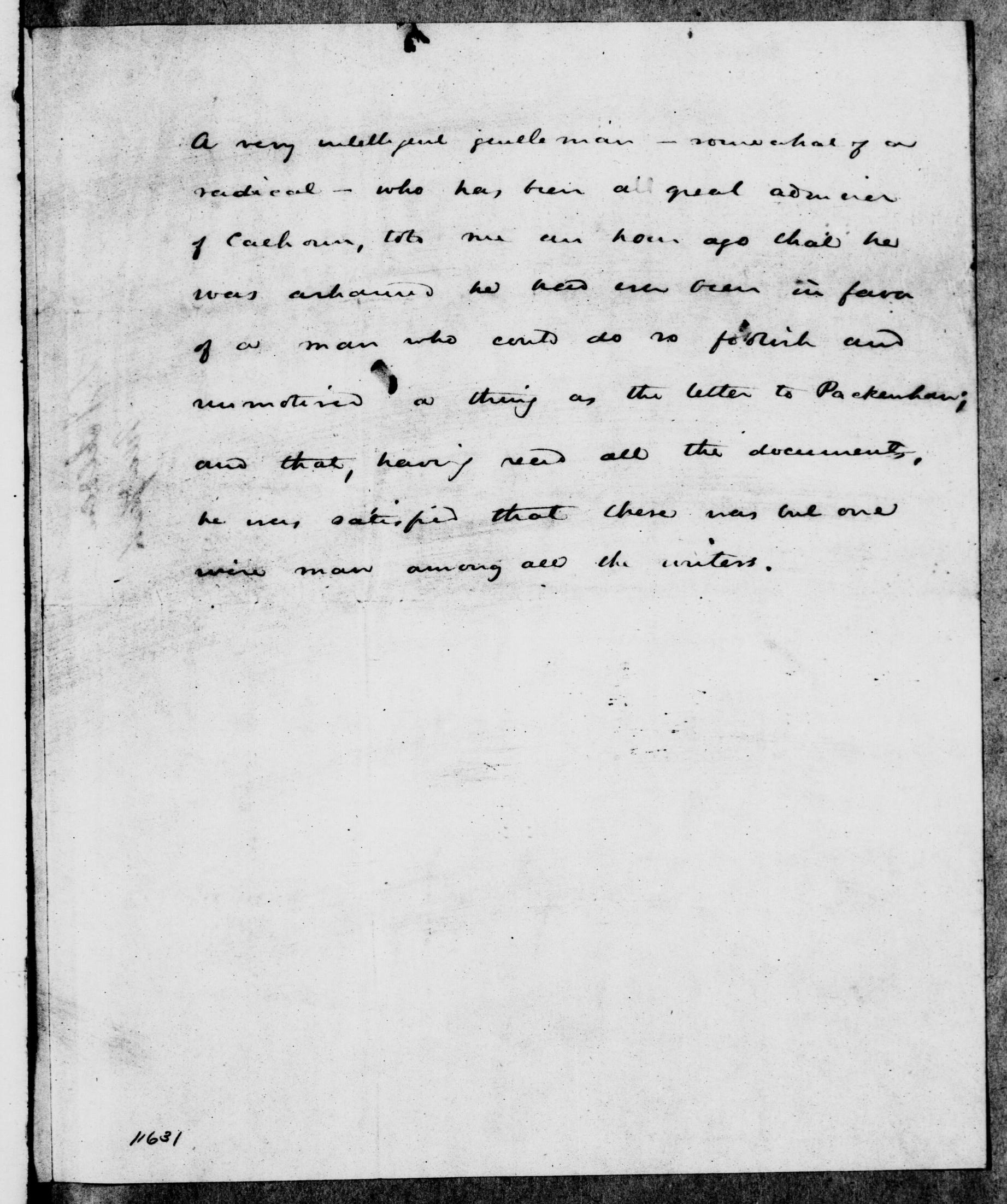 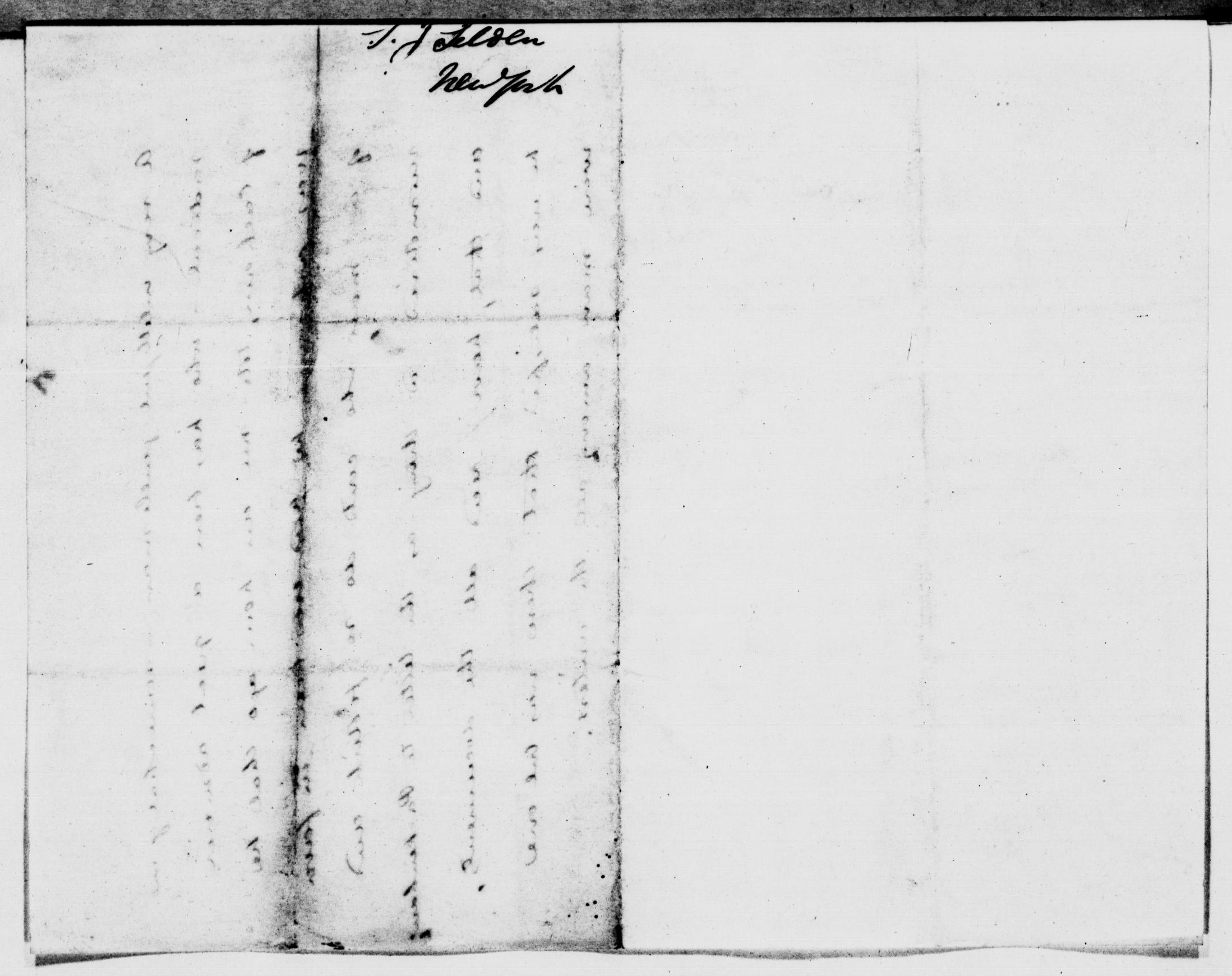