Under the belief that it is the right of every free Citizen in a free government, to know the opinions of those who aspire to public Station, upon great public questions, as one of your warmest supporters in 1836 & in 1840, & as an unpledged Delegate to the Baltimore Convention, I desire particularly to know your opinions as to the Constitutionality & expediency of immediately annexing Texas to the United States, so soon as the Consent of Texas may be had to such annexation.

The letters of Mr. Webster & General Jackson on this subject—the refusal of the Legislature of Kentucky to pass approbatory resolutions—the votes taken in the Legislatures of Pennsylvania, New York, &, as I am just informed, Maine, and the impression that Mr. Clay will oppose the annexation—give great importance to your opinions.

It is believed that a full & frank declaration from you, favorable to this great object, will be of great service to the cause, at a moment so critical of its destiny, & should you recognize my right to enquire & your duty to answer, I shall be greatly obliged to you for a letter setting forth ^your^ opinions, promising that if it be favorable to annexation, I will, on account of the great effect it must have on the issue of this question, give to it Early publicity, and if otherwise, that I will publish it only in time that your opinions may be fully known before the action of the Baltimore Convention—unless you require its immediate publication, in which event, I will also comply with your request.

Pardon me for suggesting that should your opinions be favorable to annexation, the weight & influence of those opinions will be doubly enhanced in the estimation of all true friends of the measure, by the Earliest possible public avowal of them before the Country.

Should you decline to reply to this letter, which I can scarcely anticipate, I shall take it for granted that you deny my right to enquire, or your duty to answer as to a great public question, upon which you do not choose voluntarily to disclose your opinions. 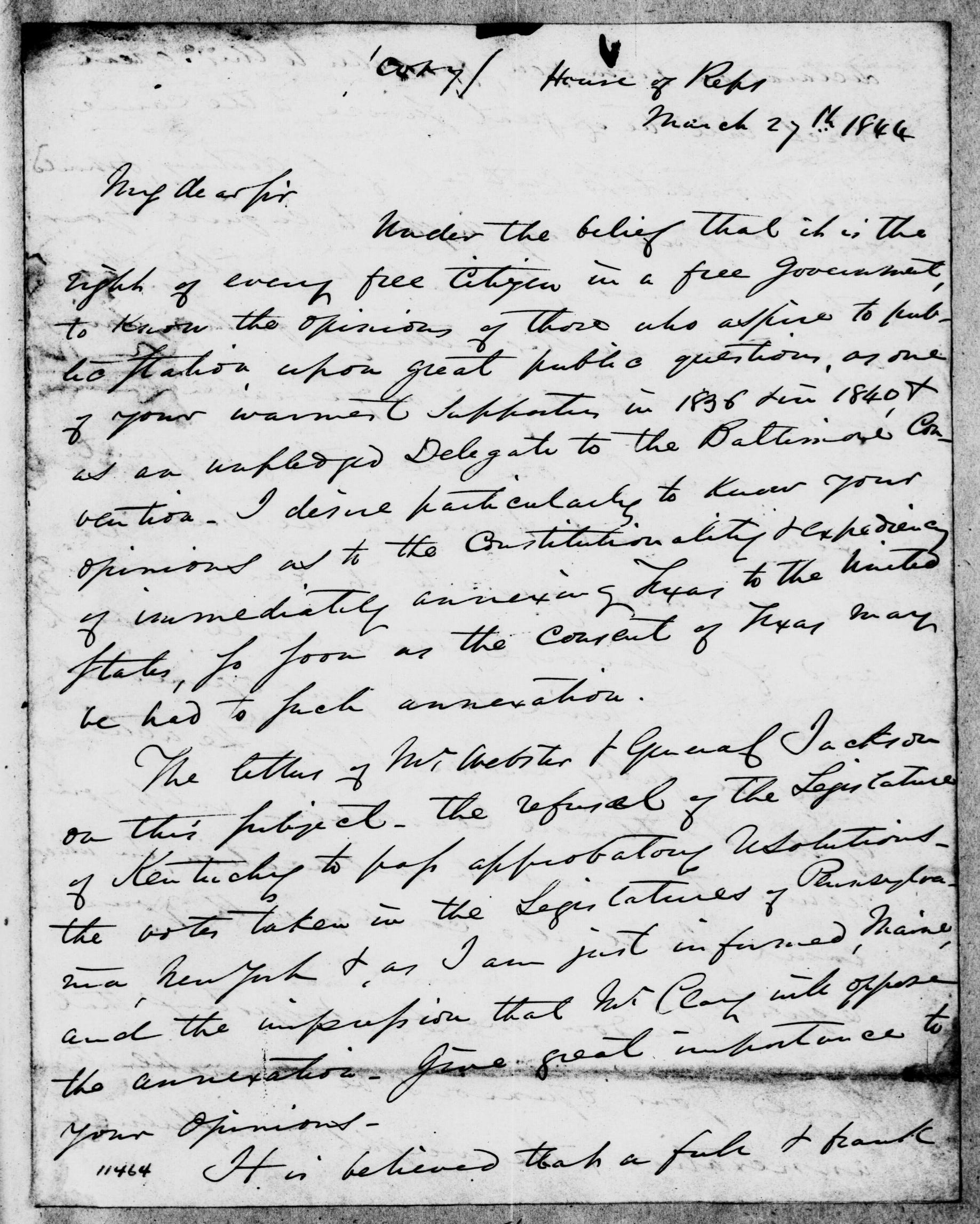 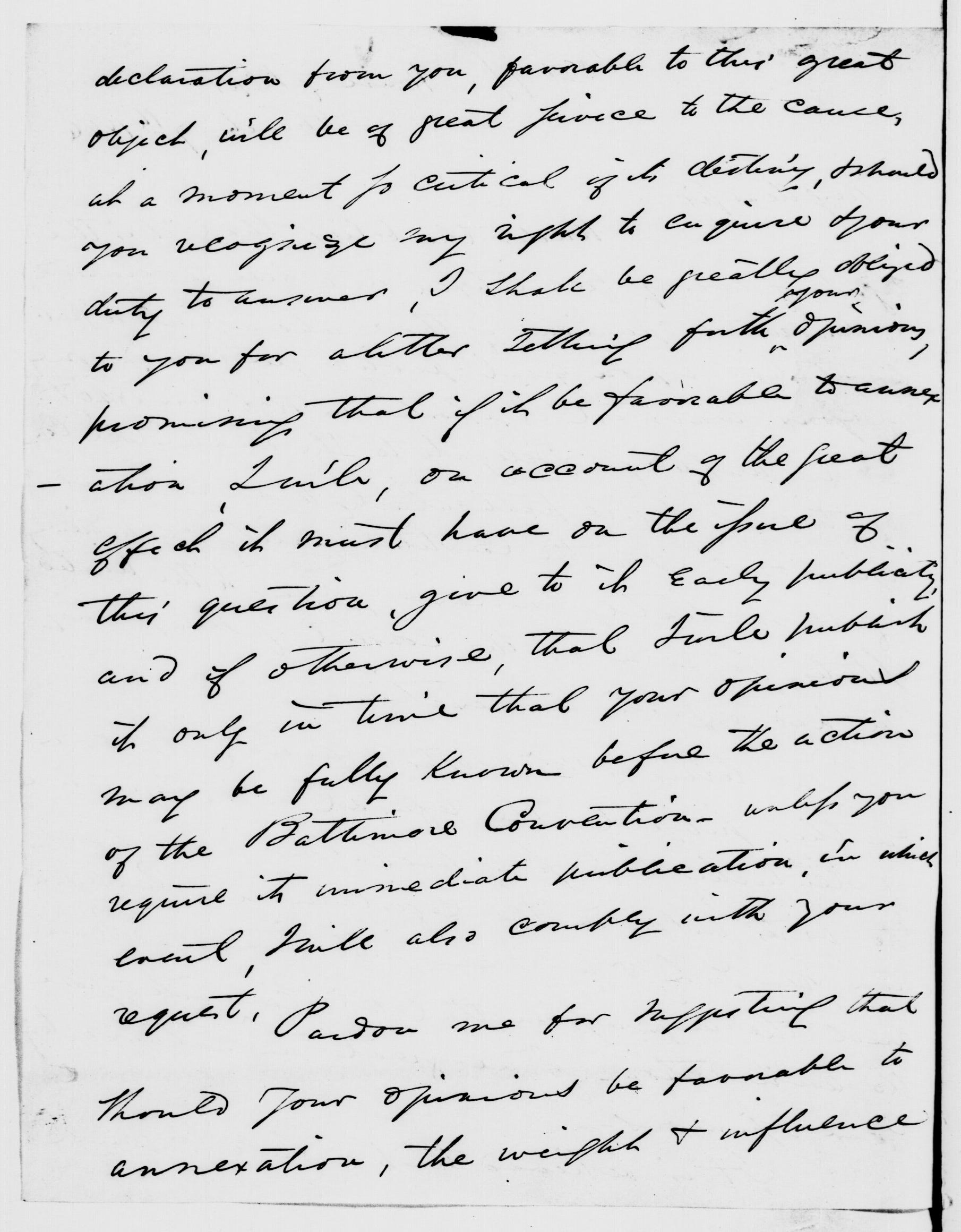 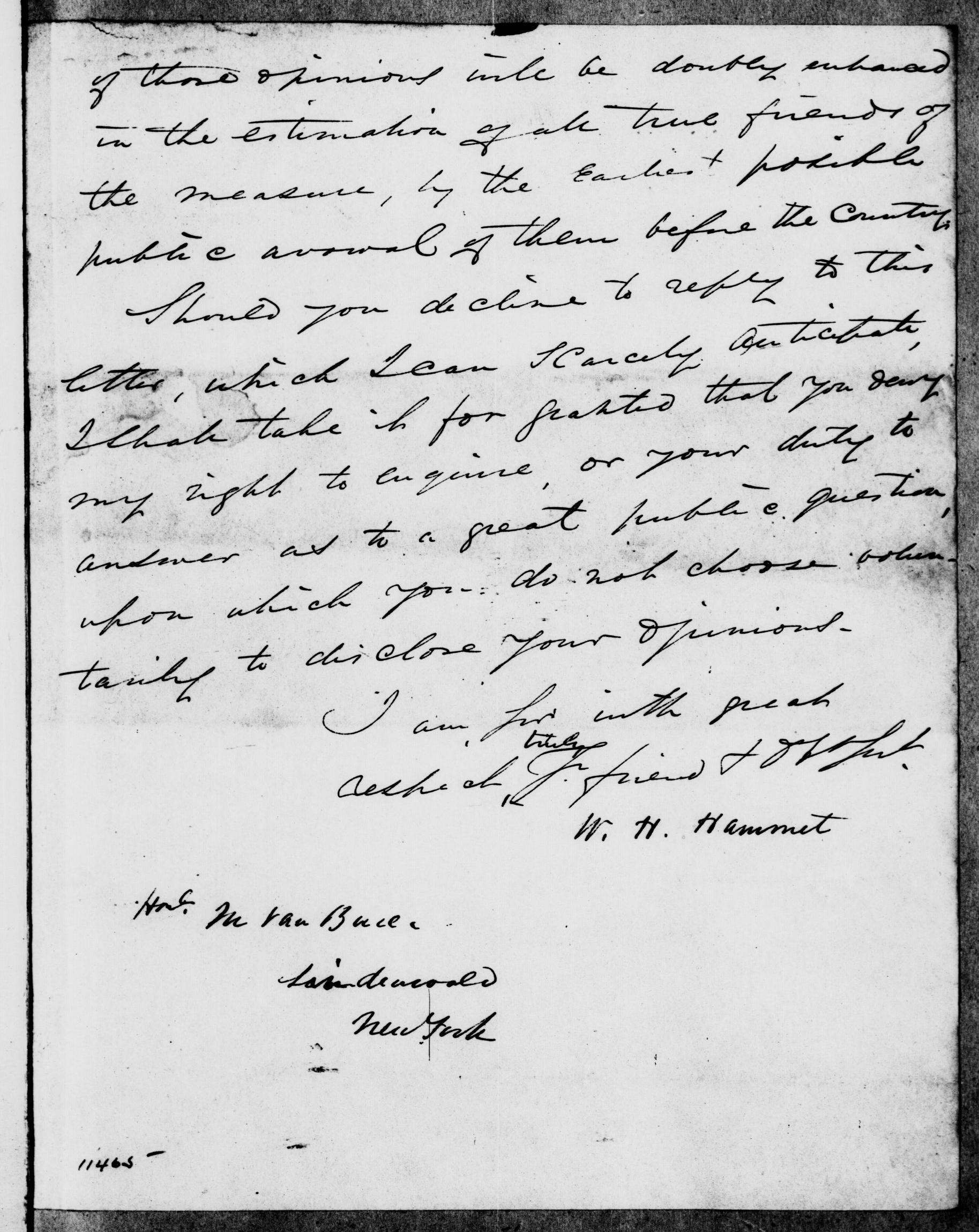