Your letter with its enclosure to major A.J. Donelson is received, and the enclosure handed to the major, who a few days past returned home from below.

When I wrote you on the subject of the vice presidency, I well knew you could not with propriety interfere, but as I well knew, that the battle would be a severe one, and that the republican Democratic party ought to do no act that would weaken your election, or ^and^ the success of the great cause in which they were engaged, it was due to that friendship that exists between us, that you should be apprised of my real opinion on the subject, and as the Democratic party was fighting for principle, the opposition for power, that every patriot ought to adopt the motto, “every thing for the caus & nothing for partiality to men,” that you should know the feelings of the South & West & that you might if you thought proper make known to Mr vanderpool my opinion on this subject, and I do believe every true patriot will act upon the subject, “every thing for the cause,” and those who do not are not entitled to the name of patriot.

I have wrote to a few of my friends confidentially, as I have to you, and I now tell you, if Col Johnson is the nominee, it will loose the democracy thousands of votes, Jeopardise this state, & surely loose Kentucky

Having done what I conceive my duty to patriotism & my country, I cheerfully submit to whatever the Baltimore convention may do.

It is sufficient for me to hear the opposition here & elsewhere praising Col johnson, urging on the democracy the propriety of taking him up & pointing to his scars, & the cruelty of not rewarding him. Would such language escape them if they did not know that from causes, <illegible>, that Col Johnson was the weakest candidate that is named, and if he takes the field in Kentucky, that he will weaken the cause & strengthen Harrison every where. He will not in any speech say any thing against Harrison ^or expose his opinions^. I shall add no more but barely remark, that if Johnson is selected, the democracy when too late will see their error. May I be mistaken in my fears, and may all terminate well for the success of the cause.

With my respects to Mr Blair & his family, say to him I have recd. his letter and will reply to it soon. With my kind salutations to you & all yr Household, I remain very respectfully yr friend, 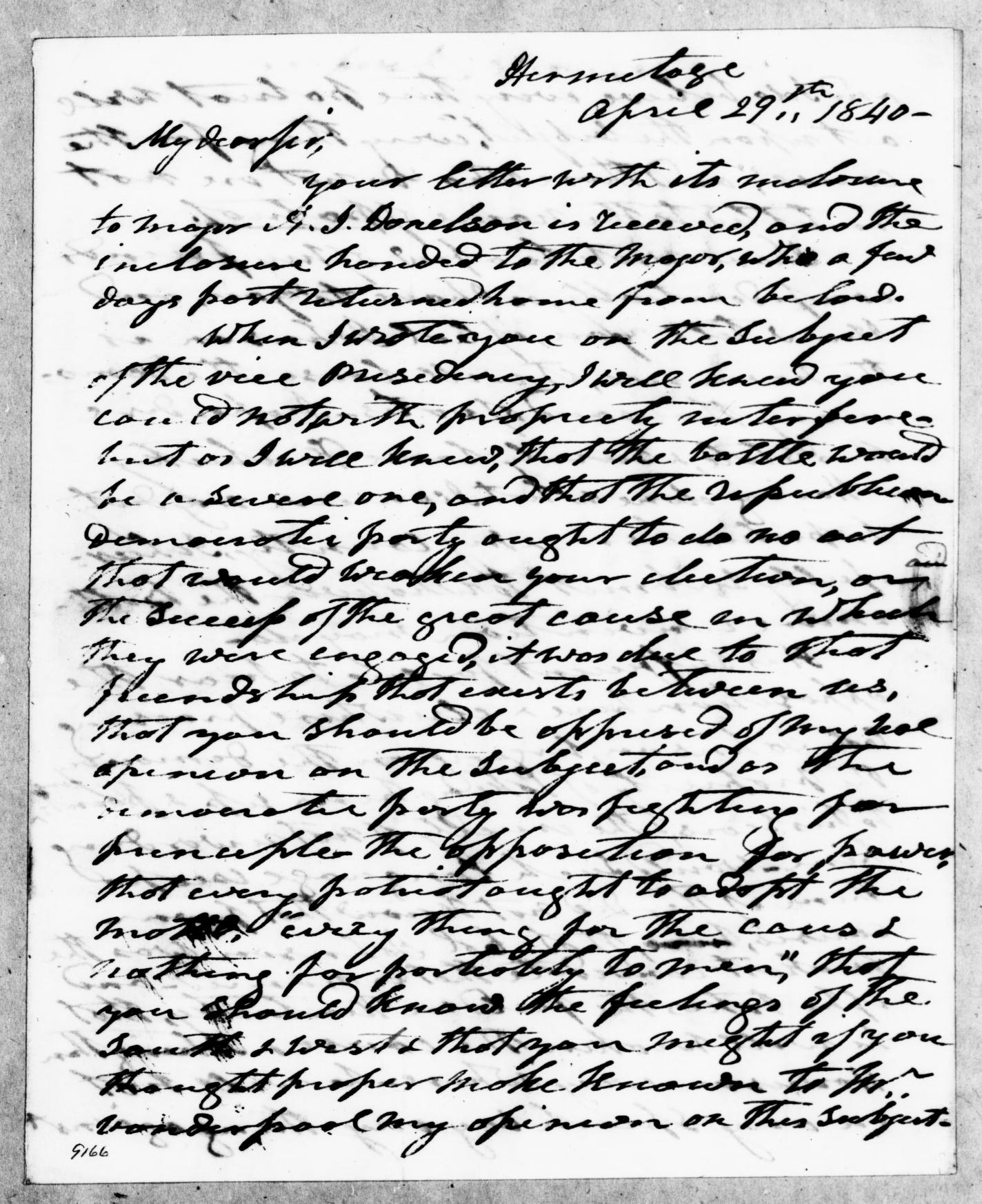 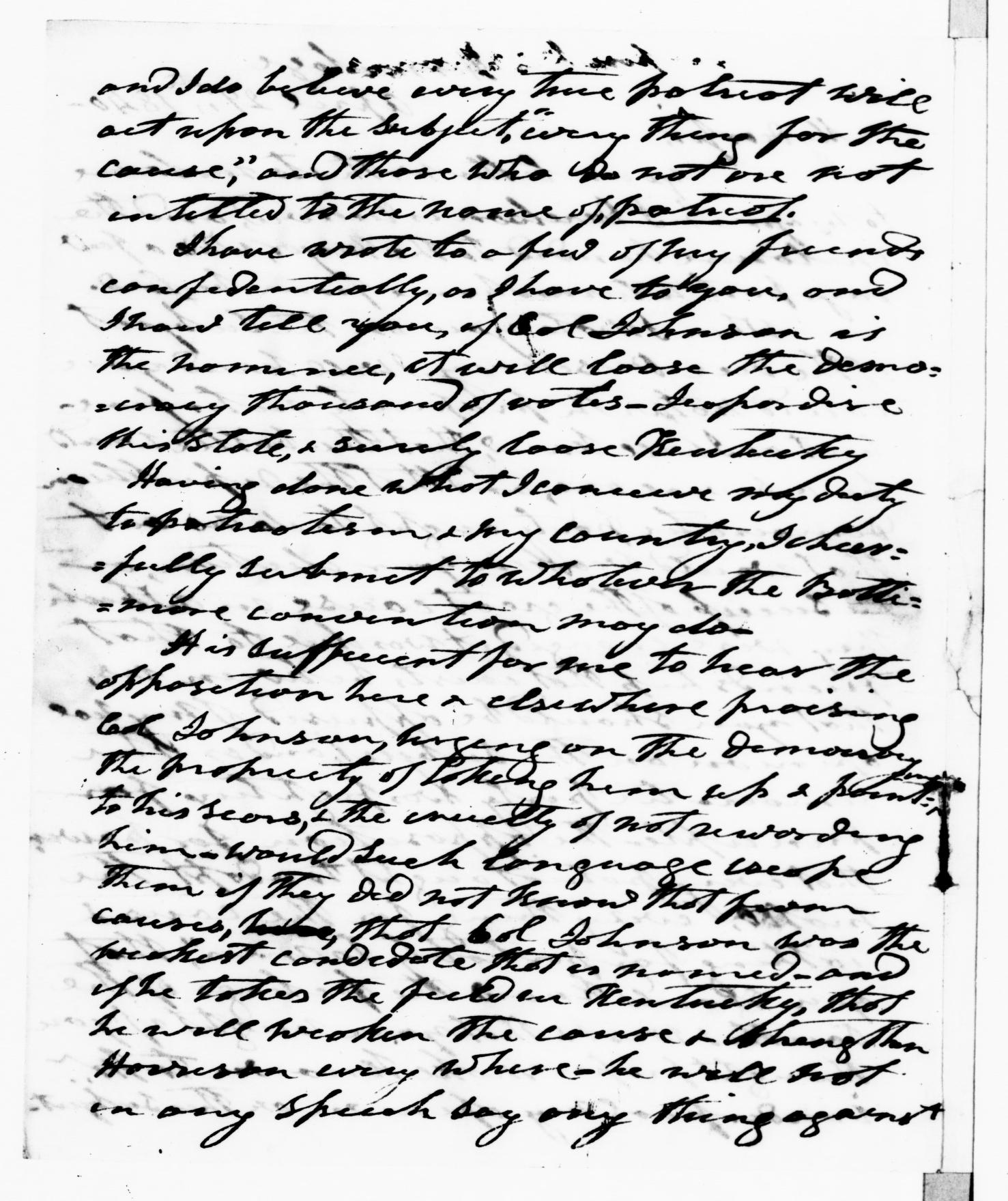 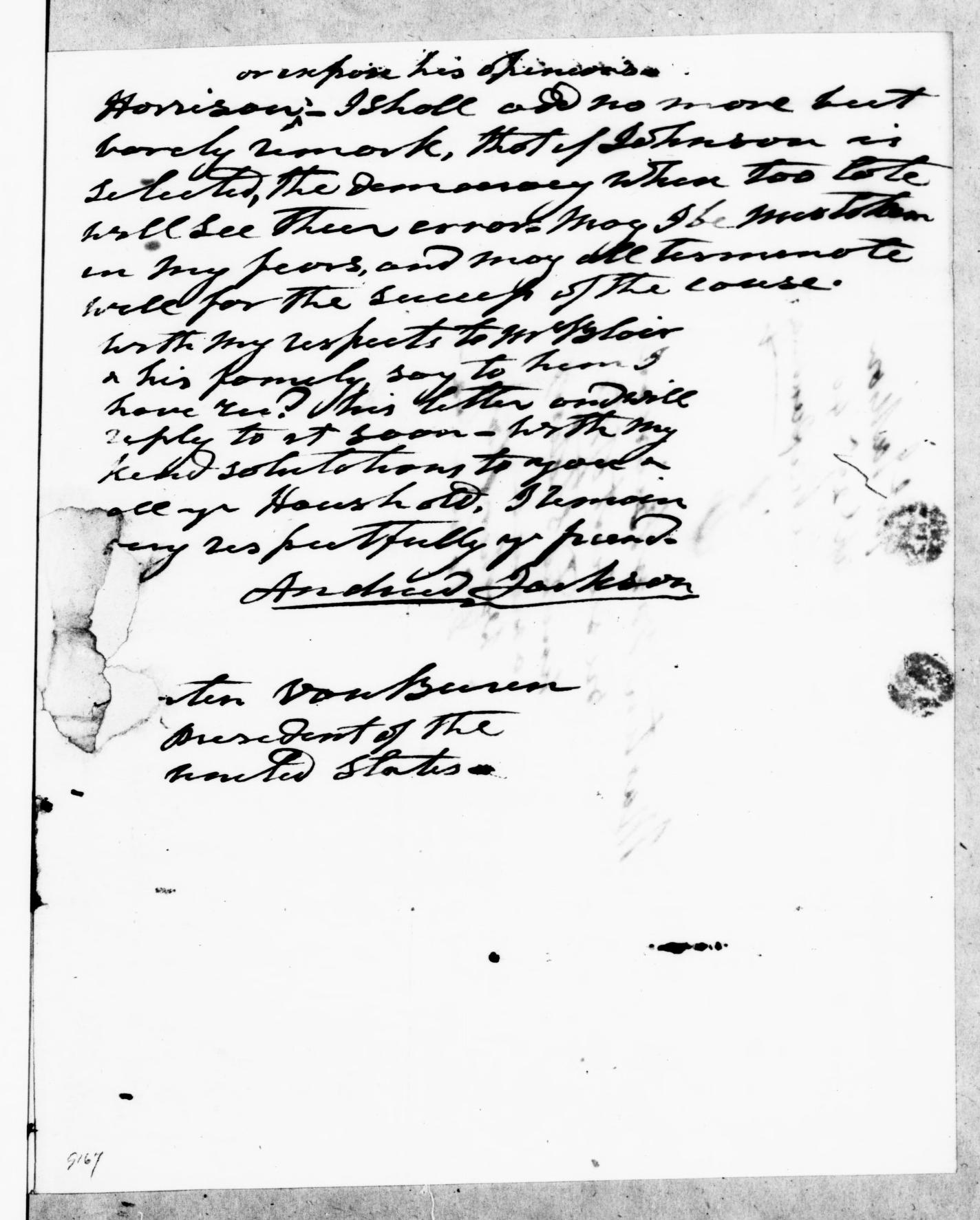 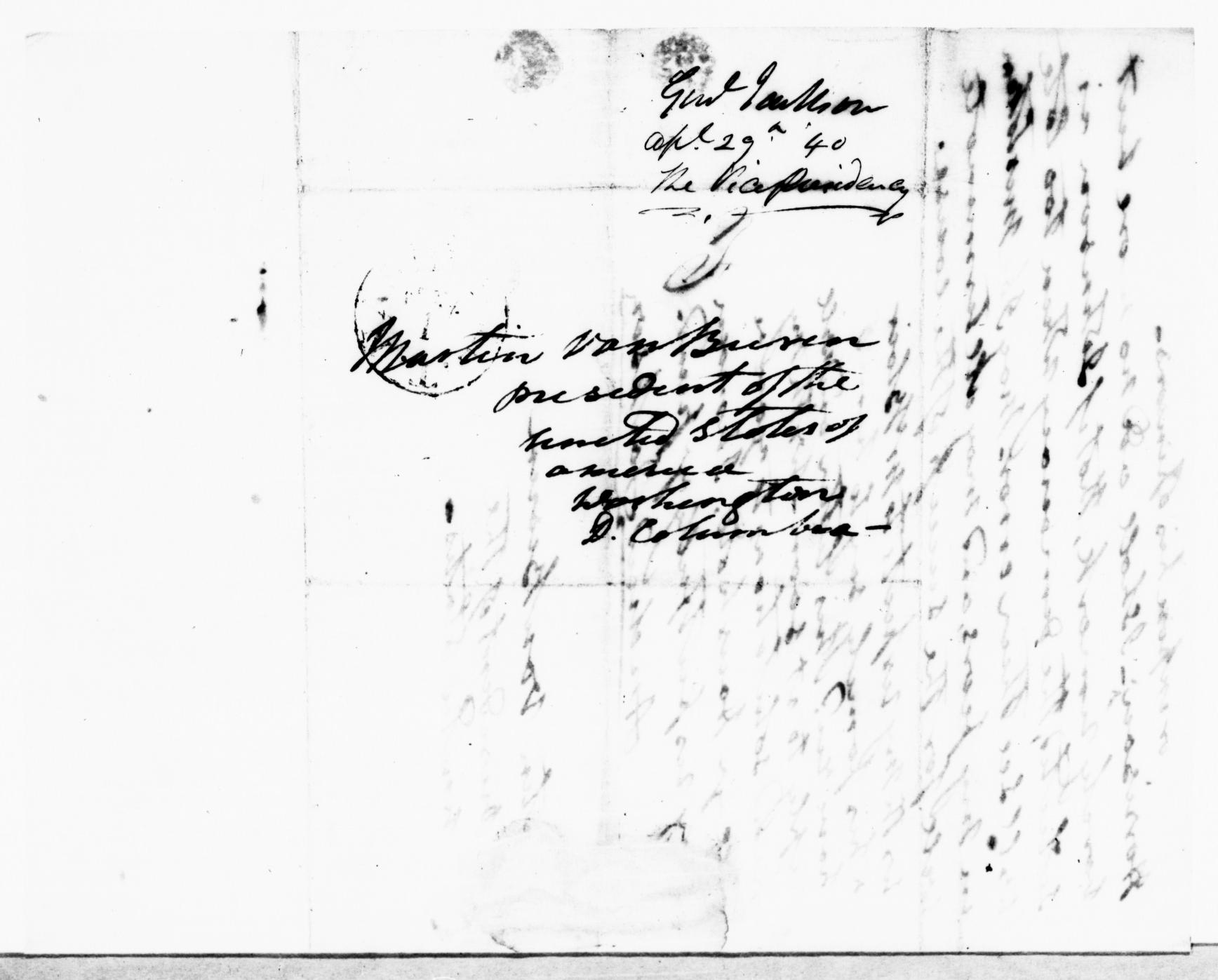