Mr. Fisk having urged me to write something for the antient Dominion the enclosed was hastily composed from ^after^ my last communication with you—I hope it is not too personal either in applause or disparagement of the respective persons named. This <illegible> as I said to you affords canvass enough for a large and striking picture if it were not <erring> to indulge in that sort of personification. I am at least malicious so far as to wish that some one would draw it for me to read

Ben Rush writes that Mr Stevenson was very much annoyed at Ld Melbourne’s first reply to Wellington’s attack on us. It would be quite effective I think if in refutation of such impertinencis armed governments were officially made to see how republican nations are always—at least that we are—better able to restrain our own people from disloyal acts and better prepared, tho’ without fists & warlike munitions for hostilities than those who rely on regular force for everything. All we want is a few steam frigates on the Ocean and lakes which I am I wish we had

My impression is that there will be neither war nor a settlement for at any rate a year or two, and that angry defiances will prevail meantime. Judge Wilkins says, I understand, that Metternich told him he never witnessed a game better played than that by Gen. Jackson against Louis Philippe. But you have a much greater part to perform—and will you excuse my guarding you against the slightest undue concession into which your praiseworthy love of peace might betray you. After all what audacity it is in a country three thousand miles from ours to take position at our very doors and bully us. I predict what I wrote to you about sometime ago as to happen perhaps in spite of your wishes. From the mouth of the Columbia to Nova Scotia the English betray [. . .] and will continually <illegible> upon us while they outrage the south by treating all slave property as unlawful. Nothing but an American position will avert war. Perhaps war it will not: but if it does not, any how it will be right to assume & abide by it. I mean to revive and reinforce Mr Monroe’s doctrine of ’22 that we are a world by ourselves and mean to be always masters in this hemisphere. Whenever that ground is taken by us, Great Britain will cover our coasts with fleets and fill her American possessions with armies threatening and <demeaning> us—but no more. She will yield rather than come to blows if she finds us unyielding If she don’t, why the position we take ensures our armies enough while quarrelling and before fighting and being ready if there must be hostilities to kick as hard as she and harder too. I dread concession as the least politic, least peacemaking and most unpopular act you can do. 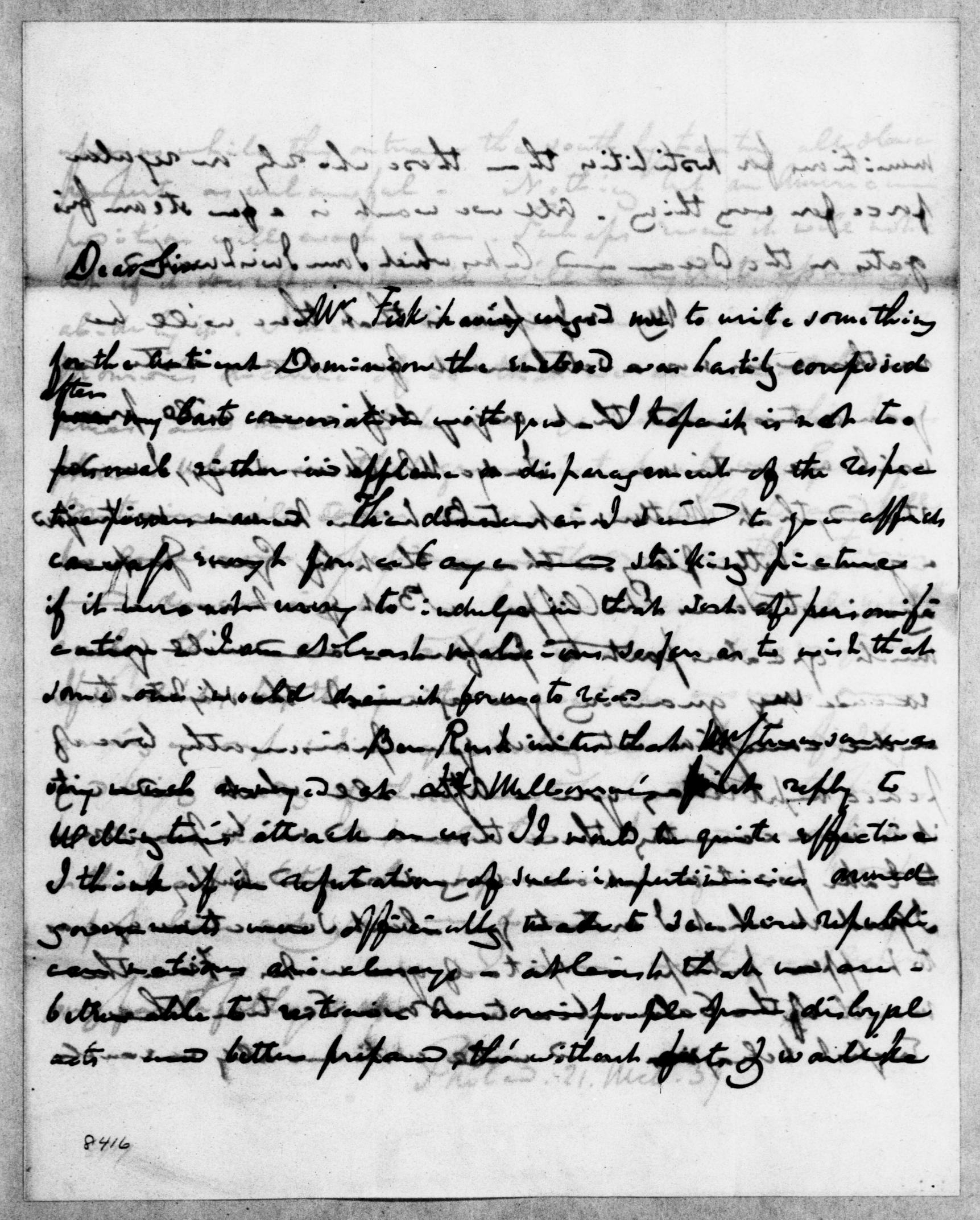 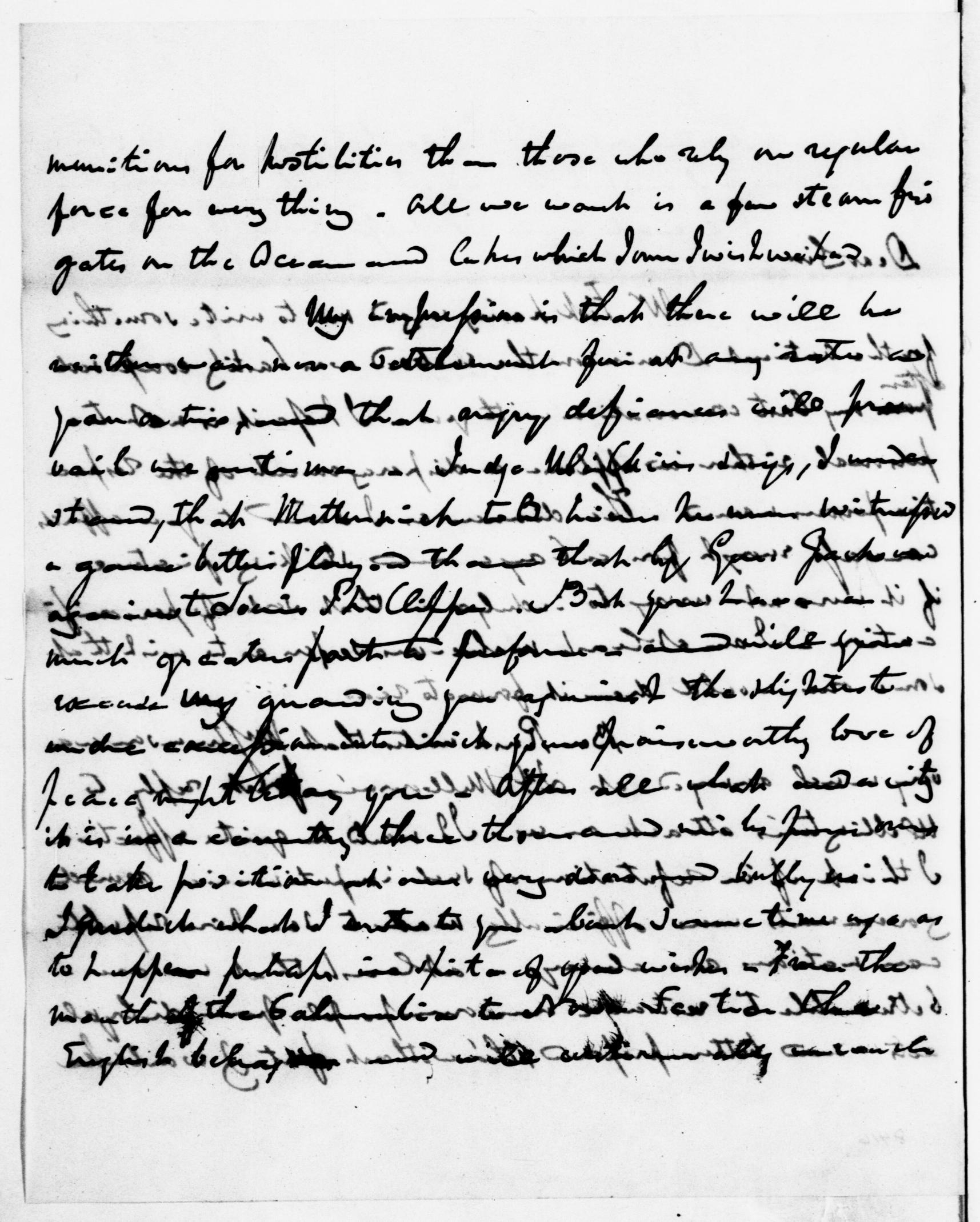 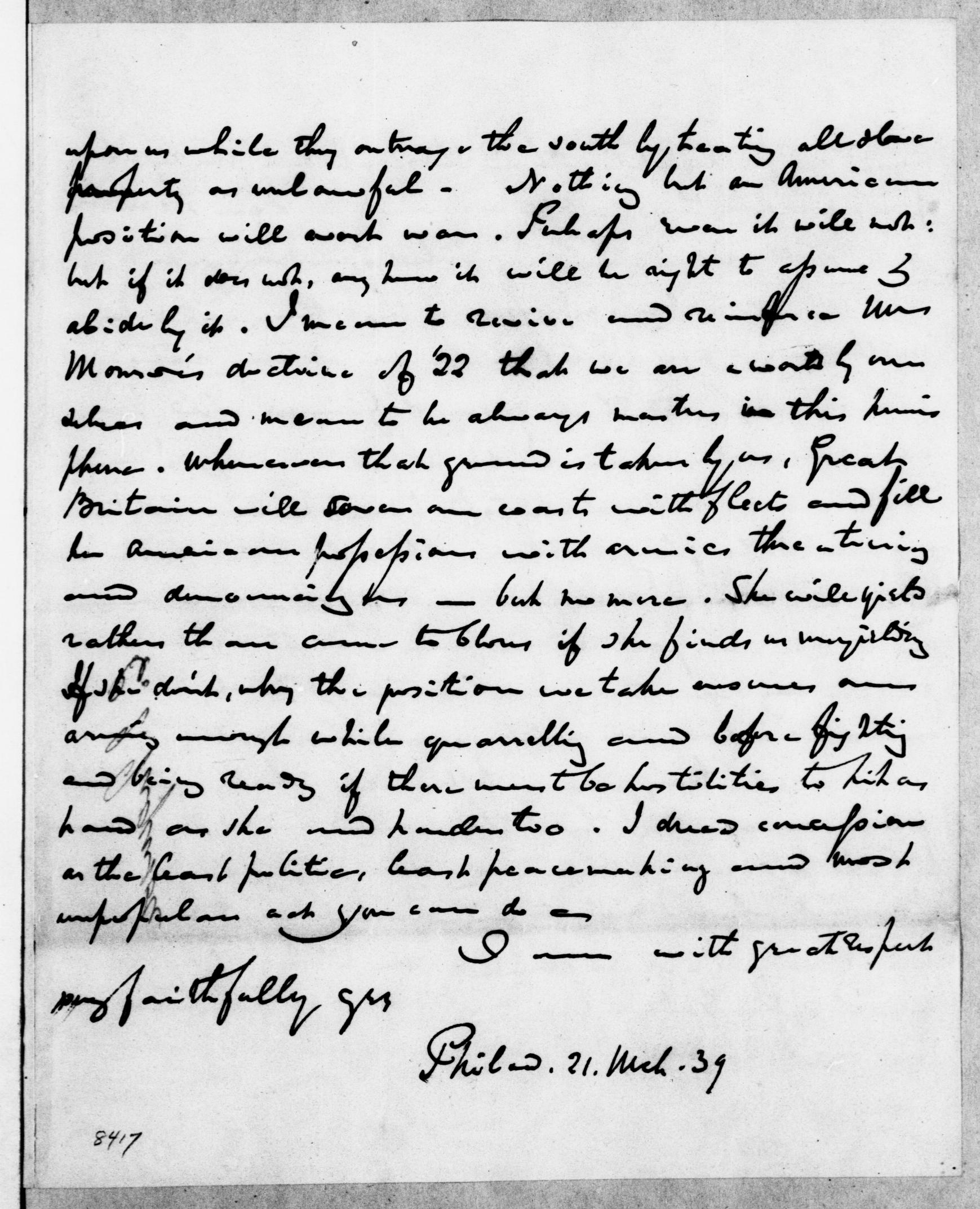 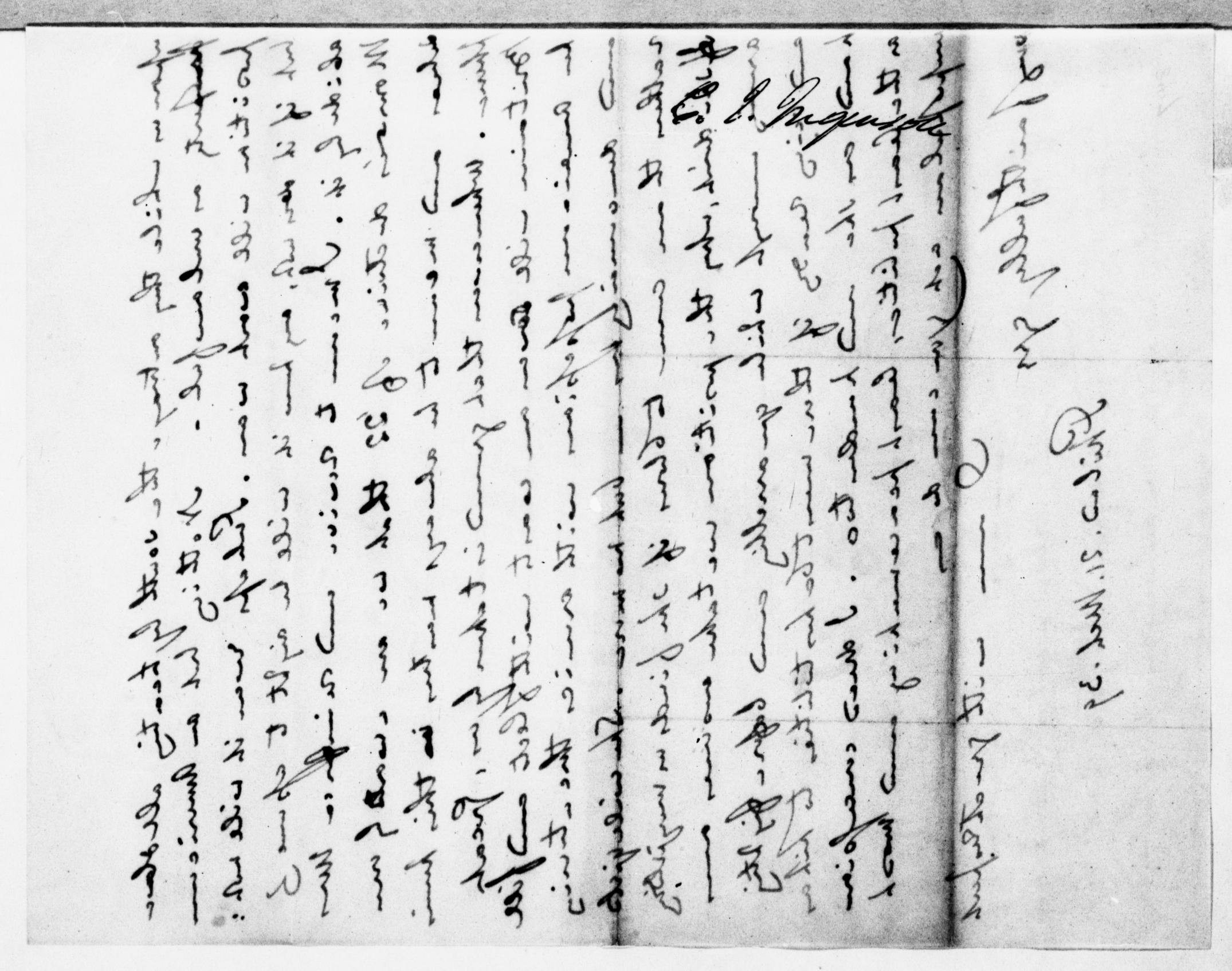